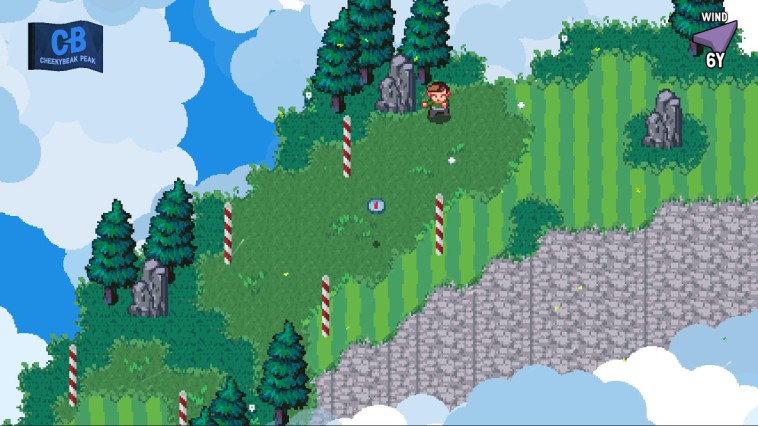 There are a lot of things in this world that I’ve played with a certain level of disbelief. Soda Drinker Pro. Hatoful Boyfriend. Literally any game starring Rance, the worst protagonist in the history of mankind. But I still was not prepared for being fully, totally invested in a golf RPG that combined the aesthetics of Harvest Moon with the serious dedication of grinding up my sand wedge game. I have no problem with becoming enamored with something that I would normally dismiss, but I can honestly say I was totally unprepared for Golf Story.

As you might suspect from the title, Golf Story tells the tale of a young man who, when he was young, dreamed of becoming a pro golfer. Somewhere along the way, possibly because of geese, he lost sight of his dream, and fell into doldrums and despair. But, wanting to live out the wish he and his father shared, he returns once more to the country club where he played as a child, hoping for a shot at redemption and glory, and also to get his stroke down to under 80. Along the way, he makes friends, changes some minds and even uncovers a sinister plot by the corrupt new management, whom our protagonist must take down in order to save the reputation of the golf course he once called home. It’s strange, it’s offbeat, it has an unnatural number of balls lying around, but it’s totally compelling and will draw you straight into it head first.

Let’s get this out of the way: there’s a lot of golf in Golf Story. It would be false advertising if there wasn’t. I played so much golf in this game it boggles the mind. There is literally a dedicated button on your controller so that, wherever you are outside, you can simply drop a ball and swing away in any direction. This game is not for golf enthusiasts and purists of the sport: I actually think NEO TURF MASTERS would be a more serious approach, or even Infinity Minigolf, since all you do is golf. But golf is the main crux of the game, so, if you absolutely cannot stand golf in any way, shape or form, you won’t enjoy golf story. Which is a shame, because you’re missing out on something big. 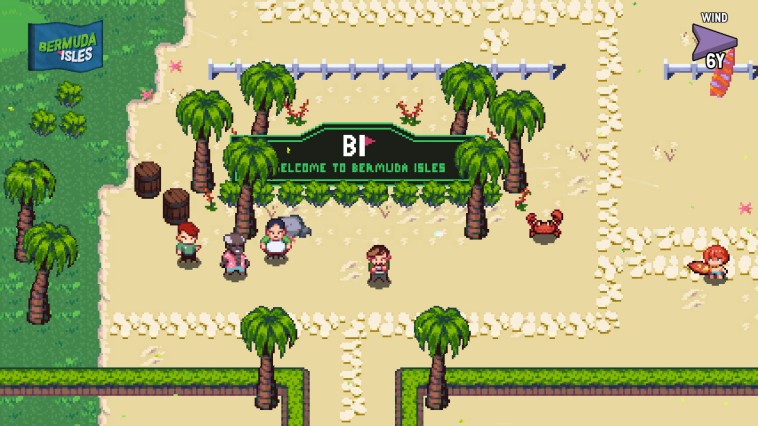 The RPG factor is handled in such a well done factor that I can’t believe Sidebar Games hasn’t done a title before. In order to progress anywhere, you have to talk to people and end up doing quests and missions (which, surprise, are usually golf related). You collect cash from doing errands in order to buy stuff, but gaining cash also is your experience bar, and you level up after gaining so much money. Leveling up isn’t an auto-stat boost, but, like other classics, you can dump your points into certain attributes, like power, accuracy and spin. But Golf Story shocked me even more by having logical balancing for each stat. The straightforward approach seemed to me to just dump all my points into power and call it a day, but doing that drastically changed my accuracy, so much that I was a full 15 degrees off my shot at one point, and needed to balance out my stats FAST. Not only does the leveling design force you to be considerate of your player, it also acts as an airbrake to keep you from becoming overpowered and bored with the game too fast. Very wise.

I also can’t help but use an adjective that I rarely ever drop in a game review: charming. Golf Story is absolutely charming in how it speaks to the player and how banter is handled. I found every character to be someone worth speaking to, even if they just wanted to talk about hot dogs or prevent me from going some place. There’s nuance in how the text size changes, how word bubbles will tilt to the side, and how my player sometimes gives answers under his breath while the NPCs are pounding forward with whatever they have to say. I was honestly giggly with some of the moments, such as striking a child with a golf ball to get him out of the water, or ruining someone’s Christmas. The very first shot I took I accidentally hit the snack truck worker in the face, at which point she declared prices has just gone up. I can never forget that moment, because I almost dropped my Switch laughing. 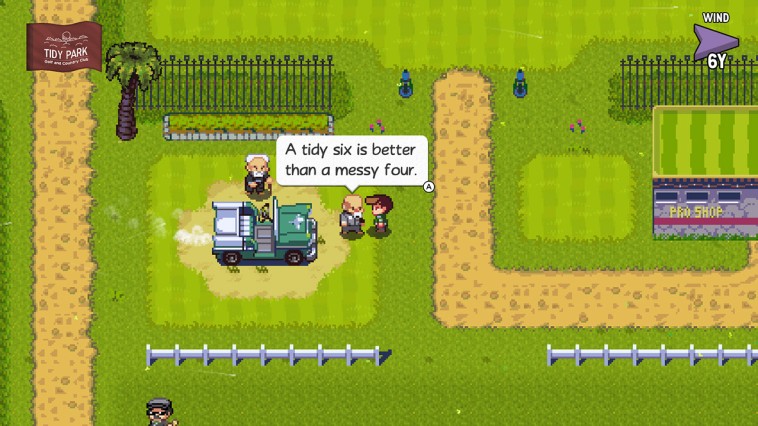 Golf-wise, Golf Story handles the game well with balancing some cartoonish elements with actual golf physics. You have your choice of clubs, wind and slope factor, and the ability to create approaches for shorter shots, as well as “precision mode,” which makes a notch on your swing bar to show you where to hit for precisely where you want to go. There’s also moles that steal your ball, unnaturally awful rough patches, and bunkers you almost literally need to dig yourself out of. If you really want to make it far, you can learn the joys of where to hit the ball to create certain amounts of spin and distance, but, if you’re like me, you just wanna whack the ball as hard as you can, and that’s ok too. As long as you’re aware of the wind, can line up the shot and be somewhat close to the parameters, and don’t accidentally hit a goose (DON’T HIT A GOOSE), you’ll be good to go. If you need to brush up on your game without any implications onto your character (or you don’t wanna backtrack too much wherever you are in the story), then you can play a quick game at any time from the main menu. 9 holes is less than a half hour, so it’s a perfect way to decompress and enjoy golf at any moment.

The HD Rumble, something I haven’t really mentioned in recent Switch titles, is handled marvelously within Golf Story. A lot of games think of the HD as an excuse to simply buzz like crazy with explosions and impact, but Golf Story really uses subtlety to help convey the tiny feedback of things like golf swings, ball drops and minor tremors of emotion. The rumble matches the feel of the gaming graphics, which are cute, detailed and very sweet. It’s got that wonderful 16 bit feeling, which is further cemented by the sound and music, all very relaxing and atmospheric. From a purely artistic standpoint, Golf Story delivers this strong package of inoffensive, inviting presentation, which can really appeal to nearly anyone, especially the new, burgeoning indie clientele that have invested in the Switch.

At a little less than 20 hours of collective gameplay, plus tons of mini games and plenty of replayability, Golf Story is a success in its own right, bringing some real power and positivity to new developers on the Switch. There have been numerous reports of bugs (some game breaking) that the devs are taking very seriously and have started addressing with their first patch. Being one of the lucky ones, I didn’t experience any, but, arguably, I was more intent on finishing the game for my review rather than full exploration, so I’m not saying they aren’t there. But I am saying that Sidebar Games are taking their wonderful project quite seriously and making sure that Golf Story continues to be an adventure that invites everyone in. And, unless you are fully and utterly AGHAST at the concept of golf, I really believe that Golf Story can and should be played by everyone.