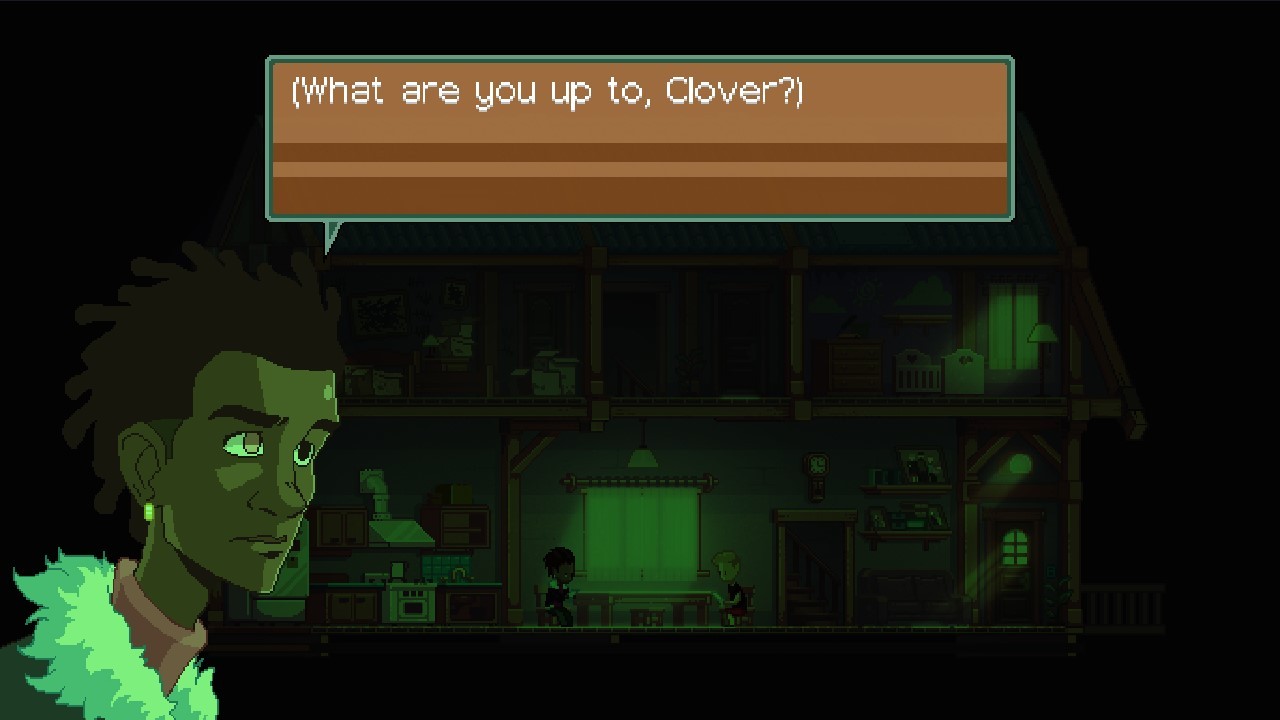 Evan’s Remains started as a Kickstarter Project which after a year is seeing the light of day. Solely developed by Matías Schmied, Evan’s Remains opens with a girl named ‘Dysis’ being requested by Evan, a genius who had gone missing, to go to an island in the Pacific Ocean to retrieve him. Unsure why, Dysis sets out to explore this mysterious island in order to find Evan, hoping to discover the reason she was chosen whilst at the same time learning more about the island itself.

Gameplay-wise, Evan’s Remains is a puzzle-visual novel following the formula of completing a couple of puzzles then treats you with a cutscene, like in the Professor Layton series. The puzzles themselves manage to be simple yet challenging at the same time as they involve navigating a series of platforms to reach the top of a special pillar on the right to jump past it. These aren’t simple platforms though, there is a bit of a twist. Basic platforms disappear when you jump off them, others act as switches reactivating the platforms, some are jump pads, or even teleports. There is no skill required to beat the puzzles, rather it is more about thinking and experimenting and it is extremely satisfying once completed. Of course, having said that, some puzzles do require a bit of platforming ability as it is precise, yet it isn’t overly difficult. After a few attempts, these moments can be overcome with a few attempts avoiding anyone being stuck on a particular part. While there is the option to skip a puzzle in the menu, ultimately there is room to bumble your way through with some patience. Regardless, it is nice to have the option for those wanting to focus on the story. The cutscenes act as a nice brain-break and work to pace out the game in general. There is no denying at the end I was left wanting more but honestly for the price point of Evan’s Remain there is extreme value for money. It was just so good I didn’t want it to end. 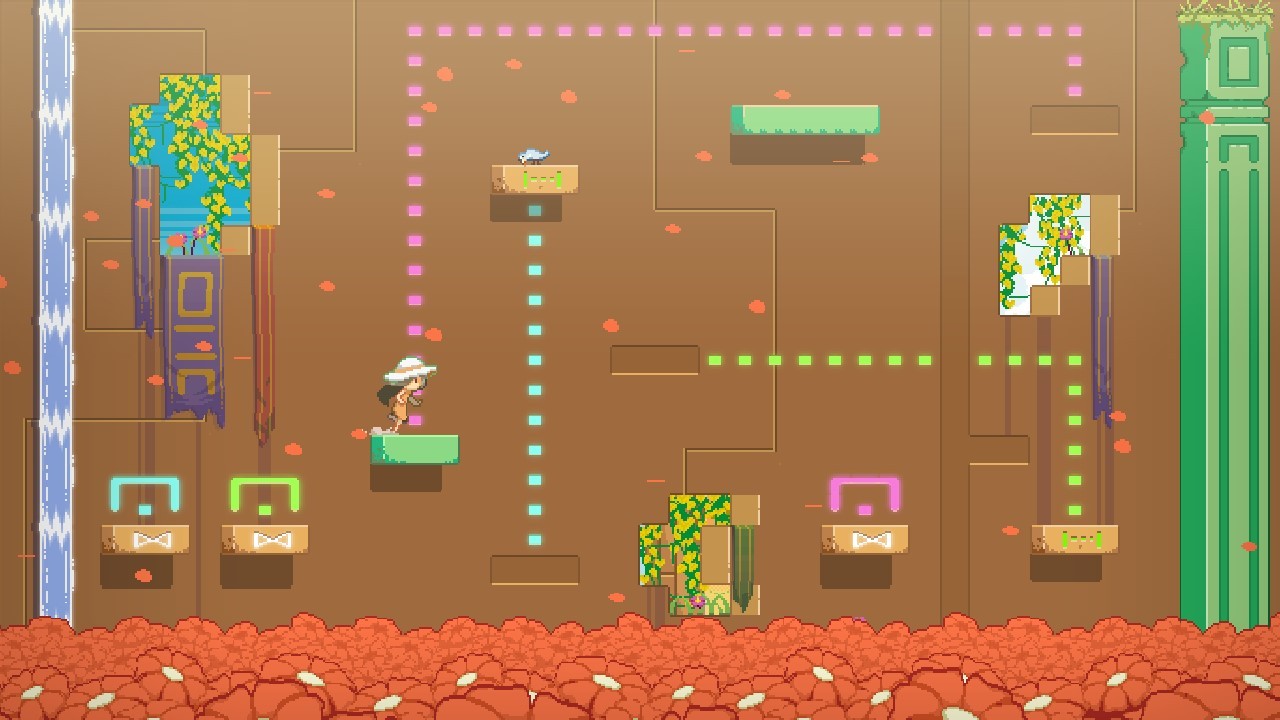 What really drew me into Evan’s Remains are the graphics, as visually it is stunning. Using 16-bit pixel art, it is scaled to modern visual standards incredibly well. Landscapes in the background have a great depth to them and the reflection in the sea is incredible. Throughout there are even nice little details such as the little sand clouds that form when you jump, stars in the background during levels occurring at night, and so forth. It comes together so well and is truly pleasant on the eye. There are some character portraits that appear during cutscenes, which have a Japanese anime style to them.  Despite there only being a handful of characters, it is clear an effort was made to make them very visually different and distinct. Even beyond this, there is a couple of these portraits to show different reactions and moods, like in the Persona series or other visual novel-style games, injecting some humour and also tension into the cutscenes. It is without a doubt that Evan’s Remains will visually hold up to other games for many years to come.

Moving over to the plot, it is guided by a cleverly written and well-paced narrative. It subtly raises questions about the quest Dysis finds herself on and the island itself whilst you get wrapped up in exploring the island. The style of the dialogue is reminiscent of the Ace Attorney series, notably in terms of witty comments and Dysis certainly has a sort of Phoenix Wright vibe about her. Indeed, the plot is truly brought alive by the vibrant characters involved. What’s even more interesting is as you go further, there is a good development in the characters which is an incredible feat in a game that is just 3 to 5 hours long. Without giving away spoilers, Evan’s Remains is the first game I’ve played in a while where the ending is extremely satisfying. There are enough cryptic clues as you progress to piece most of it together, with some exposition given in the final cutscene to stick it all together. The balance between being mysterious yet giving the player enough information to allow them to create their own theories is perfect, leaving you heavily invested in the game before you even realise. Without a doubt, Evan’s Remains has some of the best writing I have ever seen in video game full stop. 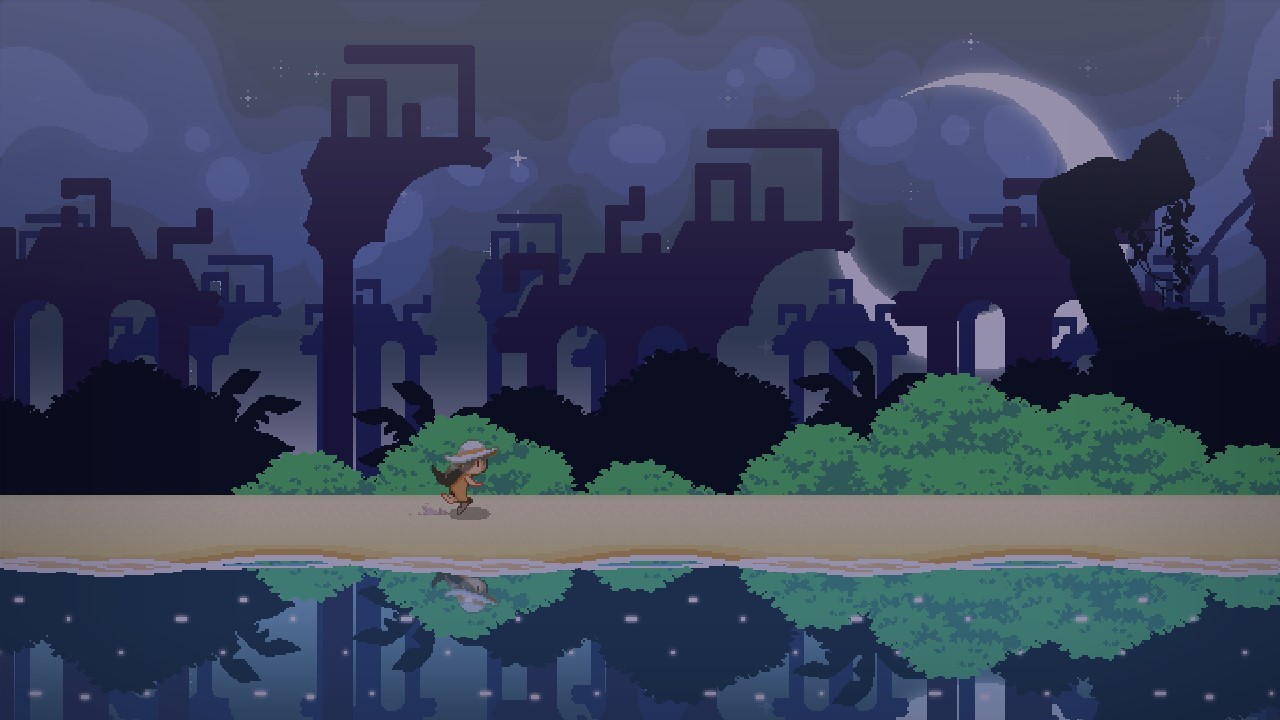 If there is one thing that lets Evan’s Remains down, it has to be the soundtrack. Most of the time I was playing, I forgot it was even there as it isn’t anything special and has no presence. Sure, there are a few melodies bouncing around but unfortunately, they are utterly forgettable. It does bring a bit of a downer with the nature of the gameplay as a nice soundtrack would help make it a full rounded immersive experience as it is missing from the cutscene. Still, in the grand scheme of things, it is a small part and the game does well without it.

For a project by a single developer, this is something that can be overlooked. Despite this, Evan’s Remains gave me a great 3 hours of escapism from the world which is good enough for me.

Evan’s Remains will provide you with a good three hours of escapism with fun puzzles added with a fantastic story that will keep you questioning what is truly going on. Whilst the soundtrack maybe lacking, visually it is an incredible looking game. This is not a game to be missed!