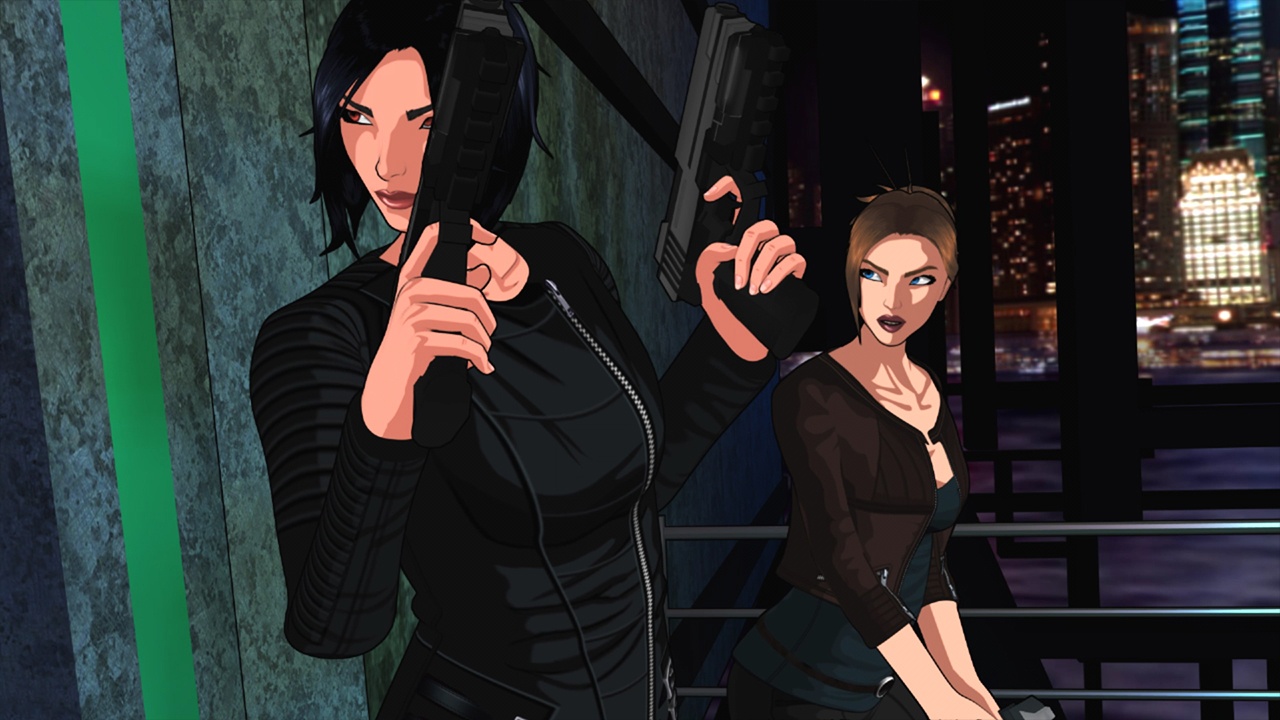 In many instances, things become better with age and more refined with wisdom gained from past mistakes. It’s been seventeen years since the last outing of the Fear Effect series, even longer if you take into the consideration its beginnings on the Playstation One, but now Hana and Rain, the games’ two female protagonists, are back in Fear Effect: Sedna, a completely new title within the franchise that has infiltrated its way onto the Nintendo Switch. So, is this is a game that has learnt from its previous iterations of clunky controls, hazy visuals and poor combat, or is it merely more of the same?

Developed by Sushee, an independent French developer, with publishing by Square Enix and Forever Entertainment, Fear Effect: Sedna places you in a world of espionage and infiltration, amongst a backdrop of futuristic settings that are heavily inspired by the likes of Blade Runner and Deus Ex. Freelancing as independent bounty hunters, Hana and Rain are hired to fulfil the task of stealing a rare statuette in Paris, France. A simple enough job, but one that soon spirals into chaos as the consequences of their actions opens up a whole world of dark mysteries, mythologies and a sprinkling of the supernatural, as the two girls enter into a world that offers a lot more than what they bargained for. With a mix of stealth, strategy and action, the course of the story takes us through a series of diverse locales, such as China and Greenland, as our pair of unlikely heroines delve deeper into the mystery that surrounds them.

Fans of the series will instantly feel at home, even recognising Fear Effect’s style of presentation. Dimly lit corridors and alleyways, its sci-fi representations of a futuristic world and sleazy locations. However, the game’s viewpoints and gameplay mechanics have taken on a whole, fresh new look with an isometric perspective and cel-shaded graphics. Don’t worry f you’ve never played any of the other games in its series, as this is a title that easily stands on its own, despite containing a cast of the earlier games. However, the game does retain its very, adult-orientated themes making it a game less than ideal for the younger audience. 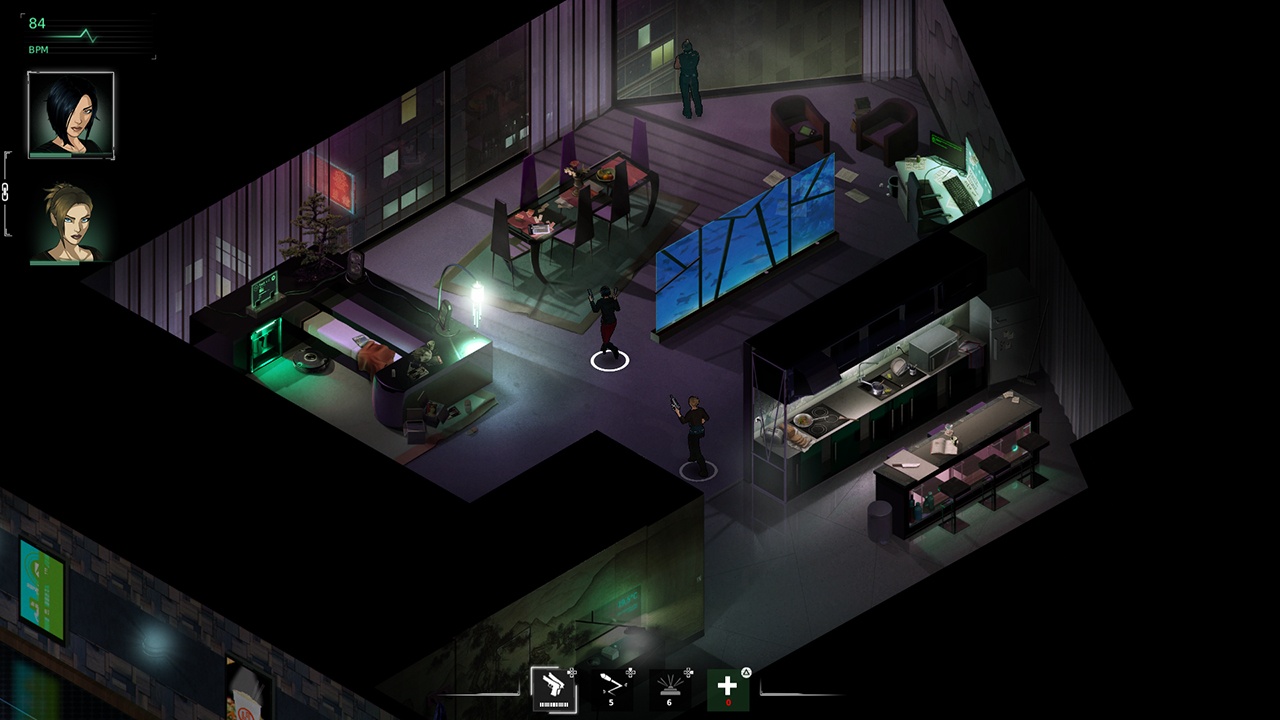 The story is presented through a series a cut-scenes which are gloriously presented in a richly and fully animated cartoon/comic-book style. Everything here is super sharp and smooth, giving a pleasing aesthetic to the eye and a presentation that feels very different from anything else on the Switch; gone are the hazy, fog-like images of titles past, which is a good start. However, despite this brilliance in the stories imagery, its dialogue comes across in a very flat, unconvincing way; often showing little emotion in the way the voice-overs have been presented. It’s no game-breaker, but it does promote a feeling of lacklustre acting which adds a disjointment to the flow of its execution.

The main bulk of the game sees you controlling a number of characters as you carry out a series of tasks to uncover the unravelling plot around you. With its isometric look, everything looks distant as you traverse corridors, alleyways, infiltrate buildings, search rooms and stealthily take out enemy combatants. Although it offers a large field of view, it still somehow doesn’t feel enough; as enemies rush from out of nowhere to intercept you, or the need to plan your moves, an important element in the gameplay, becomes hampered by the lack of ability to scour the terrain. Although the game runs on many mechanics, such as the stealth elements and combat, none of them feel particularly polished; in fact, they even feel a little broken in places. The fear effect, of which the title refers, is used in the form of a meter in which, the more it rises, the more susceptible you are to taking damage. However, this also increases your damage output and utilisation of special abilities; something which each character possesses with varying techniques.

With an auto-aim mechanic, the right stick selecting your targets, you don’t feel connected to the fight sequences. Although you have the ability to duck and take cover behind objects, they often feel useless as the enemy seem to have a tendency to rush at you. You do have the ability to pause the action and plan your moves, switching between characters and ordering them into position, but again, this feels largely redundant with AI partners often not performing what you require from them; this is especially apparent in the stealth sections of the game as they are more than likely to give your position away. There are also a variety of puzzles that need to be overcome, such as defusing bombs, opening doors and deciphering codes. These do present an element of fun to the proceedings, with the solutions often not being too far from their objectives. There is still a lot of trial-and-error in solving them, although the check points, should you make a mistake, are quite gratuitous in their frequency. 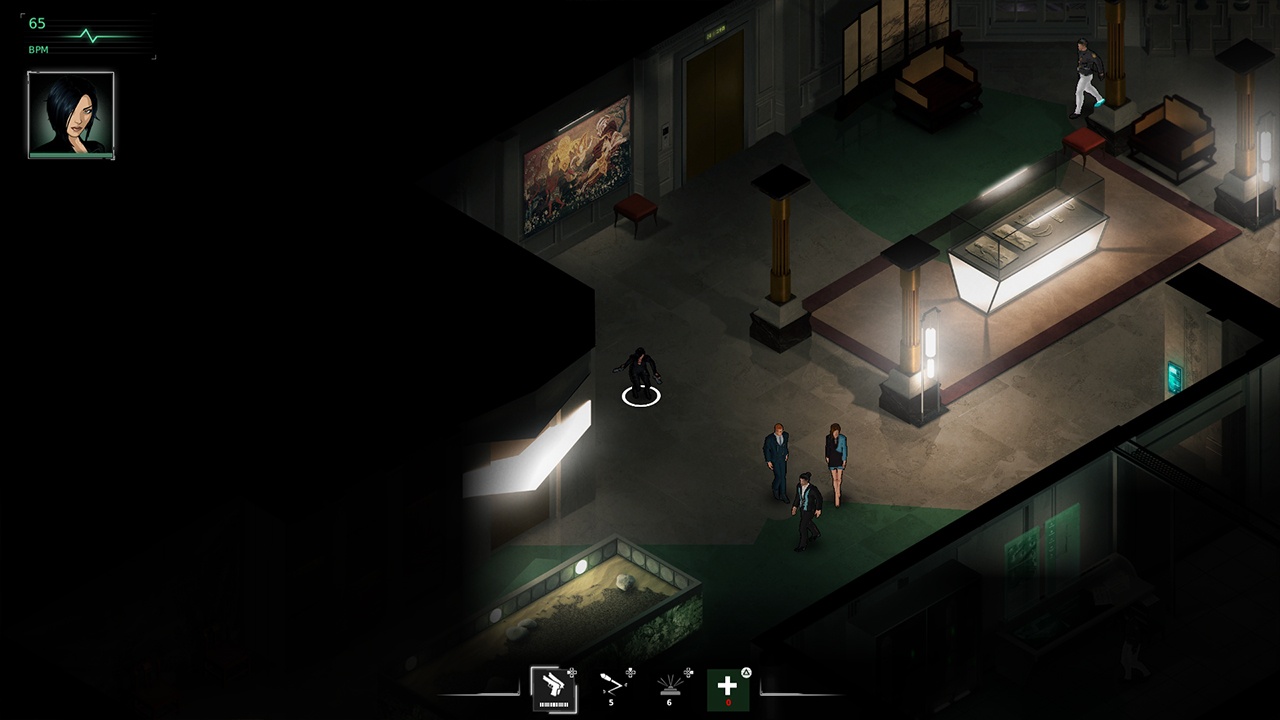 With the need for various styles of elements that incorporate the main mechanics of the game, it is important to be aware of what each character is doing. Switching between them is an important factor in completing your quests. However, should one of your accomplices fall victim to the one of the many enemies, by utilizing the other character, you can quickly restore their health with one of the many, in fact quite generous offerings of medikits that can be found throughout the levels. Although I found the mechanic in completing your current task or objective, which automatically revitalises any downed allies, a strange one; thus taking out some of the urgency in trying to remain alive.

Despite these frustrations in some the game’s mechanics, it actually isn’t a bad game; the problem is it’s not particularly good either. I won’t deny that there isn’t some fun to be had with this title, I think the problem is that some sections of its execution, just aren’t particularly interesting. However, saying that, some of its presentation is sublimely executed. The cut-scenes are jaw-droppingly beautiful and the soundtrack suits the scene of the game’s settings; often creating a very effective sense of immersion. Although weak in areas, the combat isn’t all that bad, but the stealth is largely redundant and the puzzles can be quite enjoyable. Despite its age, the Fear Effect franchise still hasn’t learnt many of the lessons from its past. It may look more beautiful, especially in terms of its cut-scene presentation, but the controls, mechanics and story execution still maintain a level of frustration; let’s just hope that Fear Effect: Reinvented, the next planned instalment of the franchise, fares better.