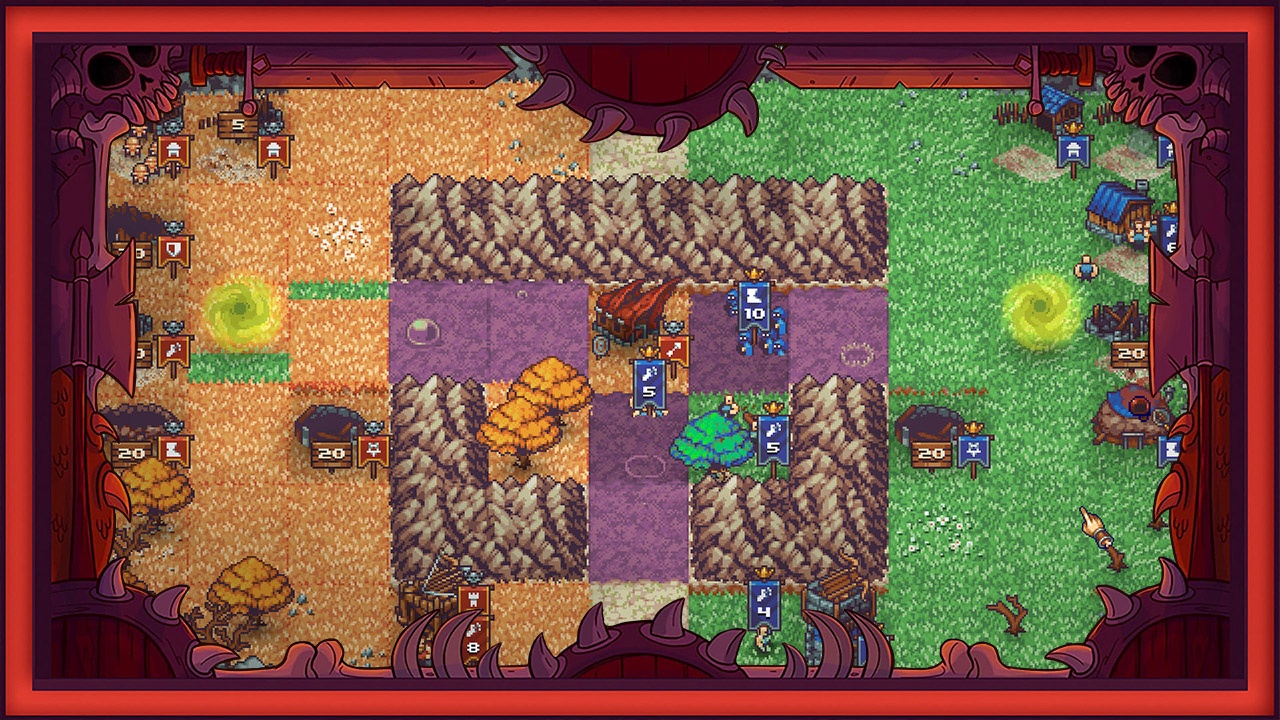 Crush Your Enemies features the heartwarming tale of a barbarian father trying to ensure his son will be just as much a skull crusher as he is. And the best way to do so is to lead by example. The barbarians must band together to stave off the sissies who intend to steal their land.  By the makers of Oh, Sir! the insult simulator; as such, the writing is hilarious and borderline offensive. The story is told via dialogue exchanges, voiced as gibberish, and spans across four campaigns–each starring a different character.

The game is a simplified and humorous take on RTS. No bothersome menus or stats to watch beyond pure population. The main goal of every map is to destroy the enemy’s base. 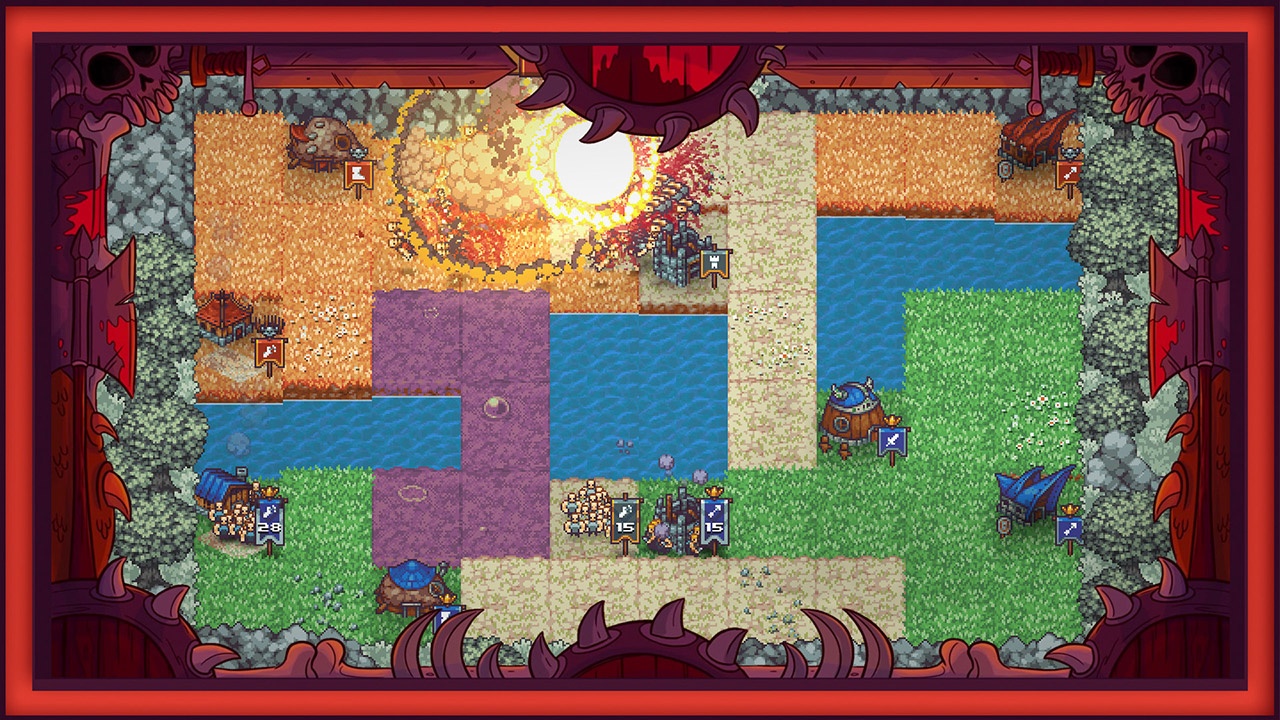 The gameplay flow is as follows:

1. Recruit more barbarians. If there’s one thing barbarians are good at, it’s fighting.

2. Claim land by walking over it. Unclaimed land takes less time to claim than the enemy’s land.

3. Have more units than the enemy when engaging to win battles. Your barbarians will fight automatically. Each class has a population limit as far as groups go. You can add additional units once some gave fallen.

4. Destroy buildings and build your own in their place. Special buildings like [name] allow you to change barbarian classes. Classes have different advantages and disadvantages. i.e The basic class isn’t the strongest, but it’s the only one that can procreate. Archers can attack from an adjacent tile without fear of retaliation, but will melt like butter in the hot sun when facing off against melee units at point-blank. Using a good mix of units is the key to victory.

5. Attack the base. Crush it and win.

In order to score the most respect possible, which is required in order to proceed through the campaign, you need to complete side objectives. Specific tasks to perform on the field of battle. Can be completed at any time and not necessarily during one match. Some objectives can’t be completed in one shot and the game expects you to reattempt the map. Typical to mobile games, you must have a specific amount of stars (or in this case skulls) in order to proceed. The overworld map is broken into nodes that unlock in a linear fashion and include villages and battles. If you conquer villages, they become breweries. Breweries produce beer after every story battle, which is used as currency to buy single-use consumables that can be taken advantage of in battle. Rather than buy individual items, you expand the total number of items you can hold–a number that is refreshed before every encounter. This was a good way to handle things and made it so that you could stock up on items you frequently use. 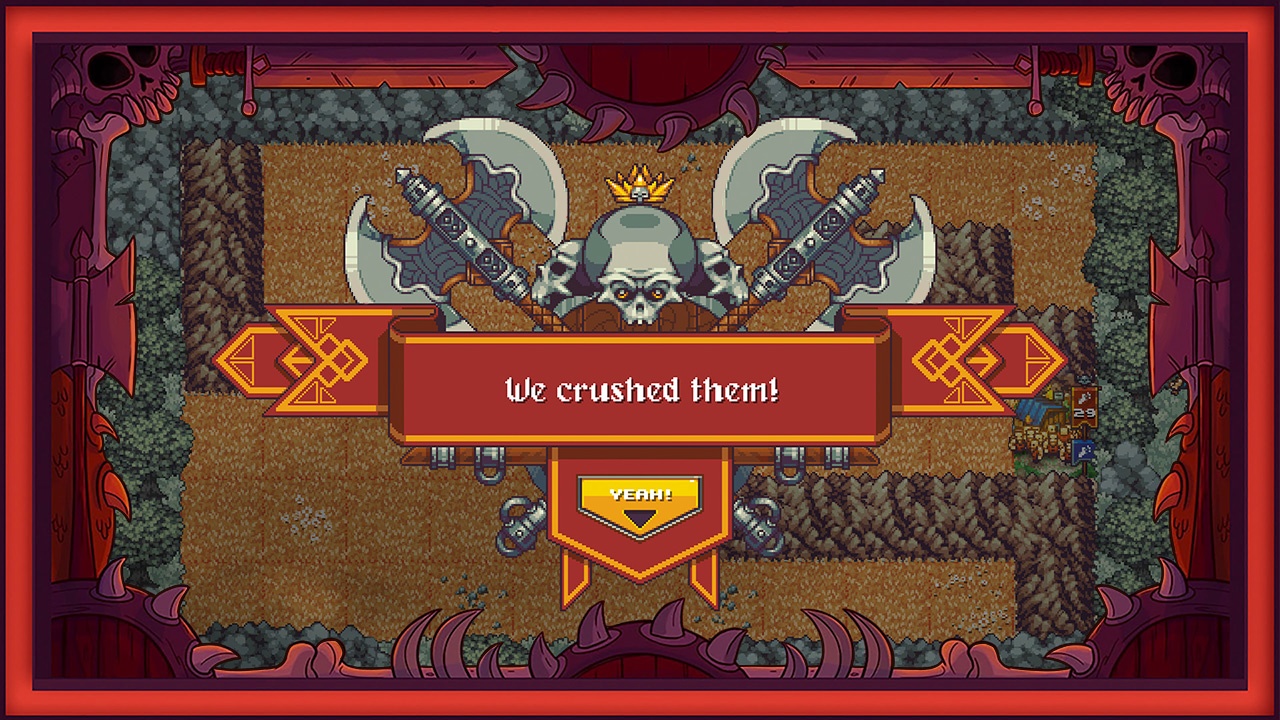 There’s an ebb and flow of game difficulty–a bell curve where, every so often, you’re introduced to a new game mechanic and it starts off easy, but then gets more difficult by the time you should have more or less gotten the new mechanic down. After peak difficulty, introduce a new mechanic and the curve resets. This is effective, for the most part, but sometimes the difficulty escalates far too quickly.

So-so. I will admit some bias to my verdict, so take it with a grain of salt. Crush Your Enemies runs the risk of alienating players with the way it ramps up difficulty and I was one such player. For those who live and breathe the RTS genre, however, this game should be a healthy dose of challenge and humour. The simplified controls make it approachable at least at first–but mind the difficulty spikes.