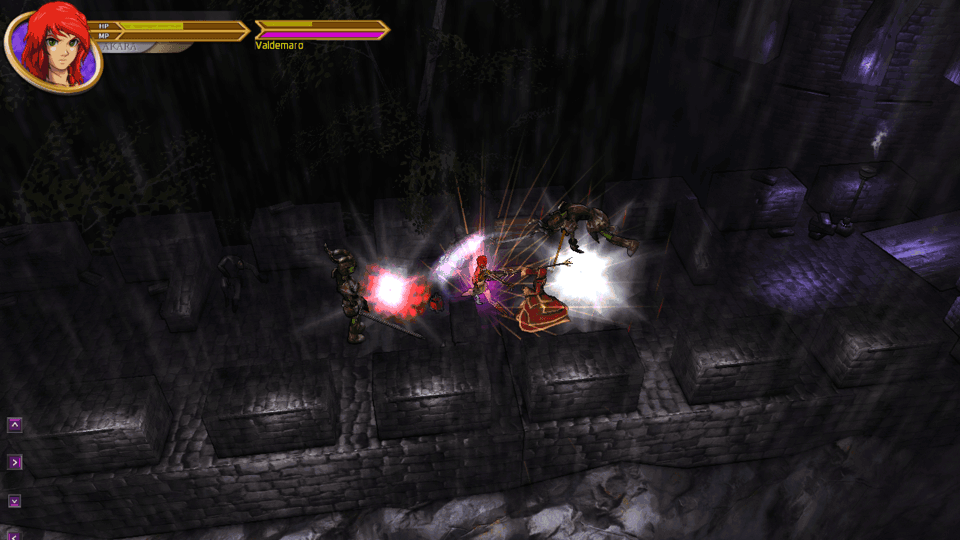 I’ve reviewed quite a few Japanese video games recently and as odd and somewhat perverse as Akiba’s Trip: Undead & Undressed might well appear, it nonetheless ranks somewhere in the middle of my current ‘oh-isn’t-this-strange-ometor’. Don’t get me wrong, Akiba’s Trip is awash with offbeat themes and a questionable approach to the representation of women in video games (oh, Japan), but honestly, this is a game of comparatively moderate content when compared to the likes of Senran Kagura Shinovi Versus and it’s truly bonkers spin-off, Senran Kagura: Bon Appetite.

While a relatively simplistic beat-em-up at heart, Akiba’s Trip: Undead & Undressed is more famously known for its distinct setting and unquestionably bizarre approach to both clothing and vampire lore. Set in Tokyo’s famous electric town, Akihabara, you play as a young enthusiast of often expensive and rare collectibles. With no money to fuel the Otaku addiction and temptation on every corner (Akihabara really is a mecca for geek culture connoisseurs), you are left with no choice (apparently) other than to find work at a shady corner of town as some kind of willing lab monkey. That role, a role which promises to pay in rare collectibles, sees you turned in to  some kind of modern day vampire, or a ‘Synthister’ as the game would put it. Naturally, you escape, and along with your friends (new and old), you attempt to figure out what the hell is going on while battling other vampirey folk knocking around town by, you guessed it, beating the crap out of them and tearing of their clothes…..yeah, this is a real thing.

In fairness, tearing off enemy clothing does kind of make sense when you think about how adverse vampires are to sunlight (sunlight appears to be the Synthister’s only traditional weakness), but still, clever excuse or not, this is still a game about tearing off women’s clothes. Yes, you do take of guy’s clothes too, but make no mistake, this is a game aimed largely at young guys who enjoy seeing young women with very little with which to cover their body…..which, in fairness, does account for the vast majority of young guys. Of course, a mechanic such as this can be seen as sexist and even wholly inappropriate, perhaps even damaging to the industry if you take in to consideration gaming’s on-going push to be considered a genuine art form (don’t worry, it already is), but personally, I think the tone is so irreverent and the sense of humour so absurd that to be genuinely offended by its content would be as insane as the content itself. Not everyone will see it that way, but as far as I’m concerned, Akiba’s Trip is so knowingly aware of its own absurdity and so oddly charming that it somehow manages to justify this most bizarre of gaming mechanics. Of course, whether you agree with me or not will have a huge bearing on your potential enjoyment of the game as, for the most part, Akiba’s Trip: Undead & Undressed gets by almost exclusively on its decidedly kooky charm. Yes, the mechanics underneath are solid enough, but this is a simplistic gaming experience from a mechanical standpoint and one that certainly isn’t blessed with any great degree of technical competence. It works just fine and is a technical step-up from the previously released PS3 and Vita versions, but as a full priced PS4 release, this game feels almost archaic in comparison to the majority of its full retail competition.

The frame-rate is much smoother on PS4, the loading times have been mercifully shortened and a handful of new and improved animations do make for a smoother, more aesthetically pleasing product, but the fact remains that the visuals are simplistic at best and often let down by an array of muddy and decidedly ‘last-gen’ textures. Still, while it’s nothing to look at from a technical perspective, it certainly manages to recreate the unique artistry of Akihabara and its eclectic collection of inhabitants and visitors. It can’t match Yakuza and its fictional but oh so believable take on the busy streets of central Tokyo, but again, for lack of a better term, it’s a game that oozes charm and if nothing else, is imbued with a fantastic sense of place.

With the core content remaining unchanged for the PS4 release, it’s down to a handful of additional features to ensure that the latest iteration stands out from its last-gen/handheld brethren beyond its slightly improved visuals and slicker frame-rate. Toy Box mode arguably represents the most notable addition to the package which, while offering the same fundamental experience, unlocks all content, clothing and crazy weaponry right from the start. This mode does disable Trophies, but if they aren’t of any importance to you, playing Akiba’s Trip: Undead & Undressed with everything ready to rock from the off is a genuinely enjoyable way to experience the game. Personally, I think unlocking items as you progress is half the fun, but there’s no doubting that the option is a welcome one, and with Trophies wisely disabled, could be something that other games look to implement in the future. The other major changes are predominantly visual with the aptly named ‘Visual Editor’ allowing you to customise the look of the game with surprisingly successful results. From simple filters to thicker anime-style lines, the array of options, beyond being a fun way to mess with the look of the game, can actually provide a handful of genuine alternatives to the default visual style. The final addition, while only really applicable to a specific type of gamer, allows for a unique form of interactive streaming. While most of the interactions are relatively idiotic and unquestionably in line with the games’ rather pervy approach to gameplay, the ability to have players enveloped by floating underwear via the brilliantly named ‘Pantynado’ input does at least warrant a sneaky grin first time around. The majority of other inputs are more gameplay oriented such as the ability to initiate fights with random members of the public, and while the benefits of such a mode are dependent upon a certain sense of community and only at its best if experienced with friends, it does at least represent another interesting addition to what is ultimately a relatively robust package.

It’s distinct tone and design certainly won’t be for everyone, and while the game does border on the perverse at times, I for one found the whole experience really rather charming. It’s technically competent rather than impressive and the gameplay is solid rather than genuinely ground breaking, but despite its somewhat limited design, it’s an experience that manages to overcome its clearly limited budget to deliver an experience greater than the sum of its individual parts. It’s not far removed from the PS3 or Vita versions of the game and doesn’t do enough to justify a double dip for those who already own the game, but for those new to its somewhat unique charms, Akiba’s is a trip worth taking……..well, for some anyway.