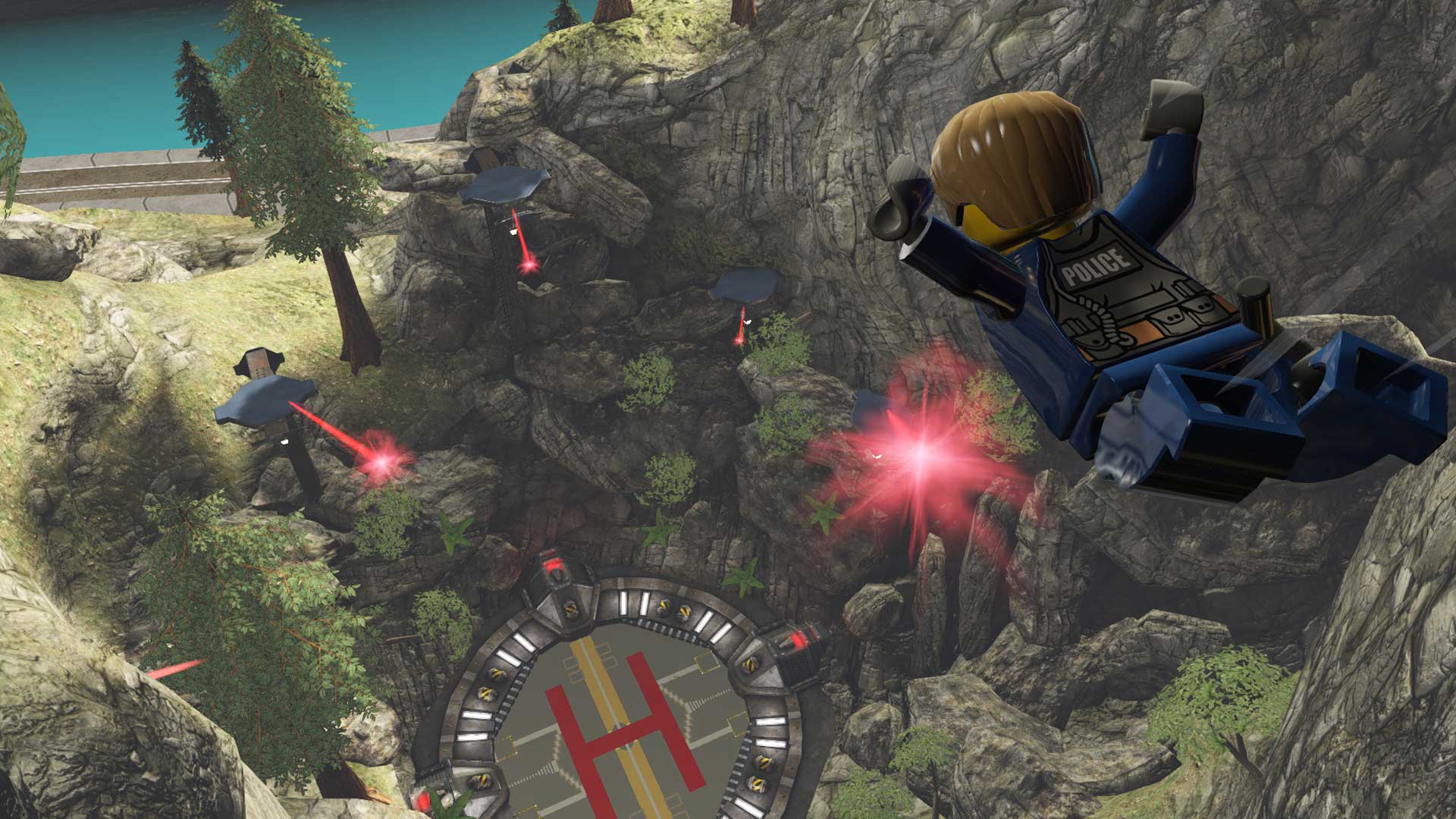 Over the last few years it seems TT Games have been putting out Lego games every other month. It has produced some very impressive movie licensed titles including its various Marvel recreations, Jurassic Park and the obvious being Star Wars, the most recent additions are The Force Awakens and Lego Worlds, both scoring very highly in the sales charts and getting relatively favouring reviews proving they certainly know how to use their licences. But the draw back with licensed games are the restrictions only allowing specific content, luckily TT Games have been free to add their own brand of humour to its Lego franchises with some great results.

I have been playing Lego games with my young son for a few years now and I have always appreciated how TT manage to release a game that appeals to both our age ranges and gaming requirements with simple but fun story missions and hundreds of side quests, all with a little added TT adult humour and innuendo thrown in for good measure. Which is why their latest release on next-gen consoles is in my opinion by far its best. It has everything TT Games are famous for and no restrictions or limitations of a licence, so they can tell their own story in their own comical way – so welcome to Lego City Undercover and the antics of Officer Chase McCain.

Firstly, even though this is a new Lego game on Next Gen it is actually a port of an earlier released game on the Wii U and to be honest it does seem like a straight no thrills port, with no noticeable graphical or gameplay polish. However, they have added a co-op option that wasn’t part of the original release but it isn’t anything special, the second player is simply a different dressed Chase who can go around collecting, braking and building things but has no input into the story at all. 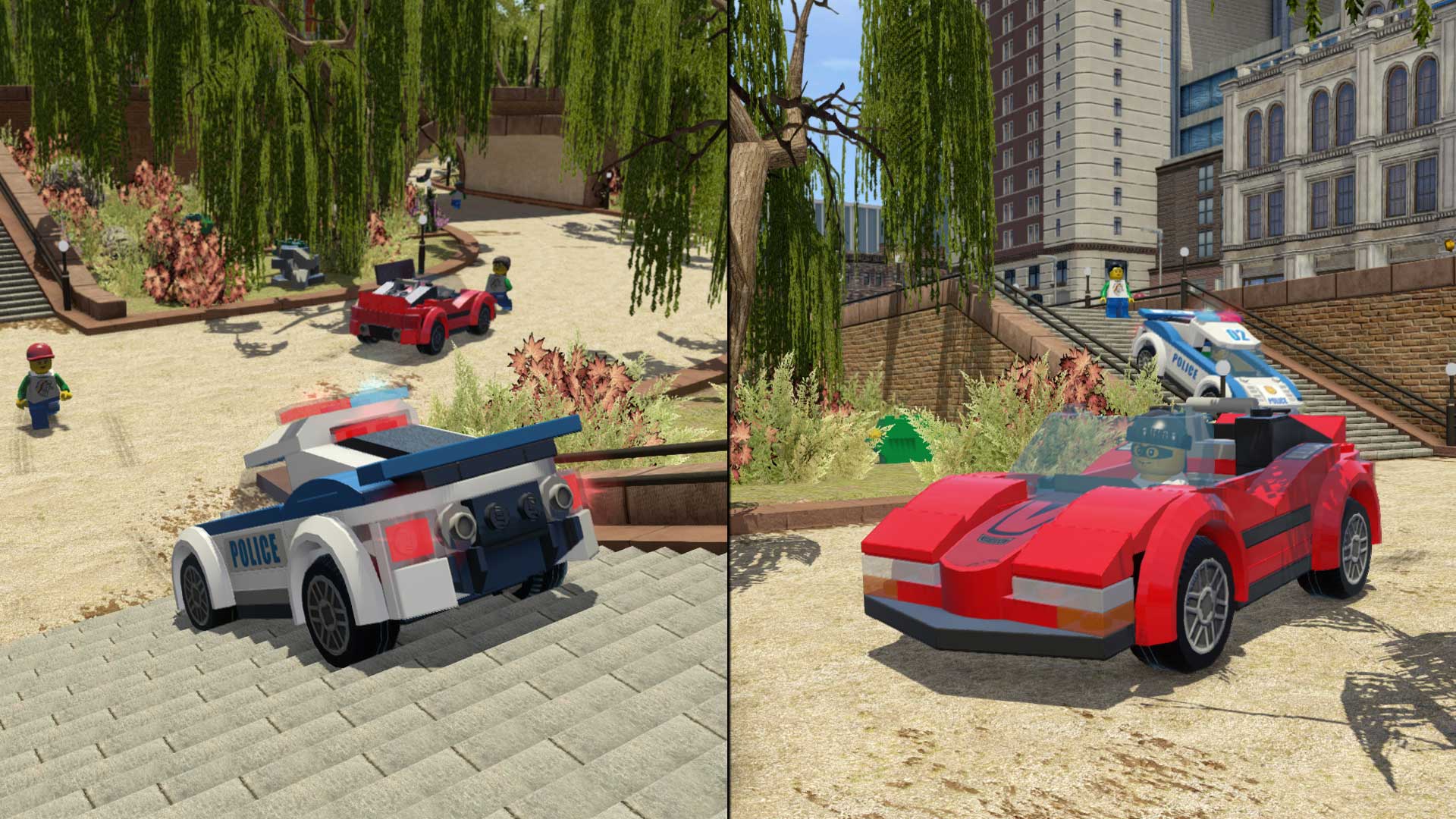 This is unlike most recent TT Games as the co-op is normally an option that adds to the story progression with both players given the ability to assist each other to complete the level but due to this being a four-year-old title it does feel like a quick “No thought given” extra. However, with 20 varied districts within Lego City, the game itself is a blast to play.

You play main character and ex-police Chase McCain who has had to returned to Lego City as his arch-enemy Rex Fury has escaped justice and is on the Rampage along with his wide variety of Lego henchman, you are tasked with bringing him to justice once again.

Gameplay is the standard from Lego games, collect studs, smash bricks to build usable tools and solve simple puzzles, but there are little extras to be found in Lego City Undercover as throughout the game you will find disguise outlets which once unlocked enable you to switch between certain disguises to finish specific puzzles or use specific tools.

With allegedly 290 unlockable characters, all with their own little puzzles and side missions to complete it’s certainly not a small game, the story alone will set you back about 15 hours with the added extra’s another 5-10hrs, luckily due to the variety of missions on offer it never feels laboured or boring.

Another different option on offer in Lego City are Super Bricks, collecting studs and bits to build various progression tools is fun but Super Bricks give you the ability to build Super Builds (obviously) like helicopter pads, bridges and other Super structures most of these are not an essential part of play and included for the trophy collectors but some are required to progress with the story. 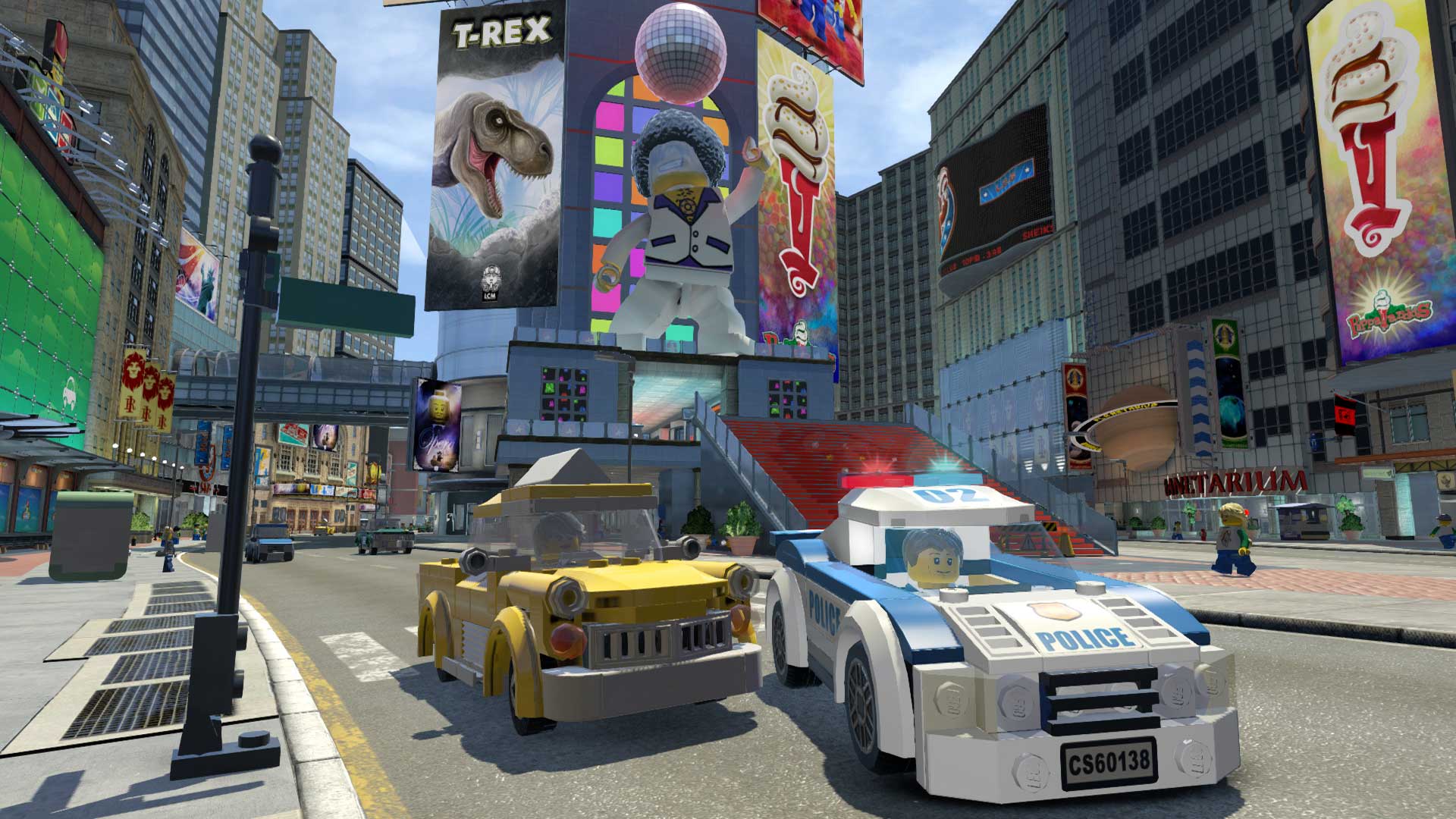 Also, like the more recent Marvel and Jurassic Park Lego games you can build vehicle drop off points throughout to help in your missions or just take one of the various vehicles driving around the city with a tap of the triangle button – very GTA but minus the violence.

All throughout the game there are dozens of references to various films and TV shows, some instantly recognisable like Goodfellas and the Matrix, some are more obscure but to be honest the whole game feels like an episode of old-fashioned 80’s TV cop show (think Ashes to Ashes) with stereotypical characters and witty one liners in the first half of the game, with the second part leaning more towards the Popcorn action set pieces of the Mission impossible and James Bond films.

Everyone loves Lego and what TT Games have produced here (and I can’t believe I am writing this) is a cross between GTA and Battlefield Hardline mixed with a little Gene Hunt, but for kids. A lengthy Lego game with enough entertainment for kids and adults alike and in my honest opinion the best family Lego game yet. TT Games are simply using their superb knowledge and ability to make child friendly and believable story’s, with great characters and locations using the coloured blocks of plastic we all know and love, just with their own brand of family friendly humour.