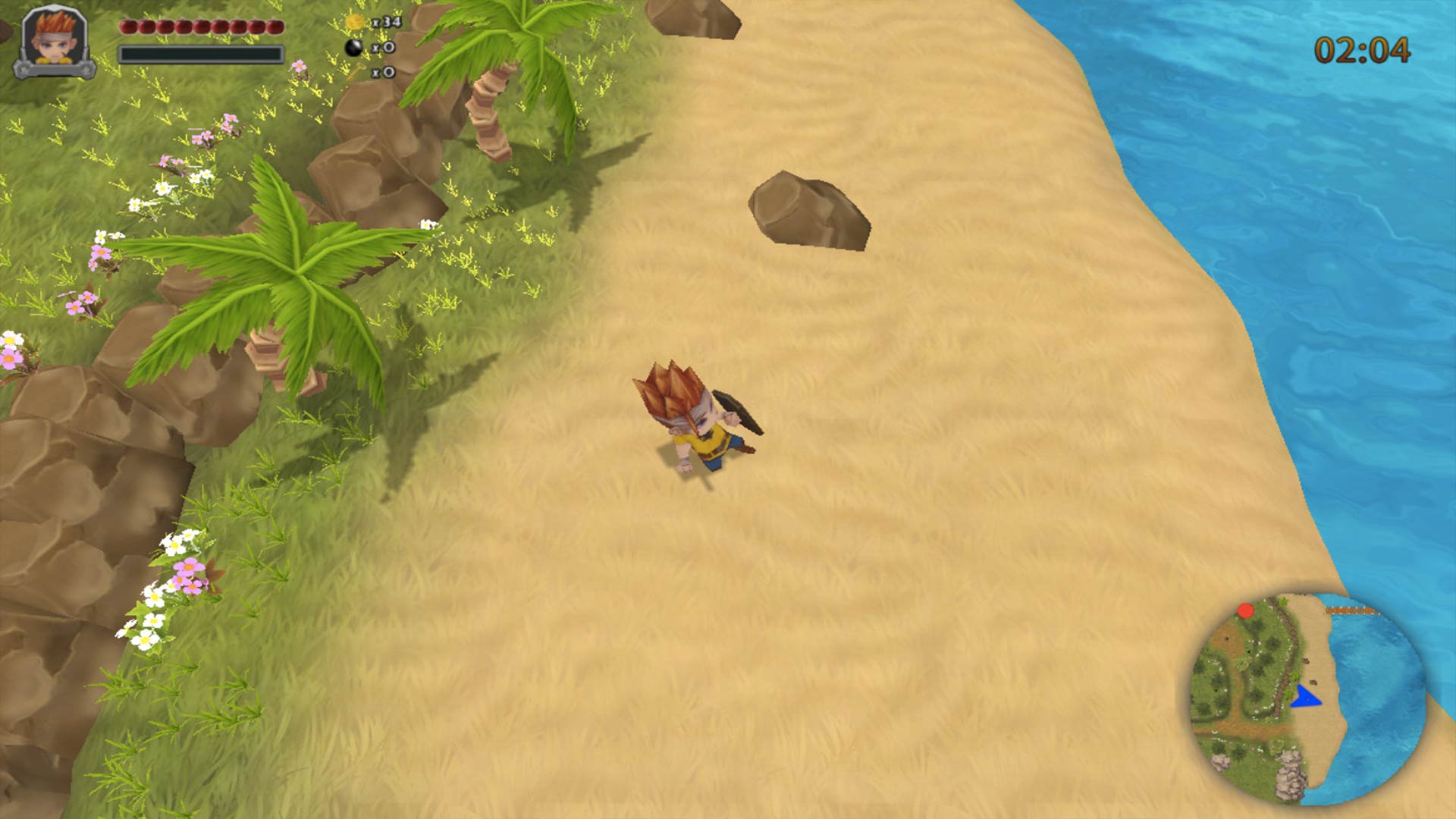 Whenever you see Ratalaika Games about to release a game, there are many avid trophy hunters out there quickly searching for the trophy list of the game to check if it’s an easy platinum. Trophy hunting is getting more popular and it appears that Ratalaika Games are a developer who know this. Previous titles such as FullBlast, Jack N’ Jill DX & InkSplosion are widely regarded as easy platinums to add to the collection. This time around, Heroes Trials is the game and you’ll definitely get the impression that there won’t be many trials or tribulations to get the platinum trophy.

The basic story of Heroes Trials is after the banishing of the previous defender of your island, the island now needs new heroes to defend it from opposing hordes. The long, but specialist, training of siblings Elia and Zoel takes them to the last trials to become the new local guardians. Heroes Trials is a simple premise played from a top down Zelda perspective where you can jump between playing two different characters. Elia is the magical character whilst Zoel is more of the hack & slash type. Heroes Trials is similar to Zelda in lots of ways, but in a much less engrossing and linear way, calling it Zelda-light could be an understatement. 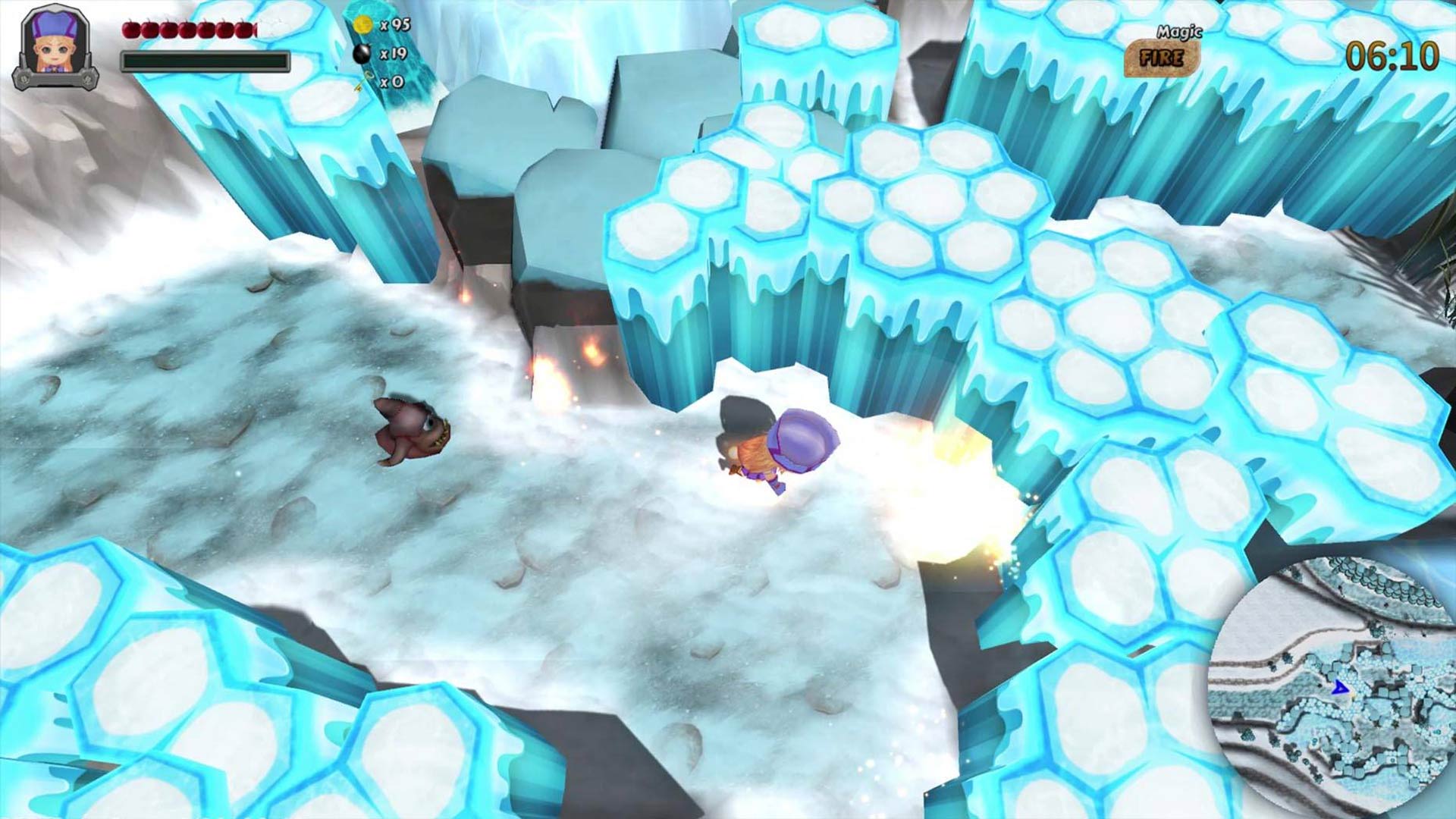 Heroes Trials requires you to complete a set of missions within a certain time. The time limit adds a little urgency to the proceedings, but you’re rarely going to come close to not completing a mission; as long as you don’t spend too much time exploring. That’s the issue with the mission structure, the timer limits the chances of you exploring the albeit, very small world that Heroes Trials takes part in. There is a currency in Heroes Trials, money is found by beating minions, slashing at things & completing missions. Unfortunately the shop only sells two items, yes you read correctly, two items. One is an expensive set of speed enhanced shoes which are not that useful and bombs; bombs are fairly plentiful, so again this is a somewhat redundant item to buy. There’s a fairly annoying bit where you lose all your money, so it’s advisable to buy the shoes if you want them as early as you can, because once you lose that money ,you don’t get it back!

Combat in Heroes Trials is neither fun or complex. Zoel is terrible to fight with but it doesn’t matter, because the enemies don’t put up much of a fight too. All he has is a shield for defending, a basic sword for slashing & bombs which are required to unlock one boss area but not needed for anything else. Elia uses four types of magic, they don’t appear to differentiate in power against different enemies, so it’s up to personal preference what you want to use. The super charged version of magic does very little, whilst the only other use for specific magic is to help with some basic puzzling. The boss battles add a bit of variety, however it doesn’t make Heroes Trials any more entertaining. 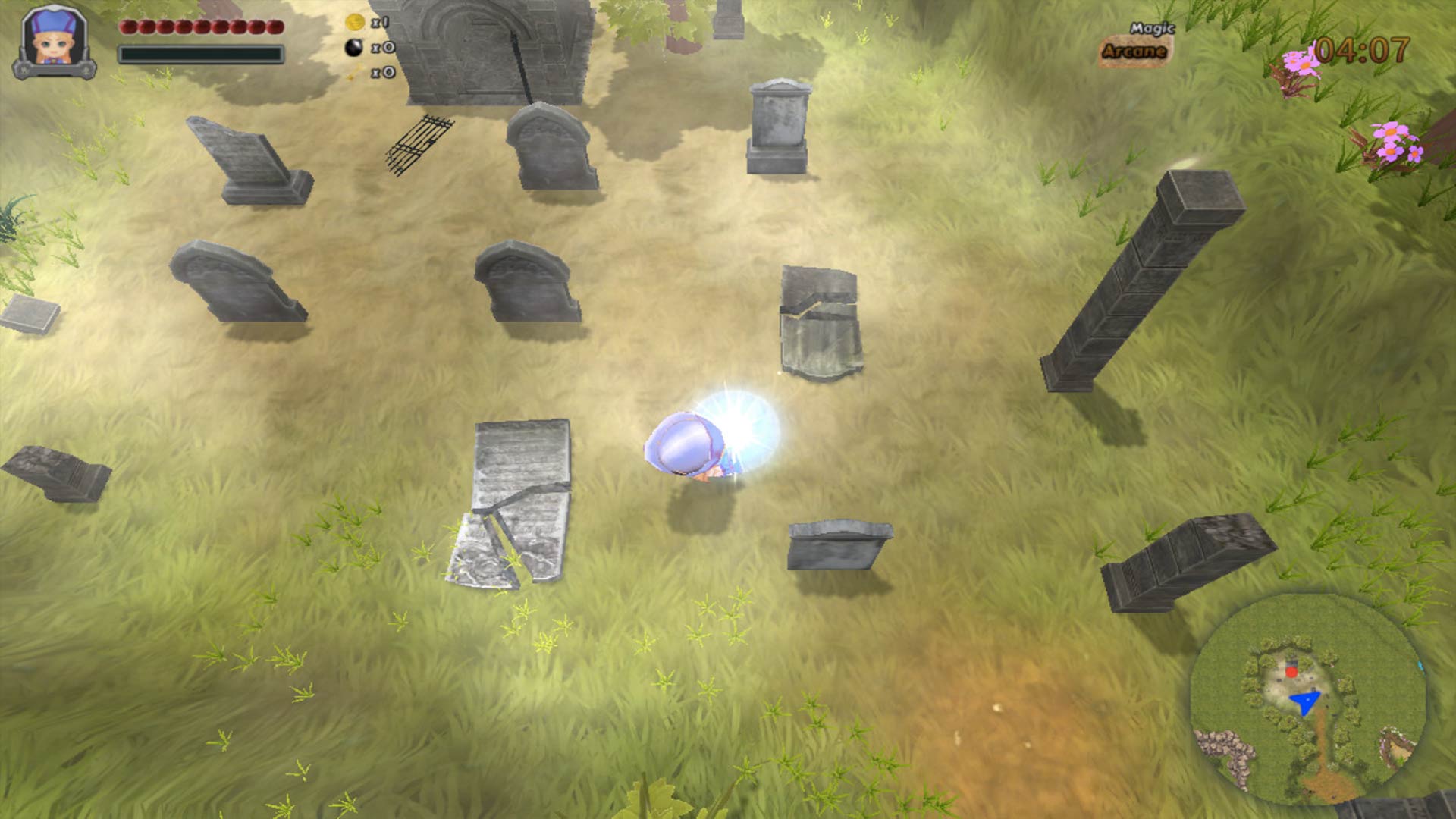 Heroes Trials graphics are very basic, almost avatar like characters. The enemies populate bland generic levels like ice/lava/forest/cave levels. Heroes Trials is a very simple take on role-playing games, but there’s such a lack of content or challenge that it becomes more and more mundane the further you proceed. There’s a little village which doesn’t appear to offer anything more than just being there to walk through, whilst the end stage fight offers nothing in excitement.

Heroes Trials is a very simple attempt at an RPG. The grinding, story, combat and world interaction is very limited which means Heroes Trials is a constrained experience. There’s not much to redeem Heroes Trials, a game which can be completed within an hour; if you have the commitment to add an easy platinum trophy to your collection. Heroes Trials feels unfinished as a game, there just simply isn’t enough here for even the most naive of RPG fans to enjoy.

You’ve been given the task of completing you’re last trial before you can officially defend your lands, are you up to the task in Heroes Trials?