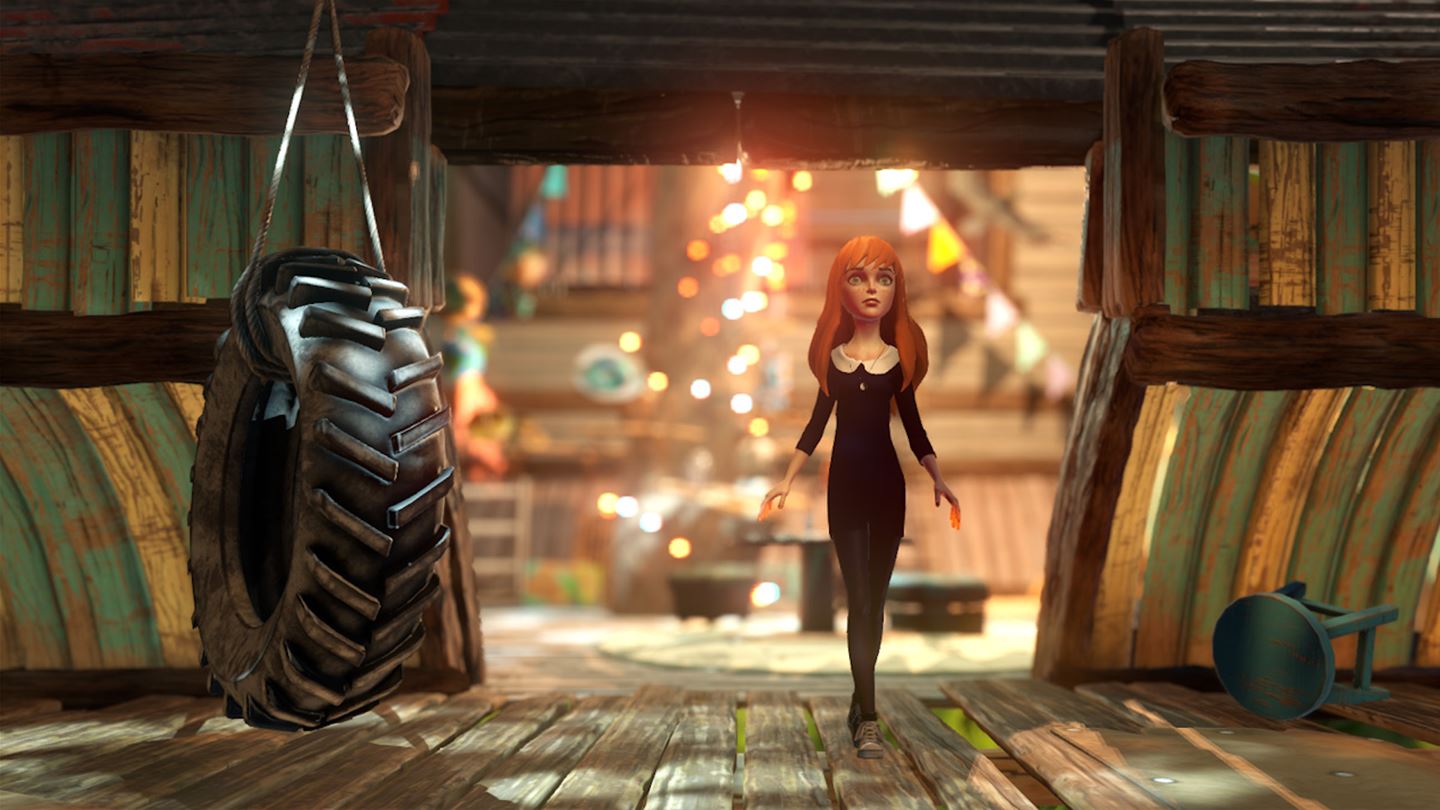 Blackwood Crossing is a beautiful, charming Story Rich Adventure about Scarlett and her little brother, Finn. This title released on April 5th, 2017, from Vision Games Publishing LTD, and features a first-person experience from the perspective of Scarlett. With a simple, clean interface and polished mechanics, is this title worthy of being called a can’t-miss for PS4 gamers?

Blackwood Crossing’s tale begins innocuously enough, with the siblings talking back and forth on a train headed to some unknown destination. The voice acting is superb, and not just because of the British accents, so immediately the player begins to understand the affectionate but playful dynamic between our protagonist and her ornery younger sibling. There are dialog choices when Scarlett interacts with Finn, right from the start – players can choose to be sarcastic or bossy, warm, or amused, among other adjectives. It’s a subtle but effective method of bringing Scarlett to life, and it allows versatility in how players want her to develop a multidimensional personality. There are unnerving, mysterious elements almost immediately in Blackwood Crossing. While it isn’t a Horror title, the underlining intrigue, and concern that Scarlett begins to experience when strange things happen on the train sets a sophisticated, compelling undertone that continues throughout the adventure. I don’t want to give too much of the plot away, but Blackwood Crossing delves deep into some heavy topics right off the bat: Loss, grief, loneliness, nostalgia, naiveté, innocence. The plot is deliciously interwoven with the back story of these two characters, and meanwhile, odd things are happening all around them, like people with animal heads and paper butterflies coming to life.

The world around Scarlett and Finn is stunning, with gorgeous, captivating areas full of tiny details. There are plenty of objects to find and interact with just for the sake of an achievement, some witty dialog, or some ambiance, but even the clutter in the sidelines works to create a full picture of this universe. It is a colorful place to be, and the lighting effects – such as Finn’s homemade star projector – really help to diversify the areas players encounter. Being able to pick up items and manipulate them in your hands, to look down and examine them, or to just lift your face and look at the ceiling are little bonuses that help bring Scarlett to life, and allow players to immerse further into this baffling, mysterious world.

Where Blackwood Crossing begins to falter is in its occasional frozen screens and lag issues. I had numerous instances where I could only sit, in the middle of a cut scene or interaction, while the screen was frozen. This happened during load times as well, to the point that I almost rebooted my PS4 several times in an attempt to unlock my graphics. Other periods of game-play would suddenly and inexplicably lag, stuttering as I walked across a room I had already explored earlier without trouble. But these elements were minor, and I never experienced an actual game crash, though I thought I might be about to several times. There is also a bit of floundering now and then, looking for pieces of a puzzle or an essential item to be able to progress. This was partly in part to the mechanics of interacting with objects; I often found that I had to move my cursor over an item in a very specific way to get an option to pick it up, examine it, or interact, including obstacles like doors and ladders. It meant I had to be even more careful when surveying the landscape, just so I didn’t overlook one final, but critical, interactive element. It was frustrating to have to swivel Scarlett’s head around repeatedly, just to be able to pick up a pair of scissors or open a door. I imagine this aspect was much less burdensome on the PC version of Blackwood Crossing, but it did mildly impede the immersion for me on the PS4 platform.

Blackwood Crossing is a wonderful blend of a children’s tale, as told by two siblings who interact with their make-believe worlds as much as with reality, plus gripping, engaging elements that are well suited for adult players that love a mystery. The puzzles are satisfying enough, though a lot of the challenge was in searching for objects rather than just brain teasers, the real magic happens as the unnerving, touching, and whimsical aspects of the storyline all blend. The music is typically serene and atmospheric, or unsettling when the situation calls for it. Overall, the aesthetic of this title is entirely satisfying, and paired with the intelligent, remarkable plot; it makes Blackwood Crossing a worthy addition to any library of Adventure genre titles.