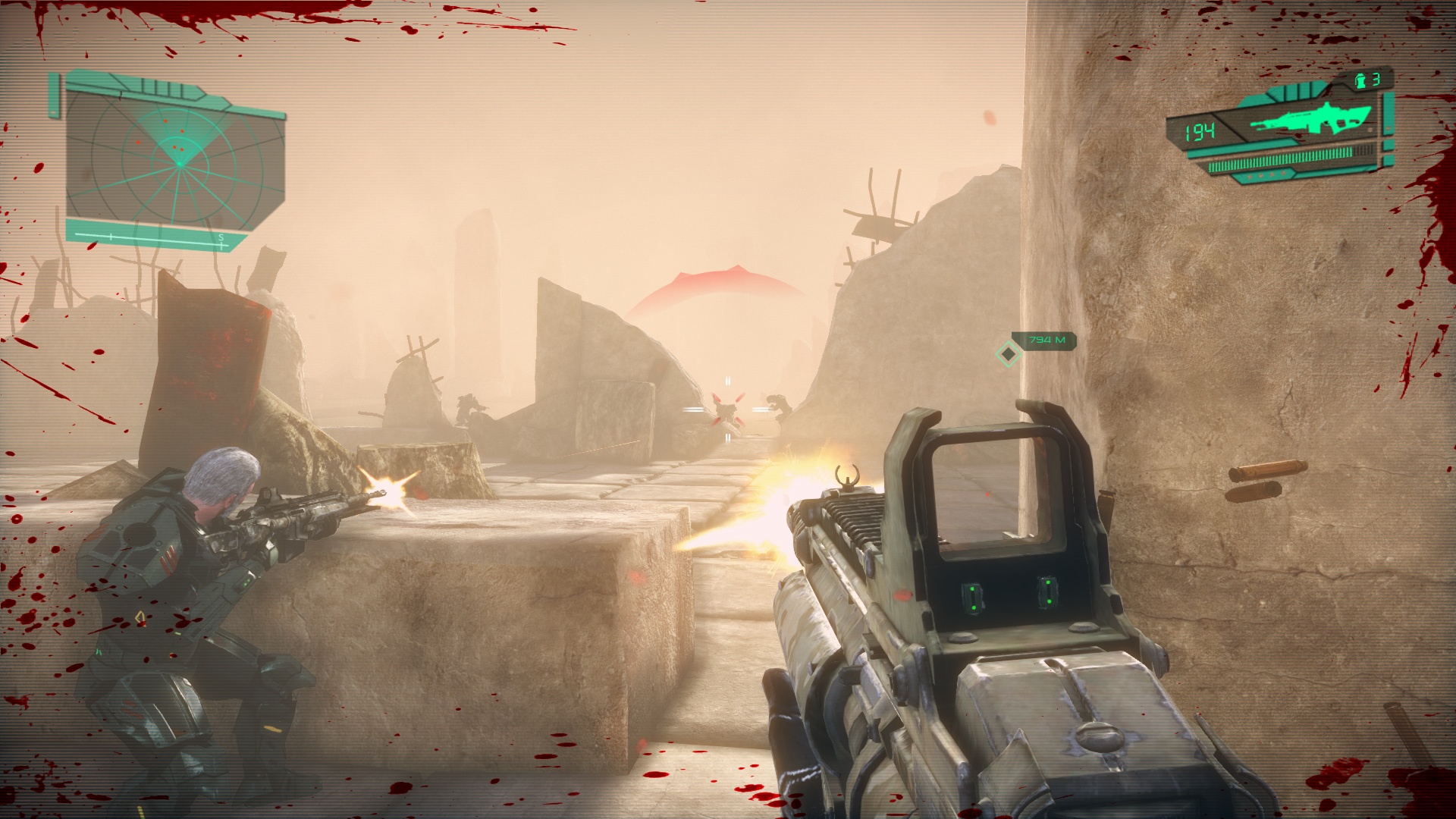 It’s a minor miracle that E.T. Armies is even able to buy in the Western world. Created by Iranian development outfit Raspina, this futuristic first-person shooter may never have arrived on a global platform due to trade sanctions imposed on Iran. Now that these sanctions have been lifted, a game that has been in development limbo since 2012 finally makes its way to Steam, paving the way for fellow Iran based development studios to follow suit. It’s an exciting tale that intertwines global politics and game development, but one unfortunately that’s more interesting than the game itself.

The game is set in a dystopian future where Earth has been stripped of all its resources and most of the human race has set off into deep space in search of a new home. Those who were left behind have united and formed the Forsaken, an insurgent militia hellbent on revenge. Tasked with putting an end to their violent coup are the Parsis, a peace-keeping army who must strike the Forsaken down before their plans put the future of entire human race in jeopardy.

You take on the role of a young Parsis soldier who is thrown headfirst into the retaliation mission against the Earth uprising. Unfortunately, the narrative doesn’t really go too far beyond the initial premise, as you work your way through each mission, designed to deal another blow to the Forsaken plan. Many of the cues and set pieces will feel familiar to anyone who has played the likes of Halo or Killzone on their home consoles, but without the added bonus of fleshing out the lore during or between levels. 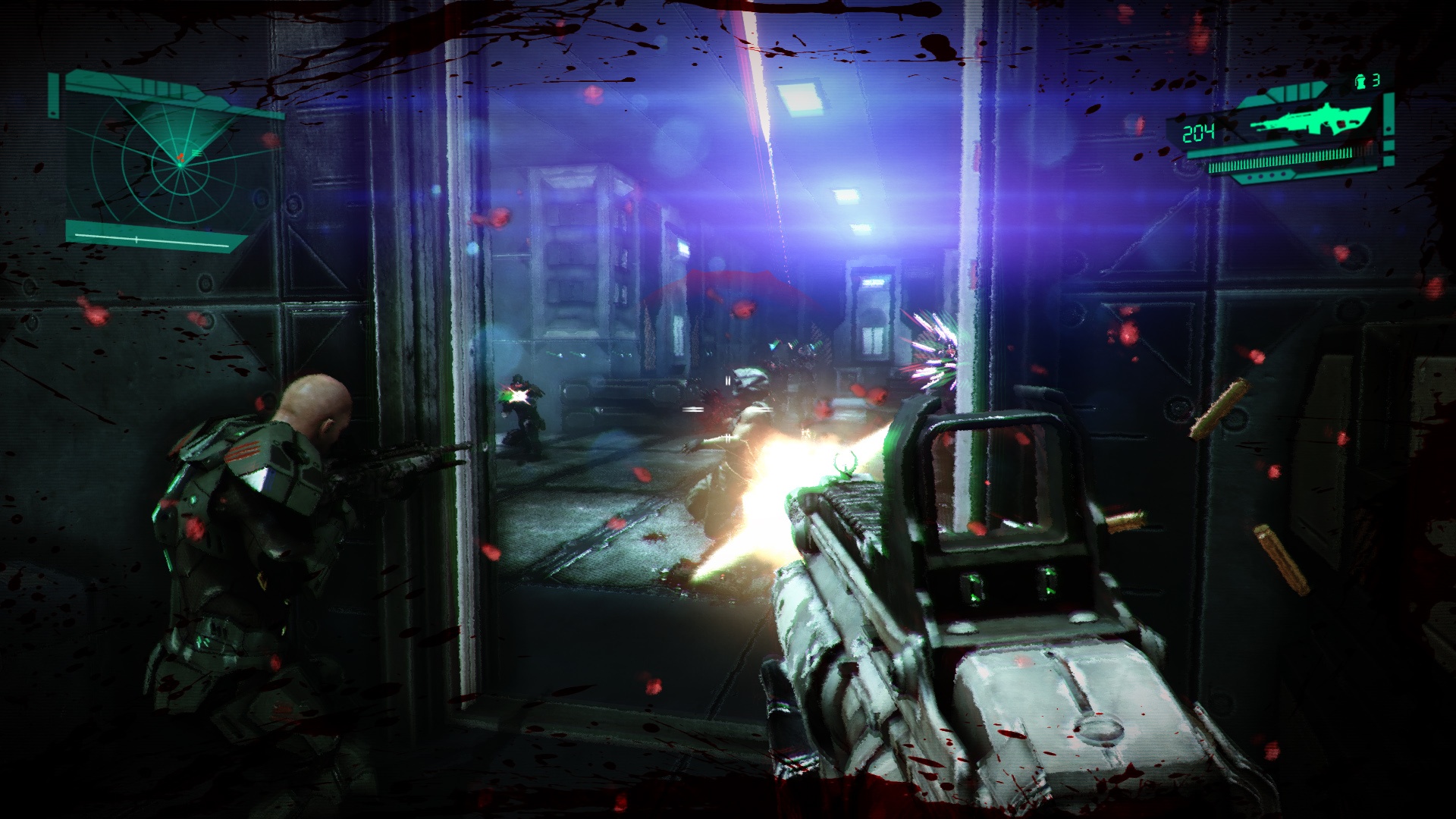 It does however work as a very simple nuts-and-bolts FPS for anyone looking to go beyond the usual suspects, such as Call of Duty, Battlefield, or Counter-Strike. Considering that the game was developed by an indie studio, it perhaps comes as no surprise that they would indeed take inspiration from the very titles that define the genre today. And while the game offers little in the way of surprise in terms of the story, the gameplay and graphics are thankfully a little more impressive.

The emphasis is most certainly on the action, which E.T. Armies does rather well and anyone who has a soft spot for the FPS genre will feel right at home. The aim and shoot mechanics are perhaps the most solid part of the gameplay although this varies depending on which weapon you currently have equipped. The assault rifles are perfect for dealing damage to multiple enemies at any given time, but perhaps lack the crunch or hit power of the sniper rifle or shotgun. Still, never once does it feel like your shots are being wasted.

Moving around is admittedly a bit more of a chore. While the standard WASD control set is present, your character is rather slow while navigating each level. The option to use the shift key in order to run is available, constantly having your finger on that particularly button feels uncomfortable, made even more difficult when you’re forced to crouch in a firefight. Of course, these can be changed through the in-game menus, but the general unresponsiveness of the controls poses further problems. 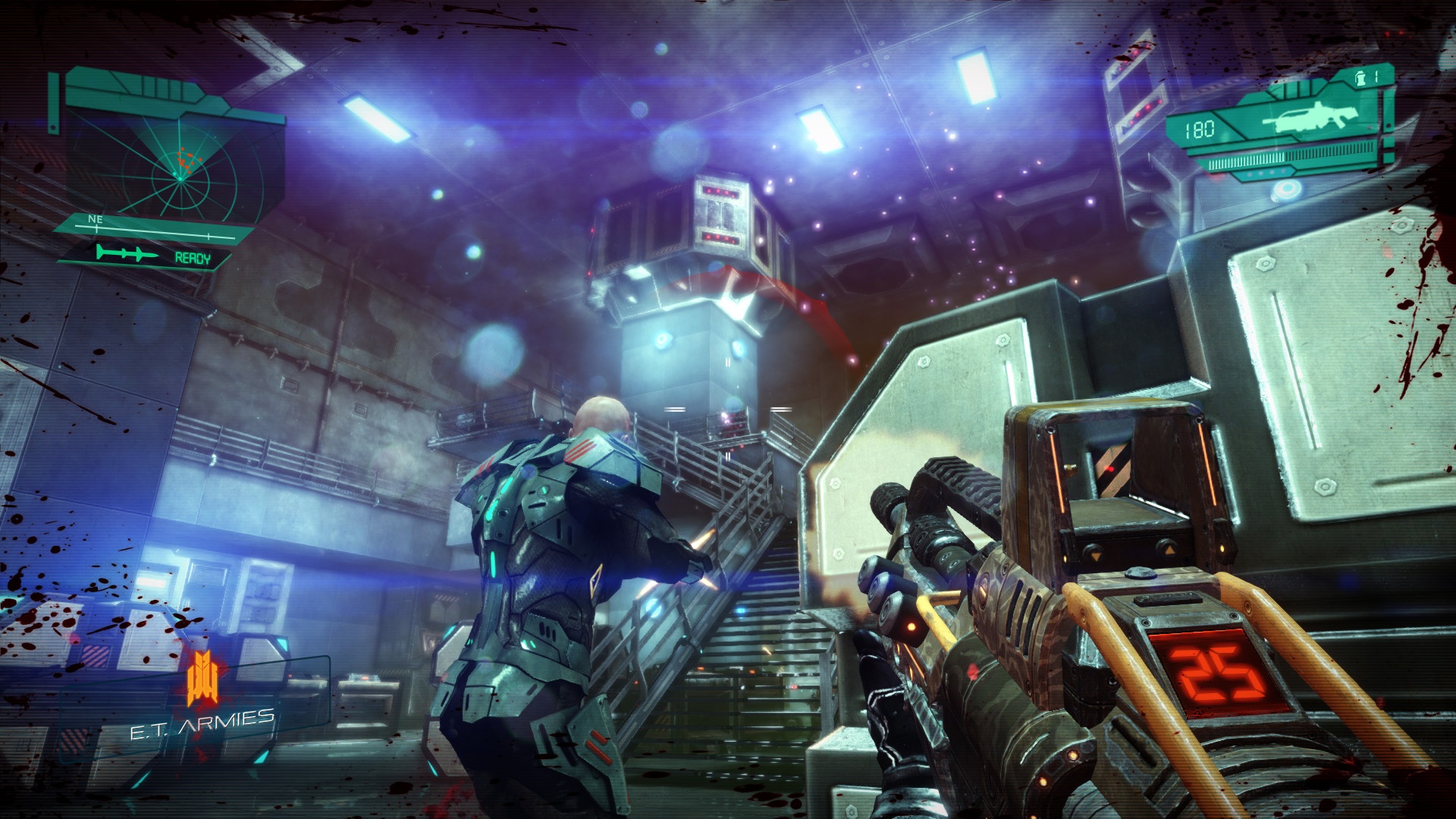 Level designs never stray too far from the realm of getting from A to B with a few objective based interactions in between, meaning that the controls will eventually become second nature. Broken down into a series of gunfights, you’ll have to take out each enemy soldier if you’re to proceed. At times their spawning patterns can be read like a book and if timed right a few grenades and some careful aiming can have you flying through levels. There are a few glimpses of thinking outside the box, such as one level where you have to use a moving cart for cover. However, these further heighten the headache caused by the controls and the repeat use of these set pieces is rather dull.

Further adding to the ever-growing number of cliches are the graphics. At first glance, they are rather impressive and given the tight budget the game was built with, Raspina should be proud of what they were able to achieve. There’s a few frame rate jitters here and there, but the textures are smooth during gameplay and the HUD has been well put together. It perhaps then comes as no surprise that character models on both sides of this war suffer greatly, particularly during cut scenes. Characters both look and sound like they’ve stepped straight out of a B-Movie while there is virtually no lip-syncing to speak of. The colour palette and general design also feels like it has been tapped straight out of another shooter.

E.T. Armies on the one hand should be applauded, not just for being one of the first games to be exported from Iran but for also for presenting us with a perfectly playable first-person shooter. The hammy dialogue, cliched character tropes and general familiar feel of the gameplay is easy to overlook thanks to some impressive run-and-gun action. However for anyone who is a veteran of the genre, some control issues, repetitive game design and a barren wasteland of a multiplayer mode will have you running back to Call of Duty before you’ve even come close to finishing the campaign.