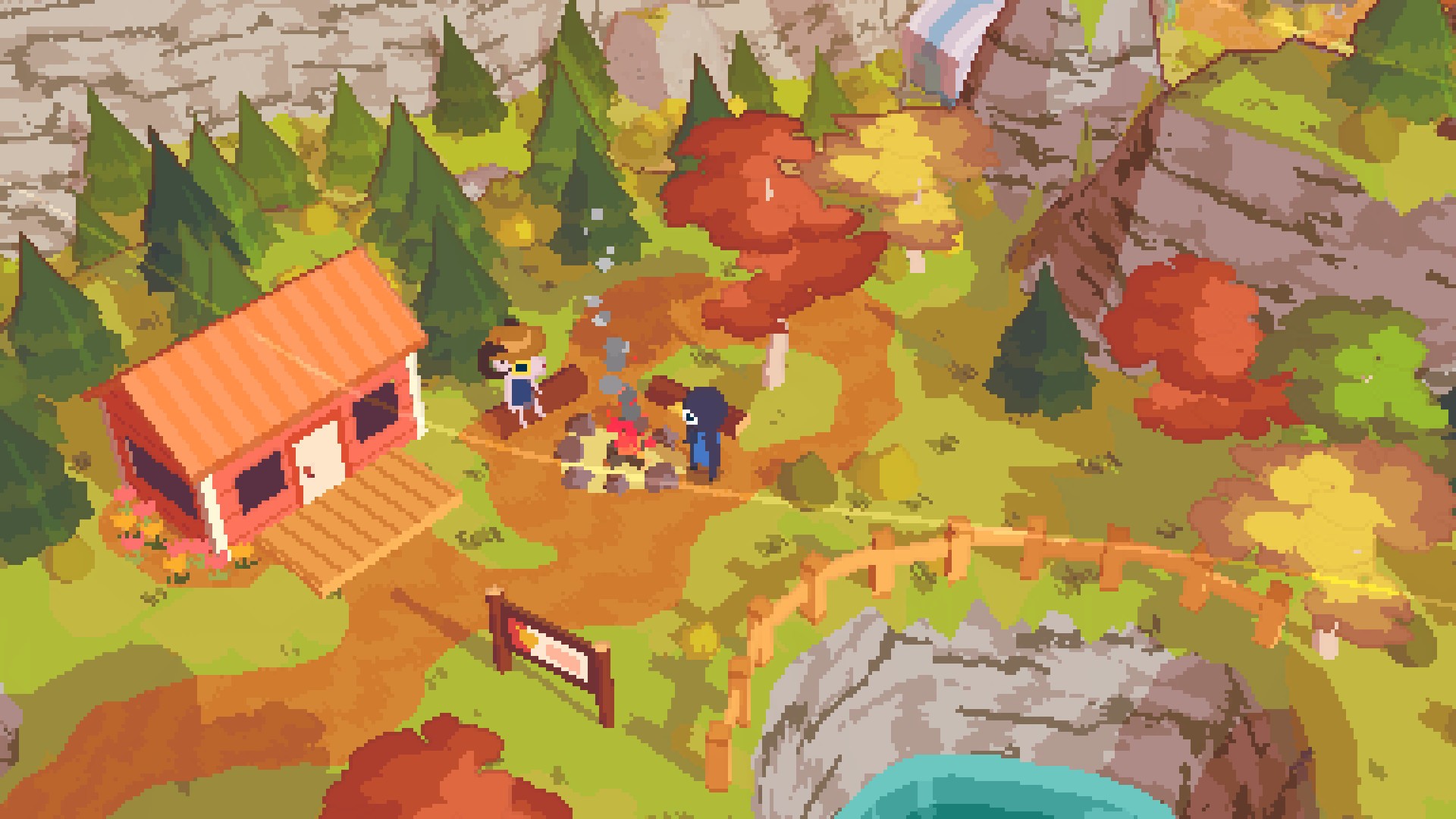 A Short Hike is one of the most charming indie titles I’ve come across, the story is about a bird named Claire who goes on a holiday to Hawk Peak Provincial Park to stay with her aunt who is a ranger. The gameplay comprises, well, you may guess climbing and traversing a mountain.

The game is short, as you may expect and you can get everything done within 5 hours but the game is all about progression. The core of the gameplay is based around stamina constricted exploration, the game requires you to collect ‘golden feathers’ which allow you to flap your wings or climb up a wall and it’s very similar to a Legend of Zelda Breath of the Wild stamina bar which can be upgraded. The feathers can be collected from the map, found inside quests, and purchased with coins from multiple sellers on the peak and are essential to progress, but you need not collect all of them to finish the climb. 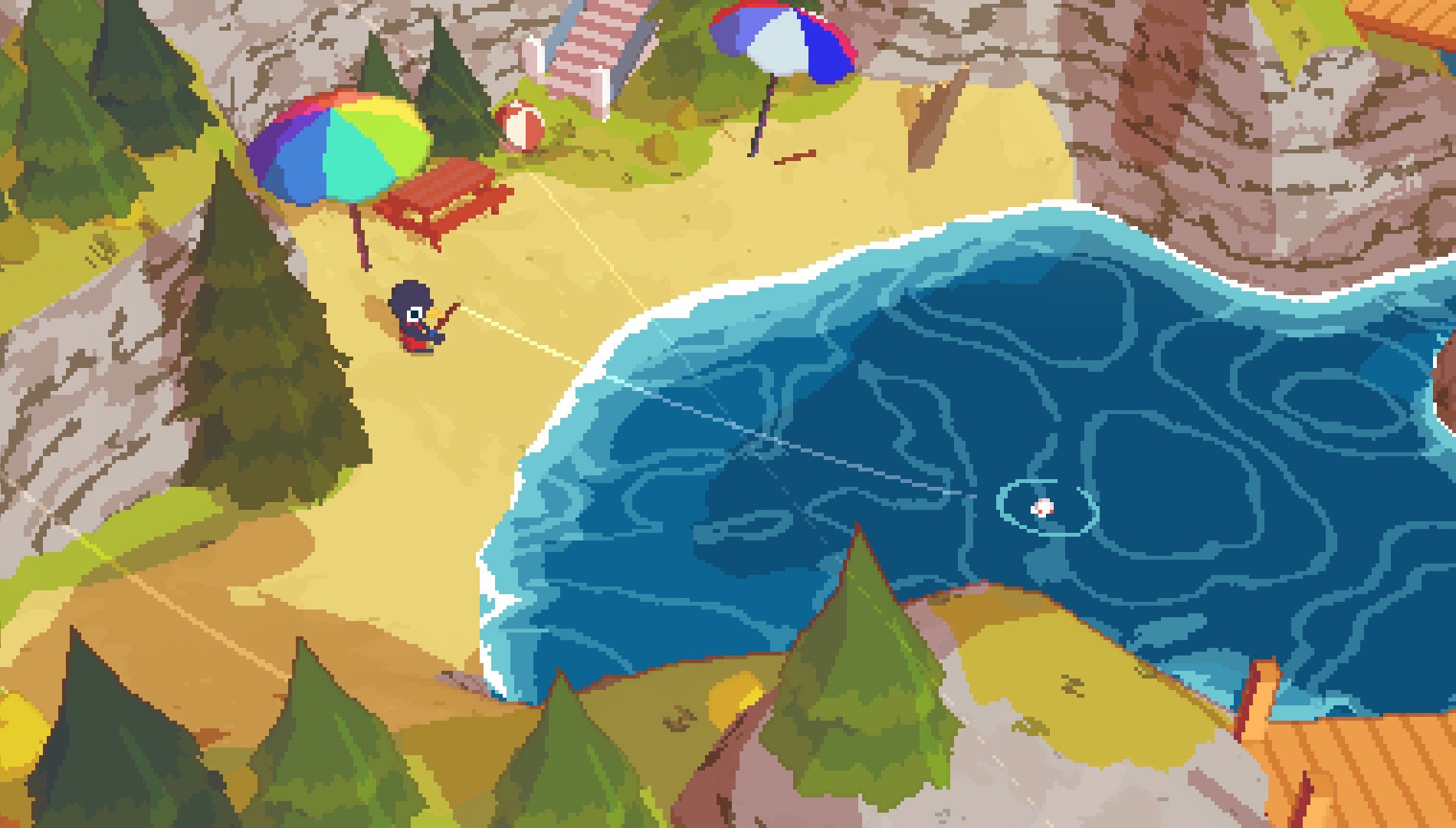 The distinctive feature with the feathers mechanic is the gliding, it allows the player to effortlessly glide through the sky and when combined with climbing the mountain you can gracefully reach speeds and distances with combining the two mechanics in some of the most liberating game-play I’ve ever experienced. It’s difficult to emphasise, but it is truly some of the best flying you will ever experience in a video game and if there ever a good Superman game it should look to A Short Hike for inspiration.

Outside of exploration or there as mentioned side quests and activities to do which include volleyball, motorboat riding, races, fishing and fetch quests. All the extra content adds replayability or extends this short game as it could be completed in 90 minutes if you really tried. The NPCs are all well written and provide a lot of humour to a peaceful experience, a fair few jokes got me laughing and smiling.

The visuals are stunning in a pixelated capacity and there’re settings to either increase the pixel density or to almost completely remove it to have an icey smooth looking game (which was my preferred viewing.) The game transitions from daylight to sunset to eventual beautiful aurora landscapes at the tip of Hawk Peak. Accompanying the spectacular visuals is a dynamic and awe-inspiring audio design with crystal clear sound effects and songs that calm you but push you to conquer the mountain at your own pace, which once you get to the top you are rewarded with one of the best moments I’ve experienced in an indie game, the sound, visuals and conclusion were beyond satisfying. 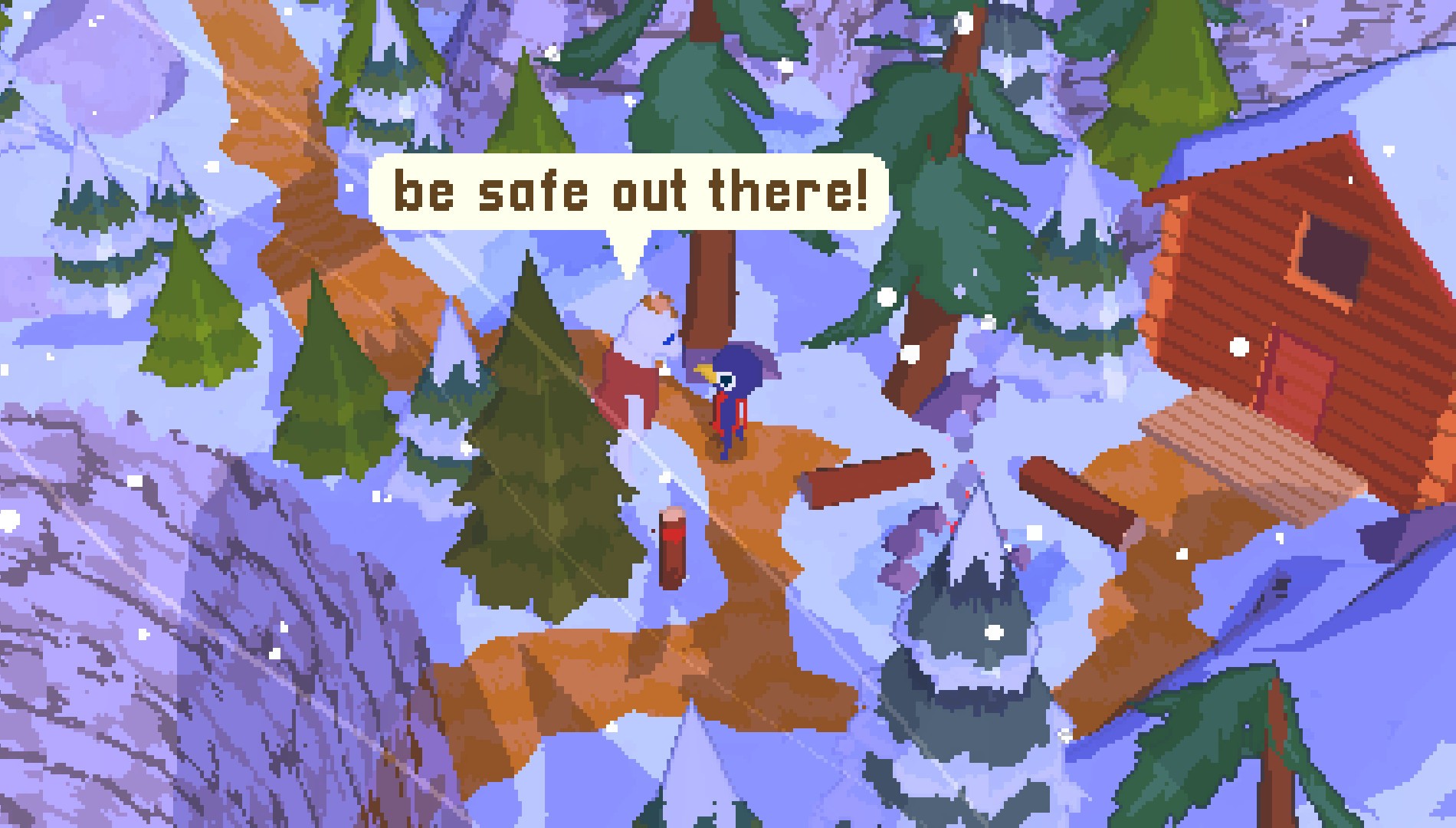 There are only two things that limit the game and feel frustrating and or intrusive in the other wise game about freedom is the camera control and the length of the game. The game is in a third-person perspective which suits the game really well but it is a locked camera that orbits from the mountain so exploration is limited by the camera as in a 3D environment I would love to see every corner of this game, unfortunately, the camera is stilted and limited what I could do. The last issue was the length of the game. Yes being called A Short Hike should indicate that it’s a short story but hopefully, in the future, more context is added, like the motorboating was done recently.

Despite that, if there’s one word that this game can be described as is ‘charming’, the game is a masterful indie title and I enjoyed almost every second of it. With its price and short playtime, if you see the trailer or this review and say to yourself “hmm that looks alright” then jump on it, A Short Hike is an indie at its best.

In A Short Hike, you play as Claire, a bird escaping the big city to stay with her Aunt at a national park. Your only task is to climb Hawk Peak and the game is based around exploration, stamina progression and side quests. It is a visually beautiful game with amazing sound design and mastered the flying mechanic.