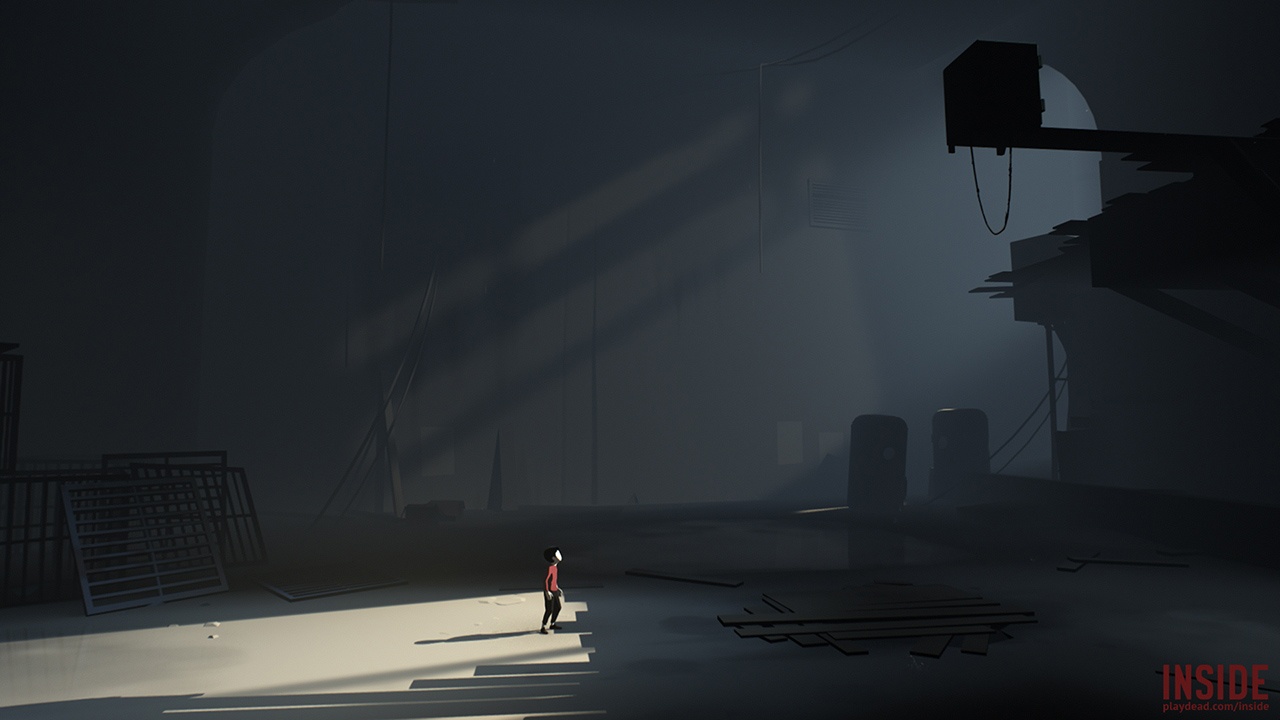 INSIDE was originally released on Xbox One and PC on June 26th 2016, but a month or two after it was released on PS4. INSIDE is a platforming puzzle adventure game by the developers of Limbo, Playdead. It’s one of those games that’s simplicity makes it so interesting, there are obviously parallels to Limbo when it comes to gameplay. However, INSIDE tells a very different and intriguing story. Unfortunately, it is very hard to describe the story while trying to do it any sort of justice. Much like Limbo, the game is also visually amazing.

The gameplay is very much like Limbo, in the sense that it’s a 2D side-scroller filled with an array of puzzles. However, this isn’t just a copy and paste to try and get the same amount of attention, there are elements that are different. Where in Limbo you have to avoid traps and other random things that may kill you, in INSIDE you must avoid being caught by men in masks and dogs (not men in dogs, just dogs). Stealth is a huge gameplay element, and you must select your times to run and times to hide wisely. The stage design is crafted perfectly in order to give you feel for the scale of the protagonist’s journey, and as there are so many open areas you feel vulnerable when it comes to stealth. 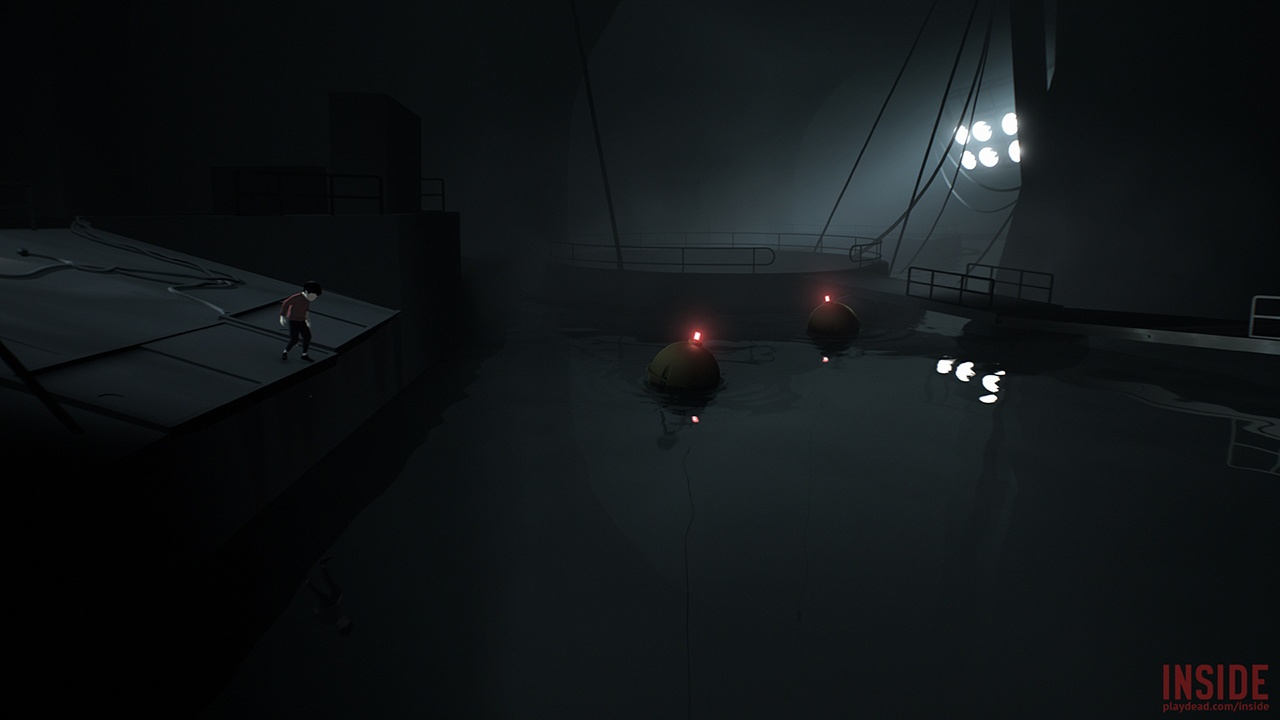 The story is a more difficult subject.  You start off knowing nothing and hiding from people, you get thrown straight into gameplay. I can’t really say much else without spoiling it or doing a crappy job of describing it, I think you should go into this game knowing nothing about the story. If you are really interested in this game you should just get it instead of looking up the story, it’s one of those games you should just play. I usually wouldn’t recommend this approach to any game, however, in this case it is necessary. It’s not worth looking up the story to see if it’s your bag, as the game is so small compared to other story games that it’ll ruin a huge chunk of it.

The art style is simple, not many colours or details yet still creates such a vivid setting. As this is a 2D platformer there isn’t much depth for most of the game, but the game still utilizes this to immerse you in the world of INSIDE as you delve deeper into the game. As a result of the limited background depth, the game gives you a sense of uneasiness as you further explore into the unknown; thus adding to the atmosphere and tension. The minimalistic audio also adds to the atmosphere as you really do feel alone on this journey. 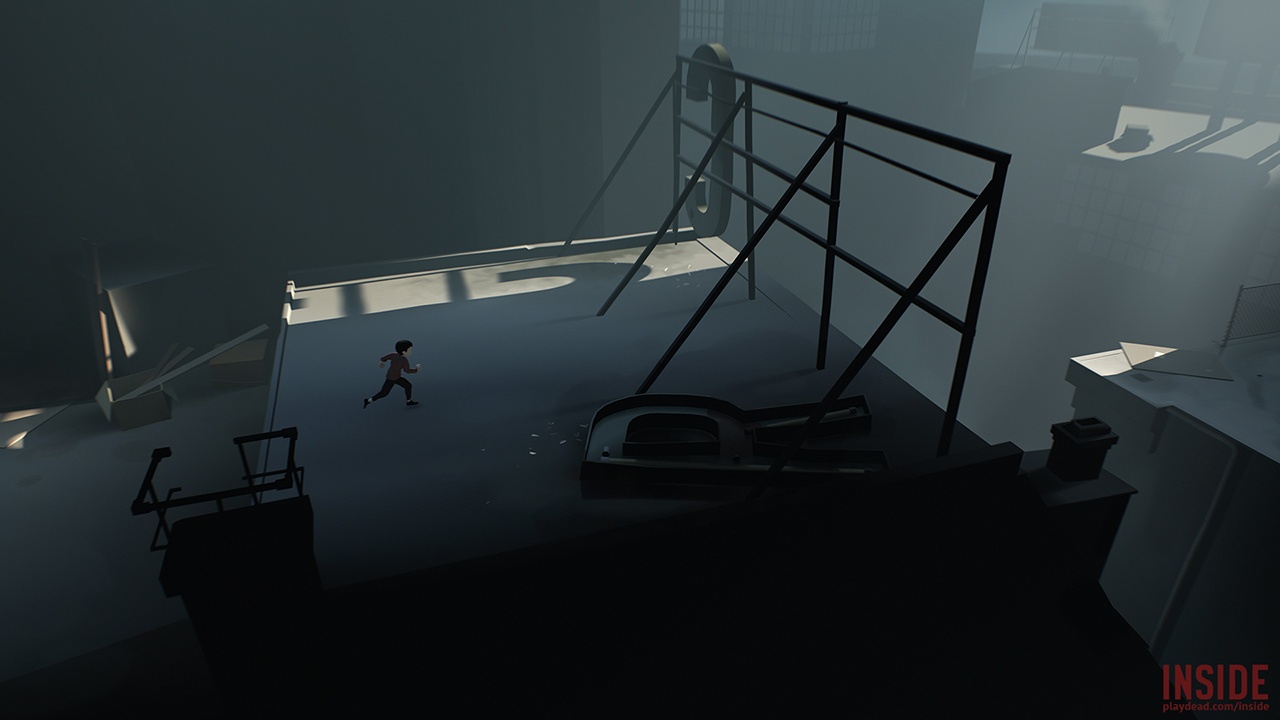 Another notable positive about the gameplay is the puzzles, and how enjoyable they are. They, for the most part, take some time and a high level of thought but this only makes it feel better once you’ve worked it out. The game would be so much worse if you were to just blast through every puzzle and stealth part easily, it makes you feel rewarded as you have to ‘sing for your supper’.

In conclusion, I’m going to give INSIDE a 9 out of 10 as it does so much right in terms of design and stealth however at times lacks in terms of ‘new’ and ‘exciting’ gameplay with regards to the puzzles. As I said that most of them are challenging, but they can be a tad repetitive as you progress. This isn’t enough to make me not recommend the game, and most games get repetitive these days. So if you think that this sounds like your cup of tea, then pick it up on PS4, but also buy Ape Escape 2 as that’s great as well.