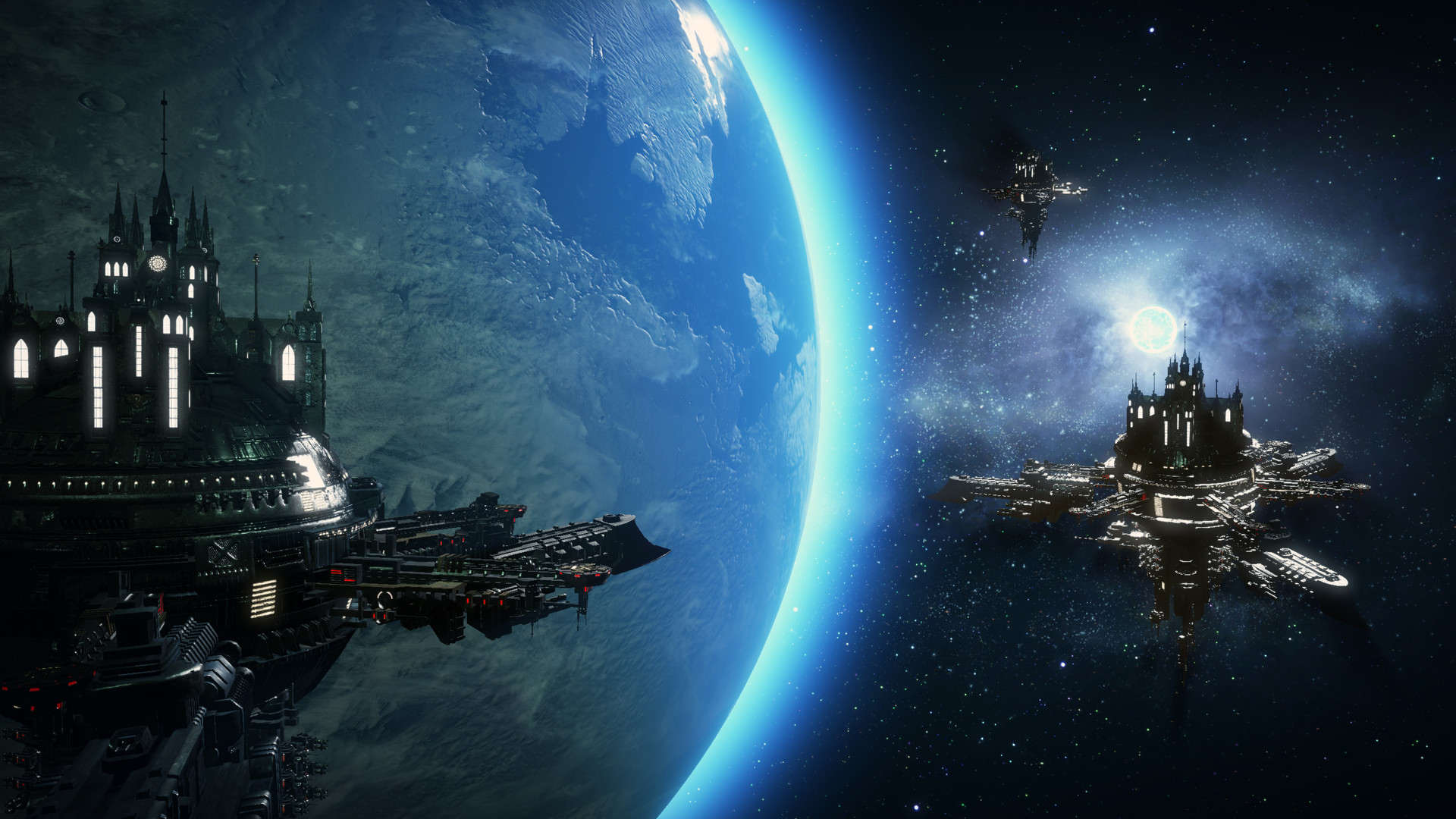 Not so long ago, people were somewhat literally begging for ever new titles from the Warhammer universe to be produced, as this beloved table top franchise used to be nothing more than a licence for a cash grab a generation ago, as most who acquired the licence developed nothing more than throw away games; which while often brandishing the AAA tag, were nothing more than AA games. The end result of this was rather expected as, with time, the flow of Warhammer branded videogames just stopped.

IP owner, The Workshop was clearly disappointed by most, if not all efforts. And to nobody’s surprise, they’ve become reluctant when it comes to licensing the Warhammer IP. But as the new generation started rolling, and Workshop wanted their franchise to remain relevant within the sphere, it bit the bullet and begun to outsource its brain child. But this time around, the result was much more positive, as titles such as Warhammer: Vermintide, and Space Hulk Deathwing became instant hits. And to capitalise on this wave of success, Workshop decided to go all in, and gamble on licensing its IP wholesale, and it has to be said that this time around the move paid off, as it resulted in some rather great games, such as the recently released Warhammer 40,000: Inquisitor – Martyr.

Warhammer 40,000: Inquisitor – Martyr, unlike any of the abovementioned titles from within the titular universe, is a top down RPG, in kin of Diablo. And throughout the game, you mainly slay monsters, complete objectives, and collect loot. But where diablo has you do that within ever repeating plains, cemeteries, and tombs, Warhammer 40,000: Inquisitor – Martyr allows you to do the same, but within much more varied and gruesomely attractive locations – but it is not an open world game. 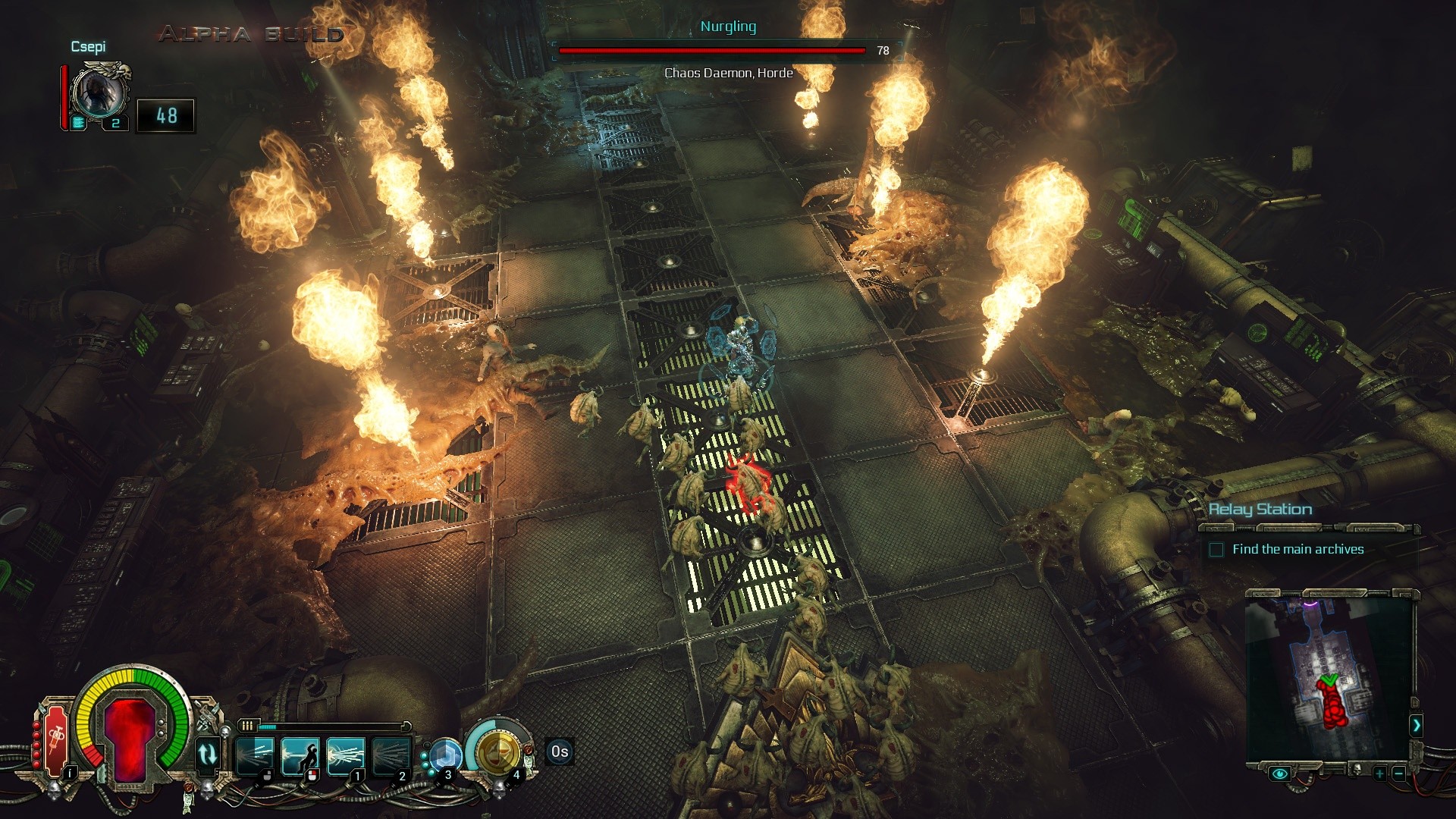 Similarly to the now revitalized Warframe, Warhammer 40,000: Inquisitor – Martyr is not an open world game, but one where you travel from one location to another, from a spaceship which serves the purpose of a hub. And just like in the abovementioned MMO, you can use your spaceship to manage your inventory, acquire new equipment, and do all sorts of other micromanagement related chores.

From the above-mentioned description, one could deduct that Warhammer 40,000: Inquisitor – Martyr is a lite RPG, which is nothing more than an action game with a few RPG’esque bells and whistles attached. But this could not be any further from the truth. As in reality, Warhammer 40,000: Inquisitor – Martyr is one of the more complex and extensive RPGs available on the modern platforms. Your inquisitors equipment has a number of slots, which allow you to alter his armour, eye implants, weapons, and much, much, more. And if that is not enough, the title also possesses tons of unique skills and abilities which alter the gameplay in some rather interesting ways.

If you were to look on the cover, or any promotional material for the game, you would notice that they are all promoting the very same, and archetypical inquisitor. However, in-game he is not the only playable character. In fact the game features three character archetypes which can be boiled down to a tank, assassin, and a warlock. And as you might have already guessed, the first one is focused on taking damage and protecting his team, the second is the DPS character, and the third utilises supernatural means in order to flatten the opposition. But that is not all, as each and every single class also possesses three unique archetypes, meaning that in total Warhammer 40,000: Inquisitor – Martyr has more than just three characters.

The ability to select character class is surely welcome, but those who are expecting Warhammer 40,000: Inquisitor – Martyr to have an extensive character creation suite will be severely disappointed, as the core appearance of each of the characters unfortunately cannot be altered. And in the grand scheme of things this is not really an issue considering that this is a top down game, and one which is not exactly a looker. As even for the genre which it occupies, Warhammer 40,000: Inquisitor – Martyr appears rather lethargic as visually, it is far behind titles such as Diablo 3 – which at the time of writing is five years old.

Warhammer 40,000: Inquisitor – Martyr matches the IP’s art style, the atmosphere, but unfortunately it does not match the execution of the meticulously crafted and painted top down figurines. And while it heavily resembles the franchise, it ultimately lacks its rather impressive quality. And those who play the table top rendition of the universe will be deeply disappointed. But visual quality will not be the only thing to let them down, as ultimately Warhammer 40,000: Inquisitor – Martyr biggest issues stems from the fact that it has a framerate of a slideshow. 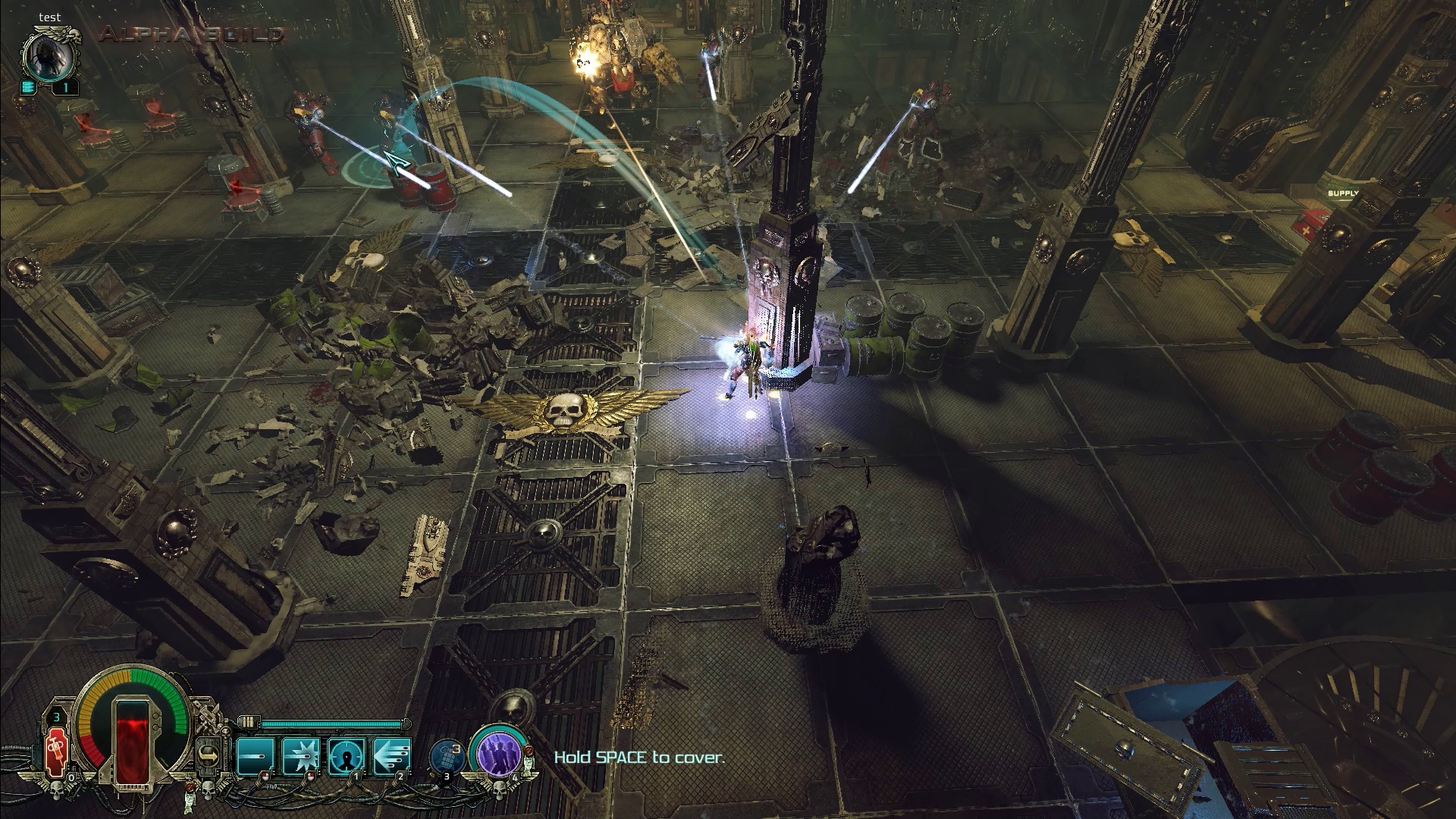 These days most games suffer from minor frame drops and hitches. Hell, even Red Dead Redemption 2 likes to swallow some frames, whenever you enter St Denis in-game. However, Warhammer 40,000: Inquisitor – Martyr doesn’t just suffer from minor frame related issue, the entire game is a tragic display of technical incompetence. As each and every combat encounter no matter how minor, plays out in less than 20 frames. But every larger battles is played out in a single digit framerate, and quite frankly this is unacceptable, especially for a title which has been out since the August of this year.

Catastrophic framerate takes a lot away from the otherwise rather excellent Warhammer 40,000: Inquisitor – Martyr. As all of its facets, from core gameplay, through item drops, all the way down to skill trees, are simply excellent. And if not for its rather shambolic mechanical state, it could be a game which I could recommend unconditionally, without a doubt in mind. And this is especially true, as I absolutely love the combat system of this particular game as it is as meaty and crunchy, as it should be – especially for a title with Warhammer themes interwoven throughout. But unfortunately I can’t. And that’s simply because the vast majority of this particular title’s positives is of strictly subjective nature, whereas its main frame rate related flaw is purely objective.

Warhammer 40,000: Inquisitor – Martyr, tells a great and meaningful tale with an assistance of some rather enjoyable and downright engaging mechanics. But unfortunately, it tells that very same tale in a stop-motion like manner. And whenever it gets rolling, it stops, starts, and then stops again, leaving you desperately clawing through to the next objective, only to be slowed down by a yet another poor display of technical performance which sooner rather than later will break the camel’s back, and put you off completely from playing the title.

Warhammer 40,000: Inquisitor – Martyr is a great RPG, but one that is severely held back by its rather depressing technical performance.