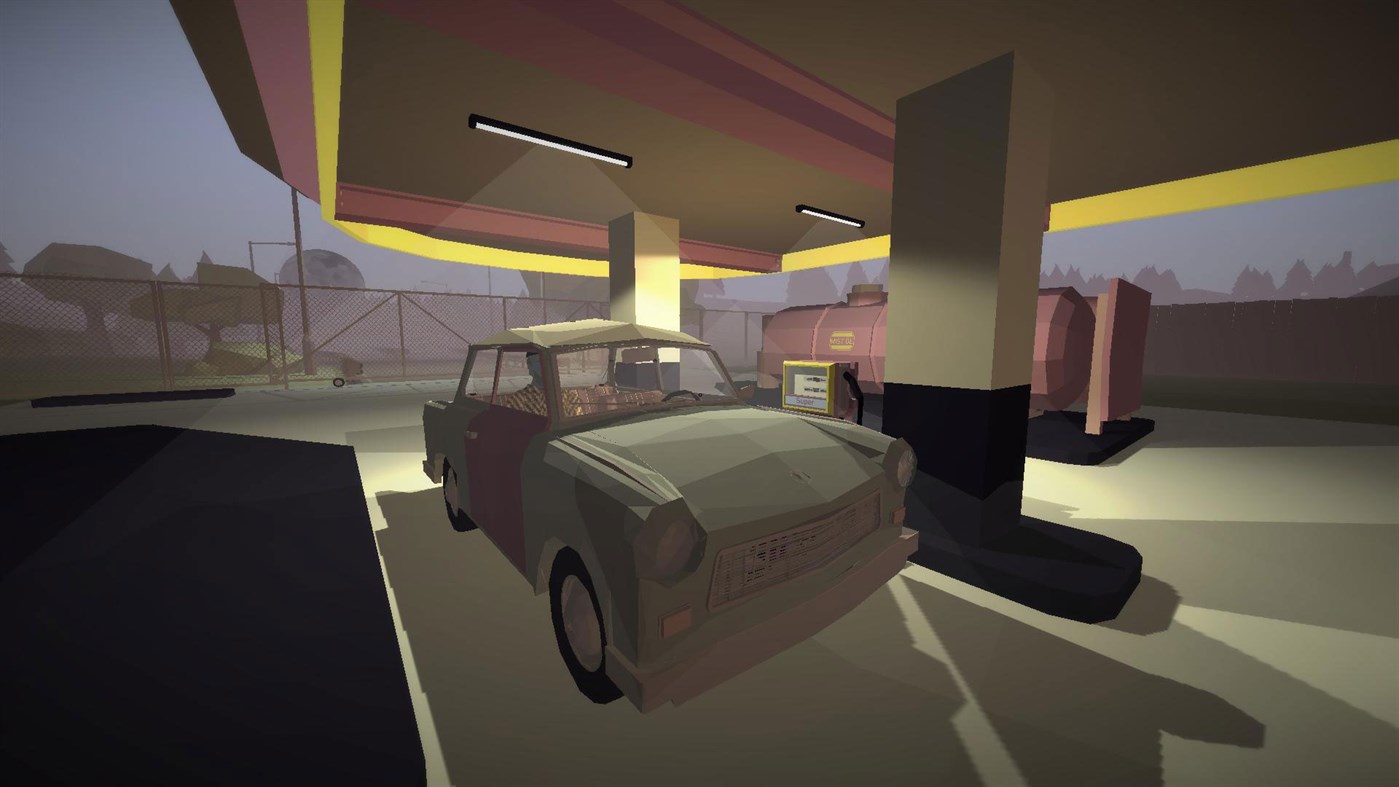 Have you ever considered what it would be like to drive one of the most unreliable cars ever to be invented across thousands of kilometres of road and through many country borders, no? Well, neither had I until I experienced Minskworks latest release, Jalopy. Published by Excalibur Games and having been released in Early Access on Steam since April 2016, this Road trip driving simulator has you traversing Eastern Europe, from East Berlin to Turkey.

The game begins in your uncle’s garage. He convinces you to join him on a road trip across the Balkan States. You are tasked with rebuilding his Laika 601, a car based heavily around the mass manufactured Trabant 601. Once you have completed this task, your road trip begins. From here, you will receive a form of tutorial via a text based discussion directed by your Uncle Lutif, he will explain how you must maintain the car, select your journey, and you are treated to a brief insight into the history of each area which you are passing through.

Starting in East Berlin, you must pass through 5 countries to arrive in Istanbul. Throughout this journey you will discover that the Laika 601 is as unreliable as the Trabant is in real life. The 2 stroke engine really isn’t suitable for this epic task. As time passes the engine will billow black smoke, urgent repairs are required before the car breaks down, and you are forced to to walk to the nearest fuel station for help. Every town that you visit along the way will have a motel, garage and shop. This is the point that you will re-spawn if anything goes wrong, and where you must purchase much needed supplies to keep you going. The idea of maintaining your vehicle is quite confusing to begin with, but once you understand the basic principles, it really is straightforward. Unfortunately for me, this was even more confusing as an early glitch removed all the screen text and I was left guessing what I was doing.

All the action takes place just after the fall of the Iron Curtain, and as such the countries which you are travelling through are recovering from the lack of free commerce, a lot of essential supplies are not available, which creates a supply and demand culture. During your travels you will be able to take advantage of this situation as you discover discarded boxes along the roadside that contain medical supplies, alcohol and food. Selling these in the local markets will reward you handsomely; you can take this one step further and attempt to smuggle the items across the border. The rewards for success are great, but so are the risks. The border patrols do not take a blatant disregard of the rules lying down, and you will be fined heavily for your misdemeanours. All money earned through this illicit activity can be spent on maintaining your vehicle, or if you save enough, you can visit the garage and upgrade your car. A vast selection of upgradeable items are available that will; increase your speed, range, durability and, importantly, luggage space. 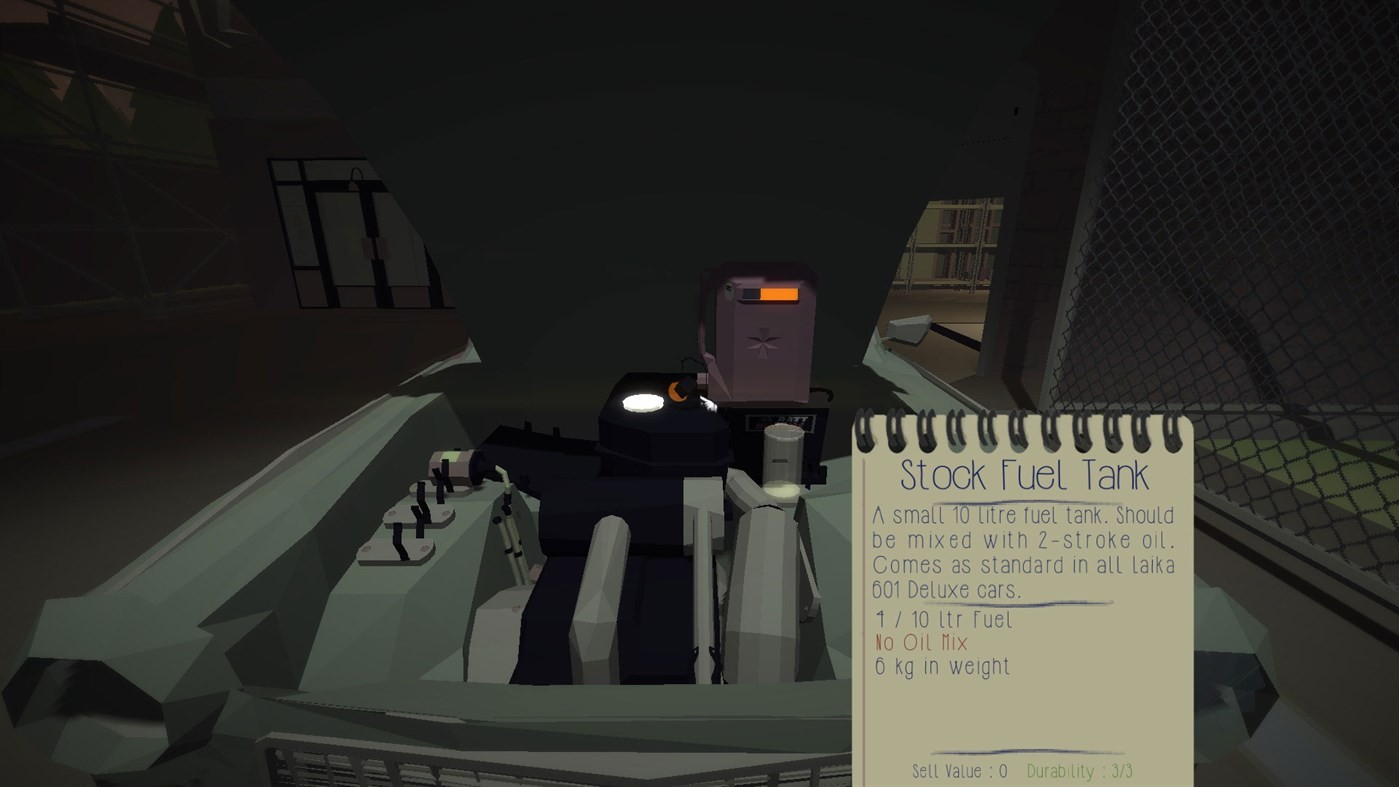 As a road trip simulator the physics of the game replicate the driving experience pretty accurately; weather, road conditions and weight all have an affect on how the car handles, and how much wear and tear is applied. The heavier the vehicle, the quicker the tyres degrade, and the higher the fuel consumption. You are able to select the lights, operate the horn, wipers, radio, pop the bonnet and boot. All these little extras are a nice touch, and make the game feel more realistic.

Late 80’s, early 90’s Eastern Europe isn’t renowned for its eccentric taste and vibrant colours, and this is reflected in the graphical presentation by the English Indie developers. Every city you visit is bland and angular in design, a grey palette has been used effectively, and gives the game an overbearing feeling of depression. The graphics themselves are at best dated, and at worst horrendous. A title that wouldn’t look out of place on a PS1, but runs much worse. A vast array of graphical glitches will be present on every playthrough, from missing bridges to falling through the world. Jalopy’s presentation captures the essence of the culture perfectly, but other than that this is no visual masterpiece.

When most of the driven narrative is communicated through text, you may be concerned that the audio will have been overlooked. I don’t believe this is the case in this instance. The stuttering sound of your 2 stroke engine, and the sound of the rain make for a relaxing experience throughout your trip, even the random music played on the radio adds a welcome distraction from the monotony. What I believe was missing was spoken narrative from the Uncle, I found the exclusive use of text a distraction, I was forced to skip it a number of times as I couldn’t focus on scanning for boxes, driving, and reading. Maybe the lack of multitasking is just a male thing, but I would have liked to be engrossed in the story while being able to traverse the road to each town.

Much of this game involves selecting highlighted objects to either open, carry or remove items. This was fiddly at the best of times, a highlighted area would suddenly move to the adjacent section, and you’d perform the wrong task. I also found on a number of occasions, a glitch that would prevent you from selecting any items; the only way to solve this was to hit the menu button and then resume the game. This was apparent when trying to read your uncle’s note in the motel, and would fail every time you attempted to view it, hardly game breaking but still annoying all the same. Once you get used to the finer issues surrounding the controls, then the game does become more enjoyable, up to that point, it’s a grind and really is frustrating. 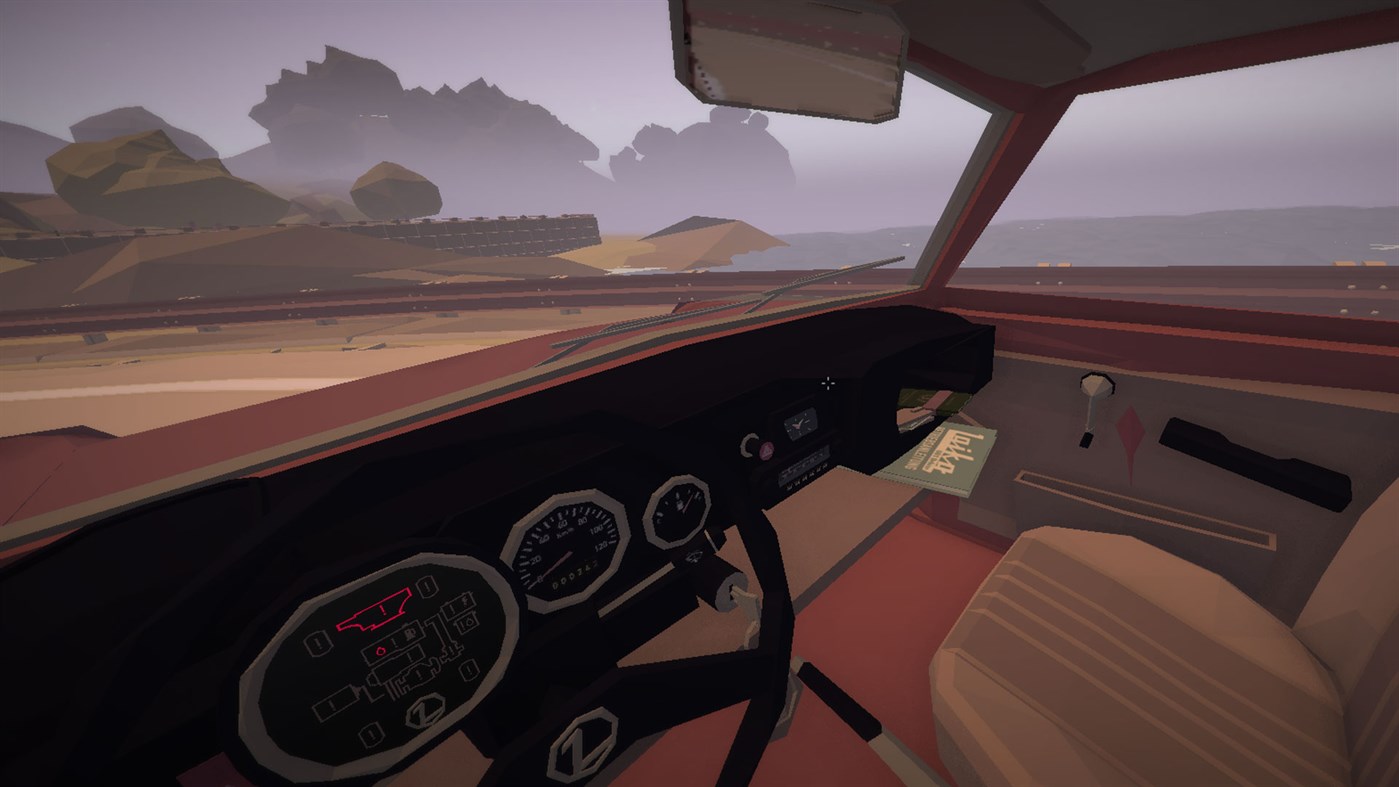 Minskworks really should seek the help of an exterminator as their game is absolutely riddled with bugs. Now I know nearly every title that exists has some form of glitch, or issue, but Jalopy is effectively broken. I experienced a game breaking bug on average every 30 minutes, every time it resulted in me losing all activity achieved, and was extremely frustrating. Without hammering the point home too much, let me expand on some of these issues, starting with the non game breakers. As previously mentioned the select item would randomly stop working, if you parked your car slightly outside the designated zone your uncle would get stuck, and you would not be able to read the note he carries in his briefcase, the note allows you to piece together the background story of the game, and explained the necessity of the road trip, so in my opinion quite important. Now onto the game breakers; parts of the world would vanish, the car would drive into them and be stuck until the game crashed and you lost all progress, moving items to sell would regularly crash the game, and finally my favourite was the car suddenly stopped working and rolled down the hill into the water and plunged through the world, this led to me floating around in what can only be explained as an outer world zone. In this day and age, a game that has been available for 4 years on Steam, and is now being sold on console should not have this many bugs, it absolutely destroys the game, and in my opinion makes it unplayable in its current state.

If you can somehow survive the bugs, and attempt to complete a full playthrough then you will note that the developers have created a rather tough achievement list that will only be attractive to the most hardcore of players. Once the game is complete you have the option to free roam to try the arduous journey again, this will be required to say you have finished the game 100%, and quite frankly with the roulette of the game crashing on you, you would be a braver person than I am attempting an additional run through.

This review is written with a heavy heart, as there is something incredibly unique and addictive about Jalopy’s game play. Once I got my head around how the game mechanics worked I was able to enjoy what the developers had created. The relaxing nature of “observing” the scenery at 60 km/h as you gently rolled past it, the fear that your horrendous little car won’t make it to the next town and scavenging the boxes on the side of the road and hoping that you’ve hit the jackpot, made me want to keep playing. The story itself is heartwarming, and the way the uncle reminisces about the past will feel familiar to anyone who has an elderly relative. It’s hard to say, but the game has effectively hit the self destruct button with its own inability to program and patch out the bugs, no one in their right mind deserves to pay for a title that will crash every time they play it. I hope that Minskworks are busy working on the issues, otherwise this could be a nonstarter on the Xbox One. At the moment the gameplay is as reliable as the Trabant 601, so my advice is to avoid this title at the moment, and wait to see if the developers give the game some much needed maintenance.

A heartwarming story of an old man’s journey to his homeland. It would be perfect if it wasn’t for the game destroying bugs. With some time and TLC this title could reach its full potential.

Touching story.
Unique gameplay concept.
An interesting insight into the Balkan states after the fall of the Iron Curtain.

On average 1 game breaking bug every 30 minutes.
Controls can be tough to master.
Text only narration can be distracting.
Unable to play the game in its current state.