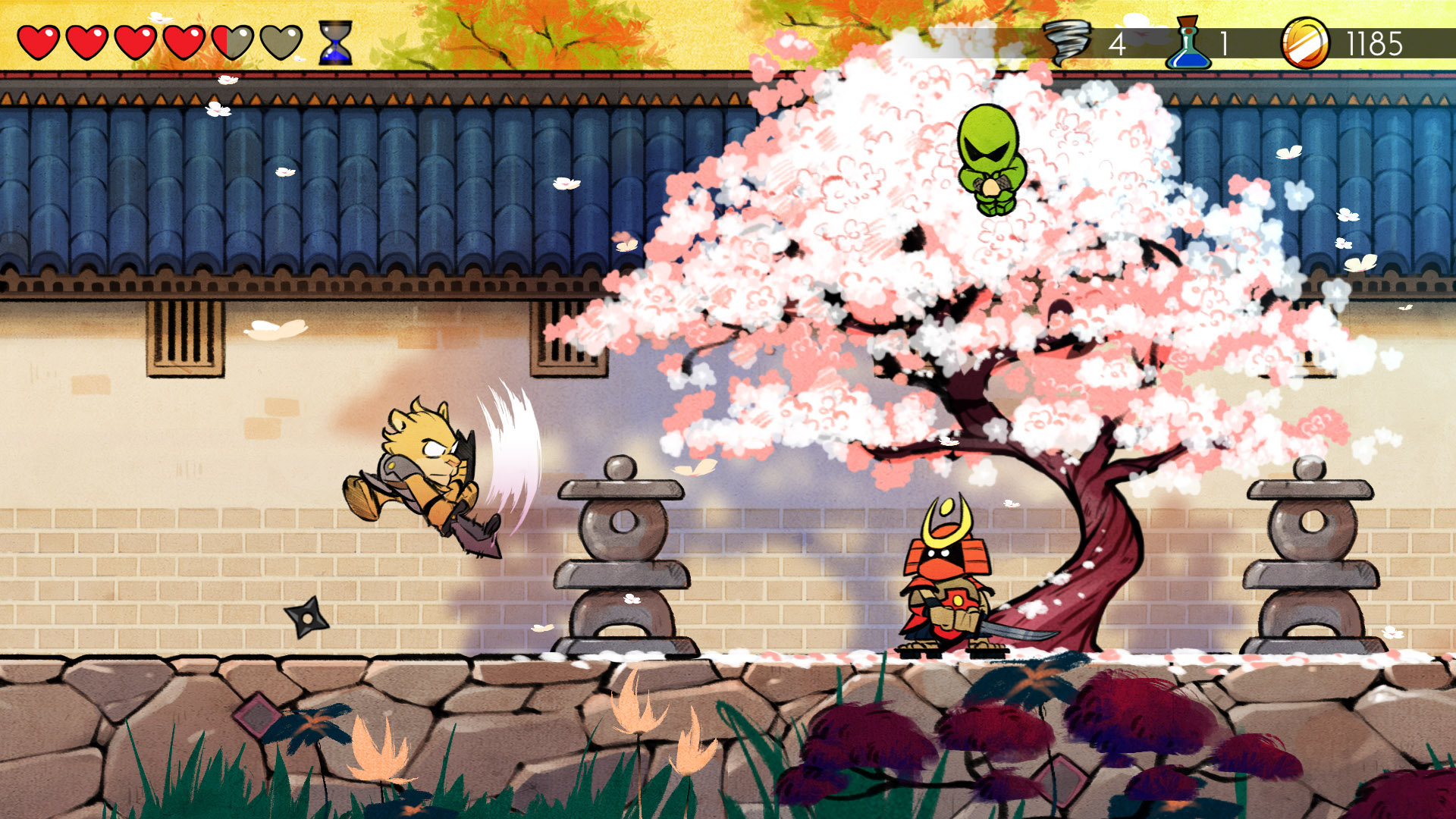 I’ll try to be as unbiased as possible because Wonder Boy (or girl depending on who you choose to play as): the Dragon’s Trap isn’t a bad game much in the way Demon or Dark Souls aren’t–but that doesn’t mean I’m a fan. It takes a certain mentality to enjoy having to perfect every movement and learn enemy attack patterns and I just don’t have the sort of patience or drive needed to get right back up after I’ve been beaten. I’m a fan of rogue likes because you feel as though you’ve actually made progress. Wonder Boy, however, did not give me that sensation; it fought against me, its challenging nature bordering on cruel as its design did everything it could to make sure I was punished for even breathing the wrong way.

The game is based on the original Wonderboy III: The Dragon’s Trap, released in 1989, and was developed with series creator Ryuichi Nishizawa.

Wonder Boy: The Dragon’s Trap boasts a brand new aesthetic and sound track–modernized for the gamers of today. Everything else–level design, gameplay, difficulty, and story–remains true to the original game.

The game looks and sounds great. The attention to detail is astonishing and the vibrant hand-drawn monsters are truly a joy to behold. You can switch seamlessly between the retro and modern aesthetic and soundtrack at any point in your play.

The game revolves around you, a hero or heroine, and the dragons that you seek to slay. The first of such foes curses you with the scaly hide of a lizard and each one after transforms you into a different creature–a total of six: Lizard, Mouse, Piranha, Lion, and Hawk. These forms aren’t only cosmetic, they offer different abilities and also effect what blades you can purchase and equip. Using these powers will not only help you defeat monsters, they’ll also allow you to reach new areas and pick up the game’s collectables. These include stones, which increase charisma points and improve your chances at finding items, heart containers, and sword fragments, which can later be combined into better equipment for your animal warriors.

There are also secret passwords, which can be gotten from the fortune-teller pig in town. Collecting one after clearing an area will refill the treasure chests within it, so it’s worth going back and seeing what you can pick up.

These are not explained at any point and I had to look up a guide. The game isn’t particularly friendly to those who have never played it.

.How to Beat Your Dragon.

First, you need to find your dragon. The game is split into several different areas–deserts, sewers, open fields (both lava and grassy), and more–each with their own secrets, enemies, and bosses.

Getting through these areas to the boss room is a matter of quick timing and finesse. Enemies and traps work in tandem to bar your passage and make life difficult. Both act on a timer or have a pattern that they adhere to, which means progress depends on your attentiveness and patience for trying, failing and learning from your mistakes, and trying again.

At your disposal are the power ups you picked up by slaying regular enemies–a handful of powers like fire balls, mini hurricanes, boomerangs, and other things commonly found in retro platformers–and your sword. The problem with these items is they drop at random, meaning you’ll have to grind to acquire enough to have at hand in case of emergency. One such example of this is the floating cloud enemies that drop fireballs on your head. In most cases, you can’t jump high enough to hit them, which means if you don’t have the arrow, the one object that shoots straight up, you’ll take a lot of damage while trying to avoid them. A secondary issue is the hit box. Hitting an enemy above you takes split second timing and I found that most of my attempts failed. You can upgrade your base damage and defense by buying new swords, armor, and shields from vendors you’ll meet along the way.

If you die, you lose all of your power ups, but you keep your money so that you can hopefully buy new gear to better your chances of survival. However, if you buy equipment and die before making it back to town you’ll lose those, too.

Should you make it through alive, you’ll face off against the head honcho: a terrifying dragon. Dragons can only be damaged if you hit their head. This means that while you’re leaping and running to avoid your enemy’s attacks, you’ll also be attempting to jump and strike its weak point. Platforming in Wonder Boy: The Dragon’s Trap is a little… “slidey.” I found myself overshooting a platform on more than on occasion simply because a jump took me further than I expected due to the fact that our hero doesn’t exactly stop on a dime. Unfortunately, falling off a platform usually means instant death or having to fight your way back up to where you’d fallen from, meaning you’ll likely incur more damage than need be. Other than that, the controls work well.

.Bottom line.
This nostalgic dose of platformer will appeal to fans, but not so much to those with a more casual interest in platforming. Given that it directly mirrors the original, the modern gamer may find themselves at a loss as it misses some of the improvements the genre has made over the last few decades since its release. If you seek to slay dragons, be warned that this journey won’t be an easy one. If you can get past the steep difficulty curve, you’re in for a cute and quirky shape-shifting adventure.