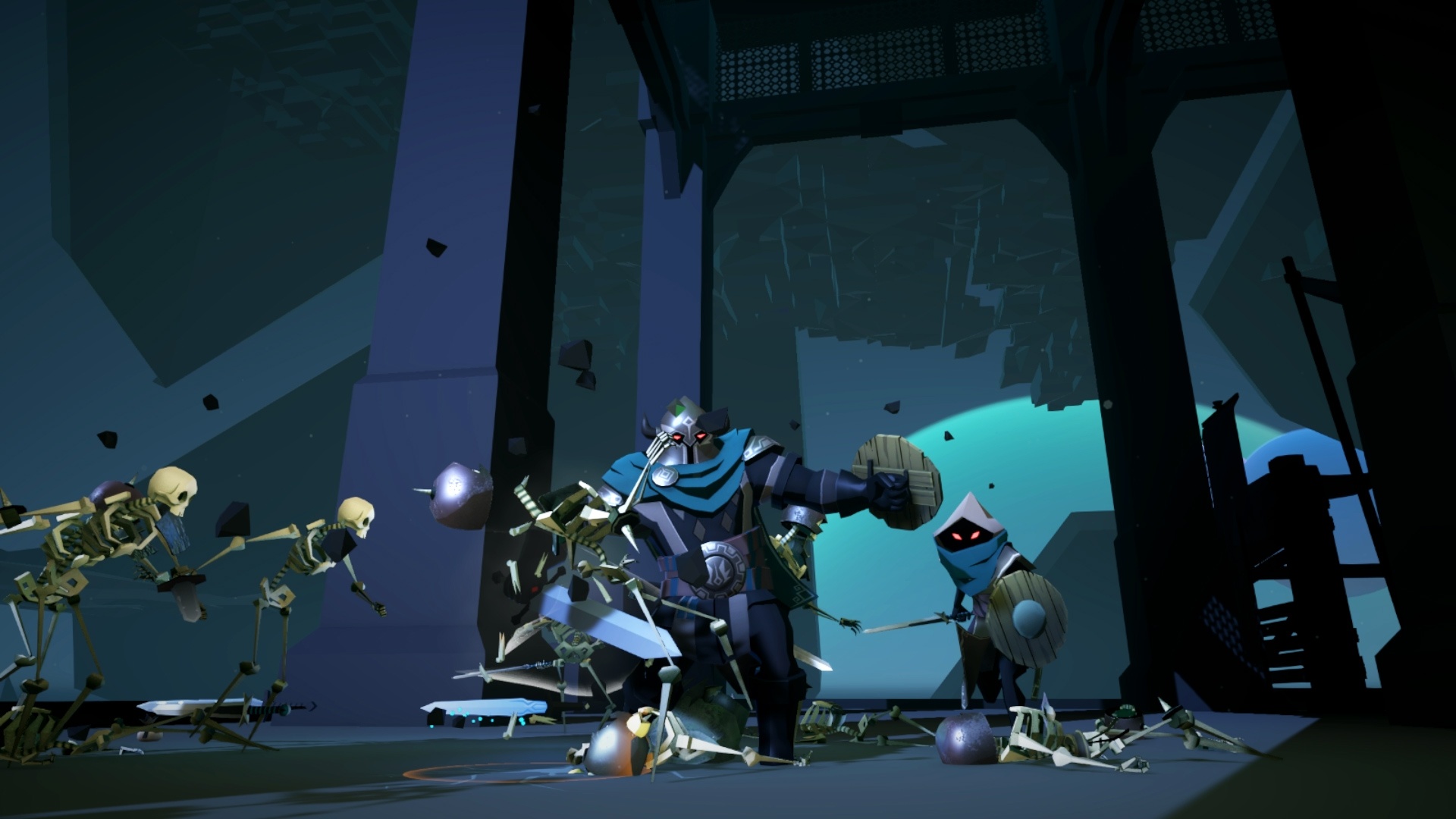 First of all, I just want to say that I never played the original version of NECROPOLIS. This review is solely based on my time with NECROPOLIS: BRUTAL EDITION. With that out-of-the-way, I must say that I got really excited when I first saw the announcement for Necropolis simply because it looked absolutely gorgeous and it was being developed by the team behind the Shadowrun games, which I thoroughly enjoyed. Still, I feel that the majority of people was disappointed with the game when it first released but that seems to have changed with the Brutal Edition update.

In terms of story I feel like the game is very vague and I didn’t find myself paying too much attention to the narrator, and the many writings that you can find on the walls were rather confusing and I didn’t really get what was going on until after I checked the wiki. At the end of each level you also find a wall filled with glyphs that tells a story. Still, if you want to know what these mean you have to go through the translation process yourself, which is something some people might be into. As far as the actual soundtrack goes I’ve somewhat conflicted feelings. I find some of the tracks to be rather good and fitting with the game spooky, dark and stylized visuals while others seem to be off place. In any case the game does look and sound good despite personal tastes. 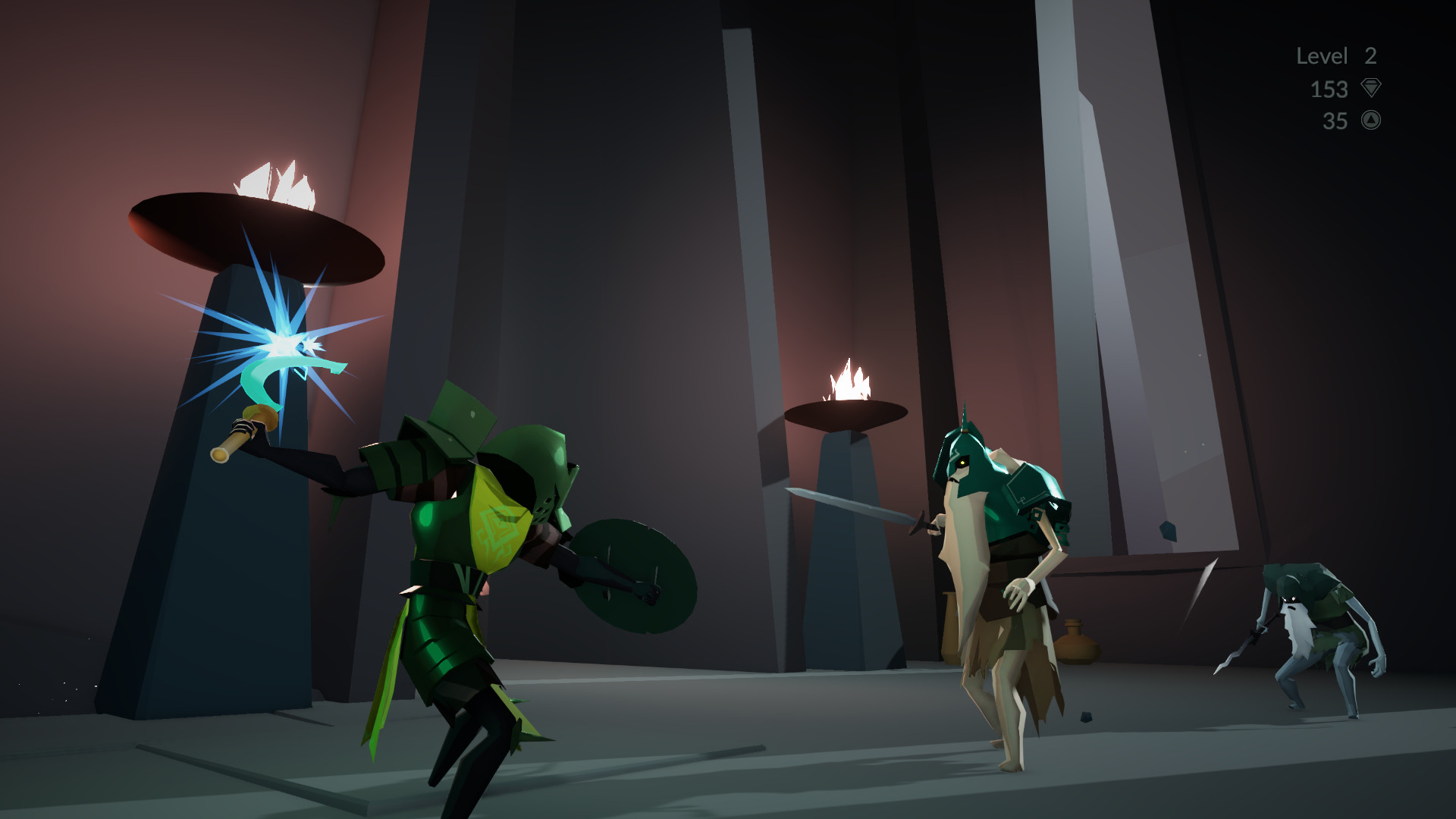 Necropolis can be described as an action game featuring elements from other genres and games. It is impossible not to make a comparison to the Dark Souls series simply because of the way the combat works. Still, the game also has some elements that are present in certain “rogue-likes” such as persistent progression, which is one of the key reasons to keep playing the game and get the most out of it. As you play you’ll acquire Tokens of Favor which allow you to permanently unlock passive buffs, in the form of Codexes, dyes, which allow you to change the color of your character’s armor, and open certain chests which usually have fairly good loot. Everytime you die, or beat the game, you’ll gain a certain amount of these based on the amount of gems you’ve collected during that correspondent run. You can also get tokens by completing quests that are assigned to you on each level. Gems on the other hand are lost whenever you die, they only serve to open doors and buy items from vendors, such as recipes for crafting and potions.

The goal in each level is to find an elevator that will allow you to descend further into the Necropolis, in the hope of finding an exit. The levels themselves are made up of a series of handcrafted layouts which are then mixed in each playthrough and, because of that, it’s very likely that it won’t be long before you start recognizing a certain room or area. Still, enemy placement feels very random and, therefore, you can expect some nice surprises awaiting for you. Despite having no bosses in the strict sense, the enemy variety is pretty decent, ranging from the average skeleton to weird Big Daddies look-alikes and some other strange monsters that must have come from some long forgotten place. As you move further down in the Necropolis, you’ll encounter new types of enemies, which are harder than the previous ones you’ve faced, as well as tougher versions and bigger groups of the regular cannon fodder that you faced earlier. There are however some rather curious enemy designs, particularly one type that can steal items from your inventory and then vanish.

Overall, I find the combat to be average at best, and that doesn’t help considering the fact that the game focuses heavily on combat. You can choose from 2 different characters but, having played with both I don’t think there’s really a difference between playing one or the other. One cool mechanic I do like is the fact that you get tired as you use your stamina by attacking, which results in decreasing your maximum stamina. In order to fight this you need to consume food, which can be found in chests, enemies or crafted by using materials dropped by enemies. In terms of weapons, each weapon type has a different weight and feel to it but hitting enemies doesn’t feel very satisfying and the fact that there’s no ability to backstab, counter or parry is a huge letdown. The weapon variety is very limited and it can be summed into 4 different categories, light weapons, heavy weapons, ranged weapons and shields. That said, you’ll end up finding the same piece of equipment over and over again and the only way the game distinguishes one from another is by assigning them a specific tier. Each item has a description but it rarely tells you anything about how good that item is. The only exceptions to this case are magic scrolls, potions and food. However, finding new and better armor is very rare, at least in my experience. Lastly, one thing that really bothers me about the loot system is the fact that when items drop on the ground, they usually drop on top of each other and because of that it’s a bit frustrating to pick a potion instead of a weapon, and you have to just move around and find the right spot in order to do so. 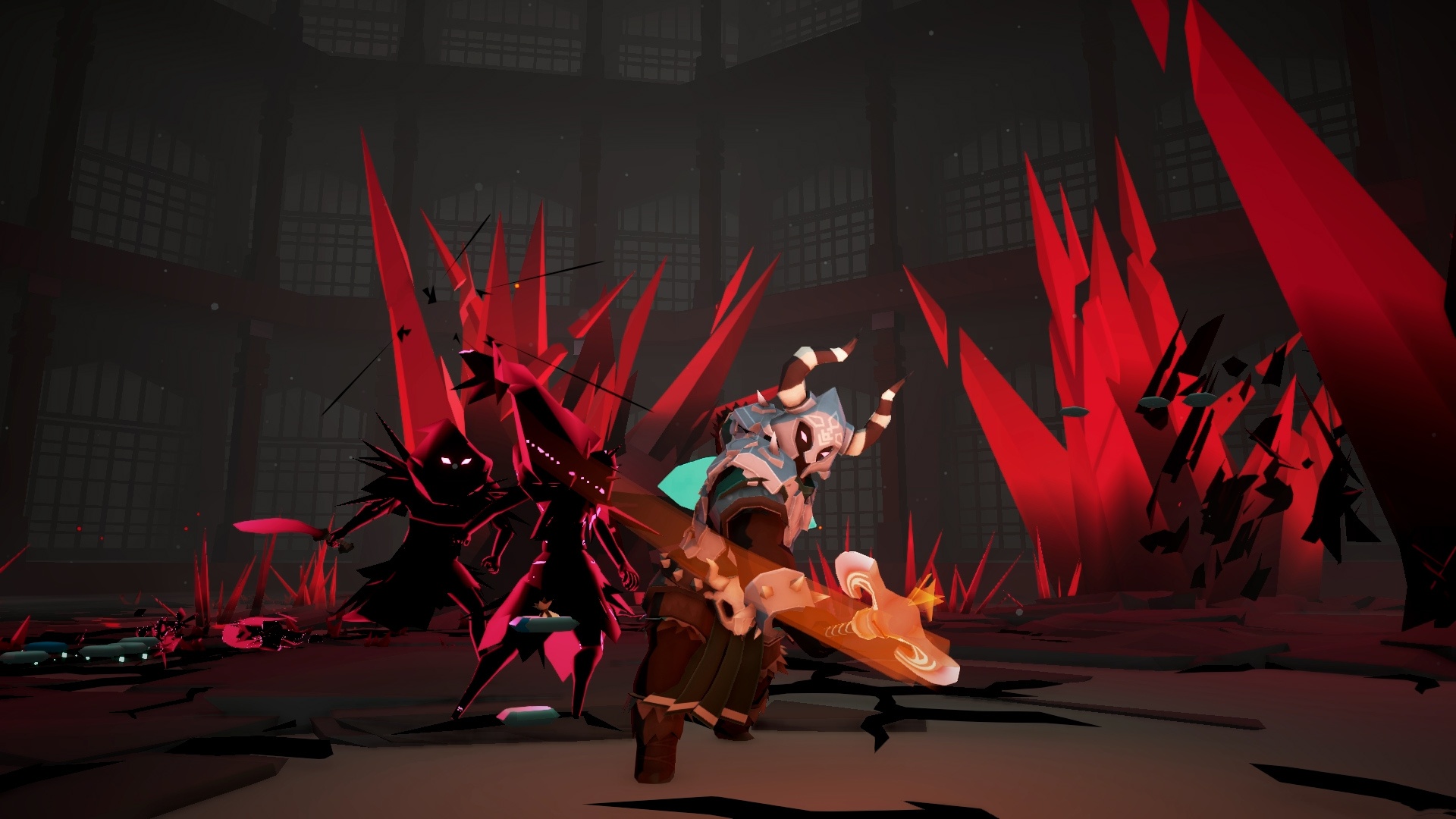 Even though it was not an inconvenient for me, one thing that needs to be addressed is the fact that the game doesn’t allow you to rebind your keys. Personally, I find this to be a game that is best played on a controller and having played it like that I have no complaints.

One huge problem I have with the game ties with one of its strongest features, and that is the multiplayer. The multiplayer works great and you can easily drop-in and out of other people’s games. Having beaten the game with a friend, which took roughly 7 hours, I can definitely say that it’s a lot more enjoyable to play the game with someone else. That said, it is also a lot easier and that is where I think the biggest problem with the game resides. As far as I can tell there is no enemy balancing but that isn’t the main issue. The main issue is that no matter how many times you die, you can always be revived by another player and regain quite a huge portion of your health, so if you’re low on health another player can just kill you and you regain the lost health after being revived. If you’re playing single player however, once you’re dead it’s game over.

To conclude, Necropolis is a competent game but it’s just slightly above average. It is fairly decent in doing what it set off to do but I find it lacking in content and variety in order to keep me interested enough to keep playing it, that doesn’t mean that other folks won’t enjoy it. Now, do I recommend it? Honestly, if you can get a couple more people to play the game with you I suggest you pick it up for it is fun for what it is, and depending on how much you end up enjoy it, it can provide for quite a few hours of enjoyment. For a solo experience, based off my own experience I don’t really recommend it.