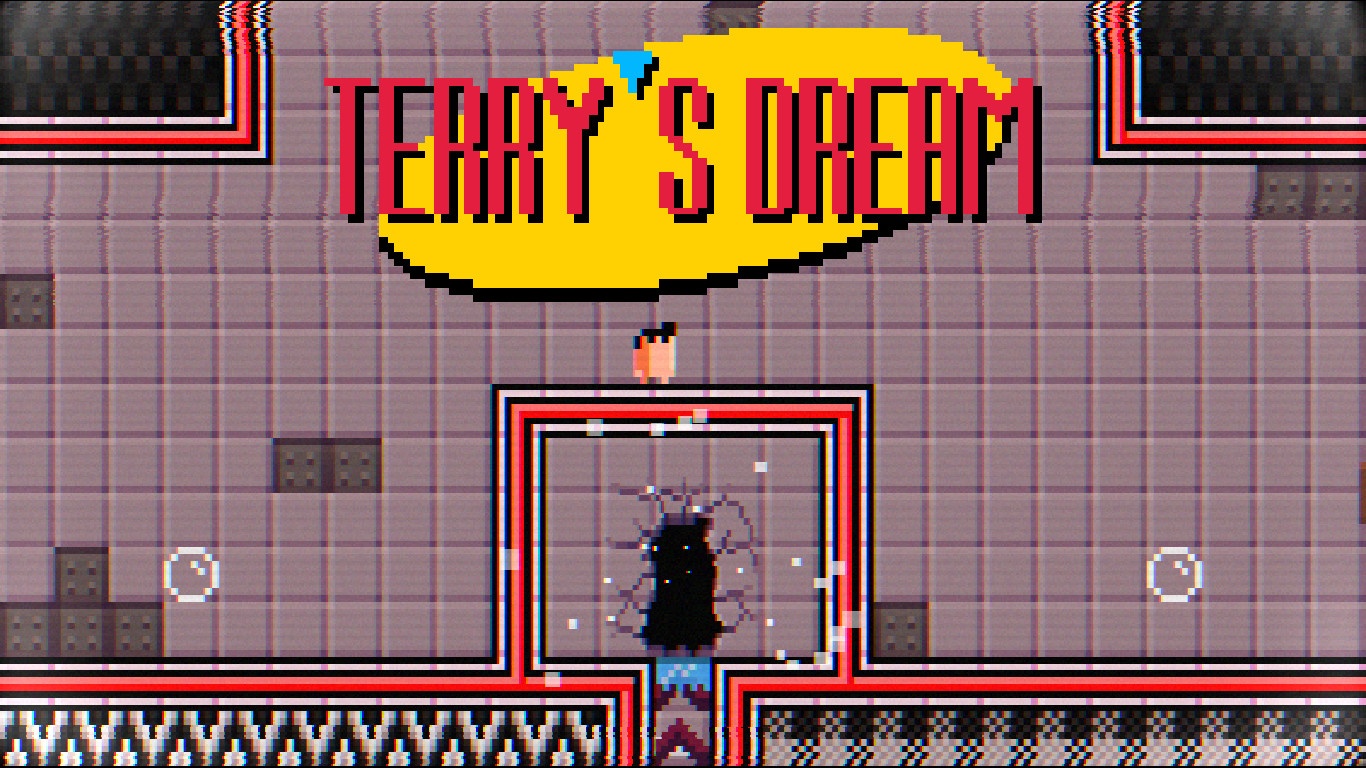 Quite honestly, I wouldn’t blame you if you looked at this game and thought “Oh yay, another 2D pixel-art platformer”, but the truth is, there’s so much more to it. If you’re wondering why you should dedicate your time and money to this little game, please stick along. First of all, the main selling point of Necrosphere is the fact that the game is played solely with two keys, which you use to move left and right.

It might be weird to think of a platformer in which you can’t actually jump, but the idea actually translates itself pretty well into the game itself. Instead of jumping, you have these gravity bubbles that propel you upwards, and you must use those in order to reach passageways and platforms. Still, while these show up pretty early on the game, they slowly disappear as you unlock more abilities but they still play a huge role in certain sections. Sometimes you’ll also need to time these jumps right, in order to bump against another bubble that’s moving, which then allows you reach even higher up. However, this some variety to all this, as the game introduces these pink bubbles that burst after you bump into them, which then need a couple of seconds in order to be formed again. 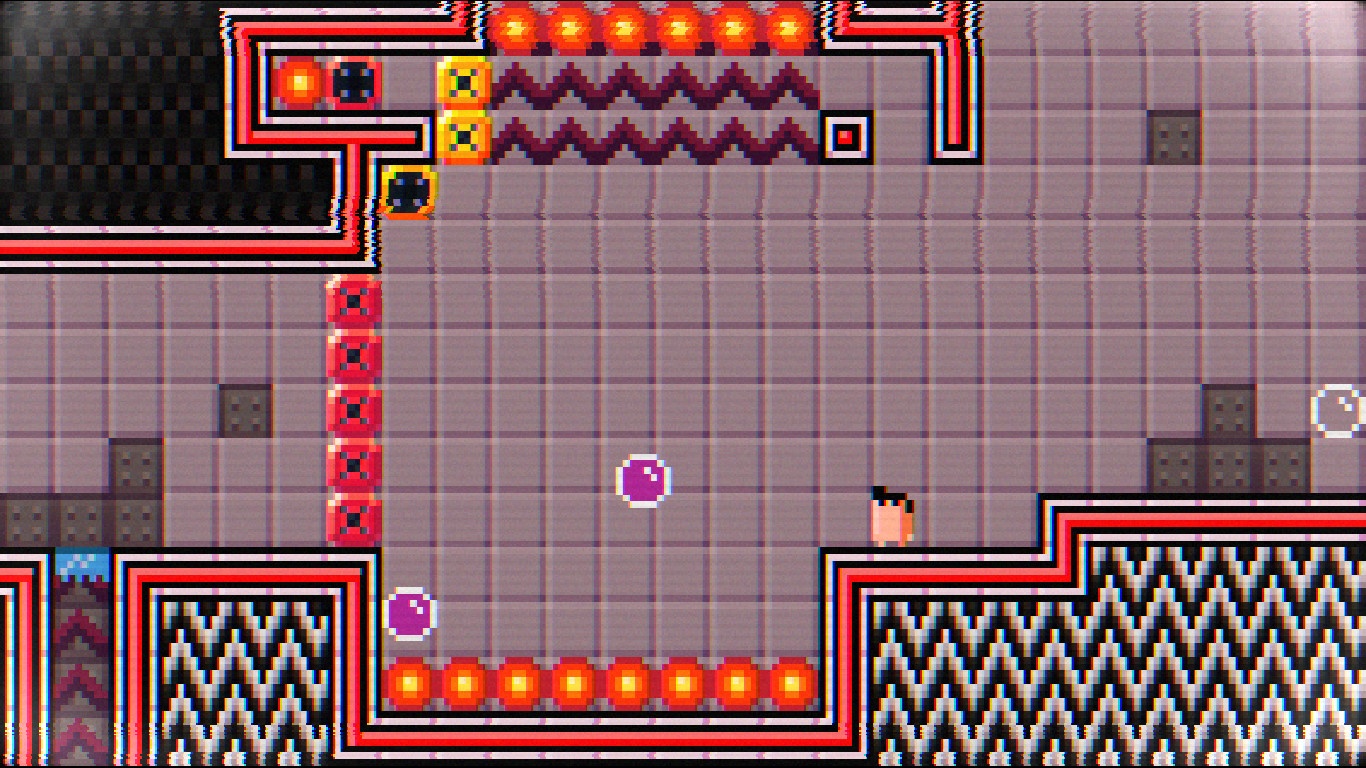 Much in the same way that Necrosphere is a platformer without actual jumping, it could also be considered a metroidvania. Given the game’s plot and how the game is structured, you’ll find yourself revisiting areas you were previously in but where you couldn’t progress through, but the game lacks any sort of map, and it’s pretty streamlined and linear as to where and how the player should go next. Very often people complain about linear experiences in videogames, but in this case it’s for the better, as it allows for careful, polished, hand-made levels that completely fit with the player’s abilities at any given time.

As far as the plot of the game goes, it’s not really its selling point but it’s decent enough that it fits the setting of the game rather well. Basically what happened was, you and two other friends were ambushed and you ended up getting shot in the face, thus coming to the Necrosphere, this sort of underworld that everyone goes after dying where they spend all eternity. Nonetheless, your friends didn’t abandon you, and, somehow, they managed to spread messages around the levels, and these messages are pretty much the only means through which the game carries any sort of narrative. Soon enough, you’re going around different zones looking for a portal, which there are total of four, with only one being the exit of the Necrosphere, the other three only teleport you to the entrance.

Now, as the game is linear in that aspect, you can’t go to whatever zone you want first, as there’s some limits as to what you can do initially. Each zone will grant you a new piece gear, a ballet suit that allows you to dash if you tap twice the key correspondent to the direction you want to move, the ability to destroy rocks and a jetpack. These will then allow you to go to zones that you previously couldn’t access, thus clearing the way for you to progress. Still, I did find one rather annoying issue regarding how the dash is used, and that’s the fact that having the dash ability bound to double tap, results that when you’re just trying to move a little further, you end up accidentally dashing, which sometimes is the difference between living or dying. 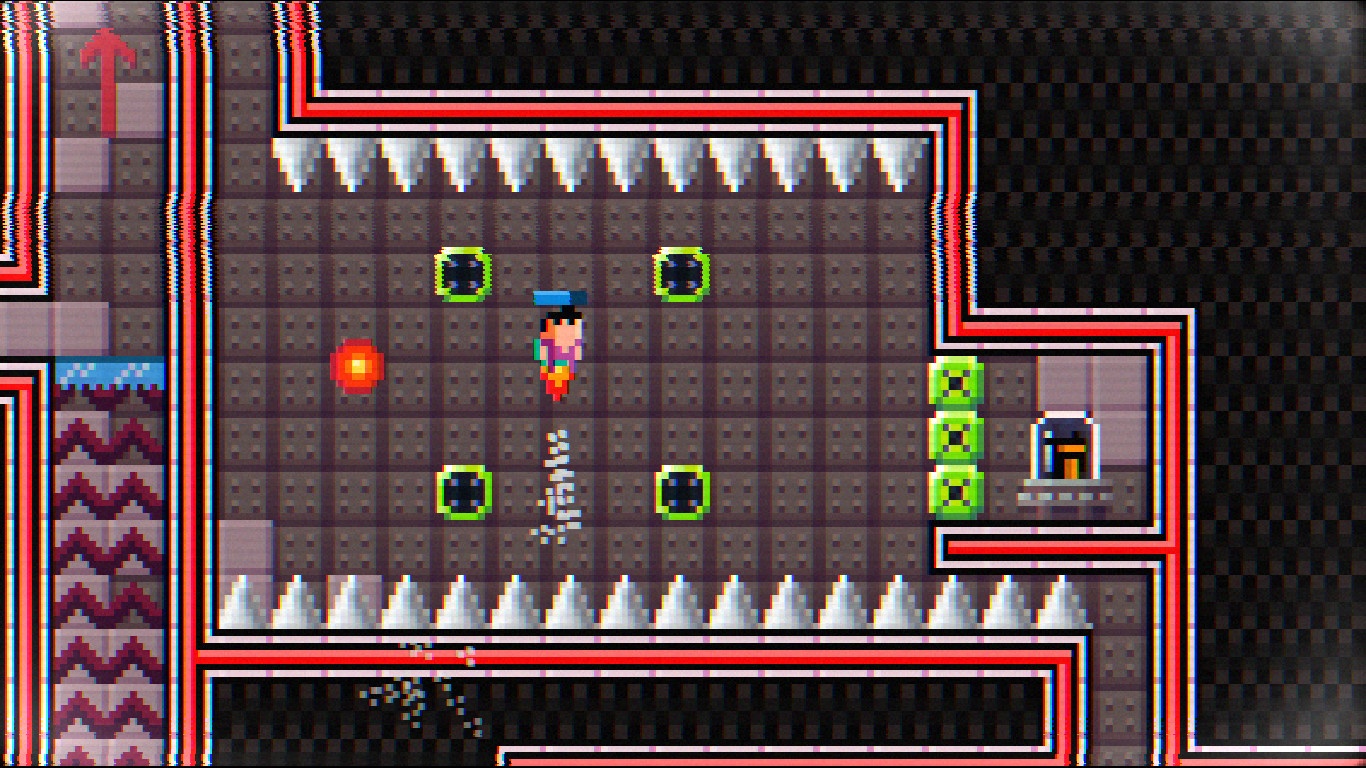 This might sound like a simple game, and just another platformer, but it’s probably one of the few in which you can really notice how much you improve the more you play it. It’s fair to say that the game’s price matches its length, as a first time player can easily beat the game in about one hour and a half, but the different amount of challenges, and the varying degree of these, that you’ll face during that time was quite surprising. There were times in which I thought to myself that not in million years I’d be able to get past a certain point, but after multiple tries I’d eventually succeed.

Sure I would’ve liked to see more content in this game, even though the Deluxe Edition adds a little more content in the form of the Terry’s Dream DLC, but ultimately it’s only a few extra challenges with nothing game changing. Still, I find that the extra cost for it is worth it solely for the soundtrack. With that said, what’s in the game at the moment is pretty good, but, in the end, while Necrosphere is not groundbreaking in any way, when you take into consideration its price, how long it is, and the quality of its level design, I’d say that you can’t go wrong with this game if you’re looking for a tough platformer with a decent amount of deadly traps, optional routes and collectibles.