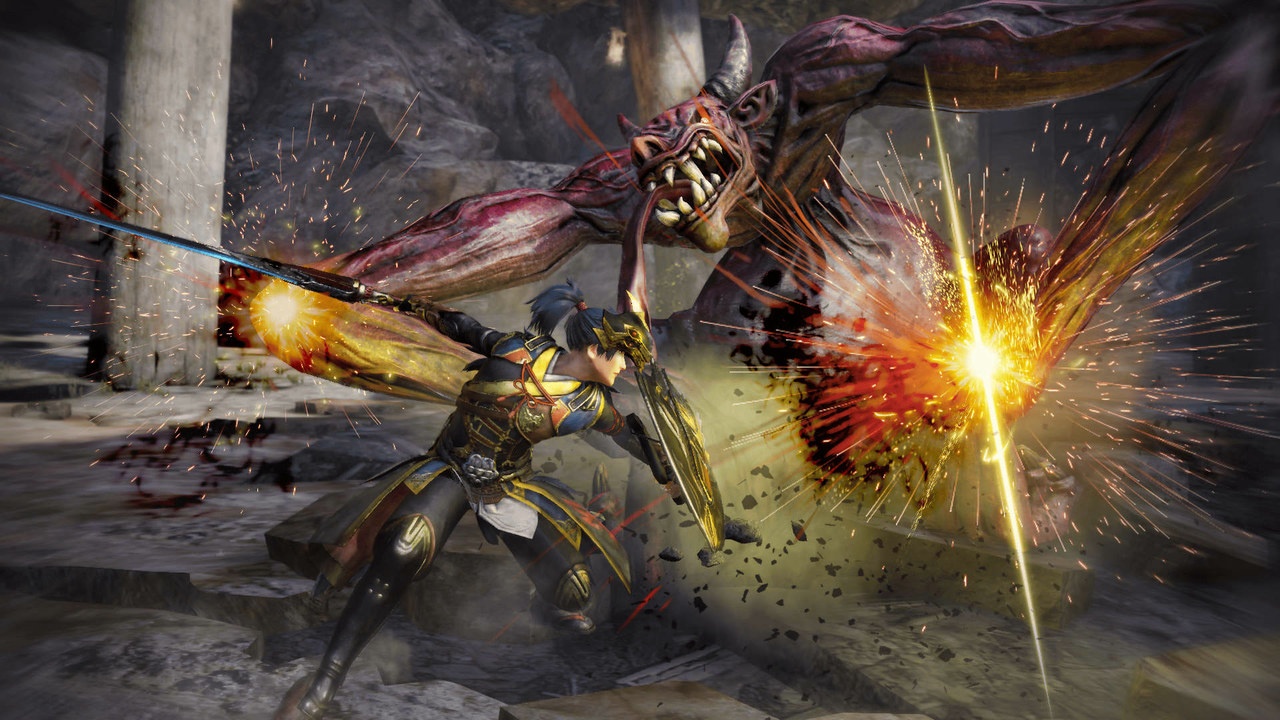 Y’know, I don’t think I’ve played any game on my Vita more than, Toukiden: Kiwami. I didn’t know a great deal about it when I received a review copy back in 2015, but Omega Force and Koei Tecmo’s Oni slaying action adventure turned out to be the Monster Hunter game I had always been hoping for.

Yes, Monster Hunter itself is very good (exceptional in fact) and there are certainly no shortage of very solid clones in the shape of the largely enjoyable likes of God Eater and Freedom Wars (to name but a few), but for one reason or another, Toukiden: Kiwami just clicked with me. I’ve always loved the idea of Monster Hunter, but in practice, I find it a tad too slow, more than a little cumbersome, and above all else, far too time consuming. It’s clearly an incredible series with levels of polish that its imitators struggle to match but honestly, I just don’t find it all that fun.

Toukiden: Kiwami on the other hand – I was hooked right from the off. It might not have the same levels of depth, but for gamers such as myself, that is a big part of its appeal. Sure, there is plenty to learn, and there is undoubtedly an abundance of depth for those that go looking, but thanks to its more streamlined core mechanics, you can basically get straight into the action without the need for a supportive community to handhold you through those tough early hours. It’s not just gameplay either – it might be a case of personal taste, but from a visual perspective, the Japanese-inspired aesthetic just looks, well, it looks cool. A mix of history and high fantasy, Toukiden: Kiwami feels like the Bloodborne to Monster Hunters’ Dark Souls. 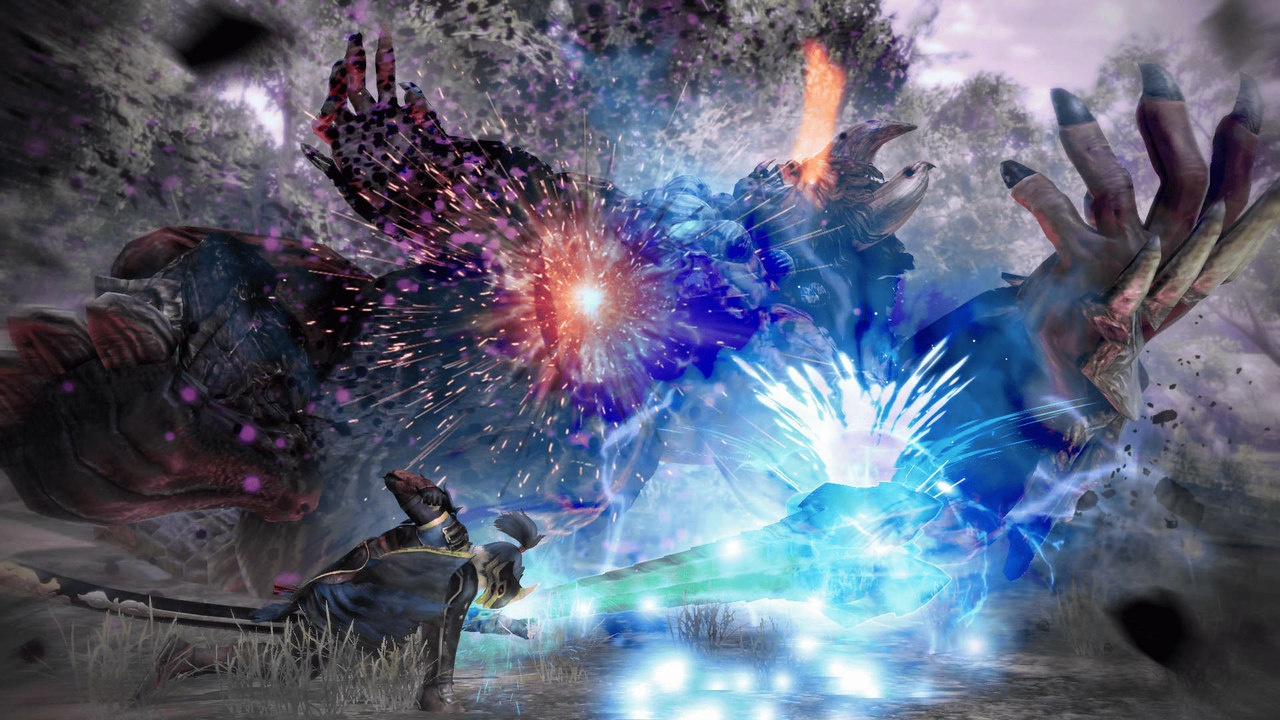 The same is very much true of its exceptional follow-up, Toukiden 2. This is still a fast-paced, aesthetically pleasing demon slayer that carefully combines depth with accessibility. The big difference here is that Toukiden has gone full open world. Rather than the segregated areas and linear challenges of Kiwami, Toukiden 2 provides a much larger open world with a freeform approach that allows you to pick off demons as you progress. It’s a bold move, and one that not only sets it apart from its peers, but also makes it a much more natural fit for the PS4 platform.

Toukiden: Kiwami also came to PS4, but unlike Toukiden 2, that game always felt like it belonged exclusively on the Vita. You could still make a case for the series being better suited to on the go gaming, but unlike its predecessor, Toukiden 2 doesn’t feel out of place on the big screen. This is helped no end by the games’ much improved visuals. It’s still a Vita game at heart, but with improved performance, more detailed enemies and generally more interesting surroundings, Toukiden 2 is a totally natural fit for the PS4. Cross Play is still available, and works just fine (if you have two copies), but in a post-Switch world, it does feel a tad cumbersome by comparison

In terms of the core gameplay, beyond the open world nature of the games’ structure, this will feel immediately familiar to those who spent time with the first game. The action is fast and fluid and cutting down giant Oni proves an addictive and constantly compelling experience. None of the battles here are quite as epic as those found in Monster Hunter, but they do find a nice balance between scale, challenge and approachability. Above all else, it’s nice to be able to complete them without having to take the afternoon off work. 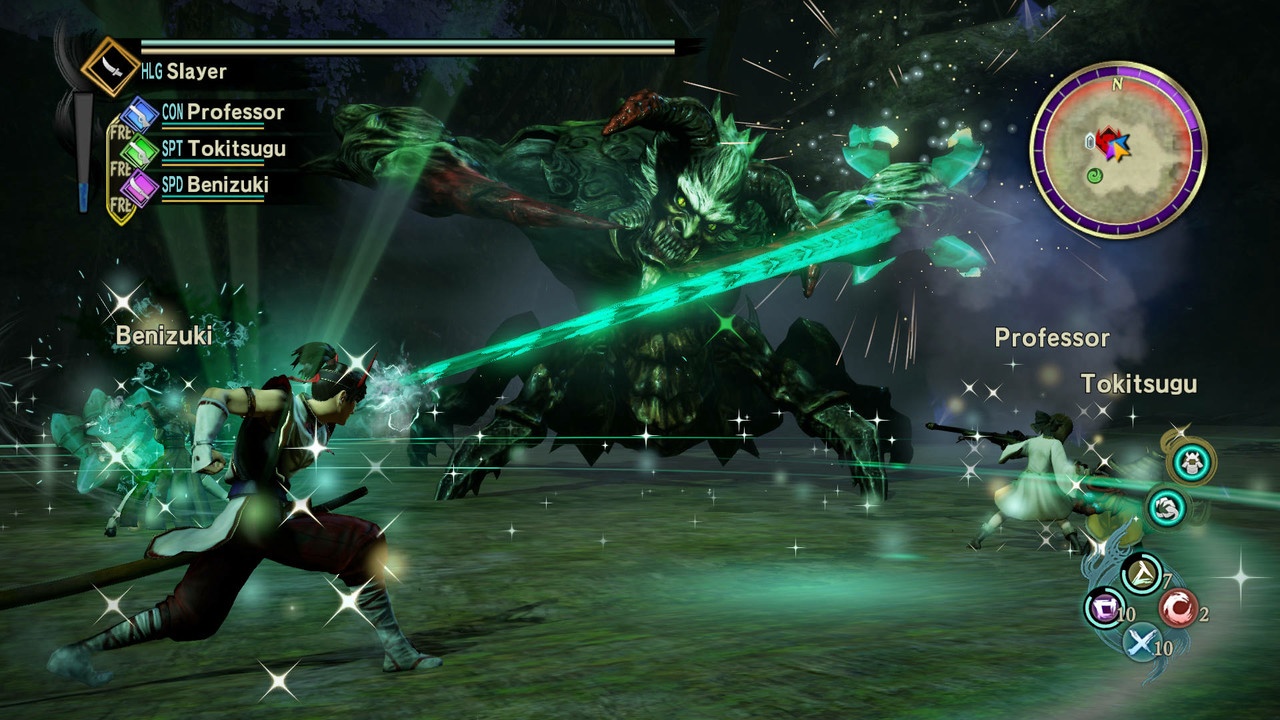 As for changes, the most prominent is probably the ‘Demon Hand’ mechanic that allows you latch on and pull yourself towards enemies, kind of like a magical grappling hook. It’s incredibly useful in battle in so much that it allows you to close the distance to enemies in the blink of an eye, but it’s arguably most effective when traversing Toukiden 2’s large open world. It’s when using the Demon Hand to reach otherwise out of reach areas that the increased scale really starts to hit home. This is a much larger and far more ambitious game than its predecessor, and having the tools to make the best use of its verticality are absolutely essential.

Fans of the original will be glad to hear that the unbearably adorable Tenko make a return in Toukiden 2 with the sequel allowing you to keep multiple Tenko’s back at your base of operations. They can still be sent out to forage for items as in the past, but here, you’ll also see them out in the field, y’know, colleting things and generally being super cute and stuff. The all new Automatons are certainly a lot less adorable, but these upgradable characters add an additional layer of depth to the experience while providing another opportunity to collect additional items and supplies for the ongoing battle against the demonic Oni.

With new weaponry, greater customisation options, a vast open world and much improved visuals, Toukiden 2 delivers just about everything one could have hoped for from a sequel to the already brilliant, Toukiden: Kiwami. It still feels a lot like its most obvious inspiration, but thanks to the larger scale and array of subtle improvements, the Toukiden series is arguably doing enough to set it apart from its peers. It lacks that extra level of polish that makes Capcom’s Monster Hunter series quite so special, but at this point, I’d argue that Toukiden 2 is now the number one alternative on the market and a must for Sony fans burnt by Monster Hunter’s move to Nintendo platforms. Sure, the story isn’t up to much, but when the gameplay is as addictive and as slick as it is here, a somewhat forgettable narrative is surprisingly easy to forgive.