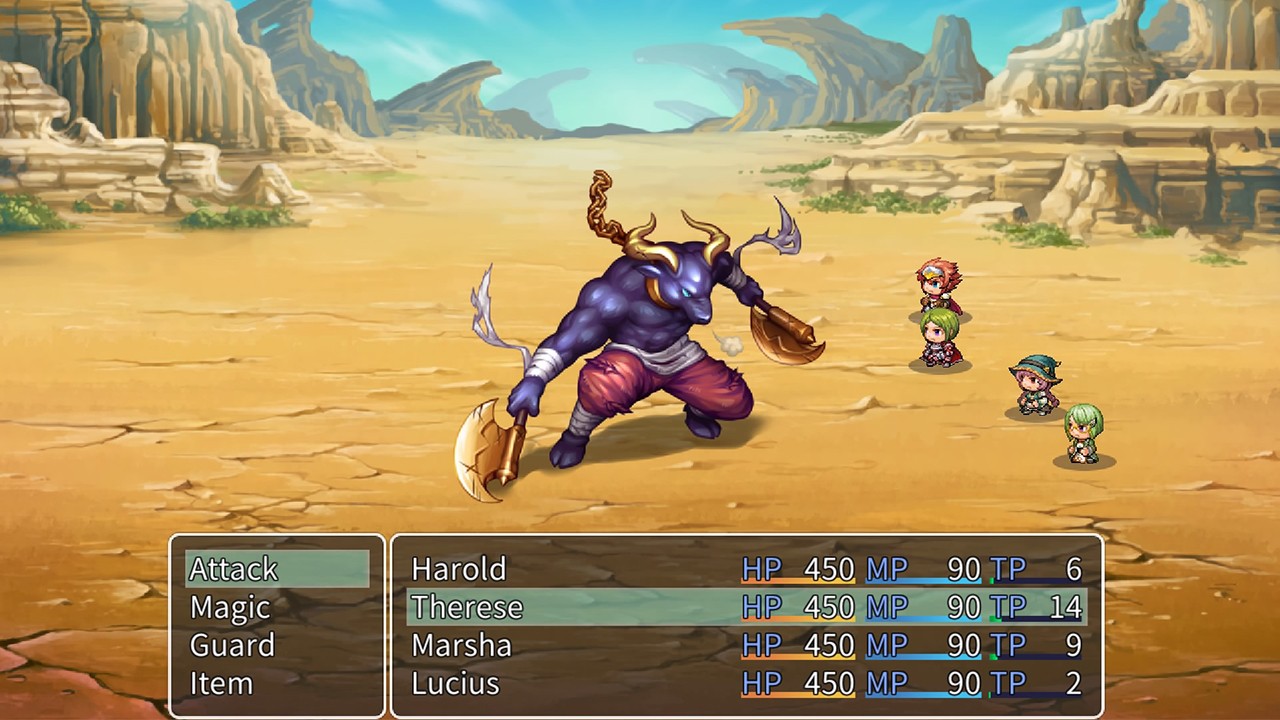 When it comes to creation applications and games, it really reminds me how much work, effort and creativity these endeavours demands. Sure, you look at the worlds made in Minecraft, Terraria, and such, and I’m fairly impressed. As much as people crap on Roblox, it’s sort of fun that certain games and aspects have been ported so well in such a wonky world. I’m still checking SmileBasic4 daily to see the newest and greatest titles made by the indie teams, and I’ve played some amazing shmups, horror titles and, recently, some great rhythm games (sad that I missed RaichiBender’s Gameboy emulator, though). Then we get to RPG Maker. The name in the industry for creating your own variation of 2D, sometimes JRPG inspired titles, the birthing ground of Yume Nikki (the original version), To The Moon and the first incarnation of Corpse Party. It’s a fascinating tool, and one only needs to look at itch.io or other game websites to find hordes of great (and some not-so-great) visions brought to life through this medium. Now, for better or worse, NIS America has partnered with KADOKAWA to bring the most popular flavour of their creation game to the Nintendo Switch.

RPG Maker MV is, at the time of this article, the second newest version of the RPG Maker series, with the MZ version having been released just a few days ago. If you are serious about development and have any experience with RPG Maker, this will be a difficult call, and you may sincerely want to consider getting the MZ. Besides being the newest version with the most support and newer assets, MZ also incorporates the “layering” function that was originally available in the XP version of RPG Maker. This function, like Photoshop, allows you to build worlds in different sheets, putting elements on top of elements to create dense, more accessible areas that are just as complicated as what you could make with MV, but infinitely easier to catalogue and sort through. There is a ton to love about MV, but I would be remiss if I didn’t mention that there was a newer version available on the PC, which is potentially a better place to be building your games as well. 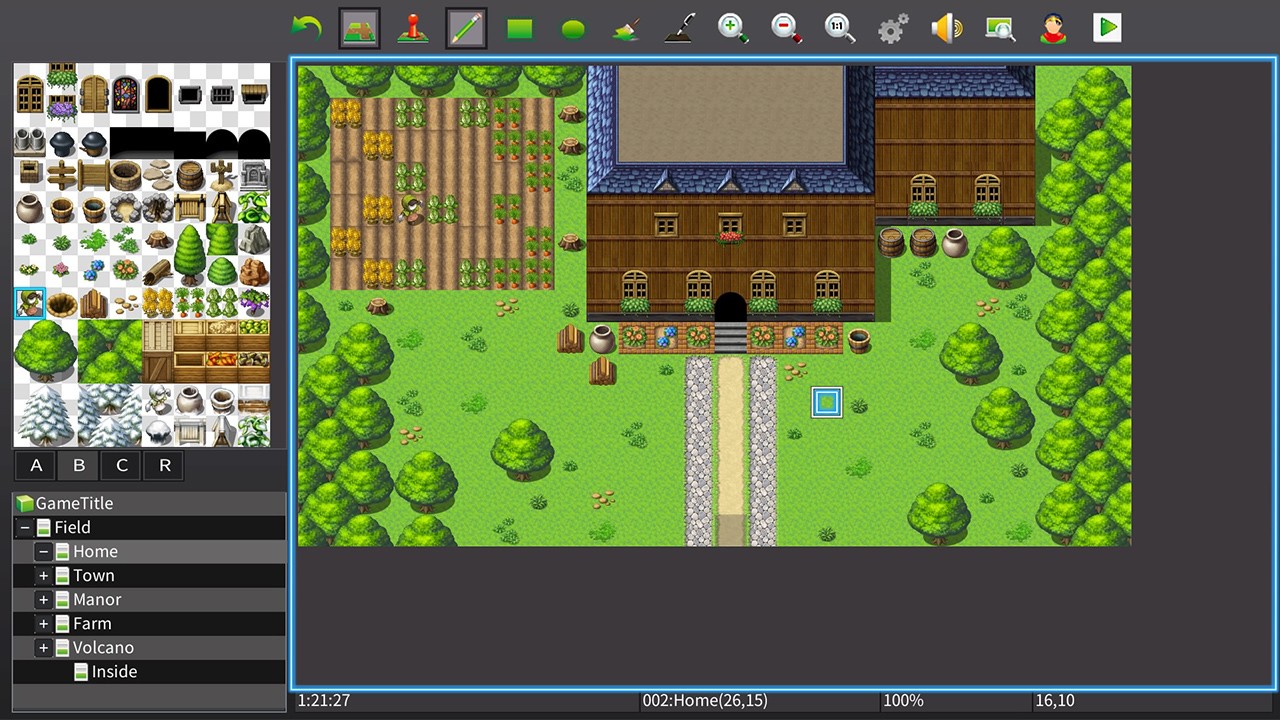 To its credit, RPG Maker MV sets up things very well and strongly through a solid tutorial that asks you to essentially build the way for your main character to get out of the house, deliver an item, defeat enemies to complete a quest and then return home. The information is explained hastily, but thoroughly, giving you enough of an idea of what you need to do at each step to then reference that later for going back and implementing it yourself. For example, while the game only asks you to set up the character to appear and disappear on a single spot into the field and back again, they make a point to mention directionality as it can affect a character moving between plains and how different trigger points can create different results. This is something that you, upon diving into your own game, can piece together in different ways based on experience. The same holds true for monster customization, character customization, designing areas and laying out building groundwork, and then making triggers for certain dialogues or events to unfold. In fact, my only criticism of the tutorial is that it’s too rigid: it specifically locks in your controls to only move to the points it needs you to, and even avoids letting you travel elsewhere. I was supposed to make the young boy character say “Hello,” and I opted instead for “Hashbrowns!” The boy still said “Hello” once the save was made, and the tutorial went on. I was crushed.

Once you get into the main creation, you can easily and quickly be overwhelmed by how much there is to do, but RPG Maker MV does its best to keep things simple. The standard screen that you start out from gives you a very typical JRPG setting, allowing you to better gauge what you can and cannot do based on your own experimentations. You quickly learn about setting up events, placing enemies in different locations, and being able to chain locations together in order to create towns with interactive homes, palaces with multiple rooms, and even dungeons that seem to dive further and further down in terms of levels and caverns. Like so many creative tools, one of the biggest limitations is not what the software can do, but what you expect yourself to make. If you go into the game with a totally blank slate and no mission statement or target, you’ll end up just making a loop program where the main hero starts off buried in a sea of lava and dies instantly for a fast “Game Over” screen, and do this about eight times with different sorts of textures until you’re entirely bored.

At the time of this writing, the DLC store for RPG Maker MV isn’t yet open within the Nintendo eShop, but a quick perusal of the Steam storefront shows there are a massive number of assets that may be additionally available once you get into the deeper dive of materials. Having said that, the number of individual sprites for heroes, NPCs, villains and basic terraforms are MASSIVE, with many variants available if you choose to customise. The KADOKAWA group has made quite a few ready-to-serve templates available, enough to properly source and flush out a full menagerie of characters, bosses and grunts for a good, if short, adventure from the get-go. Since the game has just launched, we also cannot see any other works created by fledgling developers, but players shouldn’t get hopeless immediately. NIS America has promised that MV will have cross compatibility with other console creators at the very least, and possibly even Steam support (only console was confirmed in what I read), so you’ll have a chance to admire and potentially steal ideas from other designers as soon as this project gets off the ground, which it really could in a big way. 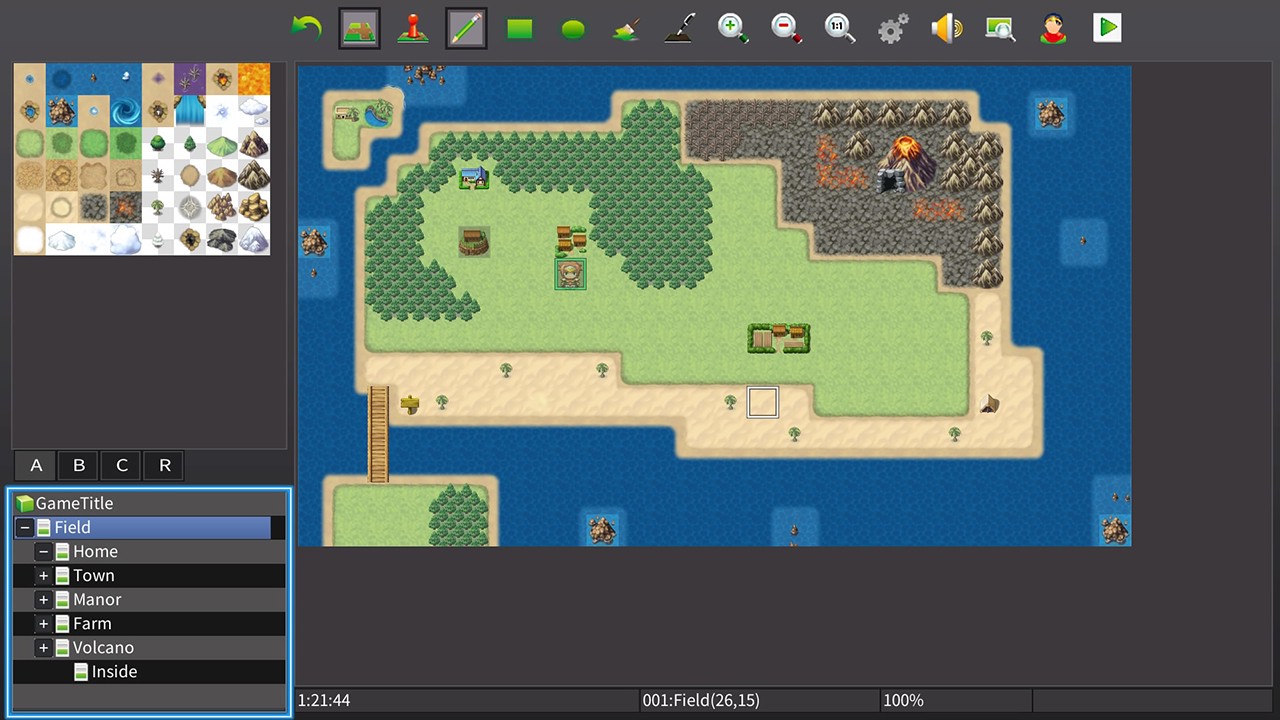 Unlike other development tools, the newest isn’t always the greatest for some creators. There are people still enjoying and experimenting with older versions of RPG Maker, particularly XP, because there’s both an inherent tone and nostalgia rooted within the platforms whence they were created. Hell, the original Japan-only RPG Makers from the mid 90s were released on Steam a few years back because of the outcry for makers to try their hands with older tools, to see what was possible and what wasn’t. Though MZ will be out shortly, it’s a lot like when a new flavour of Windows gets launched. People will flock to it, but a lot more will staunchly remain on an outdated version, waiting to see what bugs get patched and what gets dealt with in terms of errors, flaws and potentially critical mistakes. RPG Maker MV has several years of support behind it, and this new incarnation of an old tale means that makers with some experience (or at least access to forums chock-full of experience) now have the option to design their game on the go without being laden down with a full laptop. It’s also a challenge in a new direction because there isn’t mobile mouse support, from what I could tell, so devs will have to decide about working in the exclusively docked mode for the peripheral support OR try their hands at mashing out everything with joysticks and buttons, which is what I (and other Switch LIte owners) decided to do. Is it slower? Absolutely. Is it impossible? Not by a long shot.

This is a new level of creative excitement and purpose for Nintendo Switch owners with a maker streak. This becomes the potential for designers and would-be creators to make, test and experiment with games right inside the Nintendo Switch ecosystem and to see what kind of games they might be able to create. Whereas a dev kit could be hundreds or thousands of dollars, RPG Maker MV is consumer-level, ready to go and has a ton of potential as long as you’re in the “RPG” mindset. While not as versatile as SmileBasic4 in terms of different games, the sheer number of assets, including customizing music (with more being available with DLC) makes this a dream come true for fans who want to try their hand at making a JRPG. The small screen is daunting, to be sure, but you can overcome that with docking and with careful, precise exercises. The Switch just levelled up again. And now we will get to see what the next generation of gaming could look like from amateur hands with big dreams.

The future of game creation comes today, so that you can make the great JRPG of tomorrow.