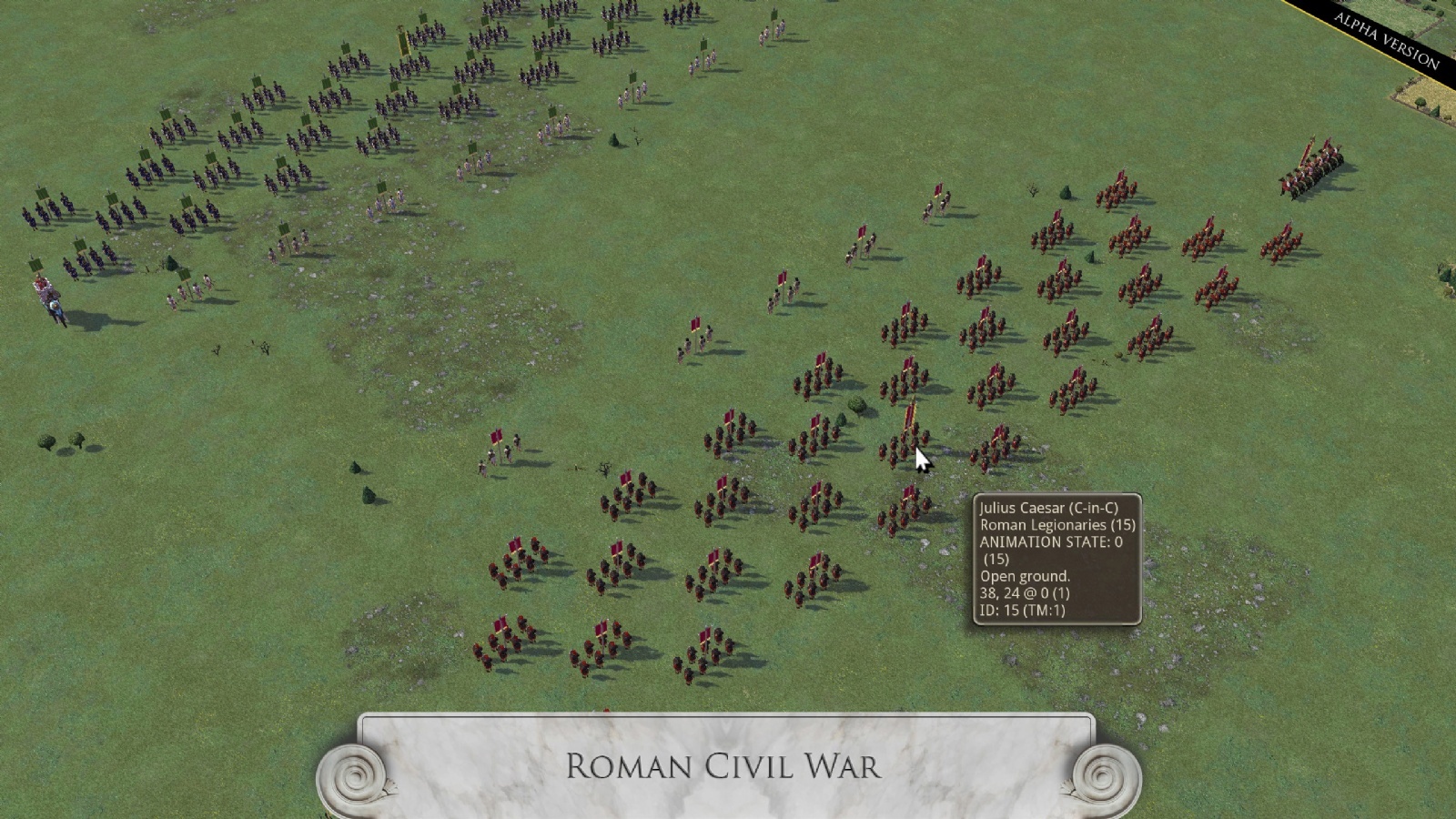 Is it any surprise that the era of Ancient Rome is such a big attraction for gamers and game developers? It was an age of pitched battles fought with highly-drilled, cohesive units when a few hundred soldiers under the tactical guidance of an astute general could take on and beat thousands of opponents. The ancient concept of warfare lends itself well to the world of PC gaming –survey the field, click on and command units, and employ your tactics in pursuit of glory. That is the essence of Field of Glory II from Byzantine Games and Slitherine.

Currently nearing the end of its closed beta, Field of Glory II is a turn-based warfare game set for full release on October 12th, 2017. Based on the table top game of the same name and sequel to 2010’s Field of Glory, this game features battles and campaigns spanning the ancient era from the Rise of Rome (3rd Century BC onwards) to the time of Julius Caesar and civil war across the Roman Empire.

The game boasts 48 playable nations and factions from the era including various rival Roman groups, the civilisations of Carthage and Parthia, and the tribes of Gaul, Germany and Britain. Each army has specialised units with unique strengths and weaknesses, with over 80 troop models represented. The first aspect of the game that jumps out at the player is the level of historical detail and accuracy. The developers clearly know their military history and this is reflected in the descriptions of each unit and their visual representations on the field of battle.

A three-stage tutorial guides new players through the basics of the game, deploying your army, and deciding which units to take into battle. Beyond that, there is a structured learning curve with the developers recommending small scale single-player battles first before moving onto bigger scale clashes and finally campaigns. With six difficultly levels to choose from, the game caters to both beginners and those familiar with previous versions of the game. 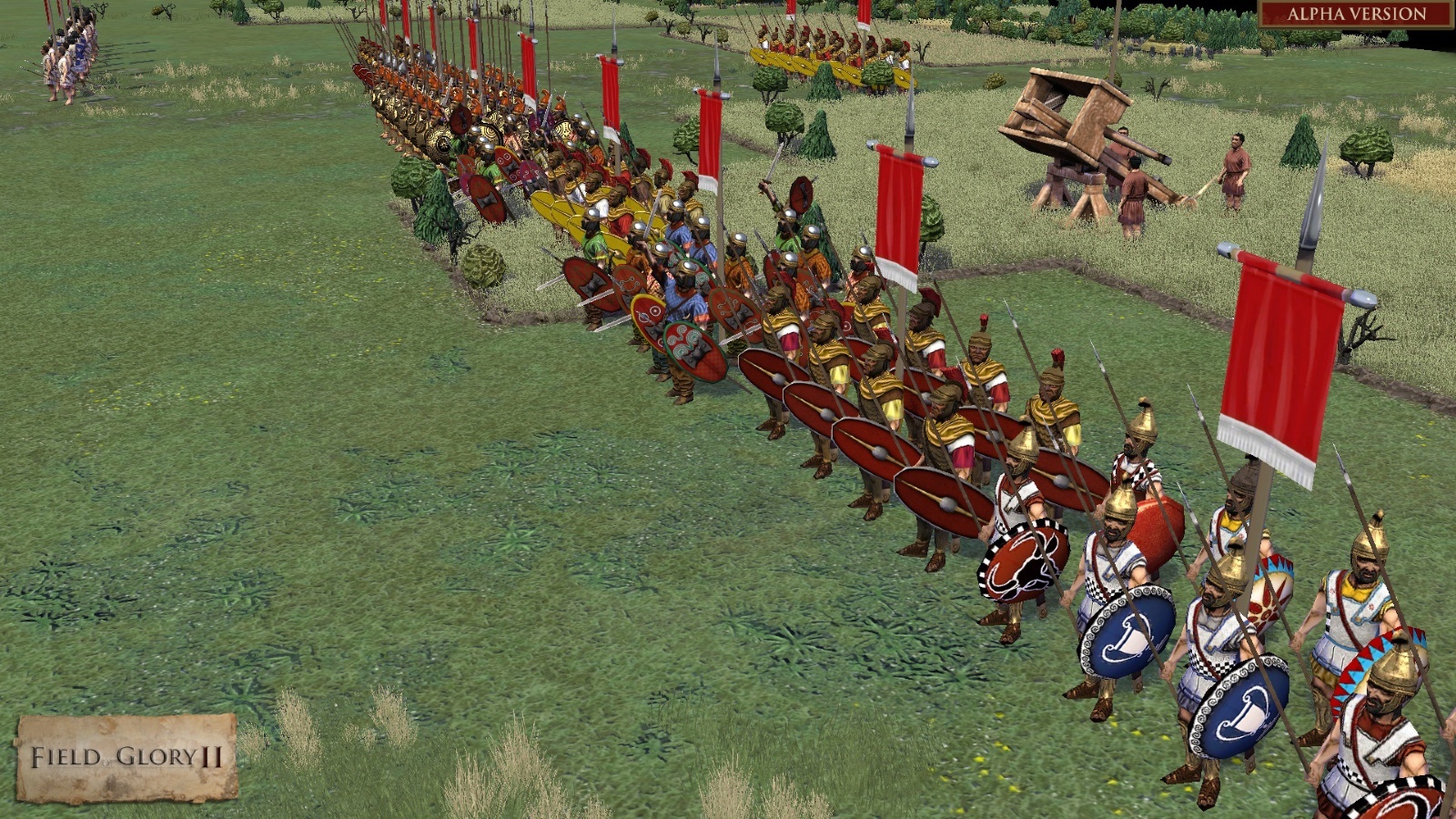 The main focus of the game is on the battles. Showing its table top origins, the battlefield is laid out in a large square with each unit taking up a smaller square within the map. The terrain includes everything to be expected this genre of game – hills, rivers, open ground, rough ground, areas of cover and buildings – all of these play into the tactics of the battle. The two armies line up to face each other with options to deploy your units prior to the first turn. This is a key element to a successful battle as poor troop placement could well cause the player to get into an unnecessarily difficult situation.

The action is turn-based with each player, whether human or AI, issuing orders to each unit to change position or attack. This lacks the intensity of a real-time strategy game like the Rome: Total War series but it allows for a different style of play through considered tactical planning. I personally find RTS battles to be overwhelming, especially when played on an epic scale, so the approach of Field of Glory II was a lot easier to get to grips with. However, the increasing difficulty modes make it difficult to master.

The default view is an isometric one. There are camera control options to zoom in and out, rotate the camera and alter the angle to get the best view of the action. Zooming reveals the detail that has gone into each unit with unique weaponry and armour adding to the feel of the game. The sound effects also add to the battle atmosphere. The combined cheer of my forces and cries of panic from the enemy when one of their generals falls is particularly well done.

On issue with the battles, however, comes from the defined square that is the battlefield. Playing the Rise of Rome campaign against the Parthians, I became frustrated by their horseback archer units, which would evade and direct charges. This led to them often running off the map, only to return two or three turns later when my troops had turned back to the central focus of the battle and were then vulnerable to rear attack. While a better tactical approach might help to stop the units constantly evading attack, having them disappear from the player’s viewpoint and then re-appear later in the battle made it difficult to plan tactically at times. 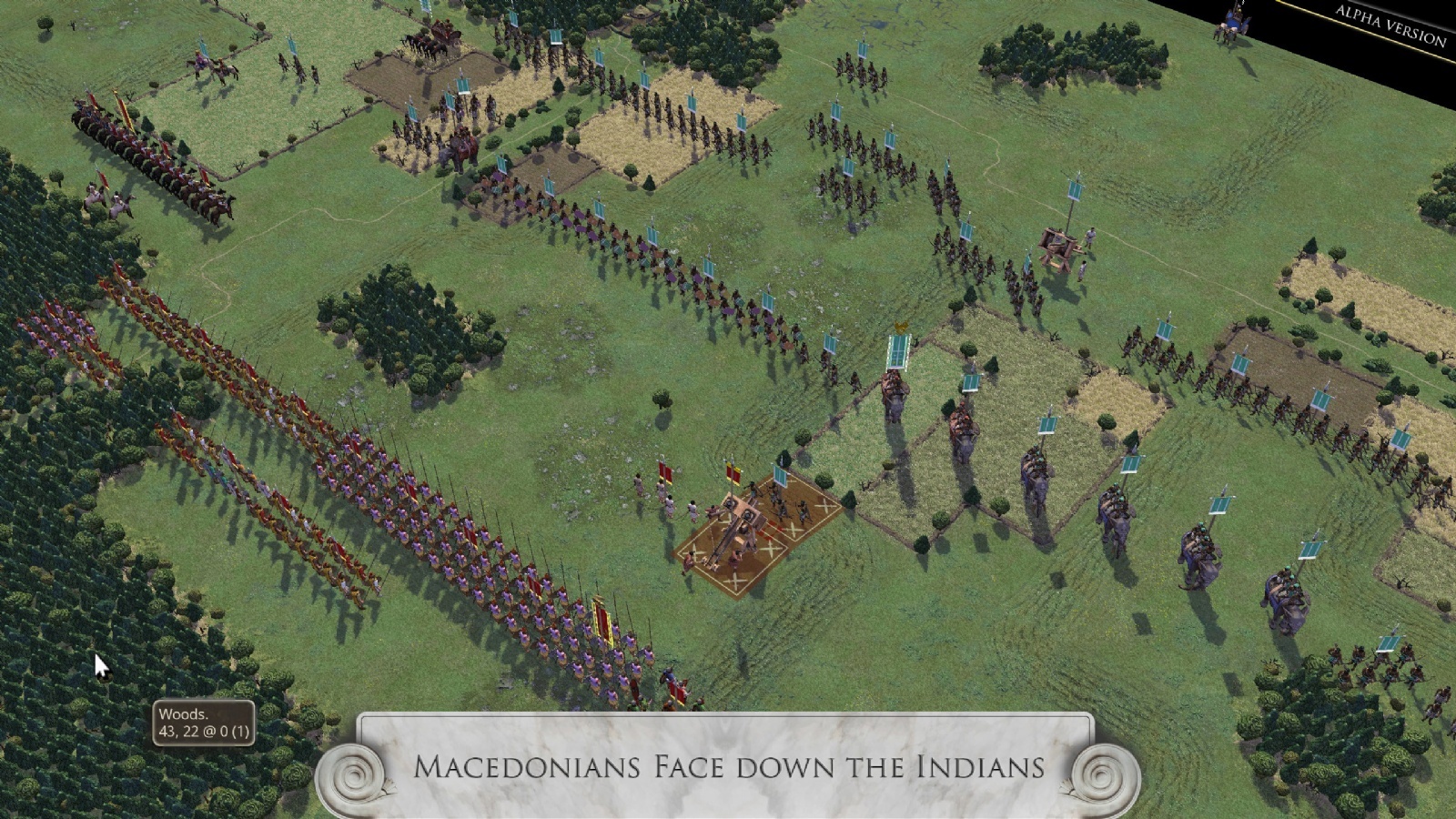 There are numerous play options to experiment with. In single player mode, a quick battle can be set up or an epic-scale custom battle can be created. Want to relive the Battle of Cannae? You can. Want to take the ancient Britons to the battlefield against the Numidians of North Africa? You can. There are also five historical campaigns in which you can fight for or against great commanders from history such as Hannibal, Mithridates, Phyrros, or Caesar himself. These campaigns consist of five battles each and also have several customisation options. There is the option to increase the difficulty level with each battle as well as the size of the forces involved. This incremental change is well-executed and provides a challenging learning curve for the player. Once the campaign has begun, choices are presented. Just forced the enemy into retreat? You can pursue the remnants of their army or wait for reinforcements for one more decisive battle. Has your foe called on its allies? You can draw them to battle before help arrives or attack the allies before they can link up. These options help add to player involvement in the game.

With an editor also included for custom campaigns, the options for players to return for one more fight or take on a new challenge are extensive. With community mod support and a random map generator, the options will be limitless. There is also a multiplayer mode (for which you will need a Slitherine account) allowing custom online battles to really put each player’s tactical nous to the test. This is where the turn-based system offers a clear advantage – online battles do not require both players to be online together. Each player can make their moves, save the game, and leave their opponent to respond at a later time.

Field of Glory II is an enjoyable turn-based warfare game covering an intriguing era in human history. The battles are intense and fun and are perfect for those after a quick game. The campaigns also offer more extended game time and with more campaigns set to come from the developers and the community, there are plenty of opportunities to master the game. Online multiplayer offers the chance to put your skills to the test against the community in real-time or asynchronous play. There are some minor issues with units leaving and re-entering the battlefield but these can be largely avoided with the right tactics. Fans of the previous games and turn-based strategy will love it and those with an interest in ancient Roman times will find plenty to enjoy as well.