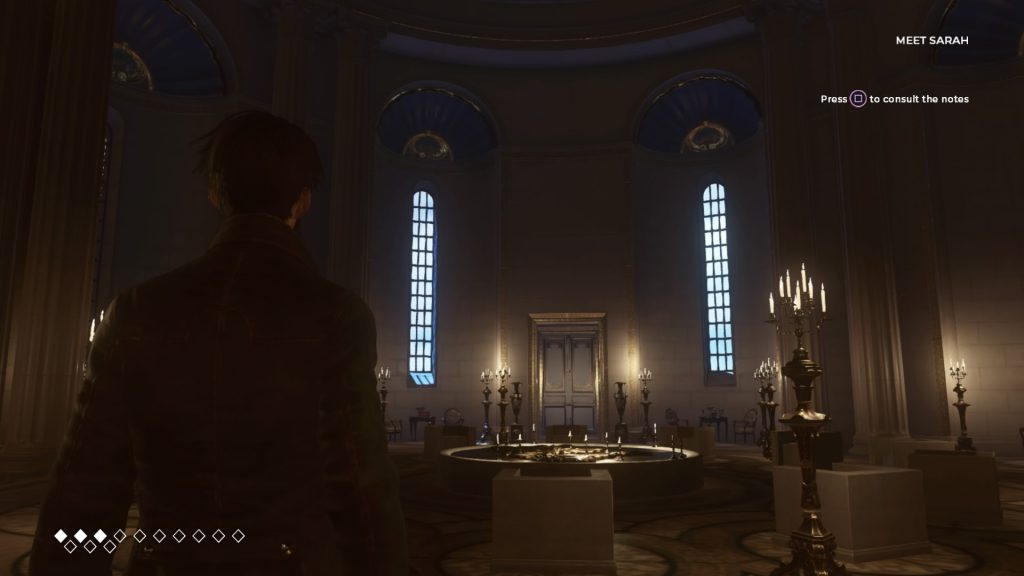 The Council was an incredibly promising title prior to its release. It was brimming with hope and promise and every single bit of promotional material only further fueled the hype, as it has further showcased the title’s unique take on the episodic genre, and its charming atmosphere. And the inaugural episode of the series, titled The Mad Ones, has proven all the doubters wrong, and all the believers right, as it has marked all the boxes which both the public, as well as the media has placed in front of it. However, the second episode of the series unfortunately wasn’t as hot as the first, as its meager length, lacking narrative, and general lack of polish have ultimately dragged it down. And while most believed that the series can still bounce back, then unfortunately the forecast is not as bright as many have predicted, as the third episode of The Council, titled Ripples, is even more underwhelming than the one which came before it.

Ripples opens exactly where the second episode has come to an end, with the protagonist standing over a dead body; and coincidentally this is also exactly how the second episode has begun – at least for me. And while there is nothing wrong with repetition, then it has to be said that the title’s lenience on the premise of ‘And Then There Were None’, is now getting slightly disappointing, as the otherwise charming and captivating tale has turned into a cheap paperback ridden with decades old cliches, which just can’t be overlooked. But fortunately for the title’s plot, cliches are not the biggest issue with The Council: Ripples, as this particular episode is the worst episode to date, on all levels and across the board.

Within seconds of starting the episode, I was met with a strange sight of all on-screen characters talking without opening their mouth, and at first I believed that maybe I’m just watching one of the protagonist’s visions, so the scene may just be a rough representation. But within seconds of crafting that thought, I was met with dialogue menu which has appear on my screen, and such has ultimately confirmed that what I’ve just watched was part of the episode’s core gameplay. Meaning that either the studio behind the episode has forgotten to animate the characters properly, or the animations have not triggered due to a bug. And while the second theory is much more believable at first, then it has to be underlined that such is more likely to be false as this particular episode is missing more than just the lip-sync animations. 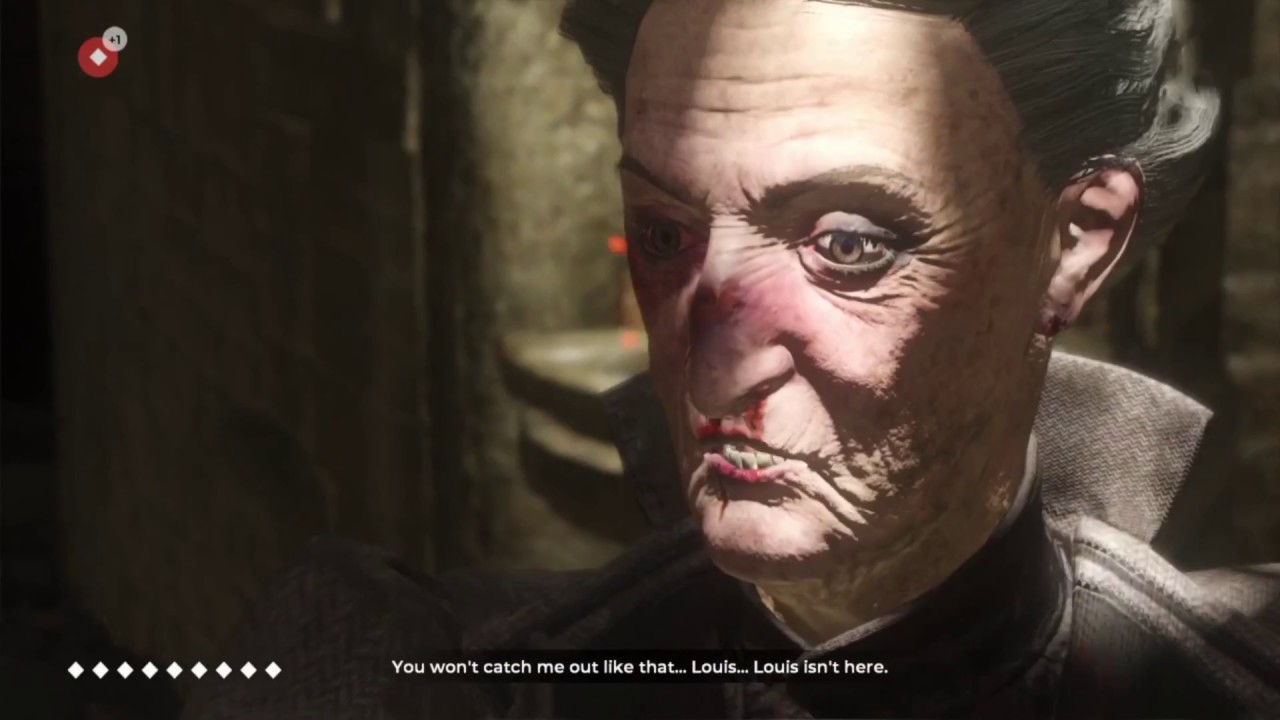 Throughout The Council’s Episode 3 you will constantly come across situations where the characters will move in a robotic nature due to lacking, and in some instances non-existent animations, and as the episodes continues, this occurrence becomes much more common, and worse of all much more apparent. And at one point in the episode, arguably the most important point of all, one of the main characters makes a speech as he awkwardly hobbles across the room, with his lips sealed shut. And if that’s not enough, he is soon followed by another character sitting partially submerged within his concrete chair, with his coat poking out from all possible sides, also ranting with his mouth completely shut. And those two occurrences alone, ruin not just the scene, but the episode completely as nothing after that can be taken seriously, anymore.

The Council’s Episode 3 is probably the buggiest episode ever released, for any episodic title – and this include the horrendously shambolic penultimate episode of Telltale’s Game of Thrones. As Ripple is rotten from its surface, all the way down to its core. As it is ridden with minor inconveniences such as funky music playing during dramatic scenes, and major ones such as constantly moving eyeballs within the protagonist’s head, which can be observed on the image below. And same as with the above issues, this has happened during a scene of an immense importance, which same as before simply couldn’t be taken seriously because of the bugs involved. 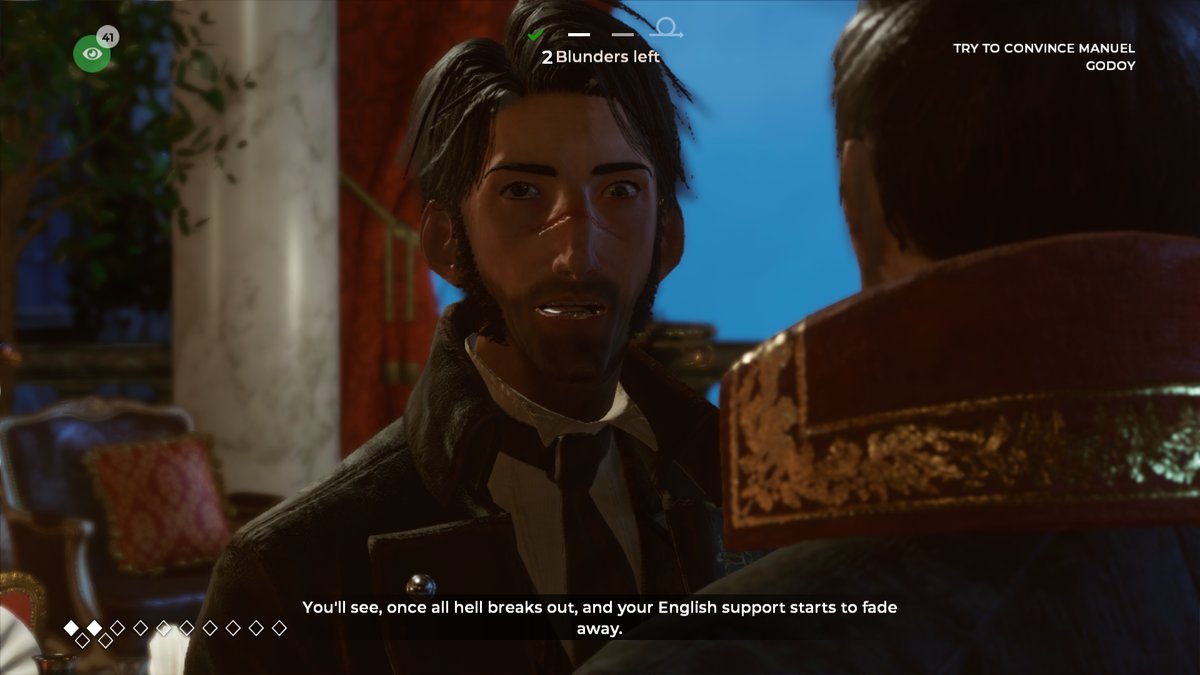 As troubling as Ripple’s bugs and glitches were, I persevered and completed the episode in a single sitting. And while it is slightly longer than episode 2, it is unfortunately not by much, as it can be easily completed under two hours – if not considerably less. And while it may possess up to two hours of gameplay, then I have to underline that most may only get out of it an hour of content, as about half-way through the episode, the game throws at you a plethora of maddening concepts and new story lines, which pull the title from its somewhat grounded setting, and straight into sci-fi. And while I understand where the developers were coming from with these particular design choices, then it still cannot be dismissed that what has been done to The Council has ultimately done more harm than good.

If you have only played the first two episodes, and loved them for what they were, then even you may struggle to accept the direction in which the series is heading. However, not is all lost as The Council is still set to receive two more episodes, and it is still possible to salvage the title’s reputation. But in order for that to happen the developer behind the project, has to really reevaluate the future of the series, and possibly delay the remaining two episodes, as Big Bad Wolf clearly didn’t have enough time to do the third episode justice. And this shows through its rather shambolic, and largely unacceptable state

As stated above, Ripple verges on catastrophe, and has somehow managed to one-up its predecessor, in the race to ‘the worst episode of the series’. And while it is still possible to turn things around, then it has to be said that it is already too late for Ripple, as it is out and in consumers hands, and what has been delivered to the players’ system the world over is simply unacceptable, and fells strongly below the line which many would define as average. And even if you own the season-pass for The Council, then even you are better off just waiting until Big Bad Wold at least stabilizes what’s already there. As Ripple, in its current state is quite frankly unpleasant and can completely spoil the remainder of the series for you and those around you.