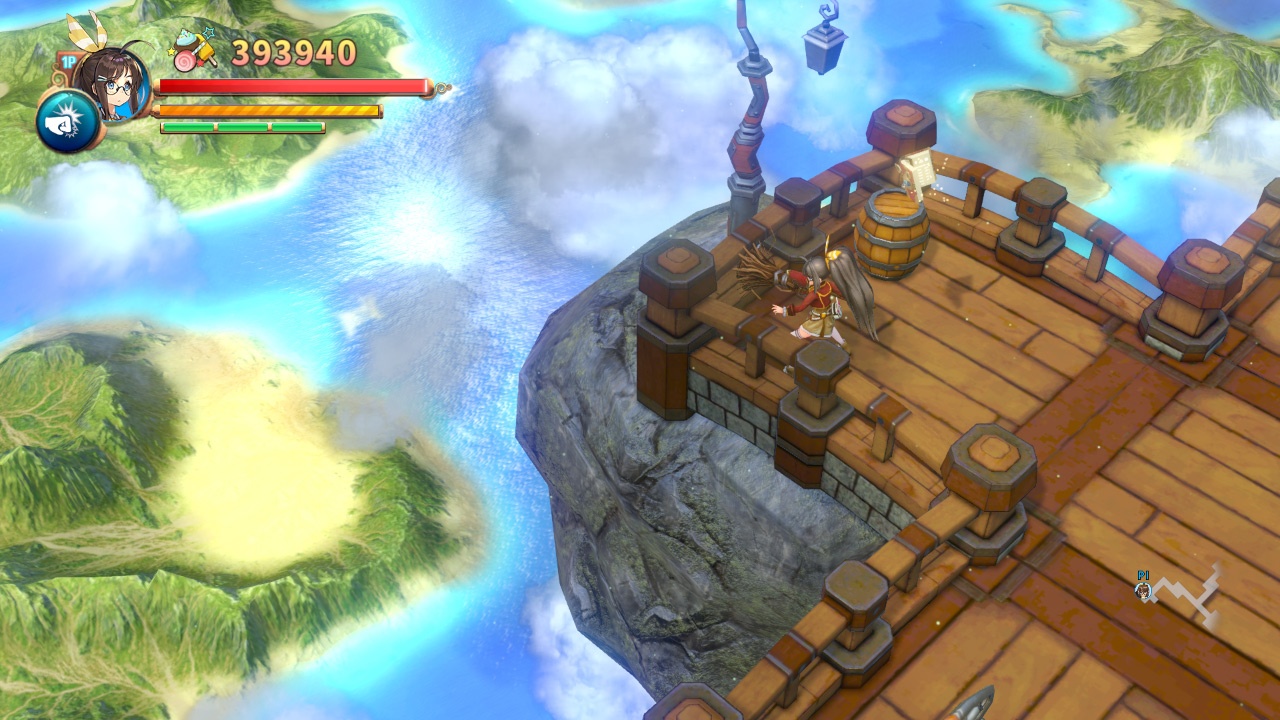 Oh Nicalis. I should be more neutral when it comes to reviewing games, but there are certain names that I naturally get excited over when I see them publish. Devolver, TinyBuild, DoubleFine…these people all seem to have a keen eye for games, and, even if they aren’t the best, they’re still incredibly exciting for a while. And Nicalis is no exception, having already put some truly spectacular and memorable titles on the Switch. This latest installment, RemiLore, ticks the boxes that I yearn for with every coming game, and it makes me absolutely salivate. Roguelite? Check. Massive number of weapons? Check. Only available on the Switch and the XBox One? Oh my, yes, super check. And gameplay that had me positively addicted until I realized I had work in two hours and sleep was still a thing? Big. Massive. Check.

RemiLore is a combination of the two most important characters; Remi, our bespeckled protagonist who was simply trying to clean up the library; and Lore, a talking, magical grimoire, living in exile until Remi surprised him awake and he accidentally teleported them both to Ragnoah, a mystic land far beyond the pale. Lore says that Remi needs to find the Master and defeat the mechanical denizens who’ve taken over the world, and then she’ll be able to get home, and to stop asking questions. Problem is, Lore is clearly being a shifty book about something, and the suspicion only intensifies when Choux, an android girl intent on kidnapping Lore, appears. What the sweet hell is going on? Remi will find out in this short-but-sweet run though the different landscapes of Ragnoah. 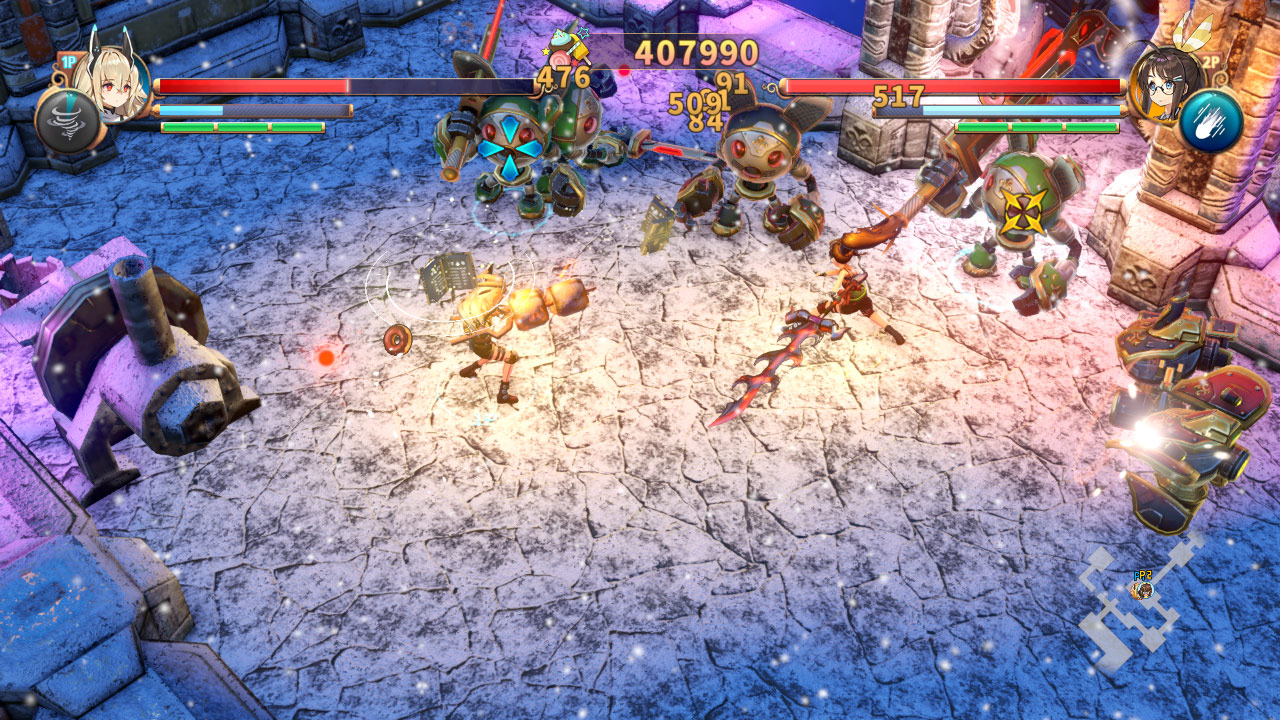 RemiLore plays out as a top down, brawling sort of roguelite in which you need to navigate through several rooms of interconnected fights before reaching the end of the stage. Remi cannot jump, but she can dash, and learning how to dash is essential to surviving all the way through and unlocking several achievements. Not only is dashing the best way to dodge enemy attacks, but, as you learn in the tutorial, it’s the only way to clear gaps: something you forget about until you get to the second world and there are gaps and you fall down and you get really angry because now you’re dead and what the hell, man. That may have been a personal experience, but dashing is very important. Remi swings her weapon (of which there are MANY) in a combination of overhead and horizontal strokes, and properly chaining together attacks results in awesome combo that may or may not lock down the enemy from hitting you back. However, enemies are also constantly coming and attacking you from around the corner and sometimes firing projectiles from a full screen away, so you gotta be ready to dash out of the way at a moment’s notice. Clearing the room of the enemies rewards you on the time you took, the damage you didn’t take, and the amount of combo’d hits you get in. You want the big rewards because you want those sweet, sweet treasure chests at the end of the stage, so you can collect new weapons.

Right, weapon collecting. RemiLore has a fantastic number of things to hit people with, ranging from the obvious (actual swords and sabers), to the cute and offbeat (Remi’s broom, golf clubs, giant carrots) to the jaw dropping (a full damn traffic sign, complete with concrete still attached). Remi gets proficient in one handed swords, two handed hammers, double blades, staves and so much more, but you gotta get through the game to experience all of these. It’s kind of oddly paced, if I do say so myself, because you can only experience one handed swords until you successfully beat the first boss, and then you get the hammers as an option (at which point hammers crop up everywhere). Beating the second boss allows double blades to be a thing, and you can see a pattern here. Every weapon has a min-max damage range, a passive ability, a spell attached to it (more on that in a second), and a ranking to let you know how cool it is. When I first ended up with a tennis racket that also did mana drain, I thought I’d never change weapons again, but that was before I realized the beauty of proper spellwork.

You see, Lore, as sketchy as he might be, Lore provides background spellwork to keep Remi alive. No, nothing helpful like healing spells (you gotta rely on dropped potions from enemies and background furniture for that), but he does everything from creating a bullet field to stopping time. These spells are delightfully cool, and they change depending on the weapon you get, and here’s the real rub of the roguelite experience. You often want the best weapon with the best DPS with the best spell attached, and finding the right combination that suits your mood is like catching a unicorn. When I first got a hammer WITH the rage perk built in (Lore temporarily makes you hit harder), I was skeptical, simply because the hammers are so slow, but then I destroyed a drone with a single swing and my opinion changed. Naturally, magic doesn’t grow on trees, so you need to make sure Lore is happy and well fed. Yes, fed. With sweets. 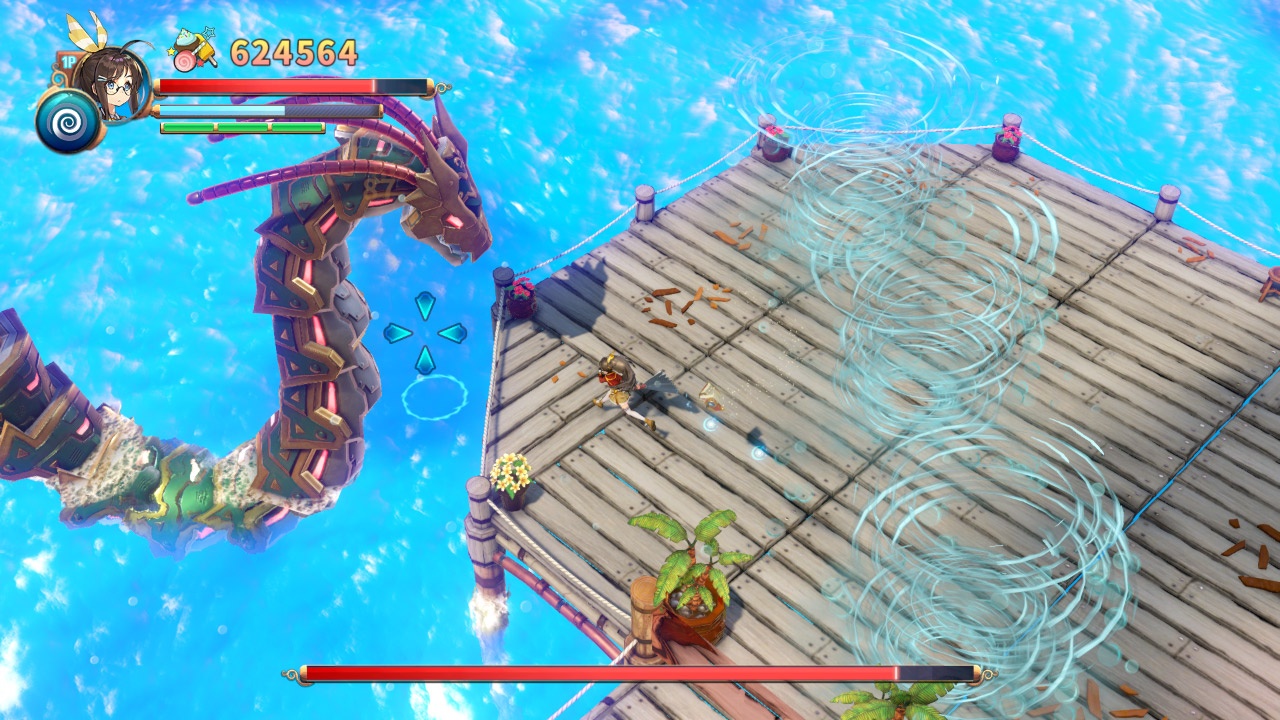 Here’s where the game gets more hilariously ridiculous. Sweet pastries are the be all, end all of RemiLore. You need them to refill Lore’s mana gauge, however slowly. You need them as currency to purchase upgrades and make the spellwork and weapon work more efficient. I think that Remi eats them, on occasion, to refill her HP (though I could be wrong). And you can find them EVERYWHERE, smashing mechs and bookshelves alike to catch errant donuts, ice creams and flan that just happen to be hanging out everywhere. Tired of swinging a wooden prop sword and hoping that you can get a frying pan or, dare I say it, a real sword? Cash in some of your bonbons at the end of the stage and run the gacha chance to see what happens! Sweets are life, and losing them when you die is sad, and getting a ton of them from beating a boss is happiness.

After you beat the main game (which should take about five hours if you’re intent), there’s plenty to do in replay mode. I recommend co-op because having two players really helps to balance some of my frustration with the single player mode. See, the combat is fantastic if you’re great at reflexes and able to read the room as things are happening. You don’t want to get beat to death while you’re trying to take care of a sentry turret, so you dash, break your combo, get shot in the face, Lore admonishes you, etc. But a second player allows for someone else to take the heat, help keep other enemies busy, and really makes for a fun experience. It reminded me a lot of Wizard of Legend’s co-op, but less frantic. And, if you just want to continue a single player edition, beating story mode unlocks a ton of different choices for running through the game again. There are insane difficulty methods (including one HP and no healing spells, so it’s total game over), wildcard modes (where your weapon and spell change at the drop of a hat), and a customized method to set up how YOU want the game to be. Pick your favorite spell and weapon and make the game your own! It’s a lot of fun (except Boss Rush, I’ve never enjoyed Boss Rushes), and I’m glad that they’re available upon completion of the game.

RemiLore has a lot to offer the fans of enjoyable, replayable games. It’s got great graphics and superb voice acting from Remi, Lore and Choux, decent load times (initial startup is a bit long but great afterwards), and so many achievements to find and collect. This is delightful, and I’m always glad to welcome another roguelite to the Nintendo Switch. If you want to get that frantic Diablo vibe but keep things cute and non sequitur (why a tennis racket?), then Remi Lore is sure to cast a spell on you.

RemiLore: Lost Girl in the Lands of Lore Review

Another roguelite from Nicalis has consumed my life, and I couldn’t be happier.