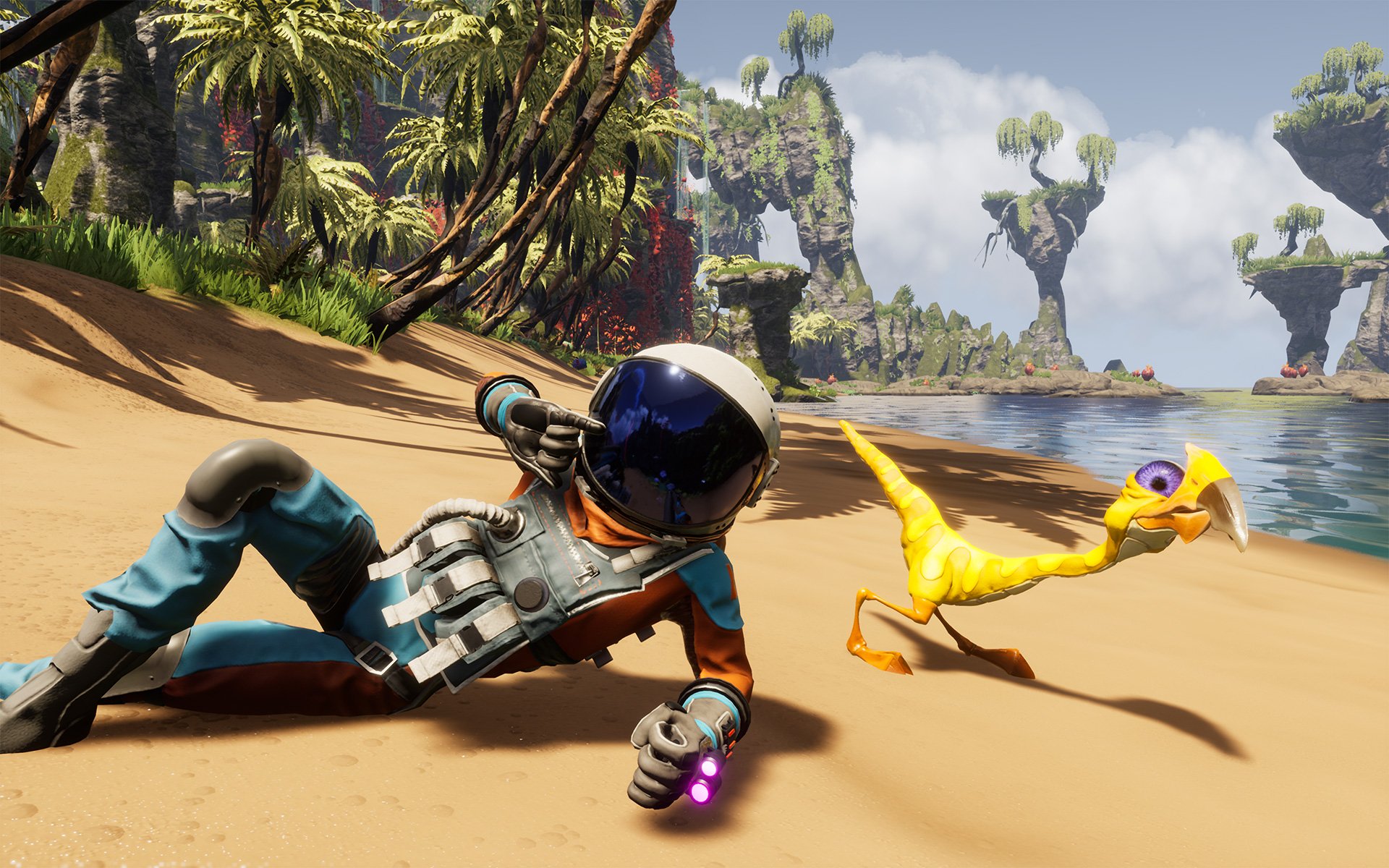 Hot Garbage is bittersweet – it’s more of the same fantastic first-person adventure that the base game delivered, but it’s over so soon that it feels almost unfair to tease you with such a brilliant and vibrant DLC.

But if you enjoyed Savage Planets off-kilter, bizzaro world, then Hot Garbage is the perfect escapism to cure the Covid-19 blues. The DLC brings another storyline mission, as well as more collectables and secrets to uncover. Like the main game, the DLC centres around exploring another planet which Kindred, your space-adventuring employers, want to take over for themselves. This time, they have their sights set on the aptly named DL-C1 (get it?), hoping to turn its beachfront location into a sandy retirement home called Boomerdale. Getting in their way though is a rival company called Vyper, who appears to be using the planet as a dumping ground for toxic waste. It’s your job to get to the bottom of Vypers plans, as well as uncovering enough evidence to pin on the rival company to land them in trouble.

The signature humour established in the base game still runs throughout the DLC’s veins, full of ‘woke’ adverts and self-aware stabs at the player and the real, and in-game, universes. The game introduces a new enemy AI called Kronex, who spitballs digs at you almost as much as your friendly AI E.K.O does. While it’s still very funny, hearing some of the same jokes repeated can be grating, but it’s overall tonally perfect, and the light-hearted nature of the whole thing works. 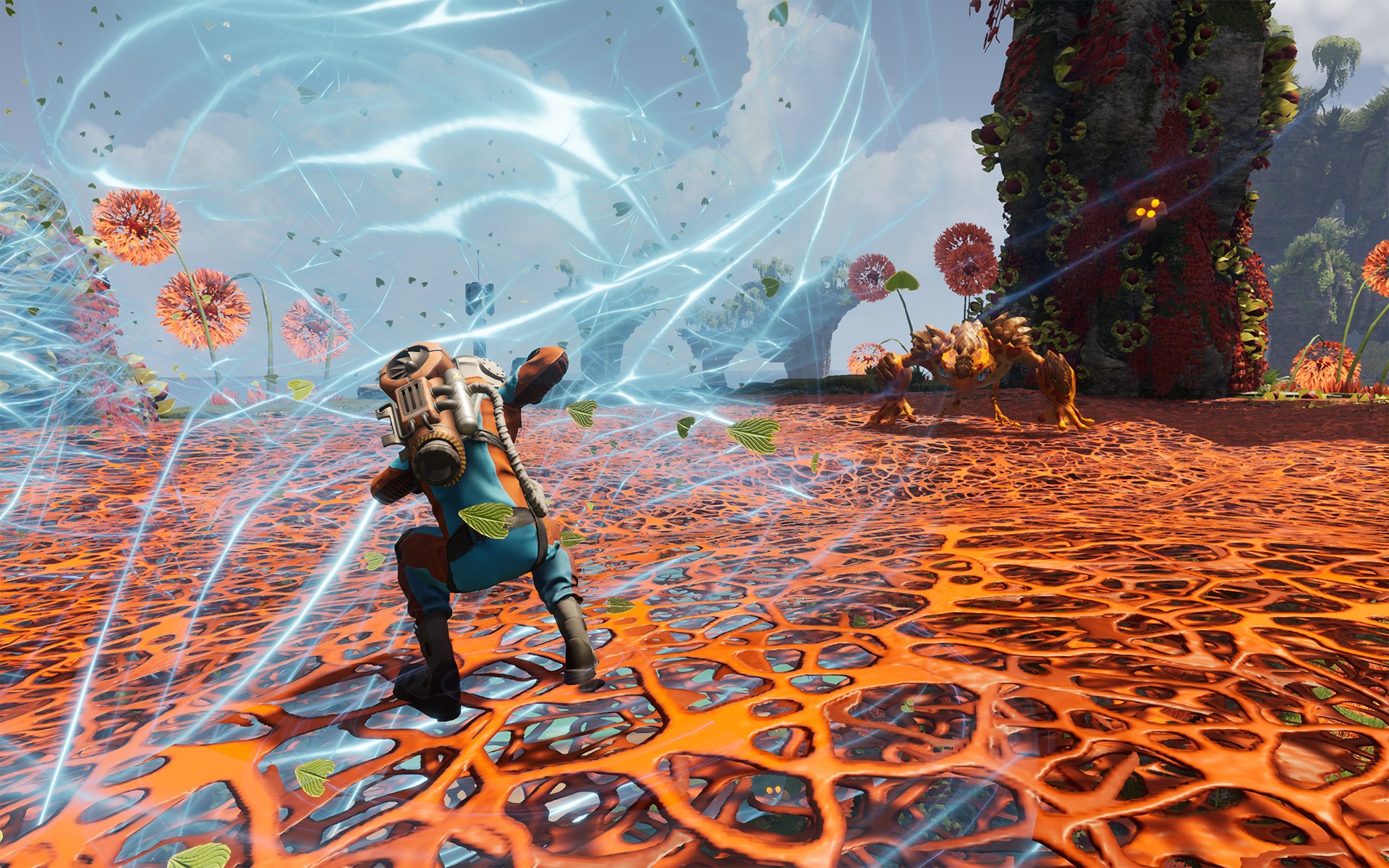 During the two-hour long campaign, Hot Garbage makes use of many of the techniques and items unlocked the first time around, and perhaps makes better use of them than previously. Notably, a new colour-coded robot enemy requires you to launch the correct ammo to take out their shields before you can hurt them. It’s great to see some of the least incorporated items make a much more prominent feature in the DLC. There’s also a bigger focus on first person shooting than in the base game, with more battles against the aggressive robots than experienced against the angry fauna previously, but it doesn’t over do it with too much battling and the main focus is still on exploring the world.

As well as bringing back everything you’ve established previously, Hot Garbage brings in a new flight feature, where you fly through purple rings to stay afloat. It’s both a great new mechanic and one of the games’ most frustrating, as it often feels haphazard and clunky to use. When over the steep learning curve though, it’s a great ability that lets you reach some dizzying heights, but unfortunately it never really gets time to reach its full potential.

The islands new biome encompasses the familiar feeling deep forests and dizzying cliffs found on the main planet, with the blue seas and a stretch of beach unique to DL-C1. The island is however compact, and the story doesn’t really get time to get going or fully make use of the new environments. The sea is incredibly sparse, and while you can trundle through it, there’s very little to see in the waters. It would have been nice to have a new enemy type spawn in the sea to make swimming through it more interesting. The same can be said for species variations in general, as there are very few new creatures or fresh takes on existing fauna outside of the new robotic enemies. 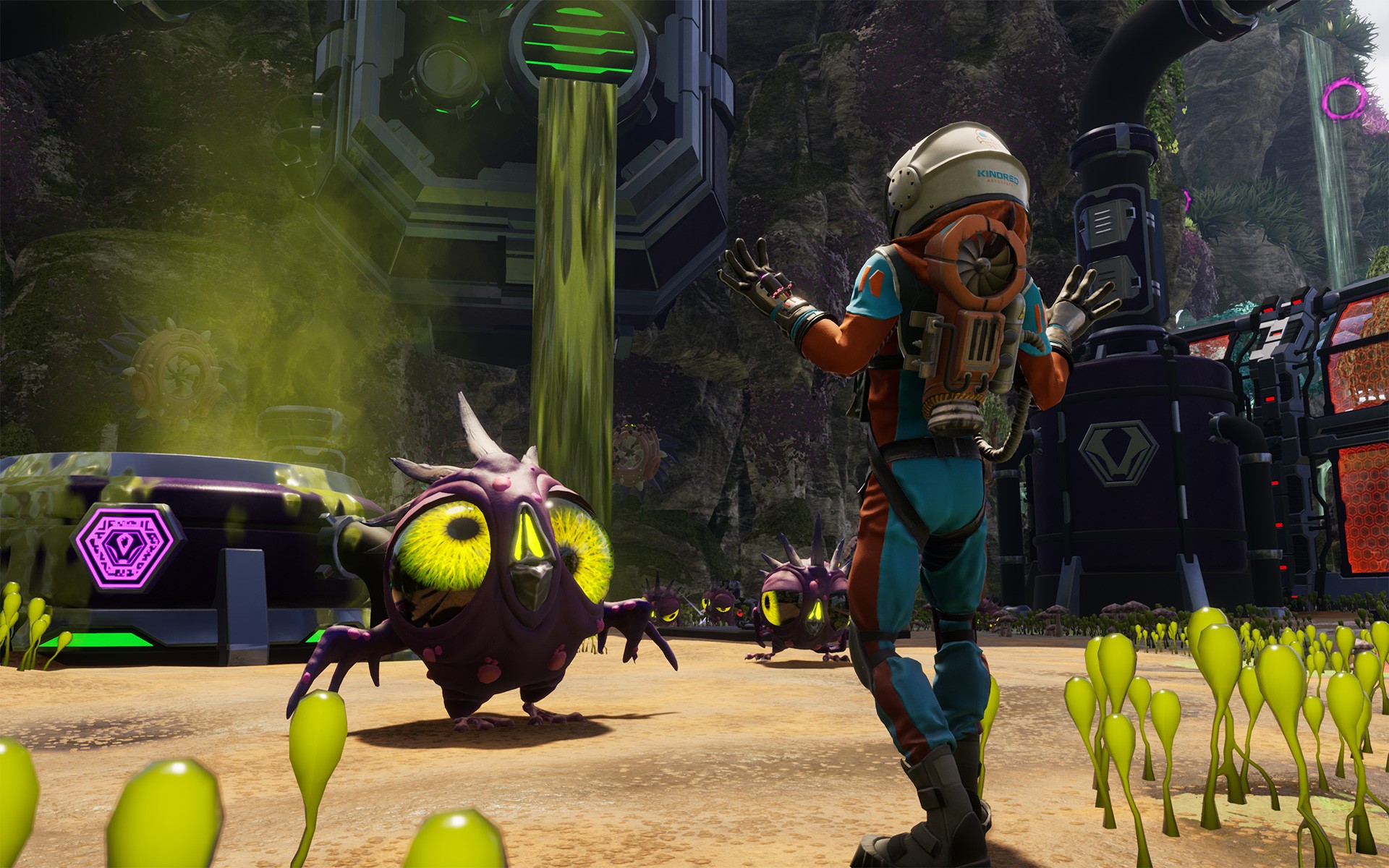 Once you’ve exhausted the main story, the game also has collectable postcards to hunt down, as well as plenty of new types of florna to scan. There’s also a handful of side missions to complete, ultimately unlocking new perks, like an endless stamina ability that comes in useful across the DLC and the base game. Getting to the 100% mark might not take as long as it did in the base game, but at least getting there is a fun ride with loads to see and do on the way.

As far as DLC’s go, Hot Garbage is a fantastic slice of more Savage Planet, but it feels cruel to tease you with such a small piece. That being said, the DLC is very fairly priced for what you get, and while it’s over too soon, I’m always happy to stretch my legs on any planet that Typhoon Studios throw my way.

As far as DLC’s go, Hot Garbage is a fantastic slice of more Savage Planet.