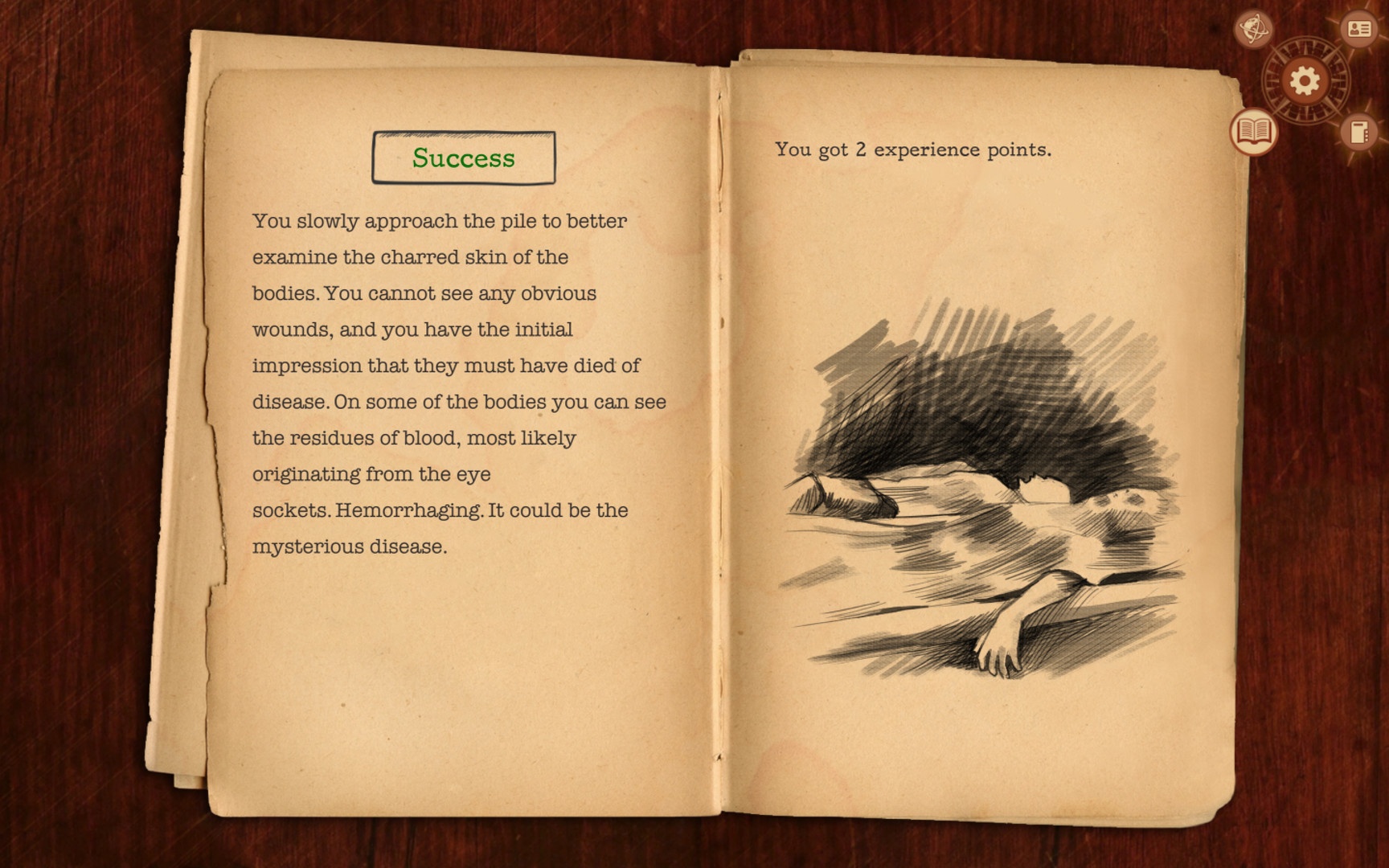 Omen Exitio: Plague is the first chapter of a series of gamebooks that are planned to come out, following the successful Kickstarter that was run for this game. In essence, this game is a gamebook, kind of like the ones that were pretty popular back in the 90s, where you’re presented with a specific story that changes based on your choices.

Now, even though I’ve played very few video games that follow this format, I still think that Omen Exitio: Plague might very be one of the best ones out there. The game pretty much excels in terms of the inspiration it draws from the work of H.P. Lovecraft and how it combines that universe with its gameplay mechanics into an exceptionally cohesive experience.

The player takes on the role of Jake Huntington, a doctor who joins the British Army in an attempt to leave his past behind, especially his wife’s death. From this point forward, you find yourself enveloped in a race against time, while you’re trying to piece every single clue together about a new mysterious and deadly disease that seems to have the potential to wipe out the entire human race. 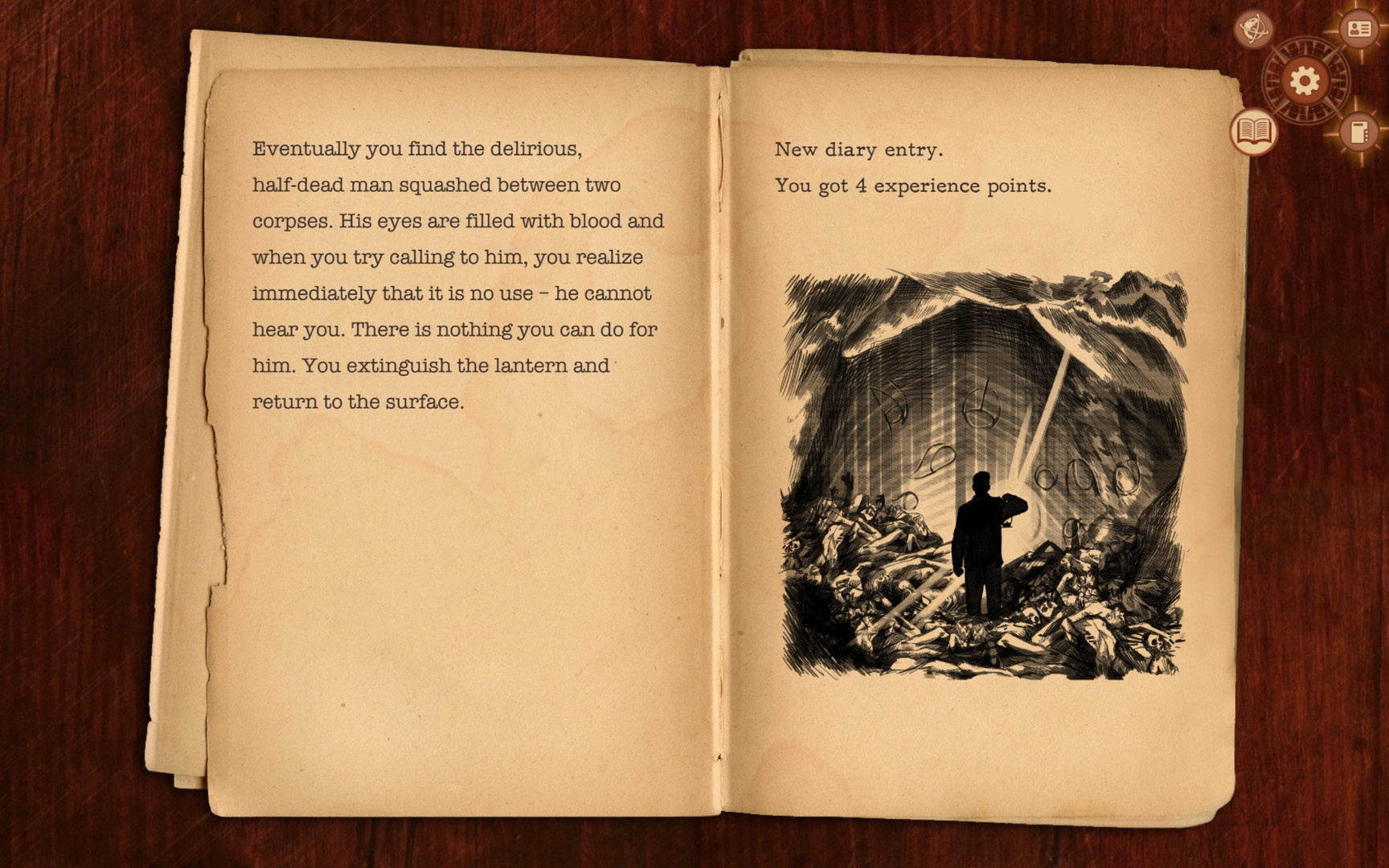 While most of the game is spent on reading, there are certain times where you’re presented with certain options as to how you want to approach a specific situation. In these instances, you can either fail or succeed, and the outcome depends on how your character attributes that you’ll be able to improve as you gain experience while progressing through the game. The character progression system is pretty basic and doesn’t really offer that much of a challenge, I feel like it’s only there so that players can opt to take one approach or another.

Choices really matter in this game, unlike some other games, as depending on the outcome of your actions, certain events can completely change based on your own input. In turn, these events have to potential to change the main course of the plot in a rather major way, depending on how strong the attribute that is associated with the choice you’ve made is. The attributes that have the capability to influence the way the plot unfolds are, fighting, observation, medicine, agility, and speechcraft. Just to give you a basic idea of how these work, you can think of it like this, fighting will help you during confrontations, agility will allow you to outrun adversaries, and speechcraft will allow you to persuade other characters, for example. I think it’s pretty straightforward and self-explanatory.

From the very start of the game, right up until the very end of it, I found myself hooked, because not only is the protagonist a likeable character, but every single character that you’ll run into throughout your adventure has a very specific personality of their own, with most of them being driven by some greater motive. Given the game’s plot, which I’m trying to not spoil here, sometimes I found myself engulfed in paranoia, I was second guessing some choice I was about to make because the whole situation felt like it was there just to trick me. The game does a great job in almost tricking the player into thinking like the protagonist. 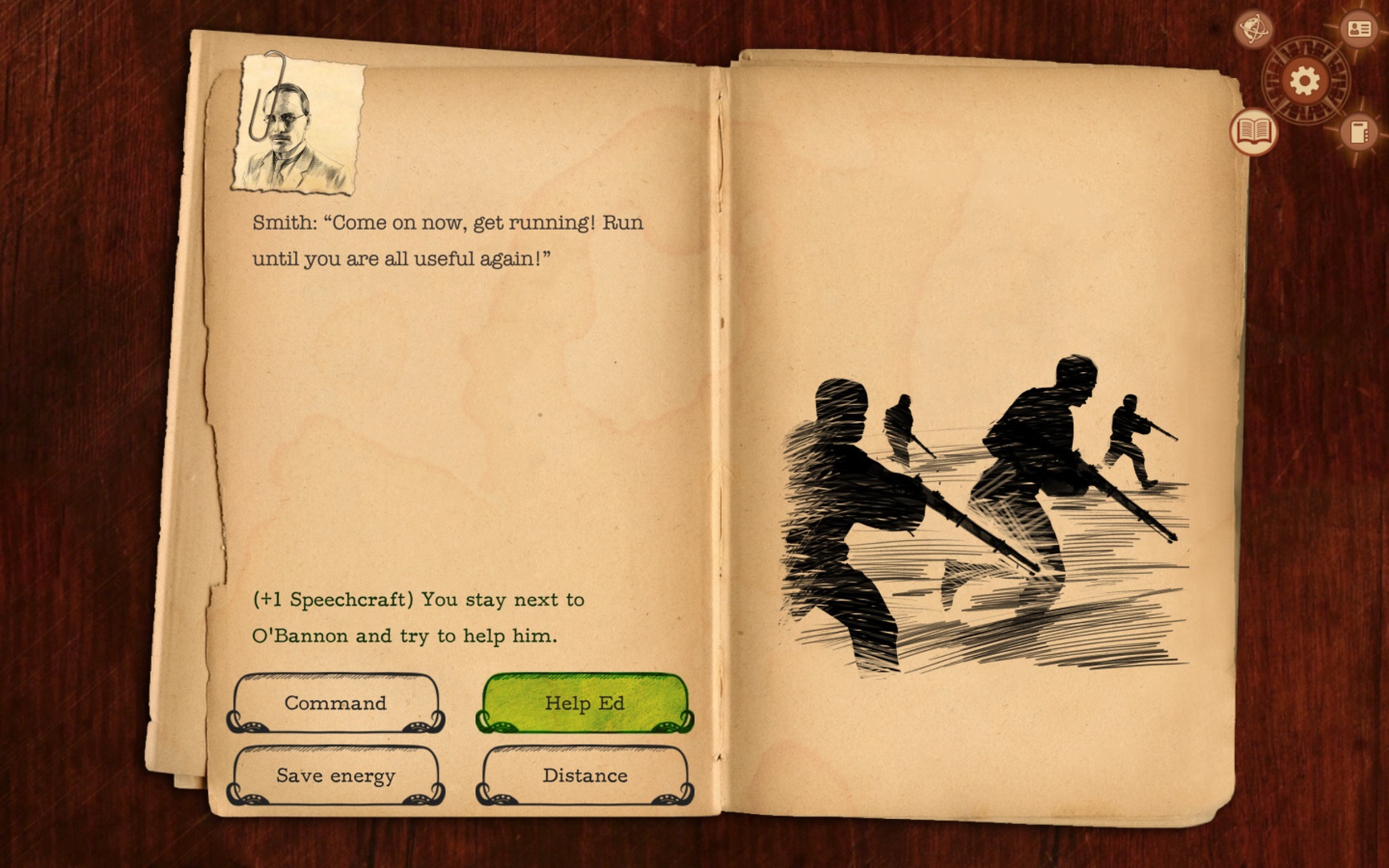 While I could praise this game a lot, it still has quite a few striking flaws that might put some people off. First of all, the game suffers due to the lack of any voiceovers whatsoever, and the game also tends to reuse some of the illustrations that are shown in the book quite a few times. Understandably, this is surely due to budget constraints but, nonetheless, they do detract from the overall experience as a whole. Likewise, even as a non-native English speaker, it’s extremely easy to spot a surprising amount of localization and grammatical errors, some things don’t really make sense at all, but it’s easy enough to figure out what the writer actually means, it’s not like it’s game breaking or anything. Still, hopefully, these can be fixed in future updates.

Even though Omen Exitio: Plague is pretty much entirely narrative driven, it is first and foremost a game made for fans of gamebooks, H.P. Lovecraft, and literature in general, so if you don’t like reading, you might struggle to with this game. Nevertheless, if you can ignore the obvious writing problems that the game has, what you’ll find here is an extremely engrossing and captivating narrative-driven experience.