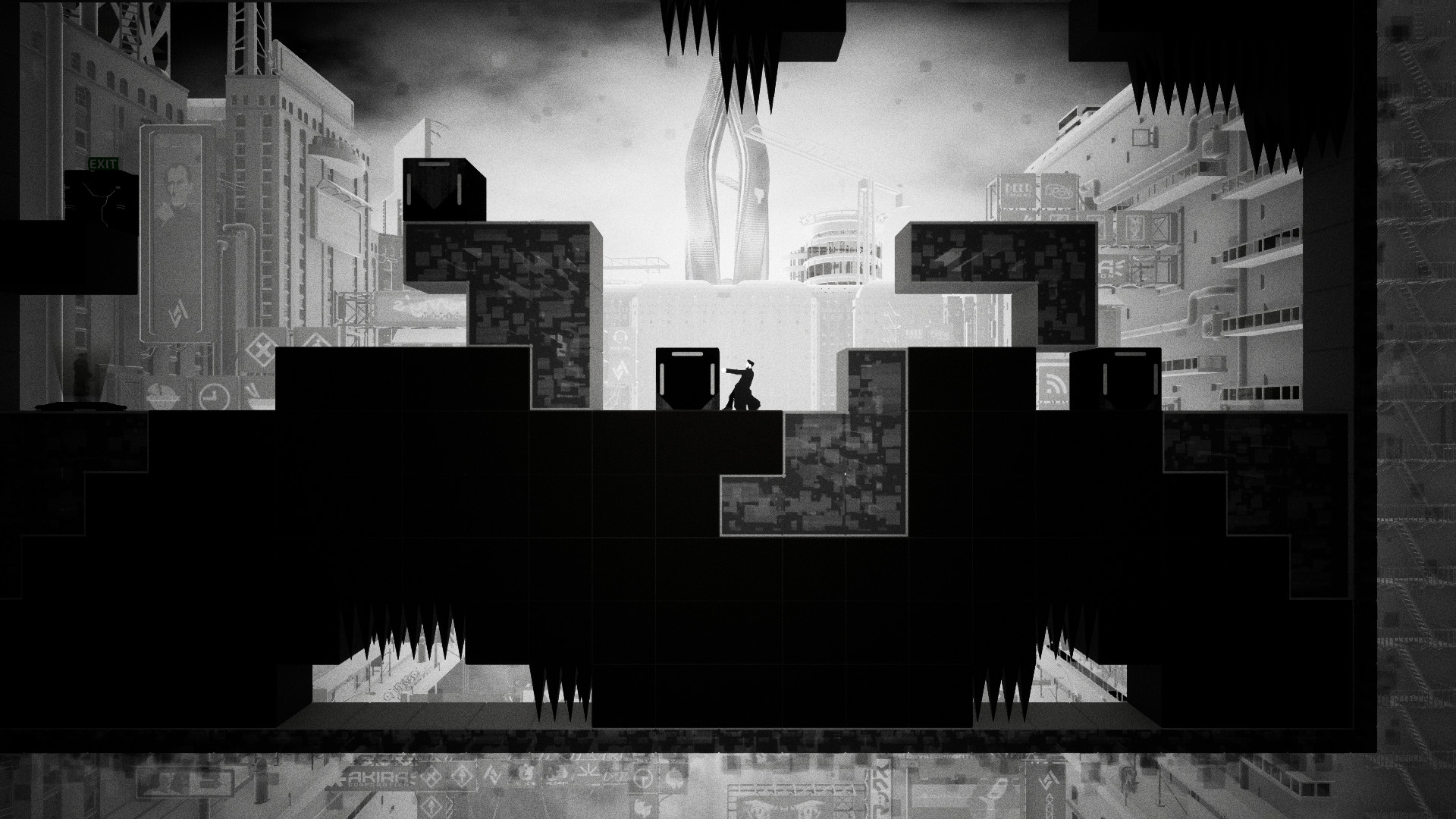 The E3 is currently in full swing, and every single gamer, consumer, and games journalist alike, is currently obsessing over all the upcoming major and minor releases. But while most are thinking about what they’re going to play for the next twelve months, others on the other hand, are looking back at the releases which they might have missed. Releases such as Red Panda Interactive’s Shift Quantum. Releases which may not be as bright and prestigious as the Ghost of Tsushima or The Last of Us 2, but ones which are certainly deserving of our attention.

Shift Quantum, just like most titles with the word Quantum within their title is a puzzle platformer. But unlike Quantum Conundrum for example, Shift Quantum is a 2D game which revolves around puzzles centered around shifts between the titular Quantum plains. And throughout the entirety of the title, your main task is always limited from getting from point A to point B, while shifting between the black and white dimensions. And while Shift Quantum is a rather simplistic game, visually speaking, then it has to be underlined that the special effects surrounding Quantum shifting are rather satisfying, and pleasant to the eye.

As you make your way through the title at hand, you will slowly but surely clear levels, and in turn chapters which entail them. And while the first chapter only requires you to simply shift between the Quantum plains, then the ones which follow, do pick up in complexity – while not necessarily increasing the title’s difficulty. And with every new chapter, Shift Quantum will throw at you ever new features such as movable blocks, traps, buttons and triggers, and much more. However, no matter how much Shift Quantum throws at you, it will never challenge you enough. 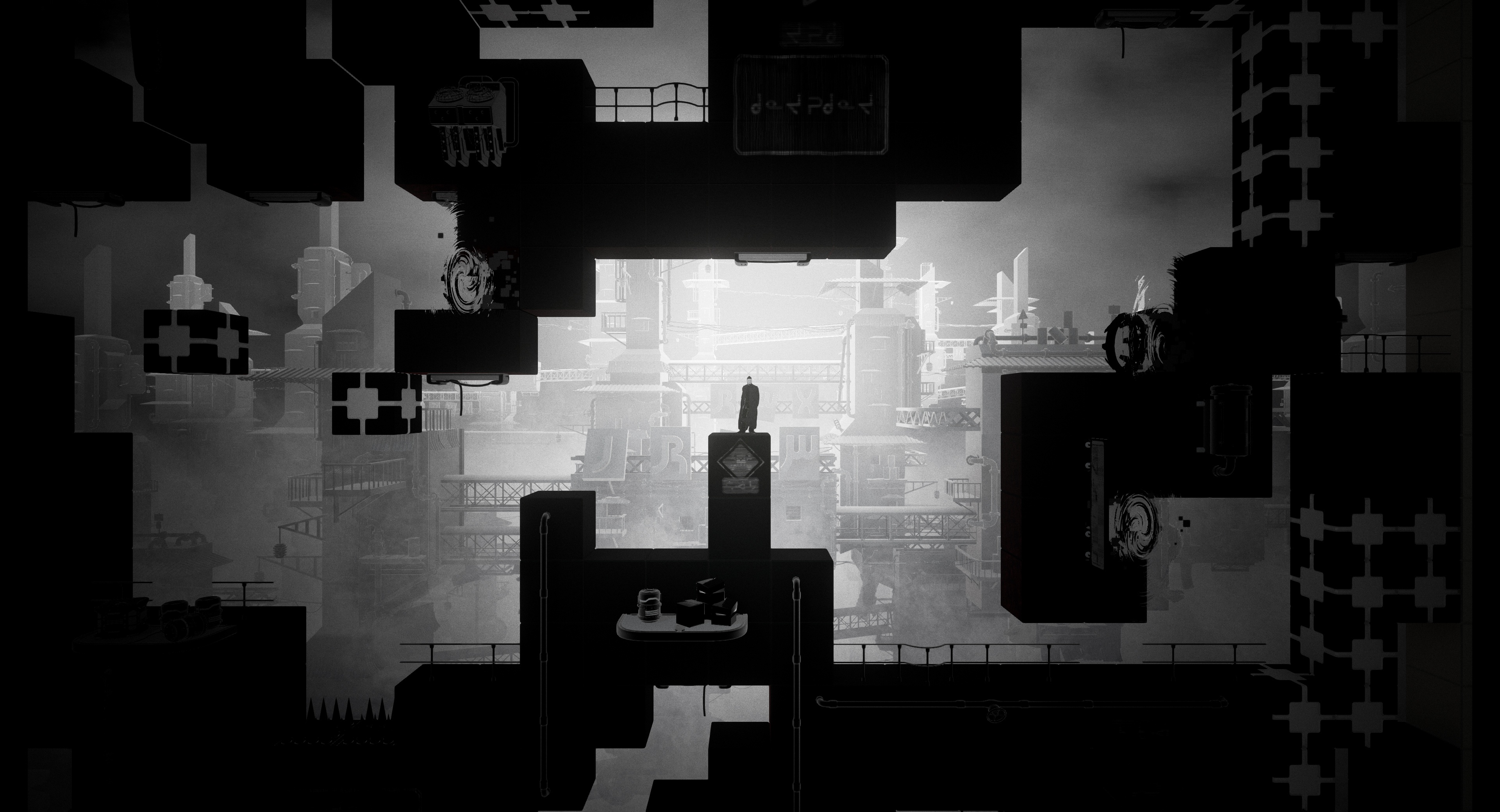 Shift Quantum is an incredibly calm and tranquil experience, and while at heart it might be a puzzle game designed to challenge both your skills and mind, then ultimately it is far from titles such as The Witness – difficulty wise. And as mentioned above, Shift Quantum is constantly becoming more nuanced and complex, as it throws in ever new features into the mix. But unfortunately – at least to some – ever-increasing complexity, does not equal ever-increasing difficulty.

While absorbing what Shift Quantum has to offer, you will constantly experiencing the feeling of satisfaction, as ultimately you will be clearing levels one after another. But the elation which comes with each and every accomplishment unfortunately fades just like the title’s ingenuity. And with every chapter and level, Shift Quantum, slowly but surely loses all of its charm, and by the time one reaches the final third of the title, he will lose the connection with the game, and will feel like he/she is playing it on autopilot.

Red Panda, the studio behind Shift Quantum has without a shadow of a doubt spent a lot o time and resources, getting it up to its rather high standard. As in its current state, Shift Quantum is borderline immaculate, both technically and mechanically. But while the vast majority of the studio’s resources has clearly went into the crunch period of the development, then it has to be said that in the long run, Shift Quantum would have benefited much more from more engaging gameplay and gameplay features, than its does from its technical state. And sure, indie games in working order such as Shift Quantum are slowly becoming a rarity. But in ten years time, many more will remember the _Observer, which as taken risk, and performed rather imperfectly on the PlayStation 4, rather than the inch perfect Shift Quantum. 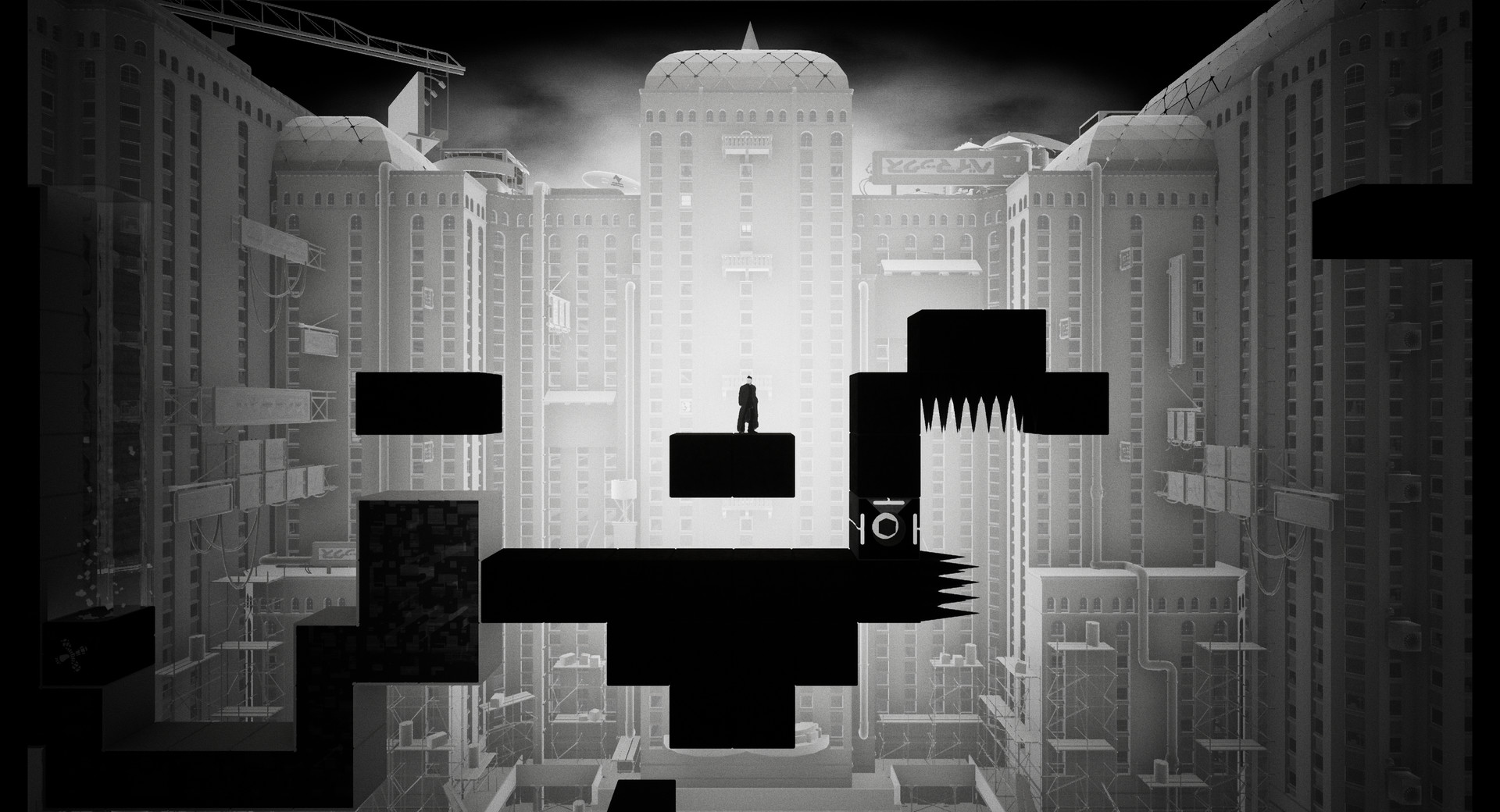 In many ways, Shift Quantum is just like the highly popular Super Hot. It is overwhelmingly simple title, of which core gameplay premise hinges on a single gimmick based mechanics. And just like the latter, Shift Quantum is placing all of its chips on the fact that the Quantum Shifting mechanic will ultimately carry the title as a whole, across the finish line. But in reality, Shift Quantum core mechanic is nowhere near as engaging or unique as the one of Super Hot, and in turn, it transforms Shift Quantum into a fairly forgettable experience.

Shift Quantum is by no  means a bad, or even an average game. And I would even go as far to say that it outperforms the vast majority of modern indies. But while it delivers the quality which one would expect from most if not all indie games, it unfortunately fails to leave any lasting impression. It is nowhere near as ingenious as the aforementioned Superhot; It lacks the zaniness and self-awareness of Deathspank; And unfortunately, its visual facade is nowhere near as memorable as the one of iFun’s Serial Cleaner.

It is clear to see what kind of title Shift Quantum is. But it is even clearer to notice – as you had a chance to read above – what kind of title it isn’t. And while one could describe it as mechanically sound, and technically perfect, and much more, one unfortunately can never call it memorable. As despite of all of its qualities, Shift Quantum is a title which most will forget within a week of purchase if not less. And it is really not far from greatness, and with few small tweaks – and some large ones – it could be turned into something special. But as things stand, it is not much more than a good puzzle game, which will unfortunately get lost in the crow of upcoming releases.