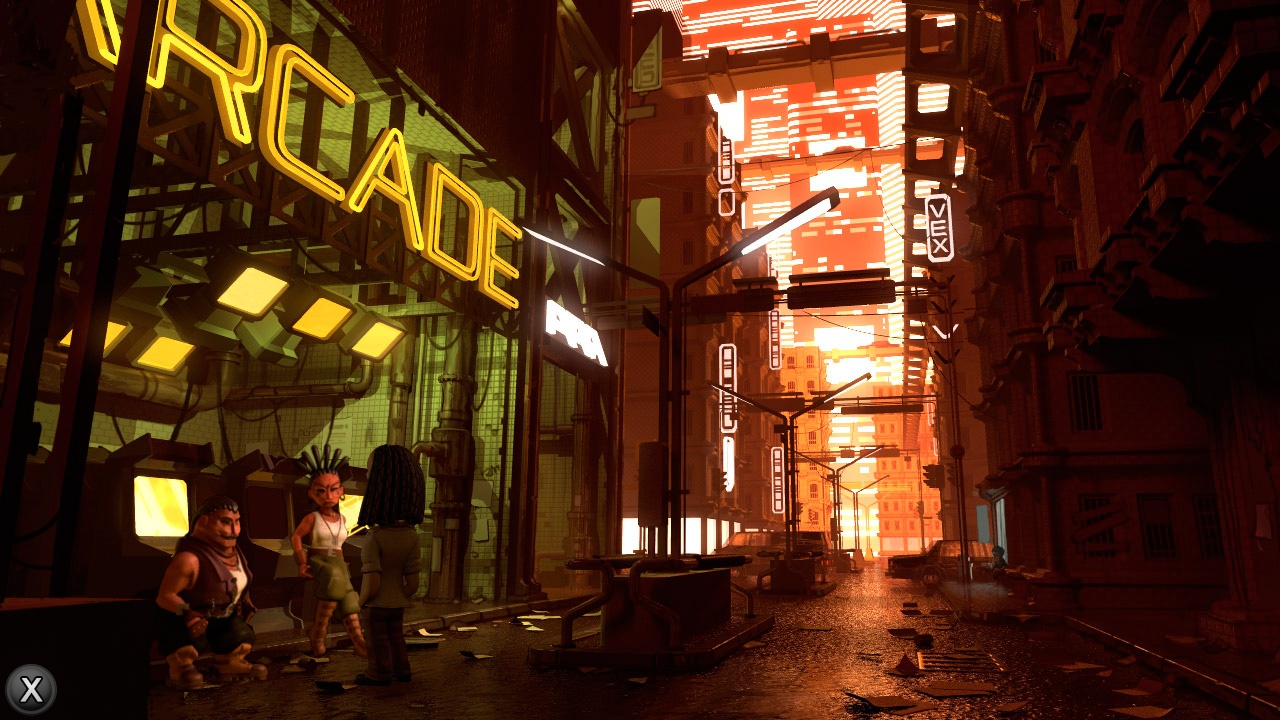 They say all good things come in threes, never a truer word spoken when it comes to the third and final part of Bwano, Kito and Lina’s adventures in SkyGoblin’s The Journey Down: Chapter Three. This latest game, within the point-and-click series to release upon the Nintendo Switch, finally brings closure to the exploits of the hapless brothers and their partner-in-crime, creating a fully-fledged episodic adventure that certainly clicks with its charming values and points a way in the right direction.

As with the second instalment, this title follows on immediately after the cliff-hanging events of the last game. It’s very important to know that this game doesn’t stand alone as a title; you really do need to play through the previous chapters to fully understand and appreciate the events of this release. There’s no catch-up element, or previously narratives, the game simply throws you into the thick of things; which isn’t a bad thing considering the last chapter’s cliff-hanging ending. The story continues along the adventure of uncovering the mysteries within an old journal that once belonged to the adoptive father of the brothers, Kaonandodo. With the journal discovered years after their father’s disappearance, along with the help of the local University’s Lina, the trio have embarked through a series of escapades that have been beautifully laced with a sprinkling of laid-back humour and a totally Caribbean/African flavours.

Whereas the second instalment of the series contained a distinctly dark undertone, this third outing very much pays homage to the first episode, bringing both Bwana and Kito back to their home port of St. Armando, whilst Lina remains behind to focus on foiling the plans of the Power Company; a powerful corporation whose henchmen have continuously chased and fought to gain possession of the old journal and stop the trio’s investigation into the disappearance of Kaonandodo. This produces a game that flits back-and-forth between two very different settings; incorporating the elements of both of the previous titles with their locales, characters and distinct atmospheres. 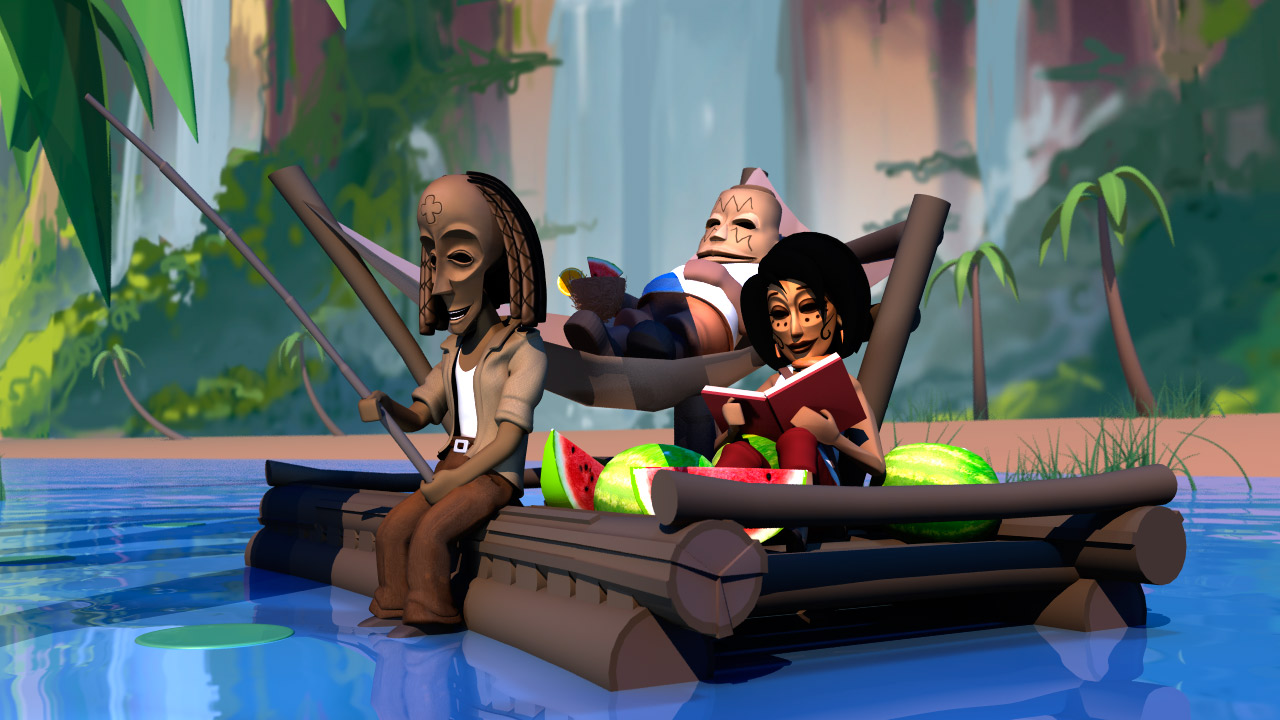 Although revisiting old ground with their return to their home city of St. Armando, the two brothers find themselves within the new neighbourhood of Sankara Town. Here, they come across an underground movement of resistance against the city’s corruption and corporation rule. Under the guise of a heavy metal band, they meet Waasi, the band’s front-man and an old school friend, along with his explosive drummer, Bombshell, as well as roving reporter, Gabi. With the enlisted help of the coalition of characters, the brother duly set about bringing down the corrupt rule, as well as uncovering the secrets that they have been long-searching for.

Lina’s adventure, on the other hand, sees her involved in a much more supernatural twist, through lands of lush islands, shrouded jungles, sky pirates and animal gods. It’s a more story-driven narrative here, with less character interactions than Bwana and Kito’s journey, but is one that reveals an unforgettable discovery that links back to the origins of the Journey Down story. This section of the game has a very distinct, African feel to it within its settings and locales, producing some lush visual depictions and interesting backdrops.

The humour found within the series remains, more so than the trio’s second outing, producing some very comical moments in the narrative and situations in which they find themselves. Its nineties style of charm also remains intact, as well as its control, selection and manipulation mechanics. However, this is also the easiest adventure to work through than the previous two chapters; with a lesser number of characters, reduced puzzling difficulties and solutions and a shorter play time. It’s not necessarily a bad thing, as it drives you forward to the series’ long-awaited conclusion. 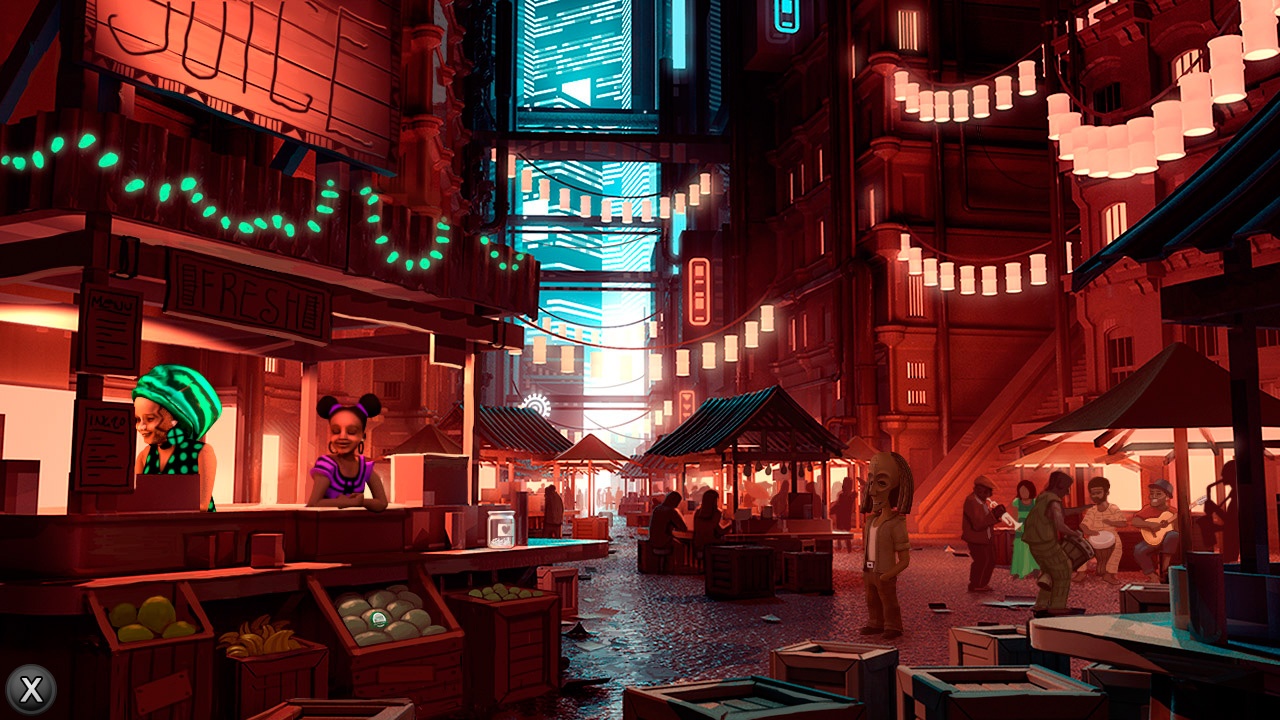 The stylistic tones of reggae and deep-Carribbean music also retains its toe-tapping charms, along with a new inclusion of head-banging rock within the city districts. It all adds a nice aesthetic to the settings, as does the strong voice-overs with the original actors still in place. The graphical presentation seems to have had a polish too, with some sublime locations and animated backdrops; even the previous disfunctions of foreground and background mis-matching seems to have been eradicated. This is easily the best looking title out of the three.

Although the game still retains the point-and-click elements of the series’ gameplay, as well as a series of puzzles that need to be solved to advance the plot, this third chapter is more story orientated. An abundance of delicious cut-scenes progress the adventure to a satisfying conclusion, creating a game with a slightly less level of interaction, but then produces a title that runs at fever-pitch to a climactic level. This change in mechanic doesn’t detract from what you may have been more used to with the previous titles, and in fact, produces fast-track ride that will stay with you long after its completion.

Overall, The Journey Down: Chapter Three contains a lot more positives from its previous outings. It’s clear to see that the developers have learnt from the previous titles, incorporating all manner of elements into the conclusion of their adventure and producing a much more satisfying journey; without sacrificing any of its charming qualities. In fact, as a whole, the series boasts a rather impressive production value with sublime visuals, engaging story, humorous characters and satisfying puzzles. Despite some minor flaws, particularly with the first two episodes, this third outing comes across as near-flawless in its presentation. Although it may be shorter and not contain the same level of degree with its interactions, this final chapter provides a suitable ending to the series, as well as an unforgettable experience. All in all, if you’re a fan of adventure games, or of the point-and-click genre, then this is a series of titles that are well worthy of any gamers attention and is definitely a worthwhile addition to any Switch owner’s library.