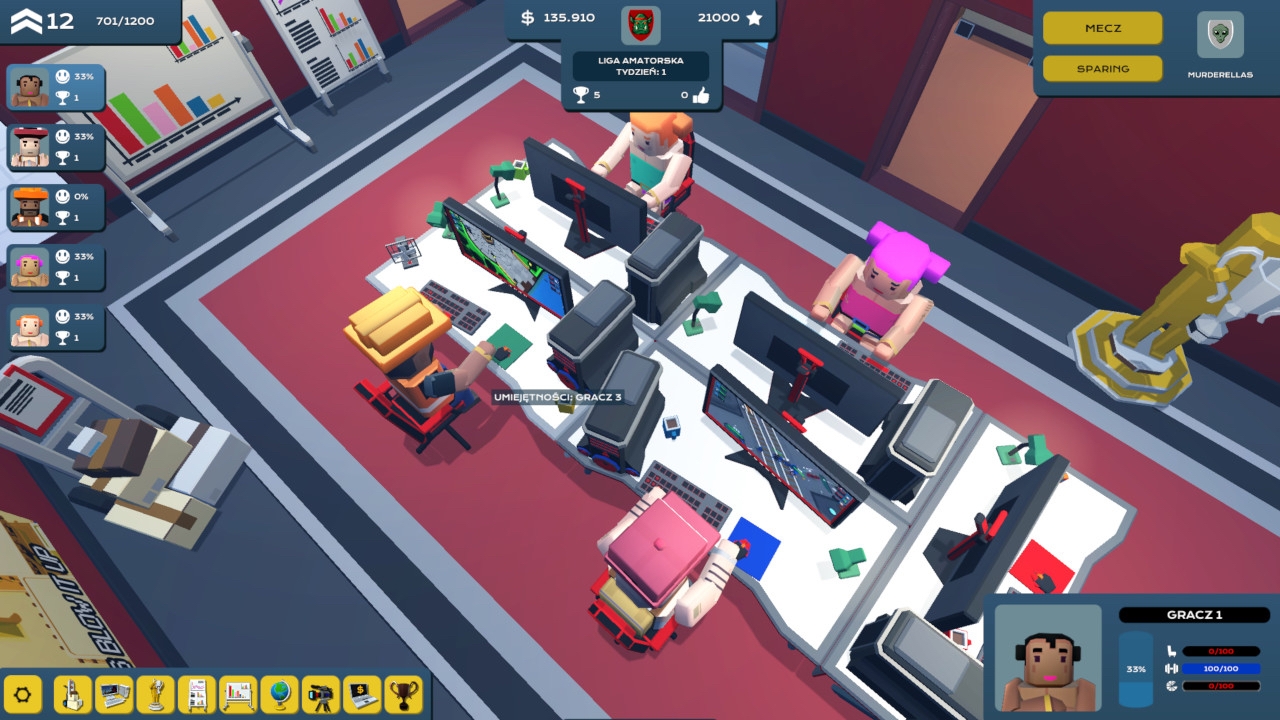 The popularity of E-Sports can’t be denied. Many of the top tier titles these days have spawned a series of leagues and competitions that can easily rival its real-life counterparts of Premier League Football or Major League Baseball. They’ve spawned a series of professional players, as well as produce a gold pot of monetary rewards to become one of the fastest growing and popular forms of video gaming within the modern era. Well, now it’s something that we can all have a go at, with the release of InImages and Ultimate Games’ ESports Manager as it enters the competition to fire a release onto the Nintendo Switch.

Originally released on Steam in 2018, this Switch version is a direct port of the original title. Its premise revolves around managing a team of E-Sport players, as you cater for their welfare, set up lucrative deals, provide facilities, hone in on particular skills and enter a series of leagues and tournaments in order to produce the best Esport team the world has ever seen. You begin the game with a series of choices and customisable options that sees you picking between two game modes: FPS and MOBA. Each of the game modes offer a differing style of play in terms of competition matches, but the overall core of the gameplay remains the same. You get to pick your team, of up to five players, name them, choose a country of origin, select a team emblem and choose a team name.

Once this is done, you are then taken to an isometric view of the team base which is divided into a series of rooms that houses a playing area, a gym, kitchen, bedrooms, as well as further rooms that need to be unlocked through progression. These later reveal themselves to be social media and sponsorship rooms, as well as a few others, in order to attract a larger fan base and sponsorship deals to bring in the finances needed to expand. Each of your team characters go about their daily lives within the base and their welfare is measured by three bars, one denoting overall tiredness, one for hunger and the other for general constitution. 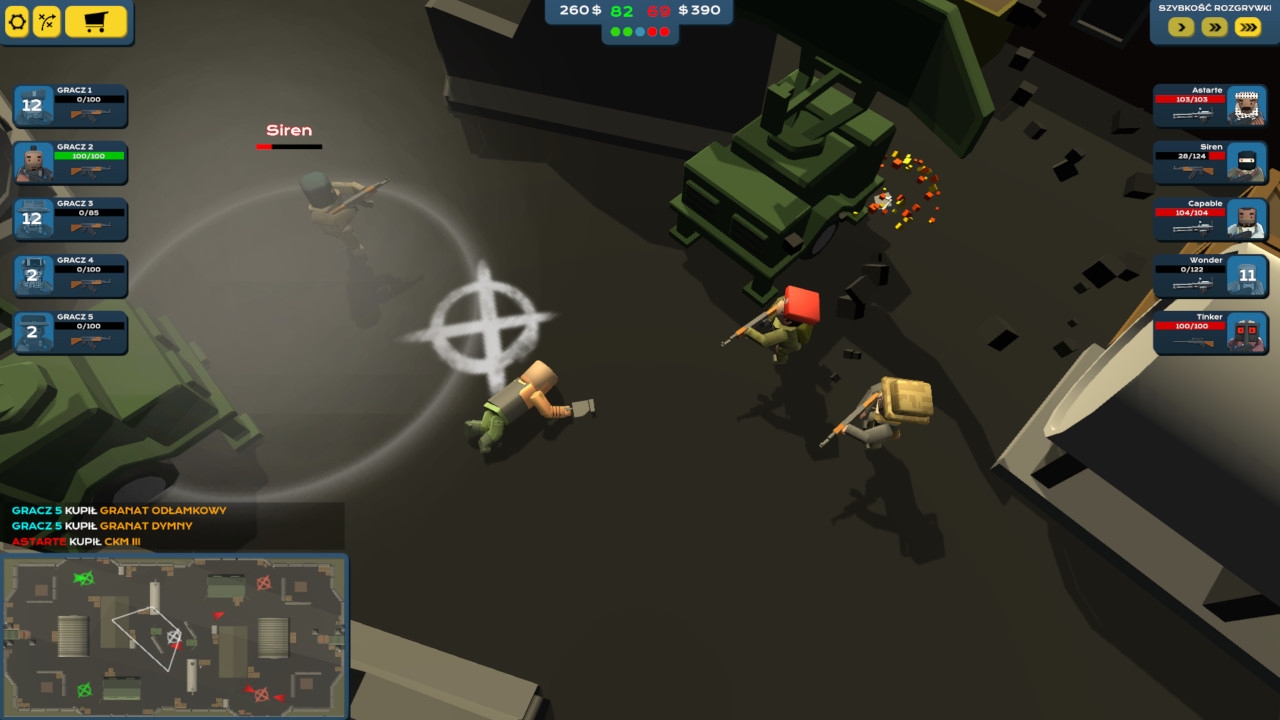 Maintaining a good level of readiness is vital to how each player performs within the leagues that you’ll enter the team. Should either of the bars begin to decrease, you must then allocate them to certain rooms in order to combat whatever fatigue they may be facing. For instance, send them to the kitchen if hungry, to the gym if their constitution lags or to the bedroom for some R & R should they be feeling tired. Once you are satisfied that each player is in peak condition, you can then enter a series of tournaments and leagues in order to hone their game-playing skills and rise within the ranks to stardom.

You begin in the lower echelons of the amateur leagues, with your prime objective to gain promotion to the higher tiers. Depending on your chosen style of game, FPS or MOBA, you participate in a series of matches against rival teams in a series of bouts. Before each game, you can outfit each player with a specific skill or trait and also issue limited commands on how you would like the team to approach each game. Once done, you then watch the action as the games play out in front of your eyes. With each match, or more specifically, with each victory, you gain league placements, monetary rewards and fans. The more you gain, the further you can expand your facilities and team with sponsorship deals and a whole host of upgrades from team or player skills, weapons variations and useful items for when your team are in the field.

In terms of options or the variety of ways you can upgrade your team and their facilities, there’s a staggering amount of variations on offer here. It gives you something to work towards as you try to build the best team that you can. However, some of the functions of the game fall a bit flat in terms of playability; often leaving you feeling as if your input is meaningless overall and the actual level of immersion as a team manager, a bit pointless. This is largely due to the game’s main function as creating your role as largely overlooking the responsibilities of running your team, without any real input in how the team play in competition. 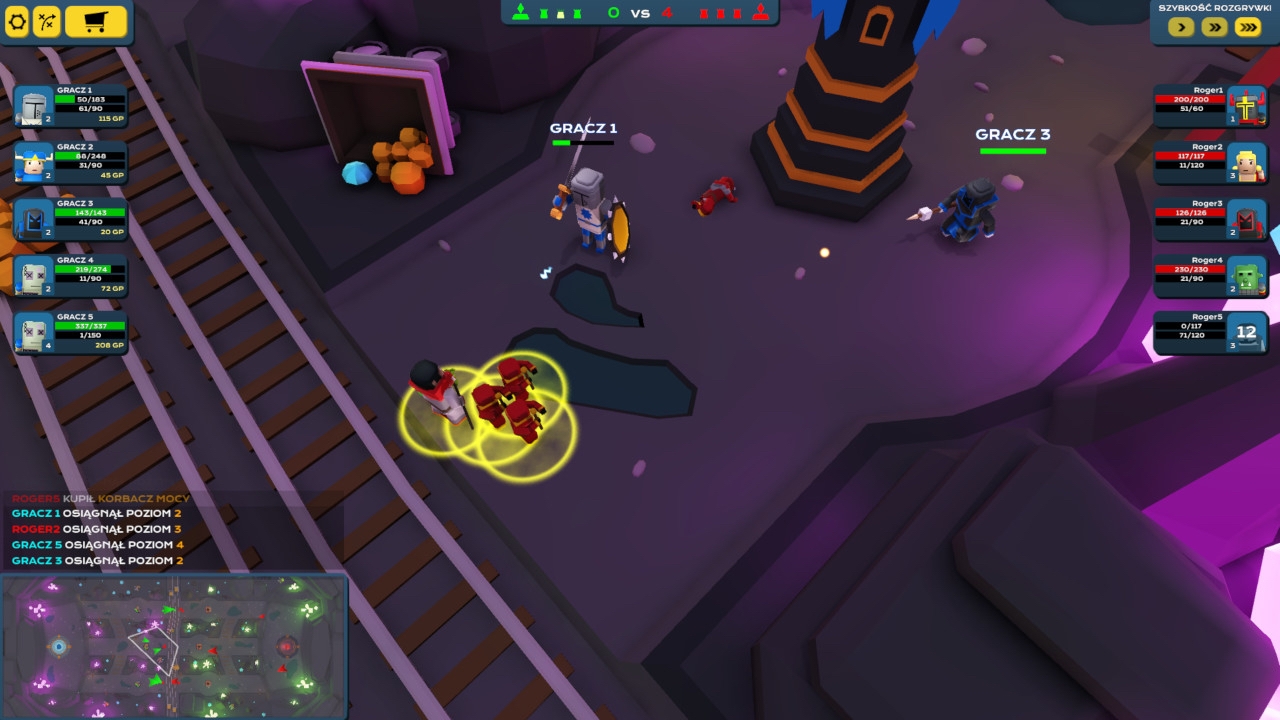 This leads to large chunks of the gameplay where you’re merely a spectator; watching your team go about their lives and watching them play matches in the league and tournament games. You do get the option to unlock control of your players whilst they play competitively, but this doesn’t really add anything to the overall gameplay and in some ways, actually adds to the detriment of your team performance. This is further hampered by a lack of any meaningful progression and an omission of on-the-fly commands when in game; as well as a fiddly UI interface which was built solely for PC use. As you progress through the game, you unlock further functions with which to outfit your team and attract sponsorship and fans. For the most part, any skill or item that was equipped to the team as a whole or individually to each player, didn’t really translate into anything new or particularly different when spectating or playing within the competitive matches; apart from bringing in extra revenue with which to purchase largely redundant upgrades.

The user interface is also difficult to navigate using the joy-con control. With no touch-screen capability, you simply have to highlight through a series of options to get to where you want to; something that becomes more frustrating when you have to cycle through each individual member of the team to outfit them. What could have been done in a few minutes, actually takes a lifetime of moving back and forth, which stumps the flow of the gameplay. You can easily see that this is a game that was designed for mouse and keyboard inputs and doesn’t translate well to joy-con control. Even the inclusion of a cursor movement would have helped greatly here, but alas, this is also missing.

Overall, ESports Manager’s design hampers its overall gameplay. Apart from keeping the team members vitality bars in check and purchasing new items and sponsors, there really isn’t that much else to do. You merely spectate competitive matches without any input should you wish to change strategies or tactics on the fly. Allowing the player to partake in these events could have boosted the game immensely and allowed for some much needed immersion, but its mechanics are poorly implemented and aren’t really the game changer they could have been. Even when you do purchase upgrades, you never really see or feel the benefits of doing so and a clunky UI just makes things frustrating. It’s a unique idea and one that would have worked with a bit more care and attention, but as it stands, this is a title that soon grows stale with a distinct lack of any excitement or fulfilment in what you may, or may not, achieve with your team. Personally, you’d be better off sticking to watching the professionals on Twitch or other streaming platforms, it’s far more exciting, unfortunately, than this missed opportunity.

ESport Manager is a unique title and one with potential. However, with limited input and a clunky UI, it’s simply a game that you’re never in control of.