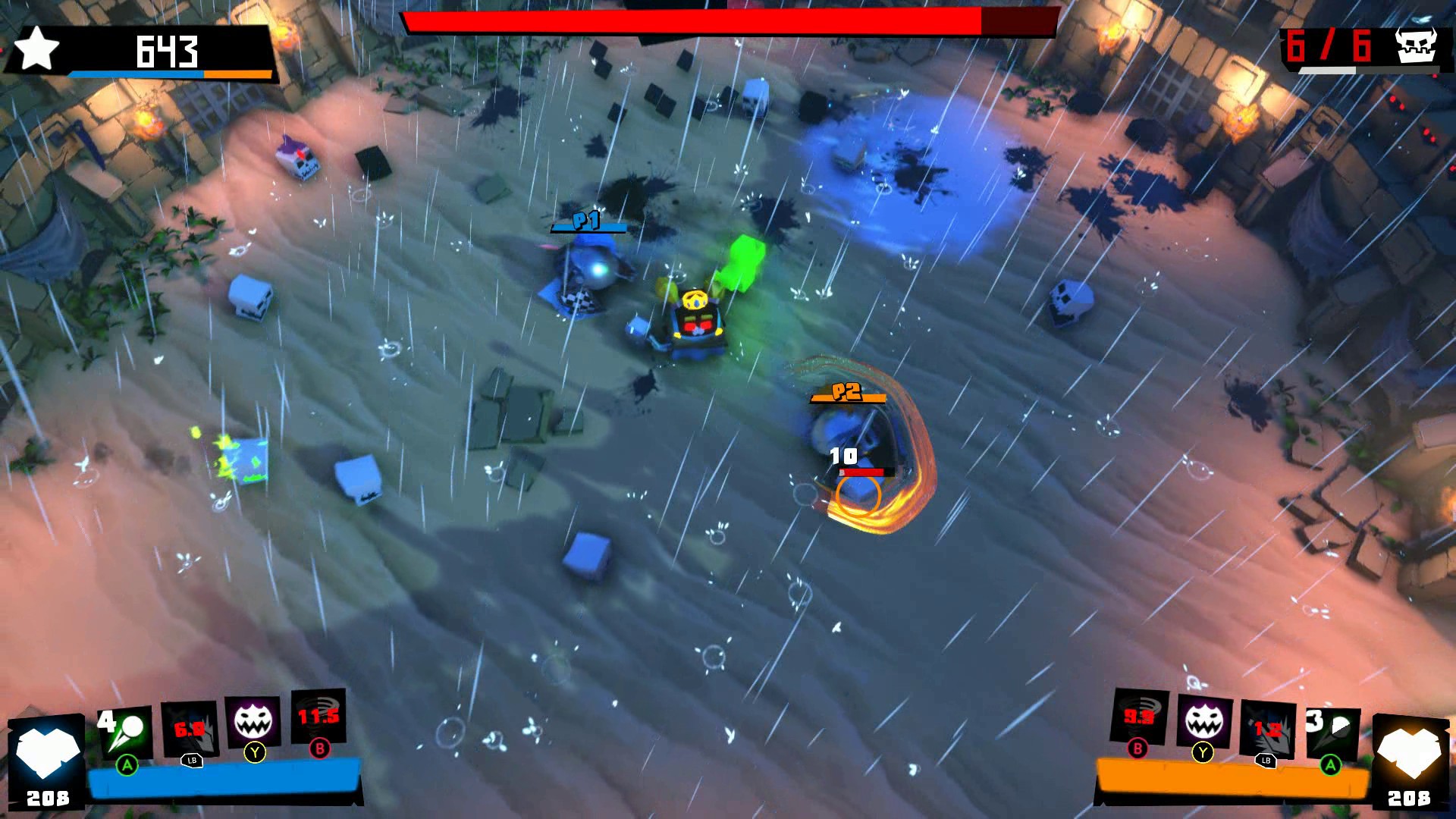 Cubers: Arena is a top-down arena hack and slash game with a cartoonish art style! Cubers: Arena got released in July 28th, 2020 and has received mixed reviews from the community! Some experience Cubers: Arena to be frustrating due to the ideas not being well executed enough. But it has received praise for being a game with a surprising amount of depth and also for having a really nice soundtrack! What really makes me come back for more is the flexibility that Cubers: Arena can provide! There are so many playstyles to try to put to the test!

Before you start your adventure, you will first have to select one of the three save files available to you. You will then have to select your desired difficulty! At the beginning there will only be three difficulties available at first. You take the role of Baller, who has been sold by his family to fight as a gladiator. You’ve been thrown into the arena and must prove yourself worthy by fighting whatever they will throw at you! As you whack your way through the first waves, you will notice that skills have been unlocked! You can use your Attack Skill, which will allow you to strike a unique move that will deal heavy damage towards the enemies! Once you have proven yourself in the arena, they will allow you to talk to their leader. Despite proving yourself in the early stages of the arena, you still didn’t earn the respect of their leader. 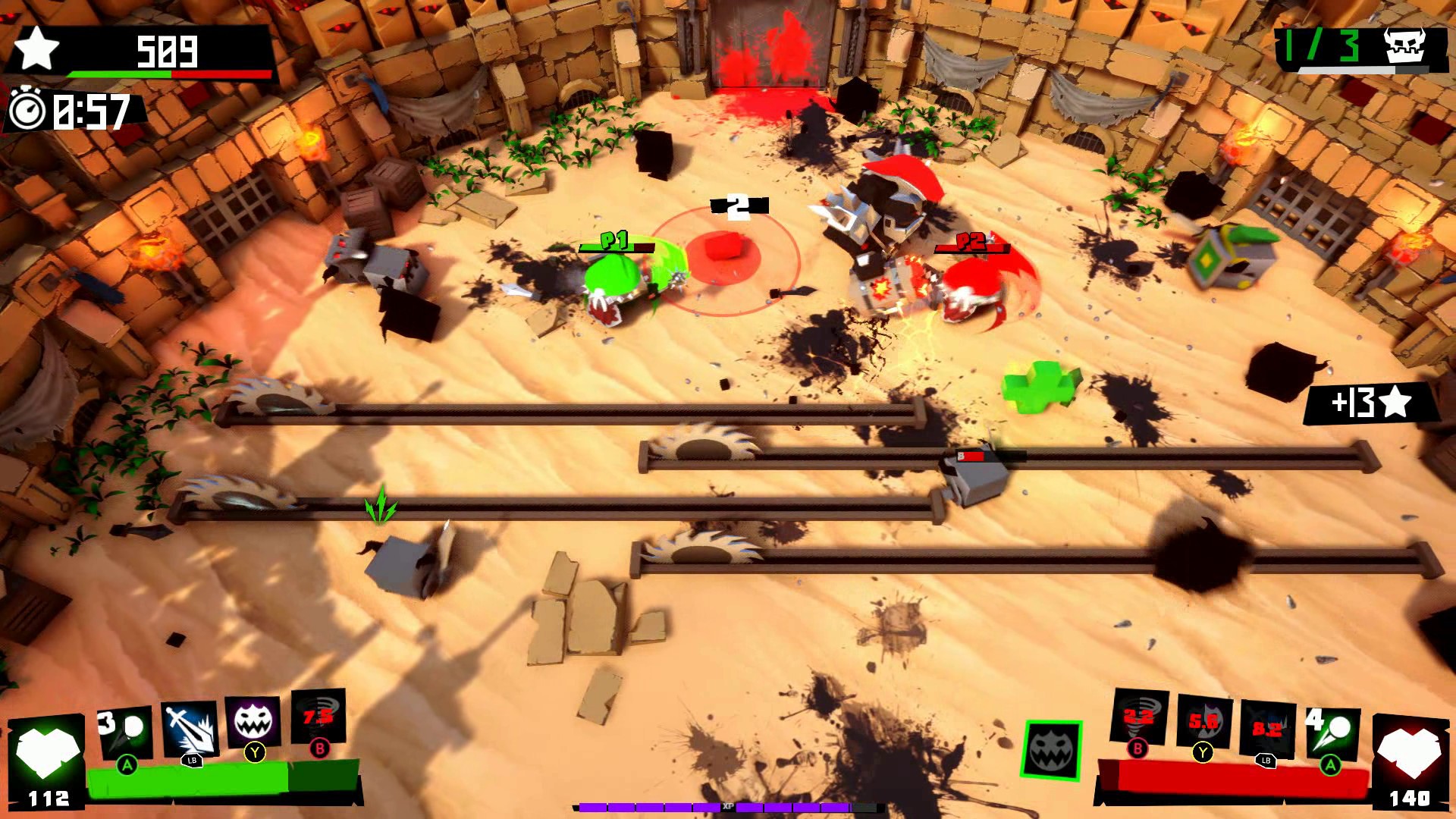 After an interesting dialogue with their leader, you will soon learn about the stats! Your skills will pretty much be measured into four different categories; attack, defence, vitality and wisdom. Before you know it, you have been introduced to the hub area. It is there in the hub area that you will be able to find anything from the Armory, that will allow you to buy weapons and the Campfire which will allow you to eat and heal yourself by doing so! You will also be able to unlock skills by using tokens. The skills can do things such as allowing you to walk faster or roll and deal damage to your foes! In order to progress further, you will have to talk to the leader and choose your next desired mode to play.

Stages from now on will have a rating system! If you have done an outstanding job, you will be able to receive a maximum amount of three stars! It is a great rating system due to the addicting element of wanting to perfect every single stage. As you progress throughout the story, I have noticed that the arena design changes. For an example, it went from a desert themed arena to an arena with a spookier atmosphere! The soundtrack really sets you in the mood for the hack and slash action! The only thing I can complain about when it comes to the audio is the obnoxious sound when your character uses the basic attack with the sword. Considering that the sound can’t be removed through the audio settings in the game makes it really annoying. I rarely complain when it comes to the audio, but I really couldn’t stand out with this one. 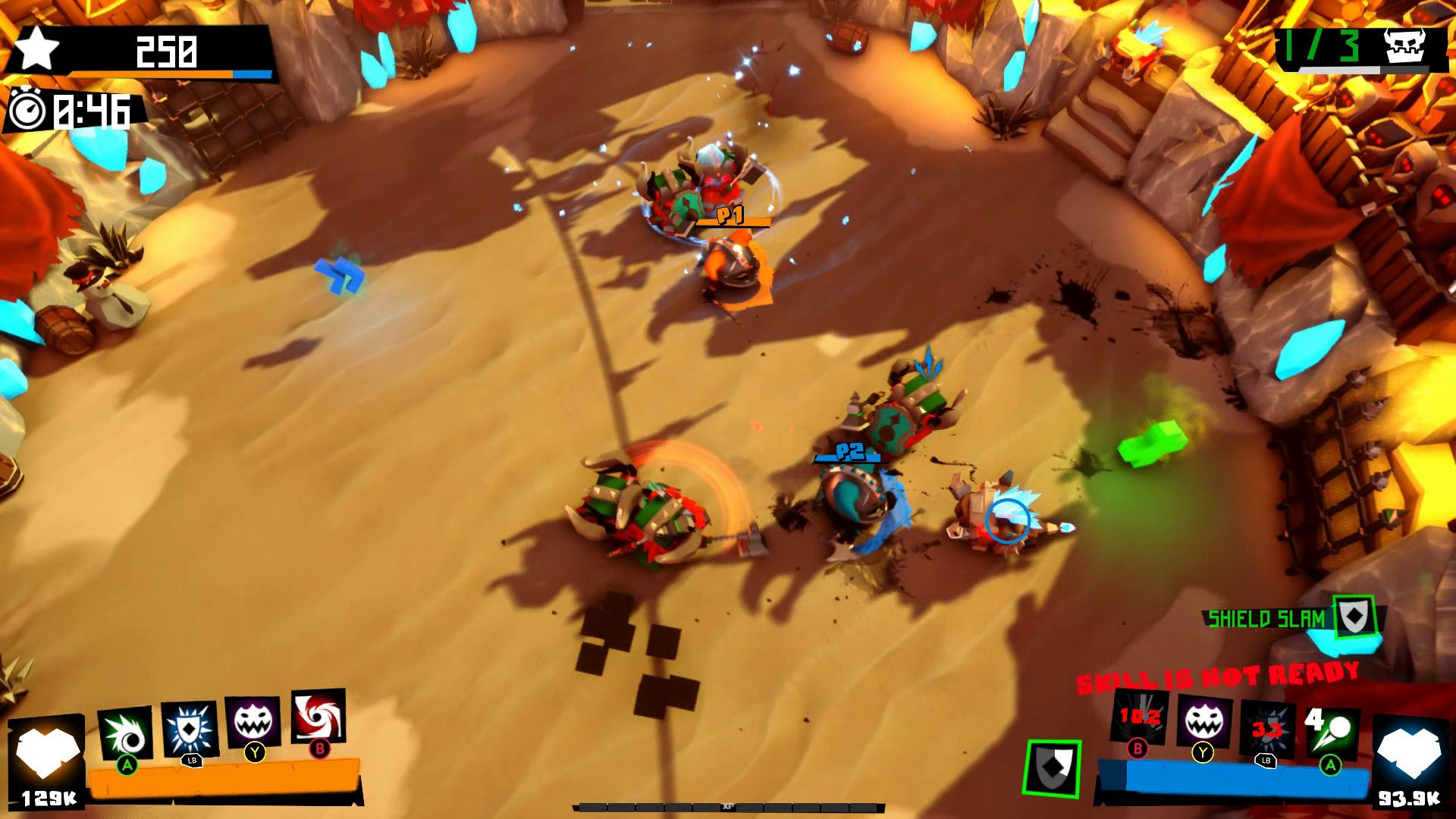 The negative stuff aside, I would like to give a lot of praise towards the charming character models and the surrounding. The enemies are simple and are really child friendly. You will even have the option to turn off blood if you prefer that! The controls are simple and quite pleasant, which makes the game really easy to get into! The combat is satisfying as you see the health of your foes disappear as you whack them! This also makes Cubers: Arena really easy to get into, especially if you play it with a friend! That being said, I feel like it is time to wrap up the review!

At the end of the day, Cubers: Arena is a nice approach to an arena hack and slash title! The gameplay is quite addicting and can be quite fun if you play with a friend! The only downside is some parts of the audio. But other than that, I really think it is worth coming back for more Cubers: Arena!

In the end, Cubers: Arena can be a quite fun experience! Whether or not you play with a friend, I would still suggest giving Cubers: Arena a try and see if you would enjoy it!