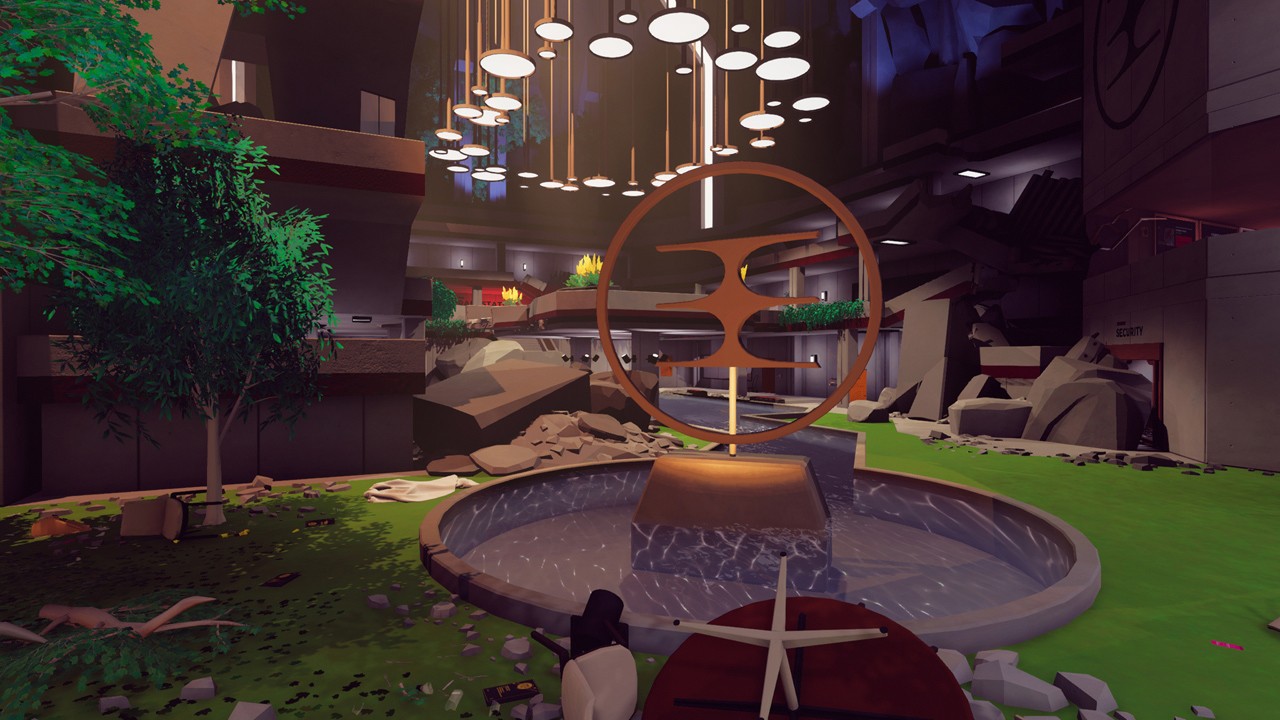 Back in the early days of PlayStation Network and Xbox Live, nearly every single indie console release used to be considered colossal; titles such as Trash Panic, Deathspank, and Shank used to be nothing more than a droplet in a digital sea of AAA releases. However, now the times have changed and the console-centric digital storefronts are so oversaturated with indie and AA games, that such are more often than not to fly under the radar, only to be discovered on their actual release and The Bradwell Conspiracy, is exactly one such game.

The Bradwell Conspiracy is an alternative history, narrative driven, first person thriller, which has you navigate through what initially appears to be a museum with the help of a woman, who just like you, has been locked inside due to a terrorist attack. Despite of the fact that The Bradwell Conspiracy, is a brand-new game, in a newly created universe, it is filled to the brim with lore and one of the title’s stronger points stems from the fact that it establishes ‘who?, what?, when?, and why?’ within mere minutes of you starting the game.

The entirety of the The Bradwell Conspiracy revolves around the Bradwell family, and the Bradwell Electronics company, which in 2026, is at the forefront of technological advancements. It is explained that while the firm initially began its life as a consumer electronics manufacturer, selling everything from toasters to computers. It has, in the following years, grown rapidly and expanded into research and development in a number of fields, while establishing itself as the premiere company not just in Britain, but also the entire world with humanitarian projects such as the Clean Water Initiative.

Initially, Bradwell is portrayed as a harmless and victimised firm which only wanted to change the world for the better, while constantly facing struggles from left-wing militant groups. And while The Bradwell Conspiracy does start with a terrorist attack, it is quickly established that the majority of the family has died in a similar attack years prior. This sets a stage for a rather touching and intriguing narrative, which ultimately creates a conflict within you, as soon enough, you won’t be able to choose between the tragedy-stricken family, which has turned to invasive and borderline inhuman measures in order to make a world a better place and the rest of the world, which will ultimately has its privacy infringed upon if The Bradwells are not stopped. 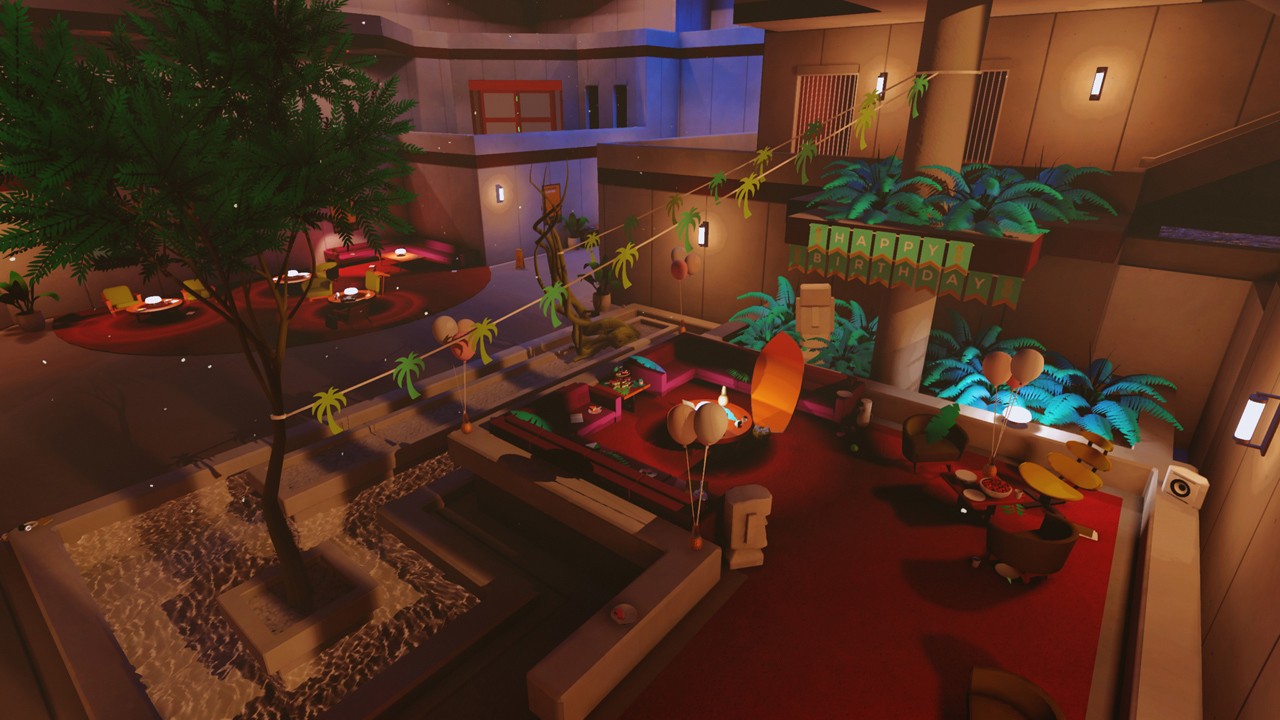 The narrative, up until the final quarter of an hour is simply superb. It is full of intrigue, and gray areas which has you second guess your actions, as well as the ones of the only person who is simply there to ‘’help’’ you. The story is full of twists, and turns, and the closer you get to the finish line, the more complex, and interesting it becomes; whilst the core, overarching narrative grows from strength, to strength – then the same cannot be said about the minute and interpersonal portions of it.

Initially, all the in-game characters grow on you especially quickly, even the Guide, which is an AI located within a pair of glasses. However, as you move along from chapter to chapter, the initially quirky and eccentric characters start to grate on you at first, then irritate you, and ultimately, one of those is likely to drive you crazy. While the development of that particular character did bother me somewhat, then what made it worse is the fact that the game never gave me a choice between that particular character, and The Bradwells. Ultimately, I found myself walking with a bona fide terrorist, which did leave a distaste in my mouth as the final credits rolled.

I hold a particular dislike for the final quarter of The Bradwell Conspiracy, but this does not change the fact that as a whole, the narrative holds up rather well, and is vastly superior to some overhyped titles of the genre, such as What Remains of Edith Finch. My personal opinion, does not affect my judgment in the slightest. I’m not a big fan of the ending, I will probably not return to The Bradwell Conspiracy because of it, but I still had a great time with it, and I advise all of you to give it a go, if you are looking for an inside game to play during this AAA season – especially if you lean to the left of Lenin.

The narrative of The Bradwell Conspiracy can be a little polarising. But what most, if not all, will enjoy about this particular game, is its rather unique visual design. Because as Instagram models would say, The Bradwell Conspiracy is incredibly AESTHETIC. It fuses simplicity of plain textures, with a complexity of elaborate models and this results in a world of fiction which feels incredibly real. The little touches which are sprinkled across the world make it even better and those include things such as a Nondisclosure agreement printed on all four walls of the room, signifying your symbolic imprisonment, if you were to sign it; and the somewhat literal ivory tower, which symbolises Bradwell’s superiority complex, which ultimately leads to their turn from consumer electronic to surveillance.

The world of The Bradwell Conspiracy, while claustrophobic, is incredibly memorable, as it is one of the few games which I’ve played in recent months, where I can actually recall all of the environments – whereas I cannot say the same about the drab, and rather depressing locales of the recent Remnant: From The Ashes. While the world of The Bradwell Conspiracy is definitely up to scratch, then unfortunately the same cannot be said about its technical performance. 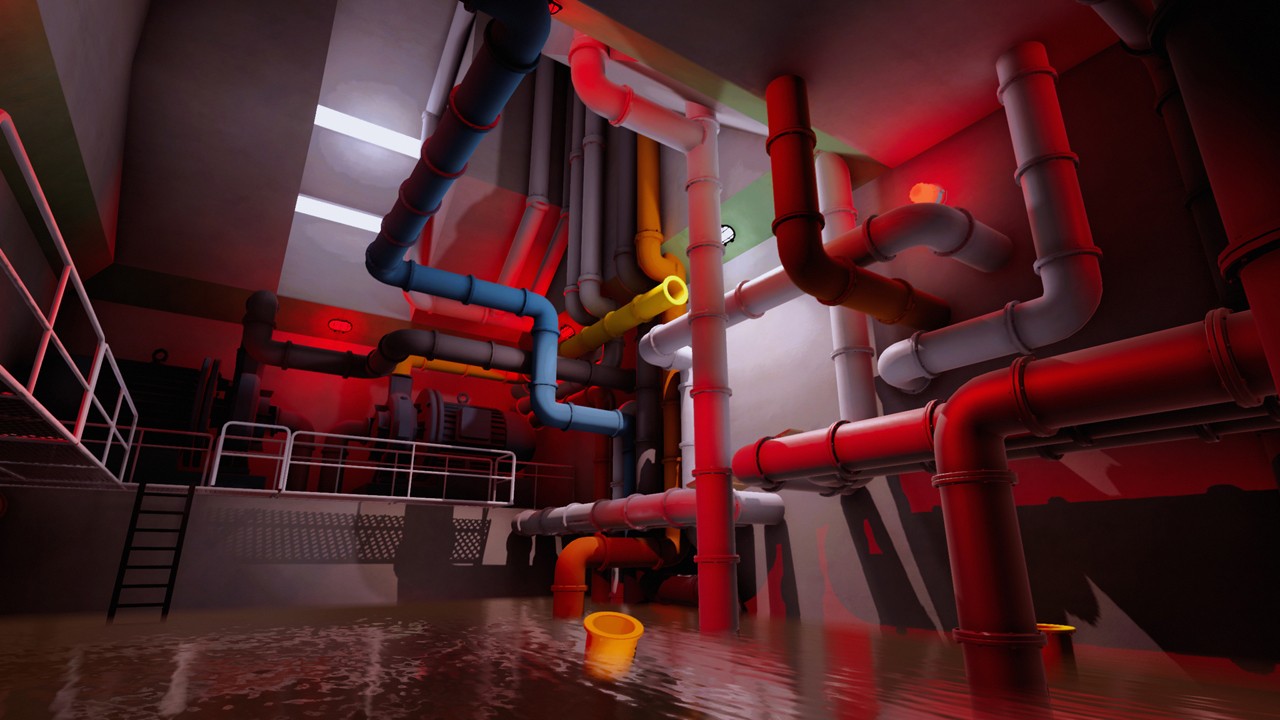 From start to finish, The Bradwell Conspiracy suffers from some rather noticeable frame-drops and those come often, and can reach the low twenties; even the late teens. This can be immersion breaking, especially when entering a new location for the first time, only to have to look at it through a lens of a slide-show. While the choppy framerate is bad enough on its own, then it is not the only low point of the game, as The Bradwell Conspiracy is full of bugs and glitches which can impact your gameplay significantly.

One of the weirder glitches is associated with traversal, as at times, your character can scale up objects, and ledges, which he/she shouldn’t really be able to scale up. What makes it worse, is the fact that this bug is associated with another and the follow-up glitch is related to your character model being stuck in holes, or in-between scenery, forcing you to restart the game. If this happens, you better pray that the game saved before you got yourself into a hole – in every sense of the word – because if it saved after you fell-in, you are going to be forced to delete your save and start from the beginning.

SMP is a tool which allows you to absorb objects and replicate them using substance which is acquired with the absorption of new objects, or collection of blocks of substance. The vast majority of in-game puzzles has you create walkways, mirror blocks, or any other puzzle related items which are unique to individual chapters and are erased from your SMP’s memory whenever you access an elevator. While the puzzles are rather straightforward, and nothing to write home about, then the SMP itself is heaven sent, as due to its rather finnicky nature, which can be infuriating at times, it can help you free yourself from any predicament which you might get yourself into.

Overall, I had a great evening with The Bradwell Conspiracy, as I blasted through it in just under 3 hours. While there were some considerable downs, to the rather sizeable downs, then ultimately, I’m more than happy to say that I had fun with it and in truth, fun is all that games should be all about. On that front, The Bradwell Conspiracy more than succeeds as it has you glued to the screen for the duration for its runtime, while allowing you to forget about the actual world, and the real, government funded surveillance which is taking place each and every second, of each and every day. So, on that front, The Bradwell Conspiracy is one of the better indies to be released in the past year.

The Bradwell Conspiracy is one of the better indies to be released in 2019, even with its polarizing content to be taken into consideration.