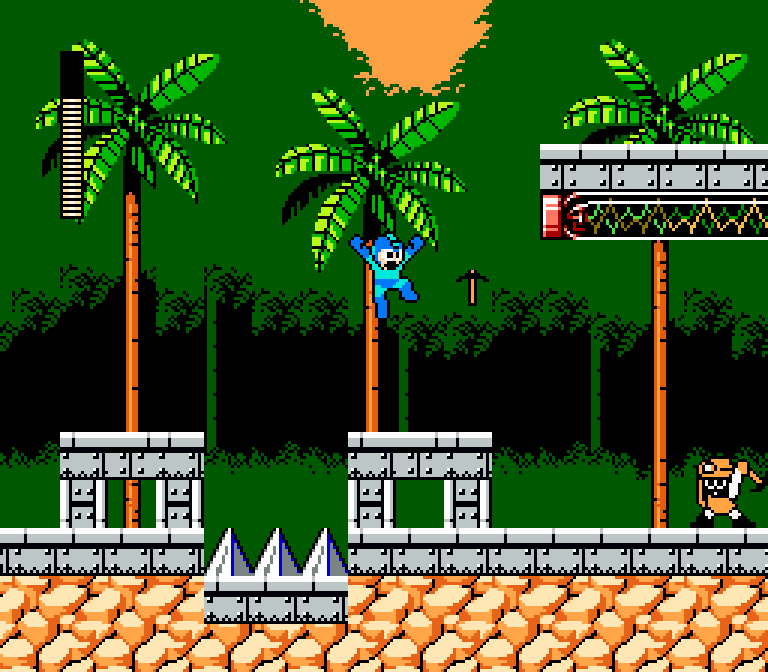 I was 8 years old when I first stumbled across the Mega Man series. I was watching a popular TV show here in the UK called Games Master, and it was here that I first laid eyes on Mega Man 2. It wasn’t until I discovered emulators in my late teens that I actually got the chance to play it for myself, but watching Mega Man on TV at this young age was a profound moment for me as a gamer. Thankfully due to eBay, compilation disks and the rise of digital downloads, I now own all the classic games legally, several times over in fact.

At the time I thought it was a perfect little platformer. It was simplistic in its mechanics of running, jumping and shooting, but it was joy to behold and stunningly executed. For me, Mega Man 2 is the best 8-bit game of all time, closely followed by the other 5 titles in the classic series. You can keep your Mario 3’s and Legend of Zelda’s, I’ll take Mega Man any day of the week.

Not only did Mega Man have a profound effect on me as a gamer, it really fueled my ambitions to be a game developer. Even as a child, I remember having a huge stack of papers in my room with drawings of stages I had designed. I’d invented my own Mega Man clone and spent hours designing courses and traps for him to navigate. These ambitions and sparks of inspiration have stuck with me to this very day.

Given my love for the series and my desire to create games in the original Mega Man style, I was thrilled to bits to discover ‘Mega Maker’. This is a piece of freeware made by a small team of devs (led by a programmer named ‘Wrecking Programs’) and is available now* (PLEASE READ THE DISCLAIMER BELOW BEFORE SEEKING IT FOR YOURSELF). 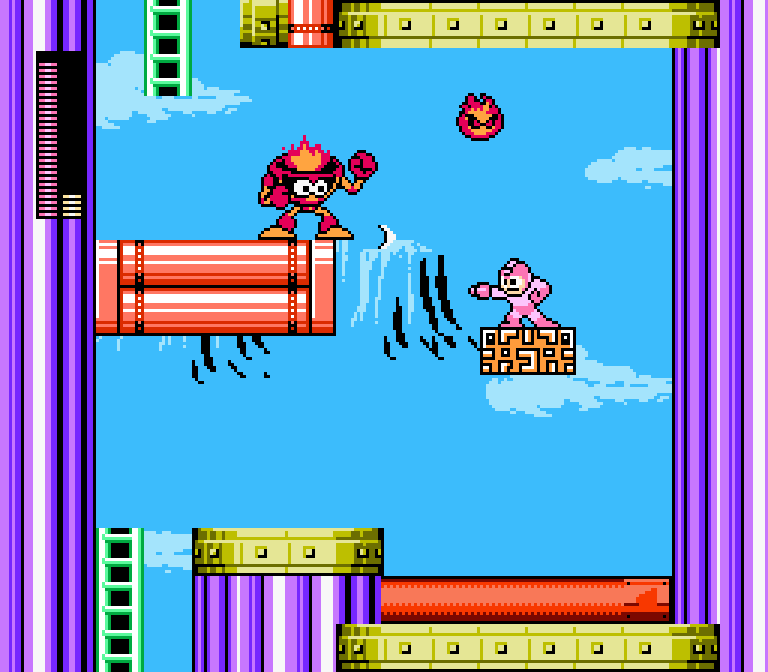 This is an unofficial fan game which is in no way endorsed by Capcom. Despite its status as a fan game, it is absolutely incredible. Like ‘Mario Maker’, this software has a simple to use ‘drag and drop’ facility which allows you to build your own Mega Man levels that look and play exactly like the real thing. I’ve been playing Mega Man for years, and despite the fact that this engine has been completely rebuilt from the ground up, the experience feels completely authentic. The sprite work and music has been faithfully recreated and the controls feel exactly like the originals do.

The building system is easy to use and gives you an a lot of freedom. The tool kit includes a selection of obstacles, enemies, backgrounds, weapons, tile pallets, music and bosses from across all 6 original NES games. Unlike the NES with its technical limitations, you are free to mix these elements up as much as you like. This can lead to some pretty bizarre and original creations.

There are many ways to enjoy ‘Mega Maker’. If you simply want to create stages for your own leisure then you are free to use this software offline. However, if you want to upload your creations for the world to play, you can create an online profile and submit your work to the Mega Maker server. Here people can search for your stages, play and rate them. You are under no obligation to create anything. If you love Mega Man but are not particularly creative then you are welcome to try as many fan made stages as you like for free. 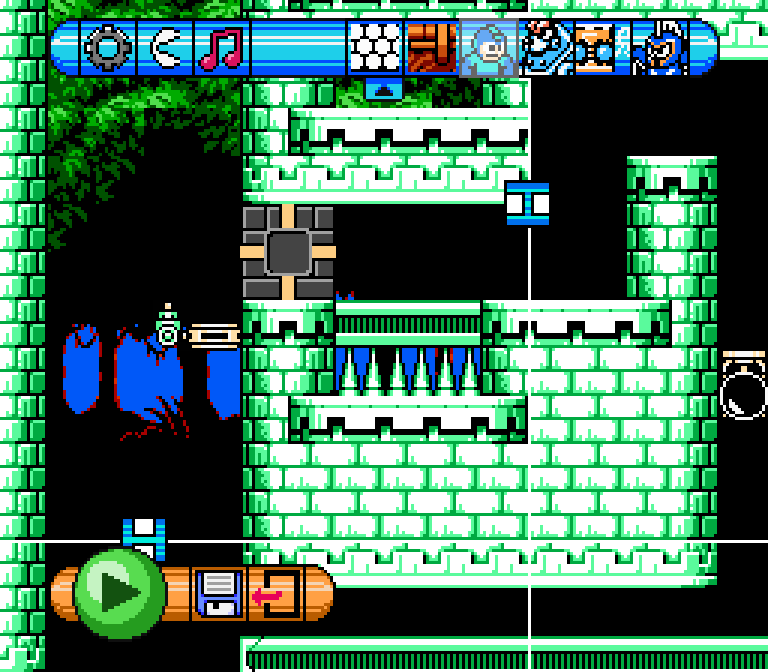 I’ve been enjoying ‘Mega Maker’ with friends and family for a couple of days now and I’m stunned at how polished it is. I wanted to score it a perfect 10, however there were a few points that make this game fall slightly short of perfect…

1) ‘Mage Maker’ doesn’t include everything. What I mean by this is that not every boss, weapon or stage pallet is included from the original 6 games. A selection of robot masters are included as bosses, however other significant bosses such as the Yellow Devil, the dragon and Dr. Wily notably missing. Also there doesn’t appear to be any content included from Mega Man 9 & 10 which were also made in the original 8 bit style. There is more than enough content included here to keep any die hard Mega Man fan happy for years, but it would be nice if the package was complete.

2) At the moment this engine allows you to make stand alone levels. However, I would love to see this expanded out so you can use it to create entire games. If you could make a dozen or so of your own levels and structure them in such a way that they play out like an original Mega Man game, then I would be blown away.

3) Since this program is unofficial, it’s currently only available on PC. Unless Capcom comes along to endorse it any time soon (which I really think they should) we’re certainly not going to see it available on Steam or console in the near future.

*Disclaimer: Before you download ‘Mega Maker’ for yourself there are some important issues that I need to raise. Like I’ve stated above, this software is unofficial and therefore hasn’t been approved or tested by any digital distributer or console manufacturer. Therefore if you decide to use it, you do so at your own risk. Although friends of mine have been using this software without issue, I myself haven’t been quite so lucky.

The first time I downloaded ‘Mega Maker’ my anti-virus software flagged one of the DLL files that it wasn’t familiar with as suspicious and deleted it. Apparently this is quite a common occurrence with this sort of lesser known software and may not strictly mean that there is anything malicious about it. There’s a good chance that this was simply a false positive result, but again I state that you use it at your own risk. The second time I downloaded it I managed to play for several hours, unfortunately after a while my PC suffered a massive crash which required Windows repair tools to recover from. I don’t believe that it was Mega Maker alone that caused this, but I suspect it may have been due to my over zealot antivirus software taking issue with it again. I may have just been unlucky as I was using an old laptop at the time.

It’s such a shame that my PC had problems running it, however I had tremendous fun playing with it on my friend’s computers. I’m extremely happy to be able to make my own Mega Man stages for myself and sincerely hope that Capcom considers releasing an official version for PC and console at some point in the future. It really is an incredible piece of freeware.