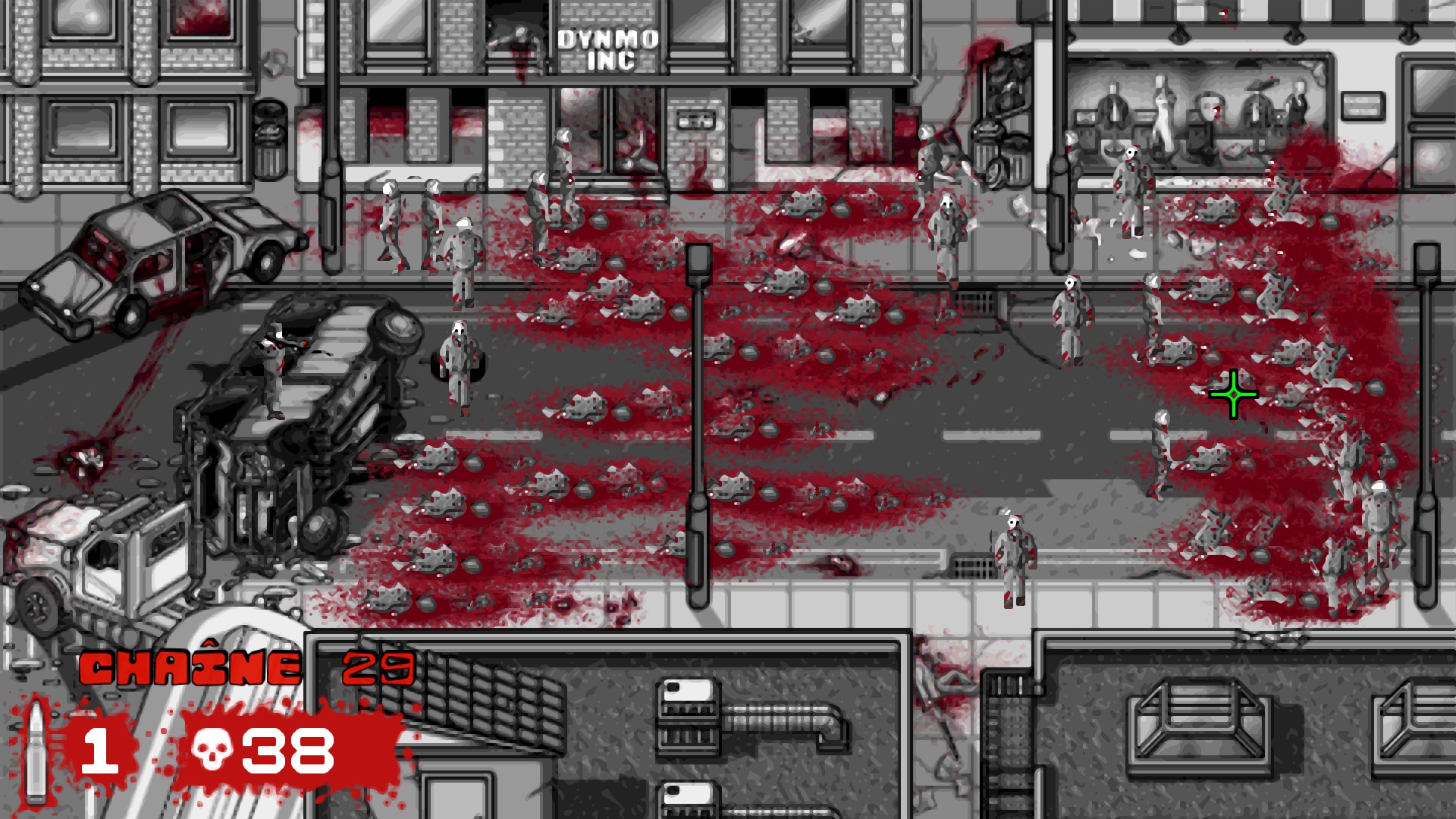 I was never really interested in the whole PlayStation Minis thing. I had heard about a few decent games here and there, but as far as I was concerned, the PSP was for more substantial handheld gaming – I was happy to keep my i-Pod touch for the kind of casual, pick-up-and-play games I usually reserve for toilet o’clock. Having spent some time with Laughing Jackal’s outrageously entertaining, OMG-Z though, I was forced to reconsider my view on the humble Minis scene.

While the title might be a little on the lame side, Laughing Jackal’s, OMG-Z has turned out to be one of the most addictive and perfectly formed handheld games I have played in quite some time. With its distinctive monochrome visual style, great soundtrack and hugely addictive gameplay, OMG-Z is a title more than worthy of a place on Sony’s much underappreciated PSP. 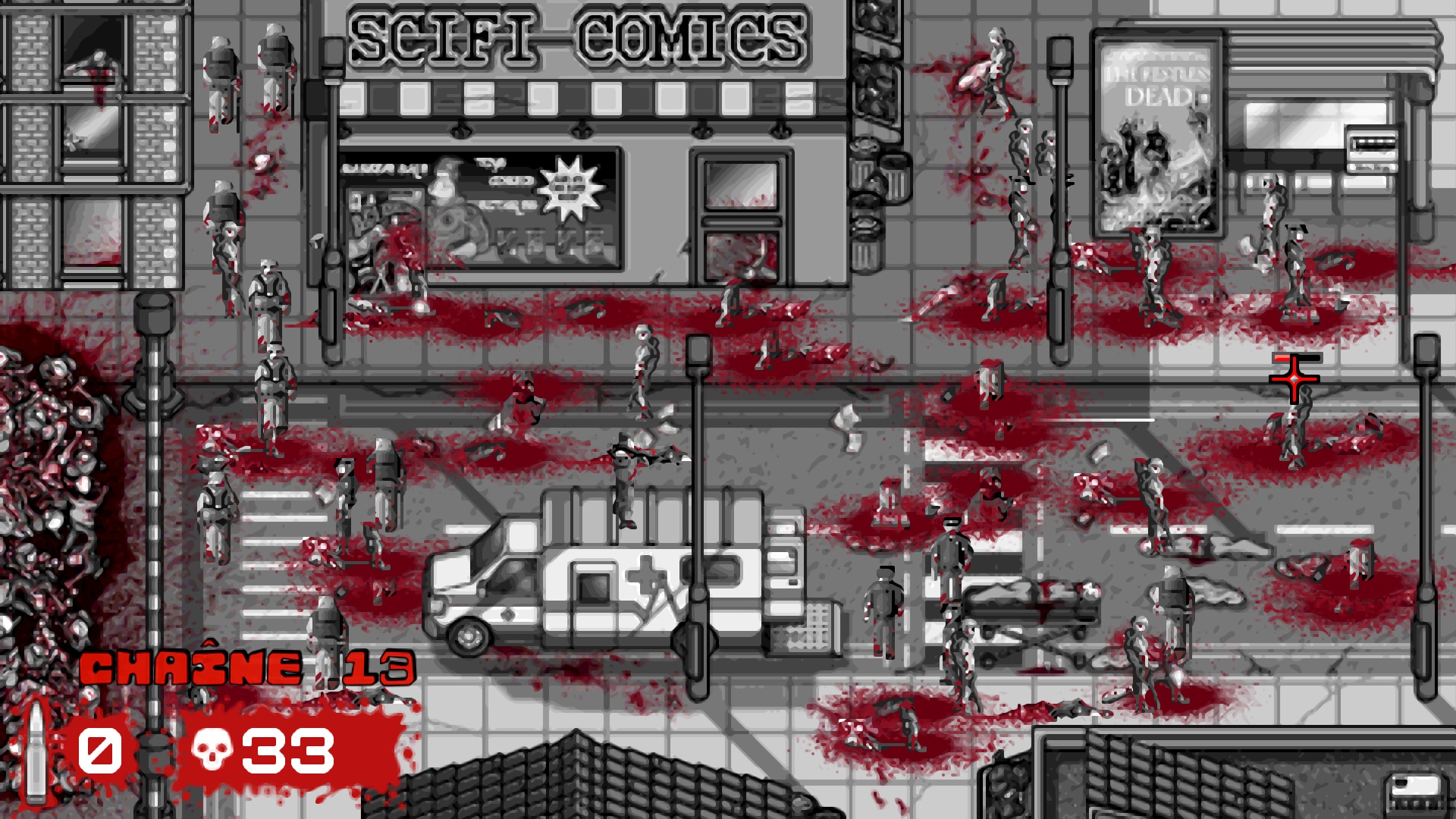 As the last survivor of a downed police force and seemingly the last non-flesh eating resident of Redfield City (surely a sneaky nod to Capcom’s classic zombie-based franchise) it’s down to you and your last three bullets to clear as many of the walking dead off the streets as possible. Three bullets for the myriad of zombies on screen at any one time might seem a little unfair but luckily for you, these zombies have an interesting habit of exploding on contact. That leaves it to you to carefully place each of your three shots to cause as epic a chain reaction of zombie destruction as possible.

If that all sounds simple enough, it’s because it is. While the gameplay never changes for the duration of OMG-Z, it’s the inclusion of specific zombie types and a host of upgrades that keep the game feeling fresh and addictive right through to the end credits and beyond. Via cash saved up by wiping out as many of those pesky brain munchers as possible, you’re able to upgrade your weapons to hold more ammo along with the destructive capabilities of barrels that are littered around many of the levels.

On top of these traditional(ish) upgrades, OMG-Z might just be the only game in which you are actively encouraged to upgrade your enemies. By upgrading your common, garden-variety zombie to a cop, rifleman or spew flinging chubster, you greatly increase your chance of getting the kind of epic chain reaction needed to clear each level. 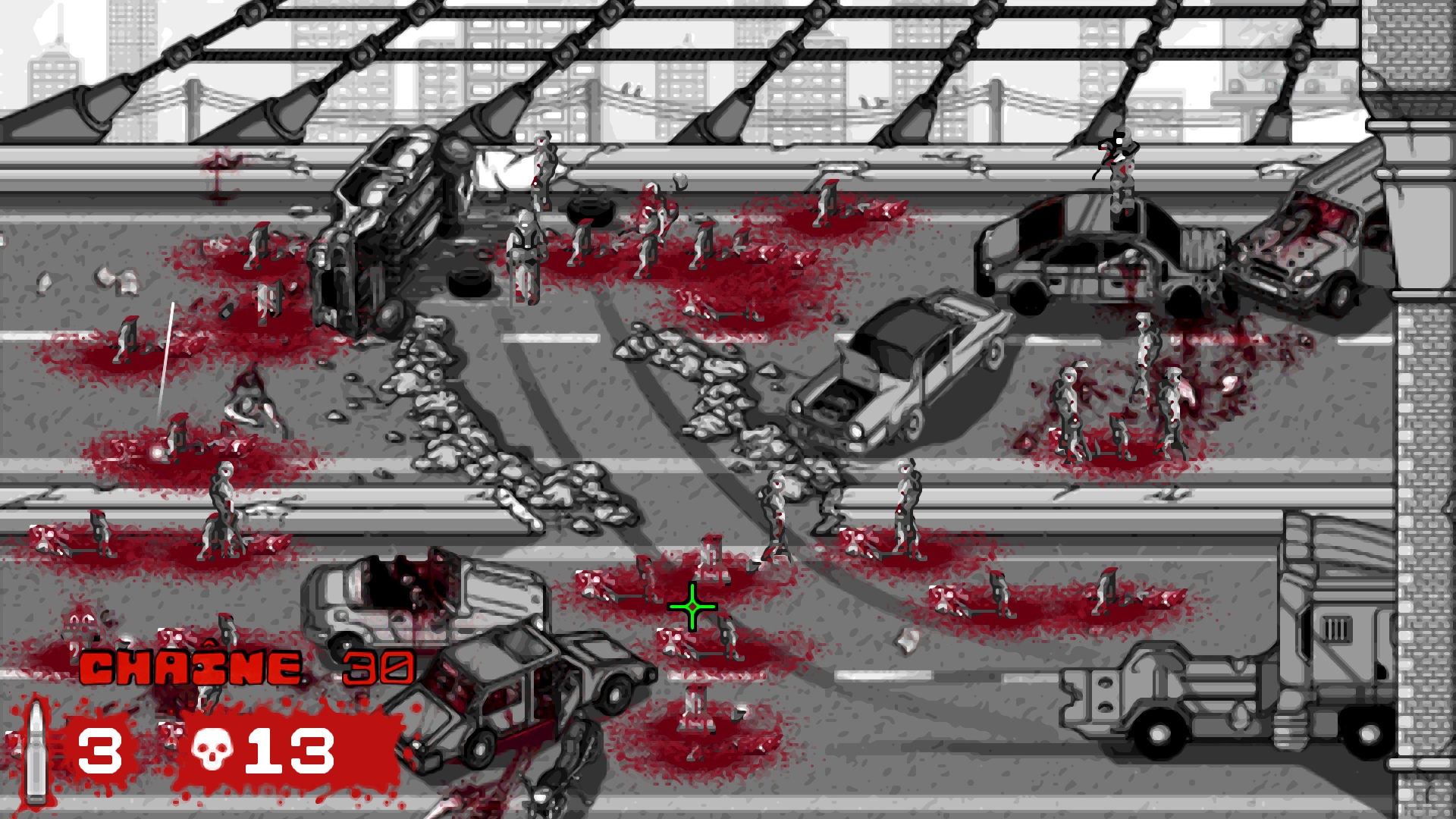 This simple but effective upgrade system adds a pleasing tactical edge to proceedings, while never diluting the addictive nature of the core gameplay. It is also all but essential if you are planning on getting those pesky Platinum trophies. While completion of the game isn’t a huge challenge, earning a Platinum trophy for many of the levels is an altogether trickier prospect, and one of the most compelling aspects of the game. Believe me, even after the credits have rolled, I’d be amazed if you’re not compelled to go back trophy hunting. With its instantaneous restarts and quickfire gameplay,  OMG-Z really is one of the more addictive games released for the PSP in recent memory.

OMG-Z is a perfectly formed piece of on the go entertainment. You can play it for 20 seconds or get sucked in and end up playing it for hours on end. Either way, there’s no doubting the quality of this pint sized classic. Minis title or not, OMG-Z stands as one of the finest games on the PSP and a great example of what can be achieved by a talented group of developers with a  great idea.

OMG-Z is a perfectly formed piece of on the go entertainment. You can play it for 20 seconds or get sucked in and end up playing it for hours on end.