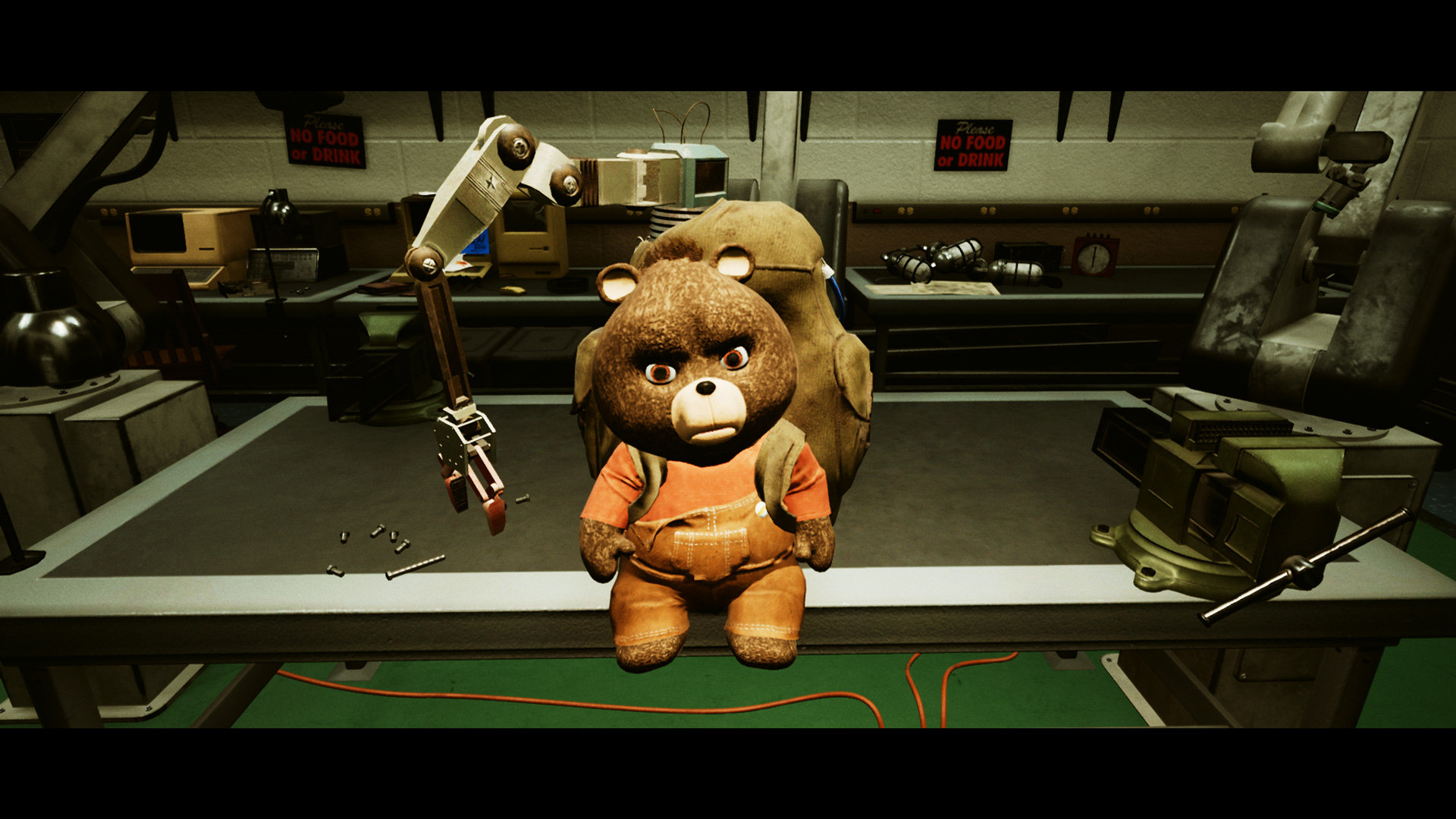 Just like punk, walking simulators are not dead, they just deserve to die. And that’s because they’ve become a caricature, of what they’ve used to stand for. With each and every release, every single title of the genre, got increasingly serious; as each and every developer, and his mate looked to create another Gone Home. And many, including Camp Santo, have managed to put together a meaningless title, which pretended to tackle deep and meaningful subjects, but ultimately stood for nothing, just like Firewatch. However, there is still a light at the end of the tunnel, as others, such as Finish Line Games, still understand what adventure games are about, and with the release of Maize, the developer in question showcased that perfectly.

Any and all, who were to tackle Maize, without reading up on it prior to buying it –  could get an impression that Maize, may in-fact be a horror title. As numerous screenshots are a showcase of an eerie old farmhouse, right in the middle of a cornfield. And inn conjunction with a thick and tense atmosphere, all these suggest that Maize, may be a loose adaptation of The Children of The Corn. Even title’s logo looks ominous enough to persuade one that Maize, might just be another spineless walking sim. But fortunately, with the end of the first chapter, the true nature of the title gets unveiled – and it is simply incredible.

Unlike other ‘walking sims’, Maize is simply ridiculous – in a good way. It’s a title about a nondescript individual solving a deep seeded mystery, within an underground scientific facility, responsible for creation of sentient corn. And if that’s not enough, it later turns out that the entire ‘plant’ is now being ironically run by ‘plants’, and due to need of guidance, it has created an entire socio-political eco system with its own ruler –in a form of a queen — and a villain. And to top it all off, you as a player, spend the entirety of the playthrough working with a sidekick –  who is a Russian teddy bear called Vlady. And the said stuffed animal is sentient just like the corn, but where the plants are mostly incompetent, Vlady is the exact opposite. 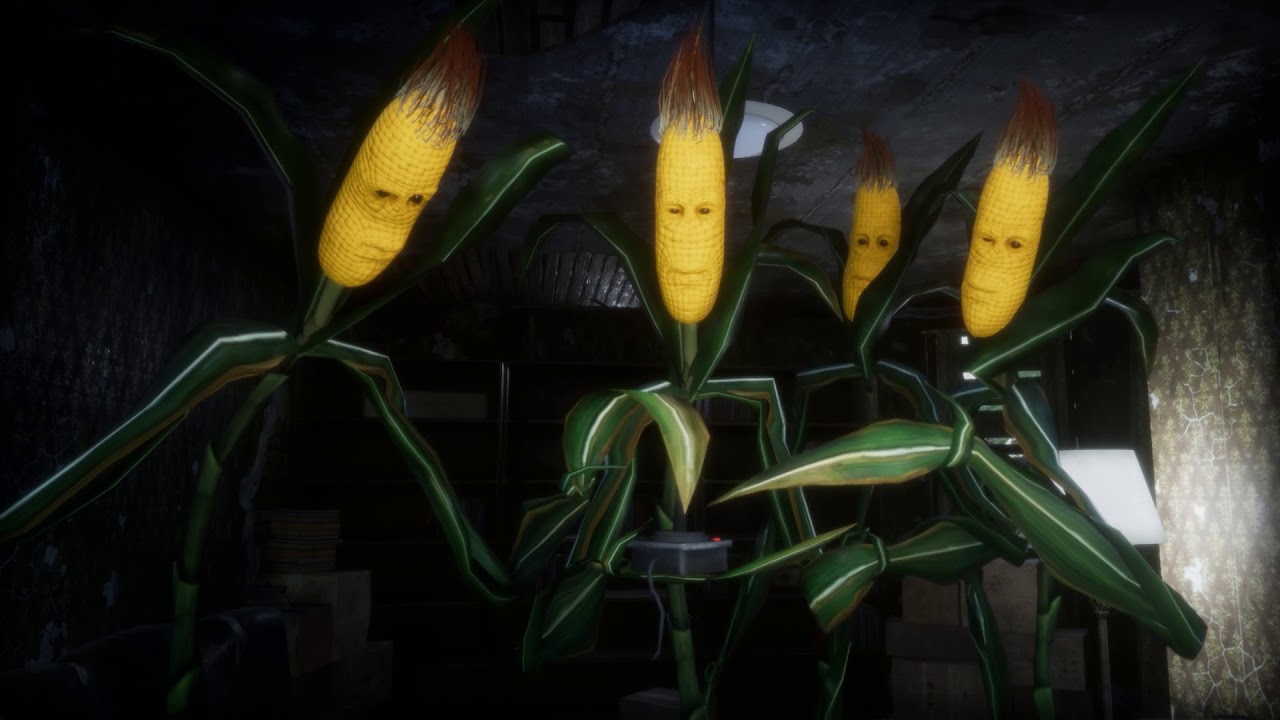 Maize’s cast is just as ridiculous as it is great, but the madness doesn’t end there, as in some instances puzzle solutions are just as ridiculous, as a Russian teddy bear with a military backpack, and a crane arm which is mimicking his emotions as he speaks. For example, one of the recurring puzzles forces the player to create a mannequin in order to pass a security check. And this may involve hanging a tracksuit on a coatrack, and attaching an etch-a-sketch with a shambolic drawing of a face, with a sweaty head band to the top of it. Other puzzles may require the player to smash a priceless Fabergé egg with a mallet, throw a stale crumpet at a hostile, or run a gauntlet while holding a highly radioactive nuclear core.

Once Maize steps on the gas, it never stops. Over the top ridiculousness, and insanity are present throughout, and they’re ultimately Maize’s largest selling points. And while the humour may be cring inducing at times, and some jokes do tend to repeat themselves, in the long run, the title does enough in order to keep on invested into itself. And while it is pleasing narrative-wise, it lacks certain quality in other, vital departments.

Right from the get go, it has to be said that Maize is not the best-looking game on the market. It possesses a lot of high-end qualities, especially within the voice-acting department, but visually it leaves a lot to be desired. It looks especially pale in comparison to other contemporary titles of the genre. As its overall quality is rather sub-par, and low-quality textures are unfortunately a common place for every in-game location. And surprisingly enough, Maize fails to achieve a stable framerate of any kind, despite of its undemanding visual façade. 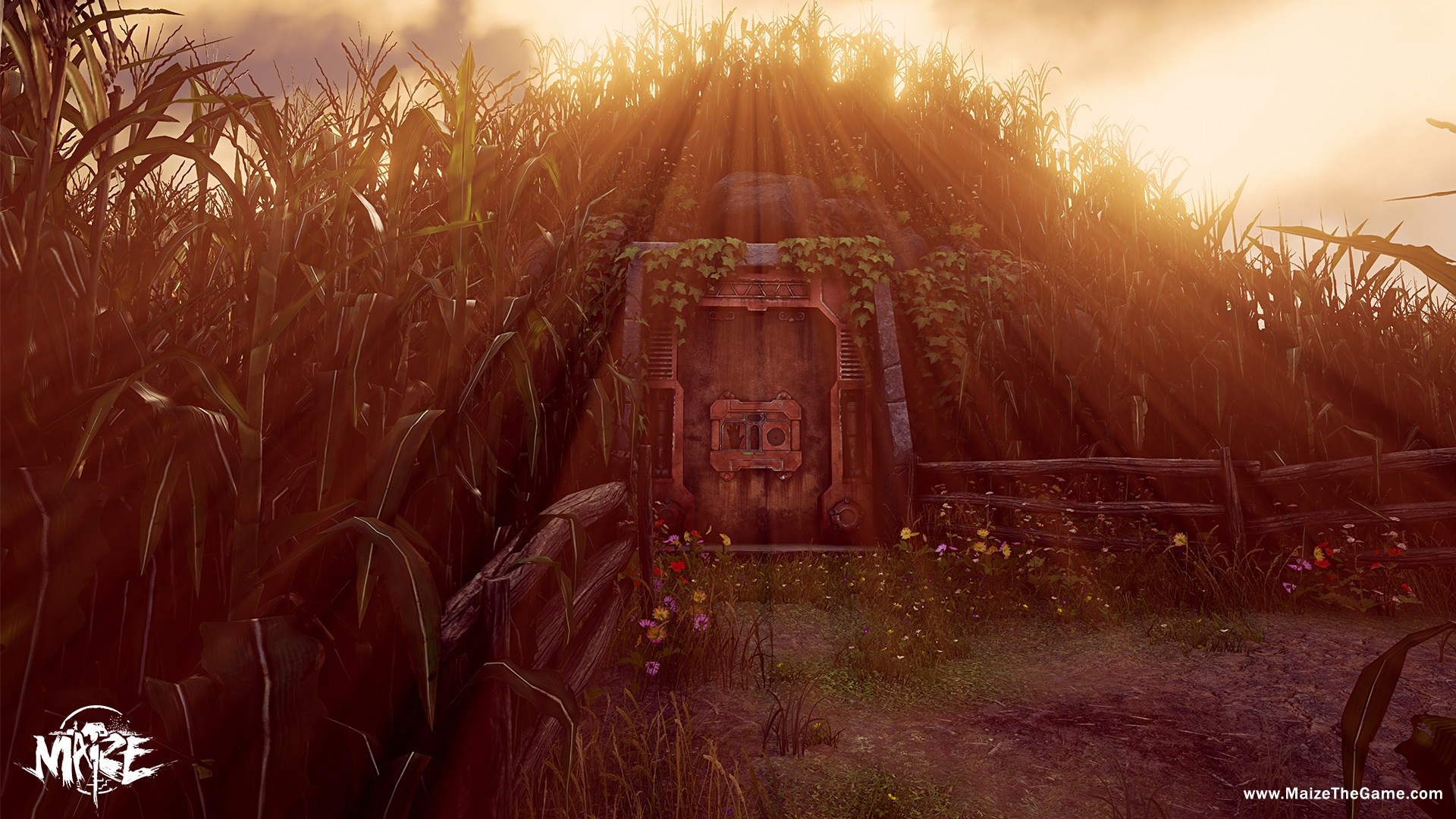 On a technical level, Maize is unfortunately rather underwhelming. Yes, it does a lot of things correctly when it comes to its story, and scene-setting, or even puzzles. But it unfortunately fails in nearly every other department. And while blurry textures and digital artifacting, may do just enough to put some off from purchasing Maize, they’re the only imperfections which this particular title possesses. Clunky animations, texture clipping, disappearing objects, are unfortunately prevalent within the world of Maize. And while immersion may not be the most important thing when it comes to self-deprecating, comedic titles, such as Maize, then it’s lack doesn’t not justify such jarring shortcomings. Especially when one takes into consideration the fact that Maize’s world is rather limited, and that it features a lot of back-tracking.

Ultimately, Maize is as awkward, as some of its humour. Some parts of it are exceptional, whereas others are downright irritating. Some puzzles can be a joy to complete, but their core components, such as the previously mentioned tracksuit, can be an absolute eyesore. And yes, one could argue that games are not all about visuals, but when you come across dozens of PlayStation 2 era textures, which look incredibly out of place, you’ll grow tired of them, and may lose the will to continue. But even if you’ll manage to get past Maize’s visual imperfections, there are still technical issues, such as the inconstant framerate to consider. But neither of the above-mentioned flaws – at least in my opinion – should be significant enough, in order to thrown one off purchasing this rather spectacular, but technically middling adventure game.