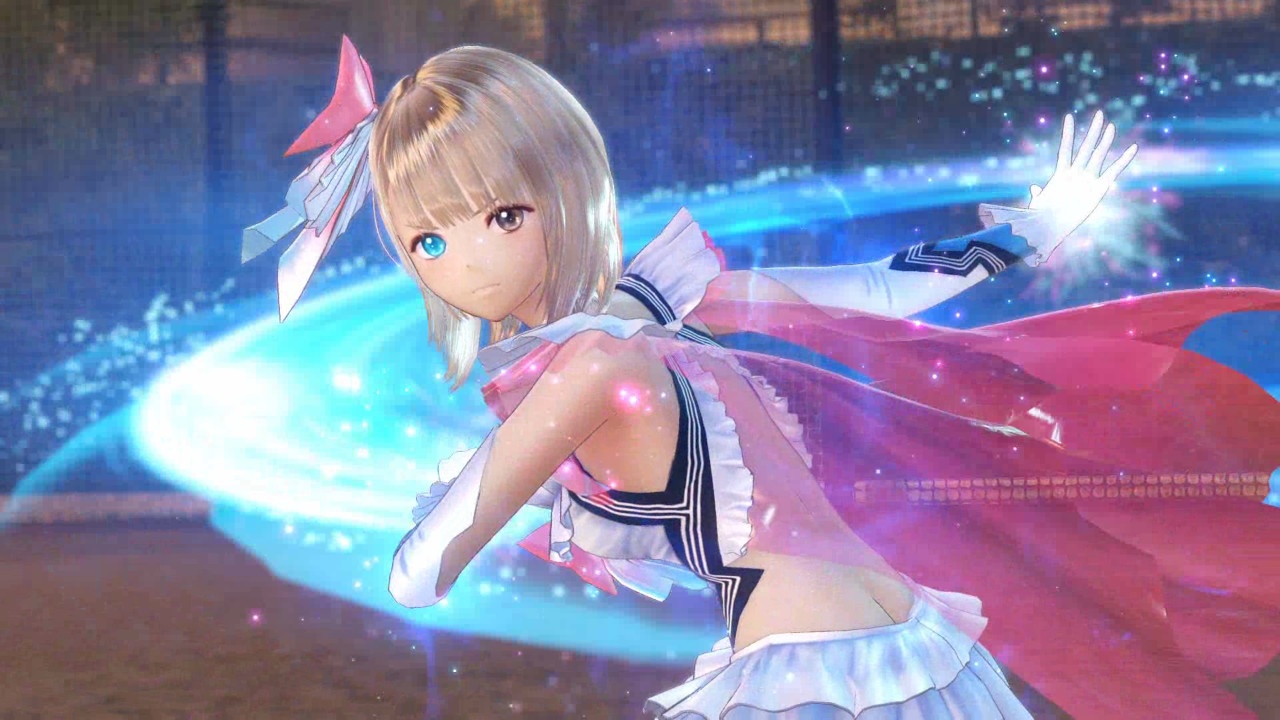 The world is in danger and it’s up to groups of magical girl stationed at different areas around the world that act as singularities in which they can harness their powers. Reflectors, as they’re called, protect Fragments–the physical manifestation of emotions–from Sephirot, demons that would consume them, which are created by head demons called Sephira.

Your main character, Hinako Shirai, has returned to school after a long absence caused by a serious injury. She’ll never dance ballet again and feels as though she had no purpose in life as a result. She’s thrown headlong into the world of Reflectors and is promised that if she keeps the world safe with the help of her new-found friends, she’ll be granted one wish.

Teenagers, in particular, are susceptible to strong emotions and so the setting, an all-girls school, makes sense to a degree. You know, besides the fact that it’s an ideal place for fan service. Hinako, Yuzu, and Lime–two mysterious sisters who seem to know a lot more than they give on–become a glorified counseling service where they solve the problems of other girls who ask for their help by giving advice… and stabilizing the rampant emotions within them.

In order to do so, Reflectors can travel to the Common, an inner realm that houses all human emotion and connects all people. Here, they can make use of their powers as well as stabilize Fragments of emotion. Normally, Fragments appear and disappear with the person’s emotions, but when a person goes rampant (meaning in this context that in the real world they’ve collapsed due to the intensity of whatever it is their feeling) their Fragment becomes a tasty lure for Sephirot. You’re able to walk around freely in the Commons and you can see enemy encounters as they wander the map. There are also points of interest indicated by glittering orbs where you can pick up crafting materials.

Combat is turn-based. The fastest person goes first and some attacks have knockback, which moves the enemy backward on the timeline. Your Reflectors have one attack ability that doesn’t cost any MP, but the rest do depend on strength.  They also learn support abilities which are status buffs and HP/MP recovery. Once you unlock it, you can guard or regenerate MP by holding down the corresponding directional buttons in exchange for a percentage from your Reflector gauge. After combat, your HP and MP are fully regenerated, so there’s no need to hold back.

As a result, I didn’t find battles terribly challenging even on the hardest difficulty. Where they really shine is versus the giant, grotesque Sephiras, which will threaten the school on occasion. These behemoths require you to charge up your power and use your guard and overdrive properly lest they mow you down and they’re a refreshing change from the regular monsters, which tend to be recolours of the ones you meet early on. 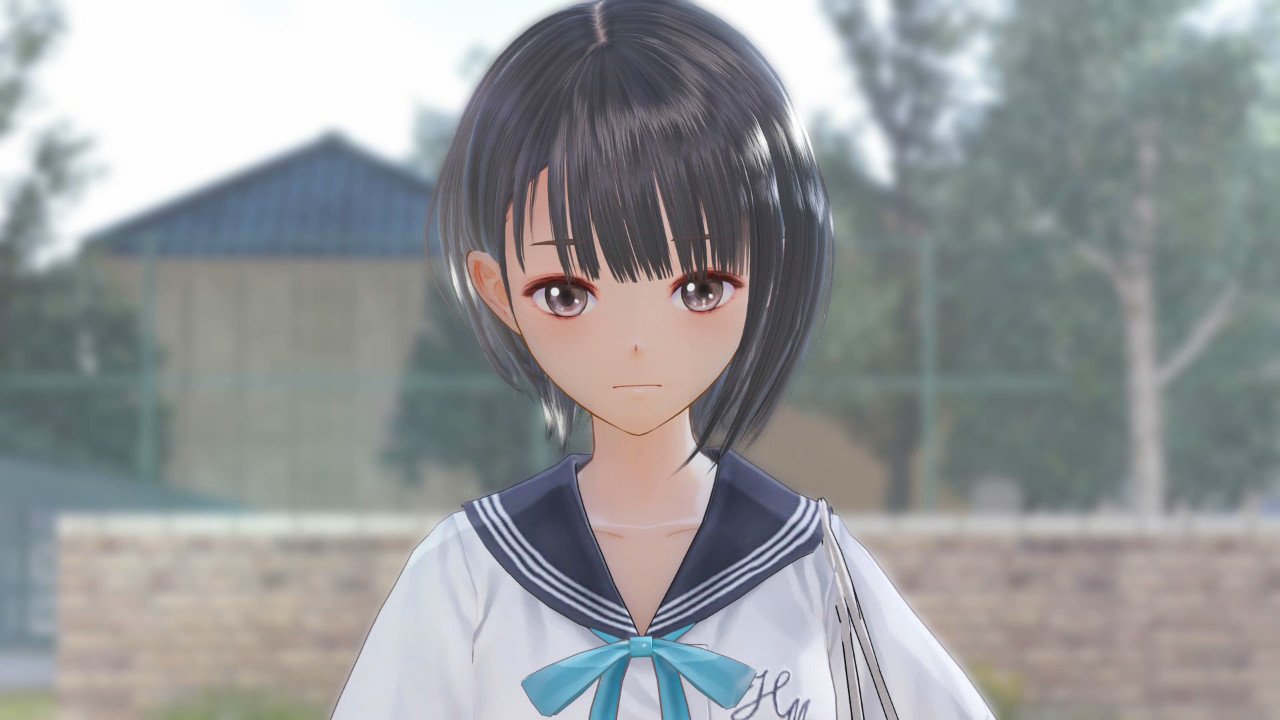 The game does do something a little different in terms of party management. In lieu of experience points, the game rewards you with growth points for completing missions, befriending girls, and making the story progress. These can be spent on one of four stats, a combination of which results in learning new and powerful abilities. Equipment consists of the Fragments earned from the initial stabilization of girls in the Commons and also from interacting with them in the real world. Fragments have a variety of effects and can be used to enhance your abilities. Items cannot be used in battle, but any time outside of it. There’s no store in-game, but you get them as mission rewards and can craft a limited selection of them at Points of Perception found in the Commons. As such, items don’t restore health; instead, they provide temporary buffs or permanent stat boosts. Otherwise, they can be used to strengthen Fragments which can also only be done at Points of Perception.

The gameplay loop is as follows: go about your normal day, completing missions and checking your phone to play the popular Freespace game, Dark Cave–> you’ll be introduced to a new girl who you’ll need to stabilize and the story will progress–>stabilize the girl and the story will progress–> repeat. In the interim, you’ll be going on dates with the other girls and strengthening your friendships, preparing for school the next day once you’re home, and battling giant Sephiras out in the real world periodically–once enough progress has been made.

Blue Reflection takes some inspiration from Persona’s social link system where befriending a person makes them more useful in battle, but that’s where the similarities end. There aren’t many decisions to be made beyond the initial chat with the girl you stabilized, and “dates” consist of going to some random location and chatting. Yuri relationships are suggested at, but I have yet to see any actual romance between characters.

While the premise is fascinating, the delivery leaves something to be desired. The main story encompasses the team of three Reflectors and the emotions of the other girls they befriend during their own real-life struggles. The main character, Hinako, empathizes with them and it is through each stabilization that you learn a bit more about what she’s going through as a retired dancer. Lime and Yuzu, who seem to know a lot more than you do, sweep things under the rug, promising to explain later–but later never comes. What ends up happening is a series of interconnected story strands featuring the girls you recruit to your cause that is laid over the main plot, which soon becomes too convoluted to make heads or tails of. As someone who has played several JRPGs over the course of my gaming career, I was personally put off–especially considering the game is very story-heavy. 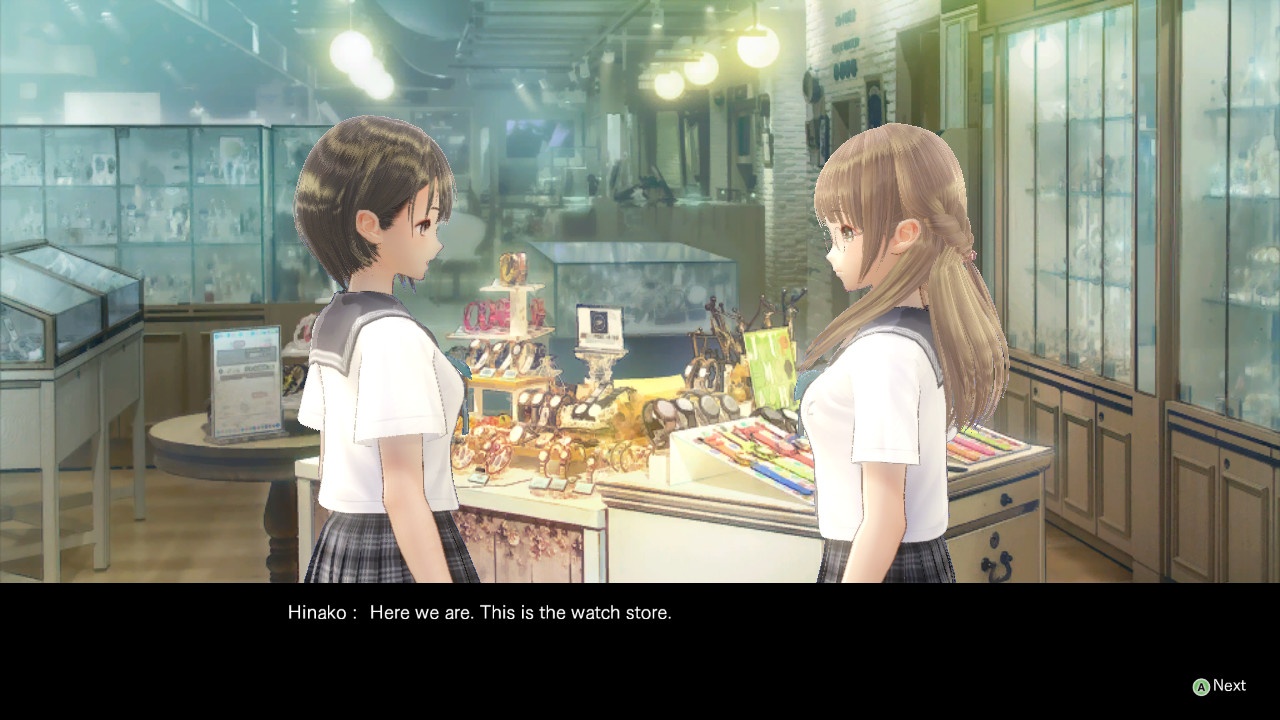 Blue Reflection relies heavily on anime stereotypes, so expect a strong lack of adult presence (Hinako lives alone, I guess, because she never even references her parents), girls in short skirts, shower scenes, the camera panning upwards during cut scenes for no other reason except to give posterior shots, anime girl archetypes (the painfully shy one, the outgoing sporty one, the cool and calm one who is incredibly popular, the tsundere, etc) and more.

The individual stories of each girl are interesting, particularly learning what their innermost thoughts are

The music is good and you can select tracks to play from the jukebox. New tracks become available as you progress.

The smart phone and its apps. The chat function is amusing to read and the monster raising mini-game is cute.

The game is very slow to start with a ton of exposition before you actually get to explore the Commons and interact with the other girls.

No option to speed up or skip battle animations. This was the biggest con for me as it bogged down combat. The attacks were usually some variation of the character twirling, pointing their finger or weapon, and shooting out a beam anyway, which wasn’t very flashy or impressive in the first place.

Exploring the Commons is dull. Since you don’t get experience from combat, it’s best to just avoid it entirely and pick up orbs to activate the Fragment fight so you can get out quickly.

Lack of mission variety. They consist of either killing a target/targets or picking up a number of objects.
No English voice acting available… or any other language, actually. Just Japanese.

The text has spelling and punctuation errors. It’s also weirdly aligned, wandering all over the bottom of the screen rather than remaining in the uniform confines of a text box. This results in some words getting broken up and single letters spilling into the next line in some cases. It just looks sloppy.

If you’re a fan of anime, you may be a fan of this game. If you aren’t and you’re simply looking for a solid JRPG, you may want to pass on this one. Blue Reflection is a competent turn-based RPG, but it’s missing vital options that would improve quality of life. Its story, while riddled with clichés is interesting enough, but its delivery is not particularly strong. It’s average in all aspects and the most fun and interesting parts of the game are unfortunately short-lived.