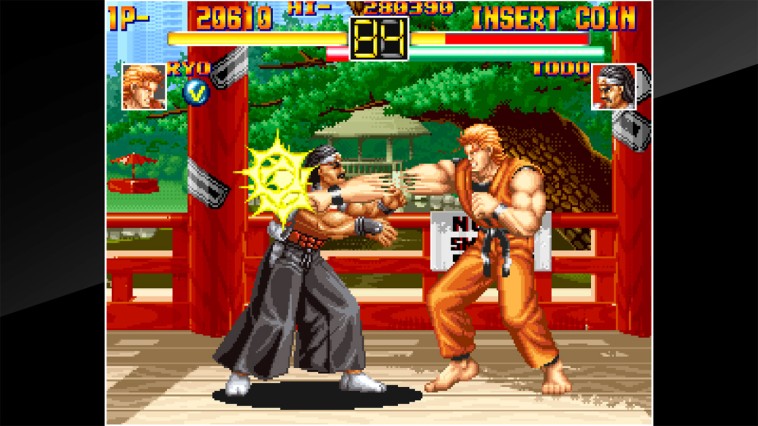 When you look at King of Fighters, you realize, pretty fast (and with minimal research) that several games combined into making the roster. Obviously you’ve got your Fatal Fury team, and then several smaller teams from other franchises, but the Art of Fighting crew holds the second biggest spot. Yet, when you look, the Fatal Fury list is significantly longer than Art of Fighting. What gives? Why were there so few incarnations of this other fighting dynasty? The answer, in my opinion, is because the Art of Fighting is fairly terrible.

Let’s back up. Art of Fighting is pretty straightforward in the plot: a big bad guy has kidnapped someone’s sister, and you want to get her back. You can start the game as either Ryo (the kidnapped girl’s sister) or Robert (Ryo’s best friend), and then fight your way across the world to get stronger and eventually take on Mr. Big, which is the most overused name for someone in the history of media. You take some time to master various forms of karate in order to take on Mr. Big, and…well, I mean, you don’t really train so much as fight a bunch of dudes. And ladies, can’t forget that you get to punch fighters of both sexes. 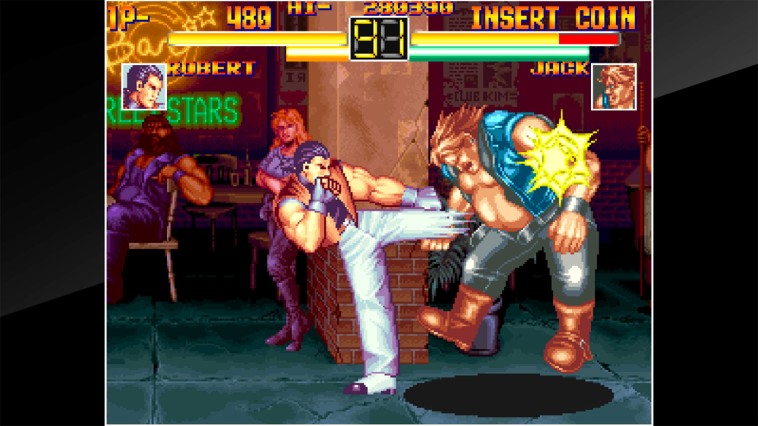 On the surface, Art of Fighting looks pretty great. The graphics are a lot more detailed and feel livelier than the earlier Fatal Fury games. Whereas Fatal Fury offered more of a focus on the stage as a whole with the fighters being actors, Art of Fighting is concentrating on the fighters themselves, even having a dynamic camera shift to bring focus in on the fighters when they get closer to each other. The result is making it feel less like a stage production and more like a movie, complete with dramatic zoom and a lot of closeups of the fighters. To add to this, the Art of Fighting features a taunt system, a dedicated button that eats up a couple seconds at the cost of your opponent losing some of their spirit energy. The spirit energy is necessary for special attacks, including the super attacks (only unlockable through bonus stages) and desperation attacks (your health is low and you’re gonna die). So the importance of special attacks, as you may have guessed, is important.

In fact, it’s too important. The Art of Fighting, ironically, is a lot less about good fighting technique and more about doing special attacks. Even at low difficulty, the AI is very tenacious with getting in hits, combos and throwing up successive blocks. Casual fighting fans will be very turned off by the aggressive and relentless nature of the very first combatant, who is basically just there to gauge your strength and test you. However, once you get past him, it’s a matter of survival till you get to the first bonus stage. Accomplish this and unlock a super attack and it’s all easy street straight till the end. Most of the combo moves have absolutely no blocking allocation for a super move, so it stopped becoming a matter of skill at that point. You know how that one kid just sat in the corner throwing sonic booms in Street Fighter 2, and you hated him? You become that kid, and it’s the easiest way to survive.

Art of Fighting is also one of those games that’s really only enjoyable in two player mode. Once you have someone else to throw down with, you can relax and enjoy a pretty good spread of fighters, each with some different techniques and styles, and it’s actually quite fun with the right mindset and narration. Single player, however, is so damn boring, because you can ONLY be Ryo or Robert. I don’t like either of them. I don’t care that Ryo is the main story protagonist for all three Art of Fighting games, I find him stale and his fighting weak, and that’s not helped by getting my ass handed to me time after time until I scale the cabinet difficulty down to “2.” A game should absolutely be inclusive of multiplayer activities, but if that’s the only way to enjoy the game then I’d argue it’s being done poorly. 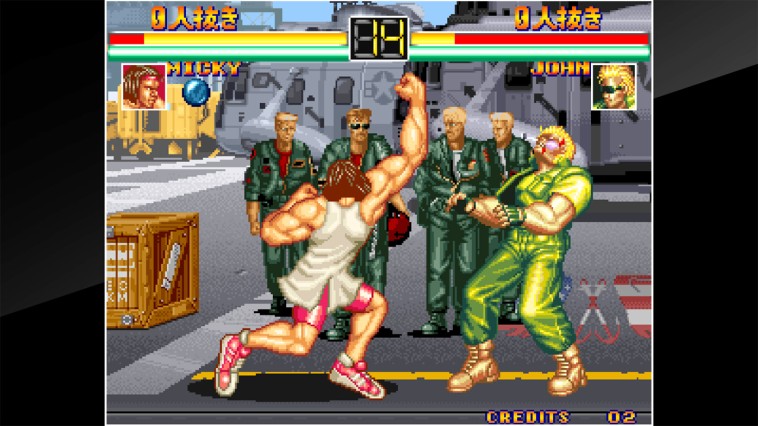 And, again, Hamster, I’m begging you to work on some kind of online matchmaking system for these titles. I feel like there’s been a lot of success in the emulation scene for making games from all systems cooperate online. Dolphin did it, the No$GBA people did it, and I’m sure Citra and the guys for RPCS3 can figure it out at the rate they’re going. These games, a lot of them, depend and rely on two players, and they’re a lot more fun as a result. I don’t expect miracles, like recoding Spin Master to have drop in co-op, but something where you can fight another person with Art of Fighting without needing to haul them to your house. Let’s work on it, we’d all benefit.

Art of Fighting is an artifact of the fight scene, and notable for being both a prequel to Fatal Fury as well as a founding part of King of Fighters. But man, I really think it’s not an enjoyable fighting game on its own. The cameras are weird, the fighters are unbalanced and the execution of super attacks totally unhinges the fighting aspect. There are so many great NEO GEO fighters already on the Switch: why not pick another?