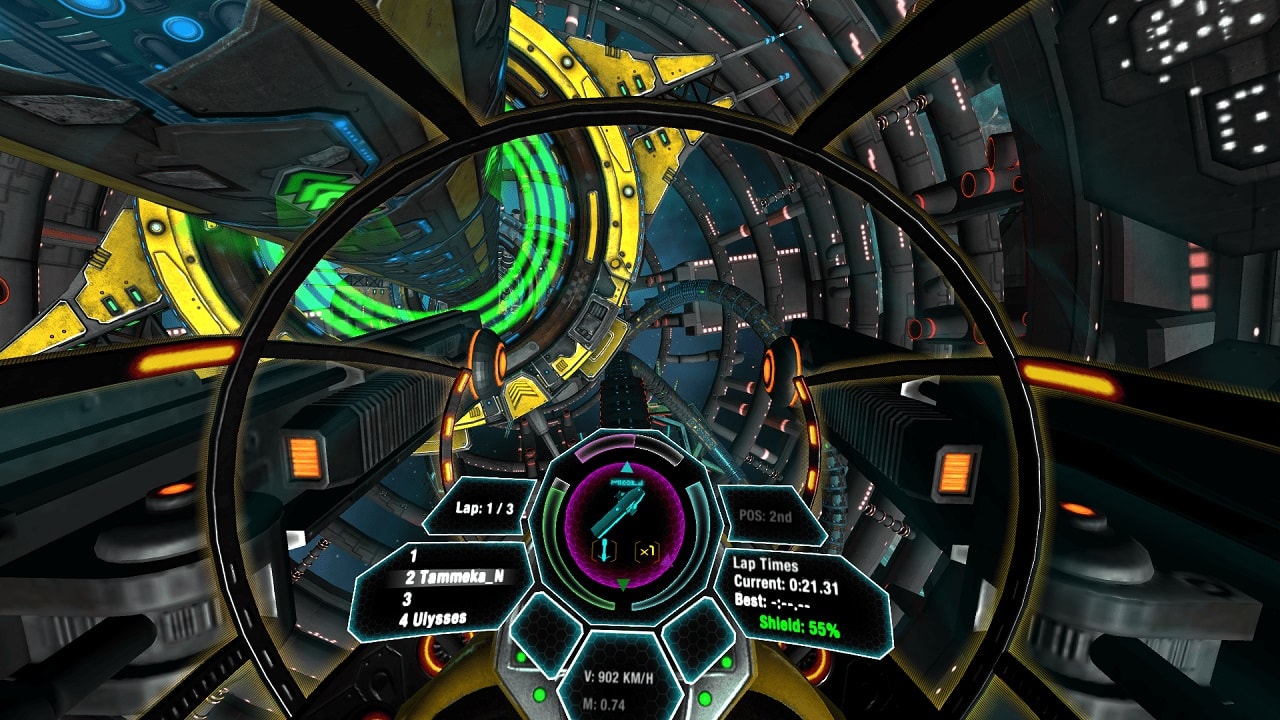 If you have ever read any of my game review’s then you will be aware I’m a big fan of the PSVR, I’ve been gaming since the days of purchasing Spectrum code magazines from the local shop and spending a blurry number of hours typing in billions of numbers, letters and various other symbols to create what can only be described as crap. So, I have been an avid follower of gaming for years and appreciate anything that challenges the norm and ups the ante for gamers.

So, when Sony introduced us to the PSVR I knew this was going to change gaming forever, an affordable everyman’s VR with a level of immersion not yet matched. Don’t get me wrong there has been some shockers since its release but ultimately it’s heading for a bright future, so unfortunately my next game review has managed to bring my expectations back down a level or two and demonstrated VR is a rocky path and an ongoing process.

I don’t like to start off a review with a negative but after a year of PSVR I expect a little more effort and polish to my VR games and experiences especially if your pricing your game at £25 but unfortunately Radial G just doesn’t warrant that price tag and will suffer considerably because of it.

Graphically it is a very colourful neon environment and in places can be very stunning indeed but it’s nothing we haven’t already seen before and better; the cockpit is nicely set out but is very sparse and after having just reviewed End Space and its cockpit credentials it feels a little underwhelming. Your graphical hands are there holding the joysticks but mimic no hand movements and a heads-up display shows your weapon options, and that’s about it. 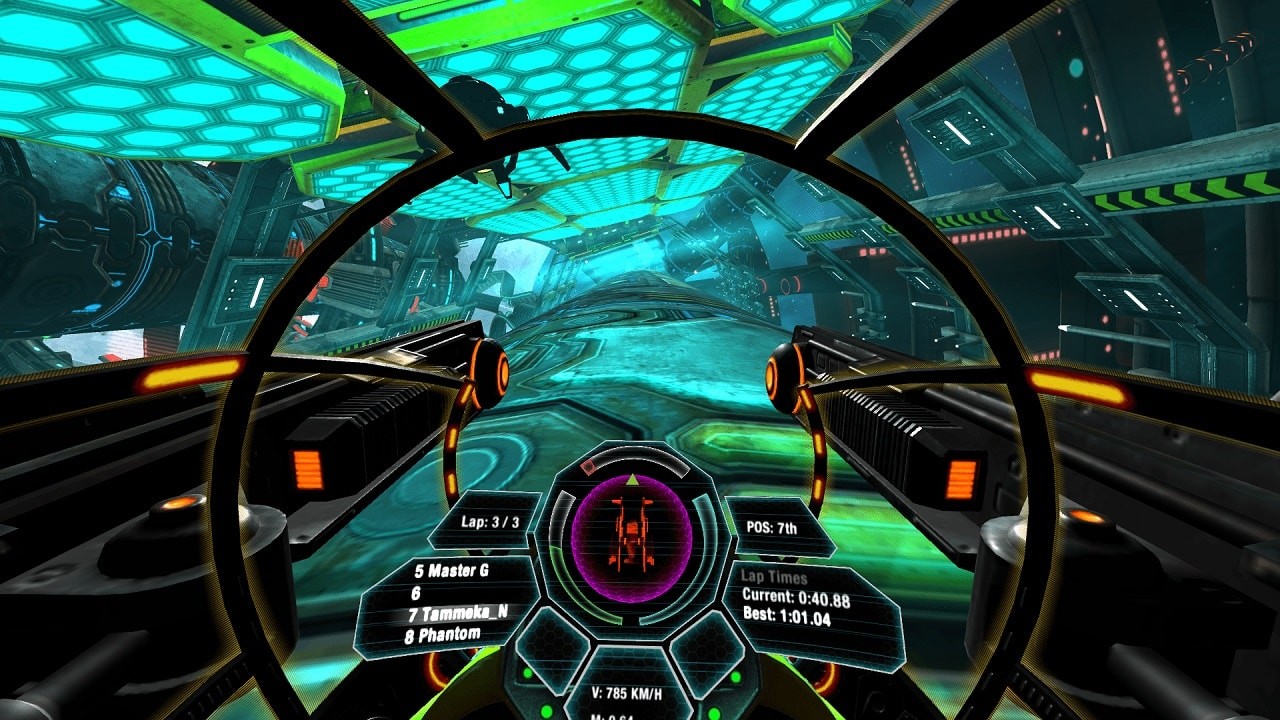 The tracks are very well designed and must be one of the highlights of the game especially in VR as looking around full 360 while travelling at speed (once you have hit enough speed plates) on a colourful rotating cylinder can be very trippy, and surprisingly I had no ill effects from so much spinning around but that’s not to say some might not suffer.

The premise of the game will be no surprise if you’ve ever played Wipeout, your challenge is to beat either the A.I or real opponents in multiplayer by racing around bright rotating cylinders while trying to place yourself over boost spots or weapon collections plates to gain that extra advantage, all while trying to avoid red dead spots, opponent’s weapons and at times missing sections of track. The earlier tracks are obviously training levels due the simplicity of them but with progression the later levels become a little more challenging.

However, they never feel like your being over challenged and you very quickly realise you’re a participant in what could be almost be a Telltale racing game as your interactions required to winning races are very minimalist and at times not needed. On a second positive note, I would normally mention a games soundtrack briefly stating its ok and requires no further lengthy comments but the music you have during racing in Radial G has been really thought through as it fits perfectly with the gameplay and at points outshines the game itself.

Single player offers a good selection of challenges ranging from time trial through to elimination but again there’s no real innovation or new gameplay aspects, also the 18 stages on offer certainly won’t take up much of your time – I’m currently about half way through and just hitting over the hour but you could extend that by messing with the various upgradable vehicles on offer. 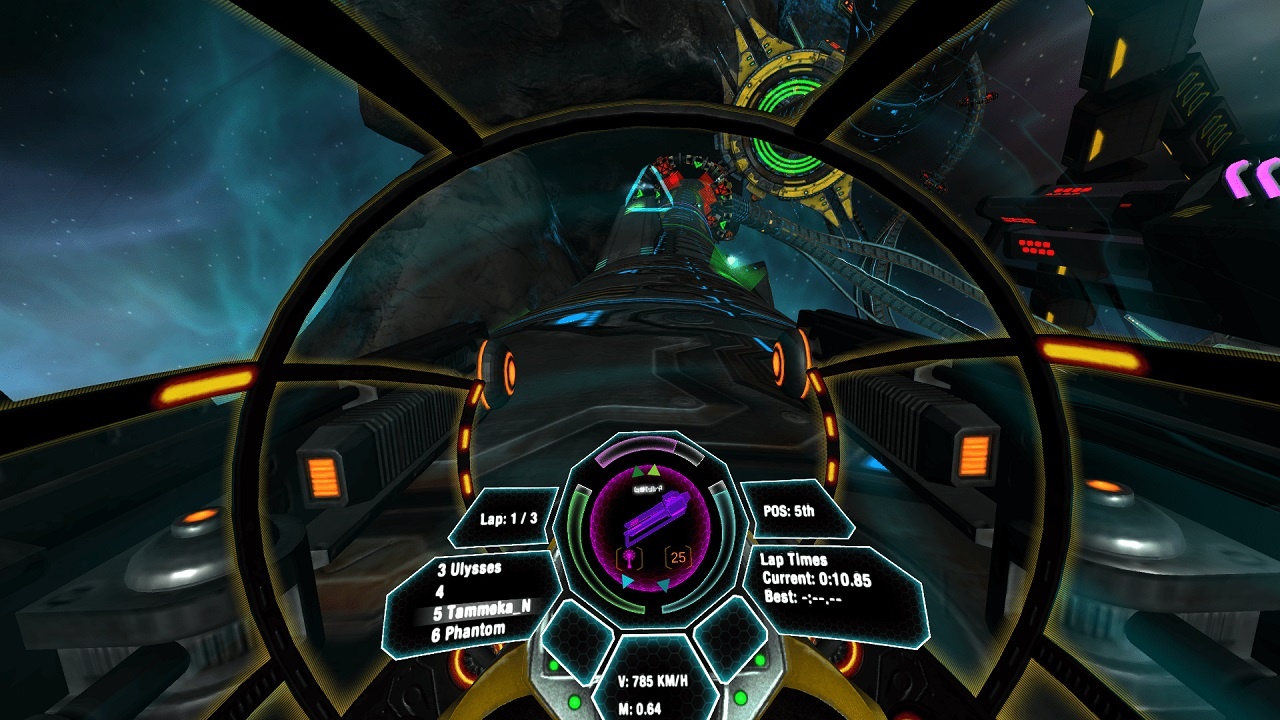 One thing that developer Tammeka have added is the option to play in non-VR, something I would normally ignore as if I’m purchasing a VR game I want to play it in VR. But with the ability to opt out of cockpit view and have the traditional chase cam it does bring the game up another level and certainly helps when viewing the oncoming obstacles and track layouts, but the comparisons with Wipeout while playing this way can’t be helped and shows Radial G’s lack of originality and its glaring faults.

Overall Radial G is trying its best to fill the gap until Sony pull their finger out and announce Wipeout PSVR and in some ways it does, but it’s lack of any real gameplay, its basic level progression and underwhelming challenges demonstrate no one can achieve what Psygnosis did back in 1995 with the original Wipeout, but to be honest I’m happy to keep trying these anti-gravity racers until somebody does, they do say imitation is the sincerest form of flattery and through all if it’s faults Radial G doesn’t do a bad job.

However, one thing that deserves a paragraph on its own is the asking price as its just unacceptable for what is offered. I do realise I haven’t been overly complementary about Radial G and I hate being so negative about any game as a realise the effort put in by many people to bring it to this point but it’s bad aspects certainly outweigh its good and because of that glaring fact it can’t be ignored.

If you’re a fan of Wipeout and money isn’t an issue then try it, see if you agree with my review but personally I would wait for a considerable price drop or its arrival into the PS monthly freebies.