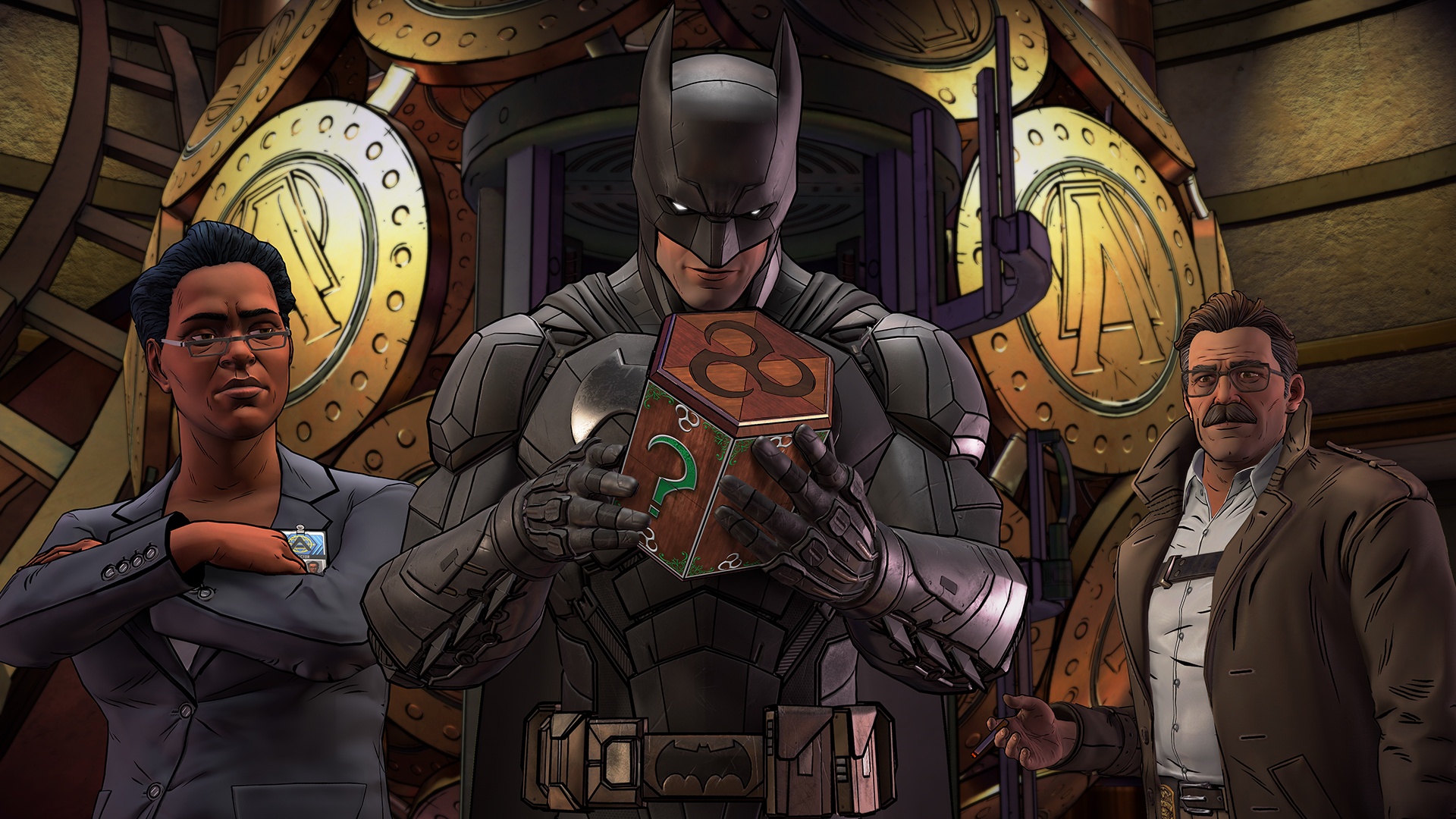 The very first episode of Telltale’s Batman: The Enemy Within, was simply incredible by modern standards. It presented the player with a short, yet cohesive and complete story, while also developing additional plotlines, which would persist throughout the entirety of the series. And after such successful premiere, many have expected that the remainder of the episodic series, related to the caped crusader would be just as good, if not better. But unfortunately, the second episode in the series, titled The Pact, is a complete antithesis to what came before it.

The initial episode of The Enemy Within concentrated on a single villain, The Riddler, while slowly introducing additional themes, plotlines, and most importantly characters. And by the time the final credits have rolled, one would be satisfied and fulfilled with what was on offer. And that’s because everything within the first episode of this particular series made sense, as the entirety of the two hour or so adventure concentrated on one villain, and one villain alone. Whereas the most recent second episode, has muddied the waters as within a much shorter lifespan, it has featured an entire cast of rather half-baked anti-heroes.

Depending on one’s approach to The Pact, it should not take anybody longer than ninety minutes to complete the entirety of the episode.  And due to the rather meager duration of this particular installment of this episodic series, everything feels rushed, and the episode comes across as sloppy, and underdeveloped. And cynics could say that Telltale has finally returned to its roots with The Enemy Within’s The Pact. 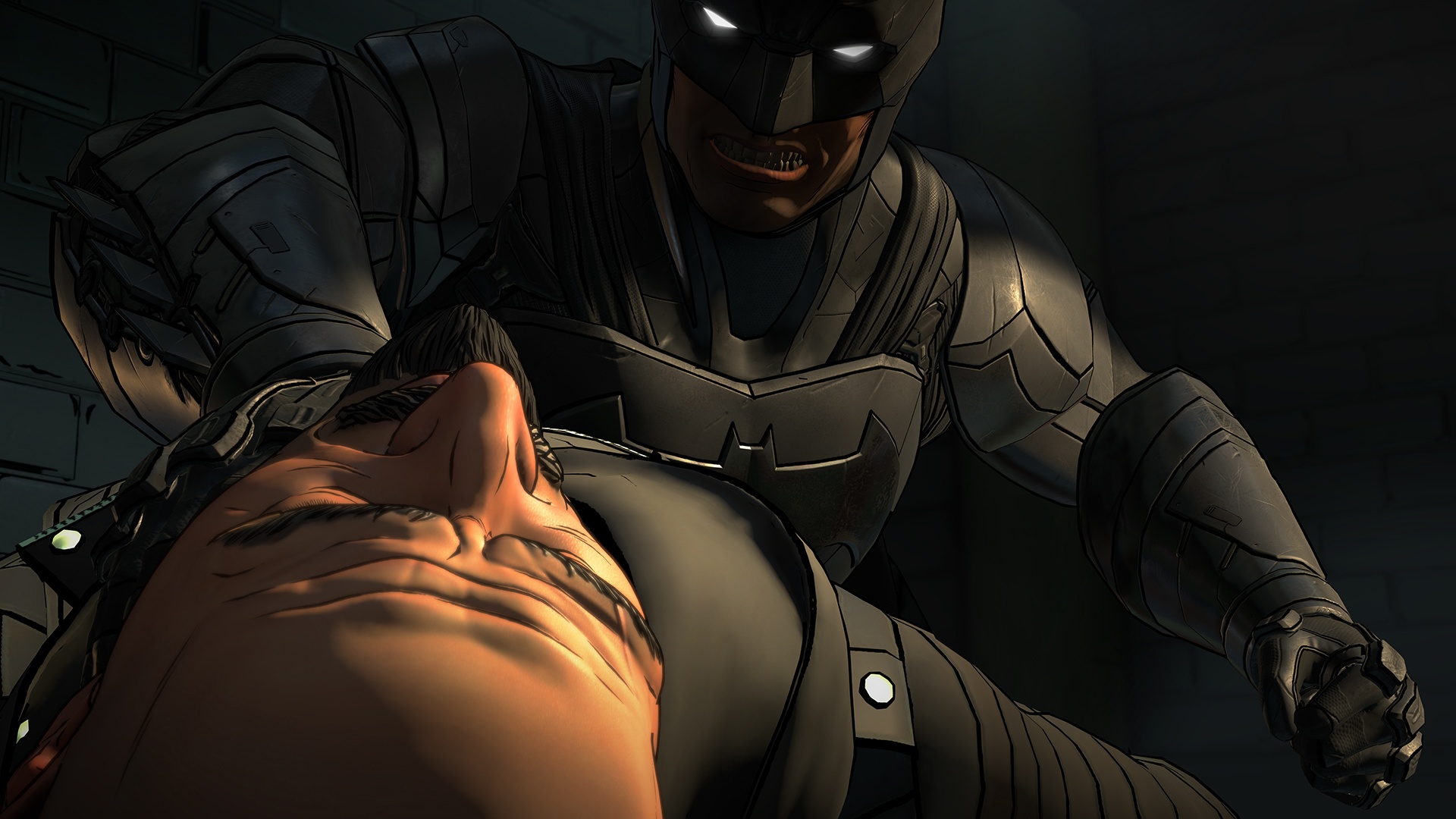 First thing that most will notice within The Pact, is the fact that it features a rather baffling amount of jump cuts in-between scenes, and different angles. And at times, it feels like this particular episode has been cobbled together within couple of weeks, as such errors would definitely not feature within an ironed-out product. And in addition to erratic direction, this specific episode of Batman’s newest adventure also features Telltale’s trademark inhuman animations. Meaning that you’ll spend the entirety of the episode having to endure GTA: San Andreas-like animations, and such state of affairs is simply unacceptable in this day and age.

If not for the fact that Batman: The Enemy Within’s The Pact can hold a reasonably stable framerate, and is free of any and all forms of texture pop-ins, it would be on par with Telltale’s Game of Thrones – at least on the mechanical level. And while such flaws may be jarring, and dissonance inducing, they have not been ignored by Telltale, as throughout, the developer behind the title has done everything in its power to mask its product’s shortcomings.

Vast majority of Batman’s most recent outing takes place within a string of cutscenes. And one could argue that Telltale’s games are, in-a-way, an interactive, animated film. However, developer’s previous titles, and even the first episode of The Enemy Within, featured a plethora of gameplay sequences, where user’s agency and input where vital. But The Pact, for the most part, boils down to overlong cutscenes with little to no interactivity. You either sit in a car, and listen to a conversation, sit in a bar and listen to another conversation, or alternatively, you can sit in the back of an armoured vehicle and listen to yet another conversation.

In total, all gameplay sequences of The Pact can be counted on fingers of a single palm, and even then, they all boil down to simple quick-time-events. And while the first episode of the series may not have been a state-of-the-art experience, it did feature a plethora of puzzles, and other elements featuring exploration. But despite of that fact, Batman: The Enemy Within’s second outing isn’t a complete failure, as it does just enough to build upon the initial episode. 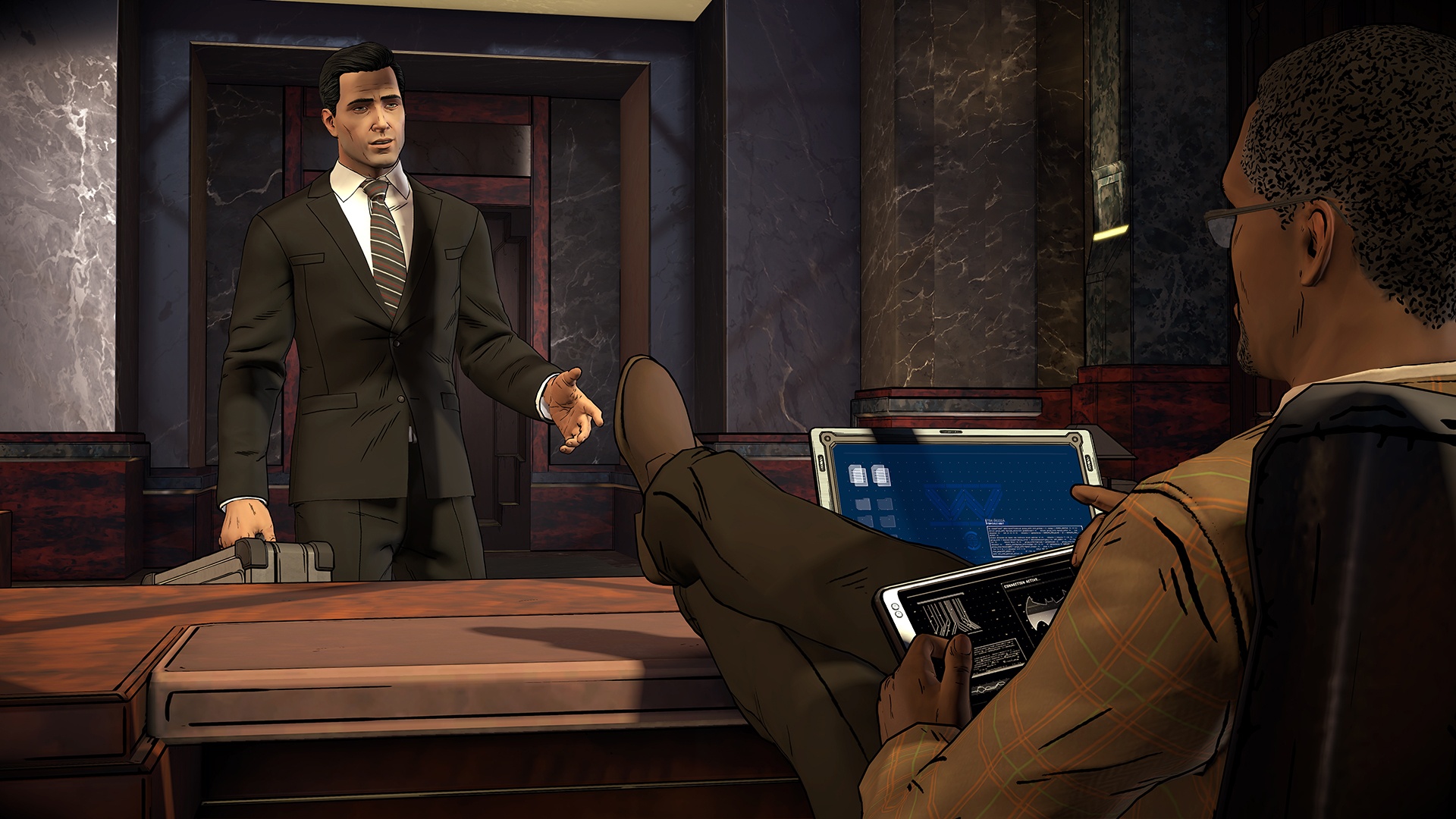 If one were to play the second episode of The Enemy Within, right after the first, he/she would surely be disappointed. As the disparity in general quality is astounding, however, those who have purchased the pass, for the entirety of the series, will without a doubt appreciate The Pact for what it is. And not to prolong, all that has to be said about The Pact, is that it is simply a filler episode, ham-fisted into the series, just to set the scene for the remainder of Telltale’s adaptation of the caped crusader’s story.

Throughout, The Pact introduces four distinct characters, including Bane, Harley Quinn, Mr. Freeze, and Cat Woman. And while one will not learn much about Bane, or the Cat Woman, the episode does enough to introduce the rest of the characters. And by the end, all who decide to play The Pact will know the common motive behind Gotham’s villains, and most importantly, what is the main plotline of The Enemy Within. As unlike the first episode, The Pact sets the scene for the bigger picture, rather than just the episode.

The ending of The Pact does enough to intrigue all the fans of Batman, and will surely have them wait for more in anticipation. And in many ways, – while it is inferior to the premiere episode – The Pact would do a much better job of introducing all to the series, as it lays down all the important ground-work, which will surely be developed upon as the series goes on. But unfortunately, the final fifteen minutes or so, do very little to save the episode’s face. As ultimately, it is incredibly clumsy, and will without a doubt leave a bad taste with many, who are not so keen on the super hero genre.