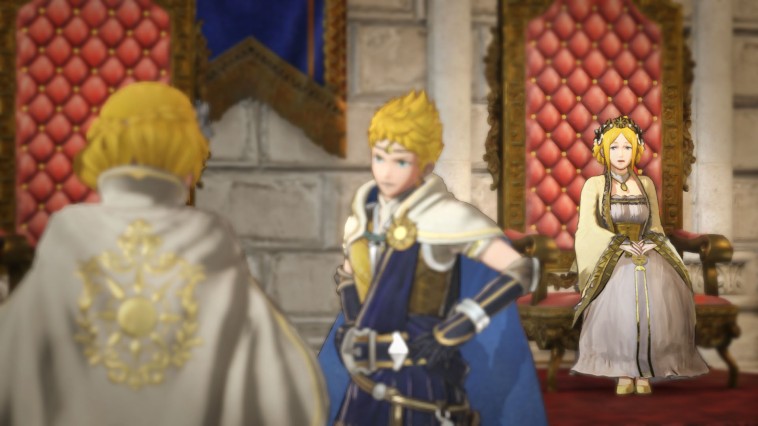 I’m starting to feel like Fire Emblem is the video game equivalent to the Marvel Universe film franchise. When you go to watch the next installment of Thor, Avengers or Condiment Man, you’re able to enjoy the movie as a standalone thing, even if it’s a sequel (I’ve only seen Iron Man 3, not the first two). That’s because these are big budget films with huge names and great people work to make these movies accessible to everyone. But, if you’ve taken the time and effort to watch all the other movies (and, God forbid, all the television shows), there’s a bunch of stuff in the background, in the dialogue and just in the air itself that makes the experience even better. So when you hear one dude laughing WAY too hard at a single like from Marc Ruffalo, you know that dude has watched, read and analyzed everything and is appreciating Thor: Ragnarok on a molecular level. And Fire Emblem, in my opinion, handles things the same way, especially with Fire Emblem Warriors.

Fire Emblem Warriors takes place in the kingdom of Aytolis, where twins Rowan and Lianna are the respective heir and heiress to the throne, and neither want it. Thankfully, to prevent the game from becoming a dull kingdom management sim, a dark force suddenly appears, invades the kingdom and kills the queen, really making sure that no one in Fire Emblem can not have a tragic backstory. Fleeing the castle with a parting gift from their mother (the Shield of Flames), the twins run into other traveling heroes, who just so happen to be from the other Fire Emblem worlds and are now here through…magic. Like, literally, through the magic of an evil dragon. The conclusion is reached that our heroes must restore the Shield to full power in order to seal the dragon away and repair the rifts in time and space, and the power will appear in the hearts of heroes who you’ll encounter along the way. It’s a great premise to start from, and also one that allows the inclusion of so many of the Fire Emblem alumni without people asking too many questions. And there are a TON of memorable characters, more than twenty, with sex variations that fluctuate depending on if you decide to be Rowan or Lianna at the start.

Far from a classic strategy game like most Fire Emblems,, Fire Emblem Warriors has decided it’s their turn at the musou genre and Koei Tecmo is only too happy to oblige. Much like the endless series of Dynasty Warriors game and the Fate/Extella jaunt I did earlier this year, the premise is to beat the ever living hell out of THOUSANDS of enemies at once while trying to maintain control of an area and become the sole leader of a domain. Unlike Fate, Warriors does do a great job of injecting its own flair and version-specific gameplay into the treatment. For example, there’s a lot of delegation that needs to take place in order to make any kind of headway in the battles. Fire Emblem Warriors is all about making sure you are spread out and working together, even going so far as to make giving orders via the map look and feel like the strategic movements present in previous Fire Emblem games. In addition, sending a single unit anywhere almost certainly results in losing that zone: you gotta practice teamwork if you want to survive and flourish. 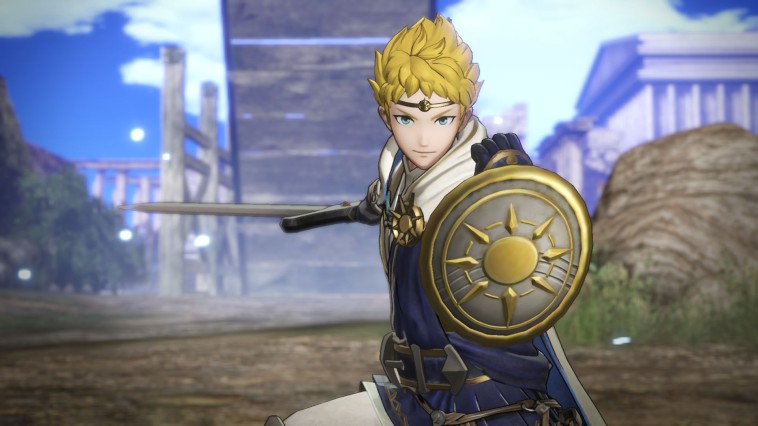 But let’s pump the breaks for a moment. As far as combat goes, Fire Emblem Warriors keeps it mostly straightforward. You’ve got a weak and heavy attack, the attacks flow easily into combos, and there’s a super powerful “street sweeper” attack that you can execute after you beat up enough people. You can also make alliances with other heroes on the field to create combination attacks, which can be serious game changers in the right situations. Not only is it great to see different characters pair up, but strengthening their bonds helps affect future battles and even better camaraderie. In general, this is an opportunity for players to start working on their “dream team” for future events. Have you always wanted Chrom and Lucina to fight alongside each other? Have you wanted Owain to support Lissa despite some very clear conflicts in that particular scenario? Good news, you totally can thanks to the power of time travel!

Scaling the difficulty level of the game (choice of easy, normal or hard) will really help showcase the abilities of players who are either musou veterans, Fire Emblem loyalists or a healthy combination of the two. The easy difficulty essentially lets players focus mostly on the story and the inherent strategy: combat is less hectic and enemies tend to have much lower health. Normal and hard both respectively test the player’s abilities to balance out fighting solo and fighting with a secondary support, with hard being significantly less forgiving. It’s definitely one of the most “fusion” of the musou games that I’ve played: while some like One Piece or Hyrule Warriors simply impress the character skins over the existing framework of the genre, Fire Emblem Warriors really puts the players to task to find a balance between being both a general and a soldier. While missions on easy can cap out at about fifteen minutes, doing “chapters” on hard can easily take double the length of time, if not longer, with a lot of trials and tribulations. The challenge, however, is not without its rewards.

Speaking of difficulty, permadeath is a choice that Fire Emblem Warriors gives to players, though I would personally err on the side of “no thank you” at first. It’s always really hard to lose a favorite character, especially when you don’t know how the story may change without them around, and I was also really caught up in the possibility of creating time paradoxes. I don’t think anything would happen if a parent died before a child was born due to dark magic and such, but why the hell would I take that risk? For hardcore Fire Emblem players, however, the choice is there, and it’s pretty true to its word.

The upgrade system is split all over the place, giving players a lot of choices but not necessarily a lot of direction. Characters can directly level up through battle, but also will have a chance to gain a level or two if enough conditions are met and the player has enough gold to force through the training grounds. Additionally, you can use items dropped on the battlefield to forge crests that improve passive trains on damage resistance, attack combos, the speed of meters filling up and more. There’s also a smithy that allows for selling and reforging of some weapons, but I found this to be a mostly useless area. It made more sense for me to go back and re-do a mission on a lower difficulty and gain a ton of coins and materials than to sell an errant falchion for ten or twenty gold. Additionally, the early stages of the game (first eight chapters or so) don’t really give you many weapon drops that merit extracting traits and infusing them on other weapons. Once you get going in the later half of Fire Emblem Warriors you’ll find some favorite toys to improve upon and keep sharp, but it’s more of a personal choice than anything else. 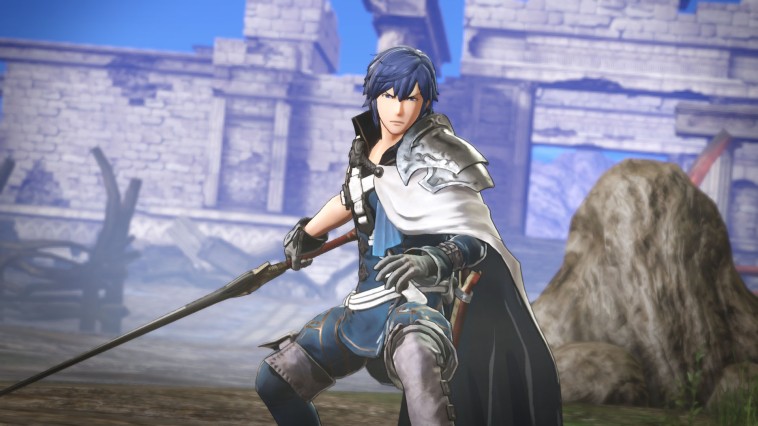 Multiplayer. Holy crap, if there’s ever been a game that benefited from multiplayer, it’s this one. Purists who view Fire Emblem as a single player endeavor may shy away from the idea, but Fire Emblem Warriors is a brutal horse of a different color and there’s no shame in asking for help. Being able to delegate tasks to another person instead of relying on the CPU to try and pick up the slack is a double edged sword.

Lastly, besides the main story mode, you’re also given the option of the History mode, where classic fights from Fire Emblem games before are brought back to get the musou treatment. The very first chapter unlock is the entirety of Invisible Ties, the opening chapter of Fire Emblem Awakening, and it only gets better from there. I actually really love this mode, because I’ve always been fascinated with the story, characters and atmosphere of Fire Emblem, but genuinely didn’t enjoy the combat style. To be able to take a lot of that and re-imagine it with something more dynamic and exciting totally rekindles any interest I had in previous games, and the possibility of more historic entries being brought to the game excites me greatly. I have no idea how much of the Fire Emblem series Nintendo is planning to bring to Warriors through the Season Pass and the DLC, though three games (Fates, Shadow Dragon and Awakening) have already been confirmed. I’m not normally a big fan of such DLC, but, if it legitimately is being worked on and adds more than Lucina’s bridal costume (what’s up with all the bridal outfit additions?), then I’m all for it.

Fire Emblem Warriors is slated to be the most ambitious and largest scale project that’s ever been brought to the franchise. As it stands now, it does a fantastic job of blending a lot of what people loved (strategy and storyline) with what people wanted (more action within the game). I can see how it would be a deterrent for fans who like a more thoughtful, paced experience, but I personally love the frantic nature that demands gut decisions cut with precision planning. Just a word of warning: coming in at over 13 gigabytes, Fire Emblem Warriors nearly demands that you have a memory card on hand, so get out and grab some expansion before downloading this behemoth. Then again, there’s a really good chance this will be the only game on your Switch for the next few weeks, so memory might not really be an issue.