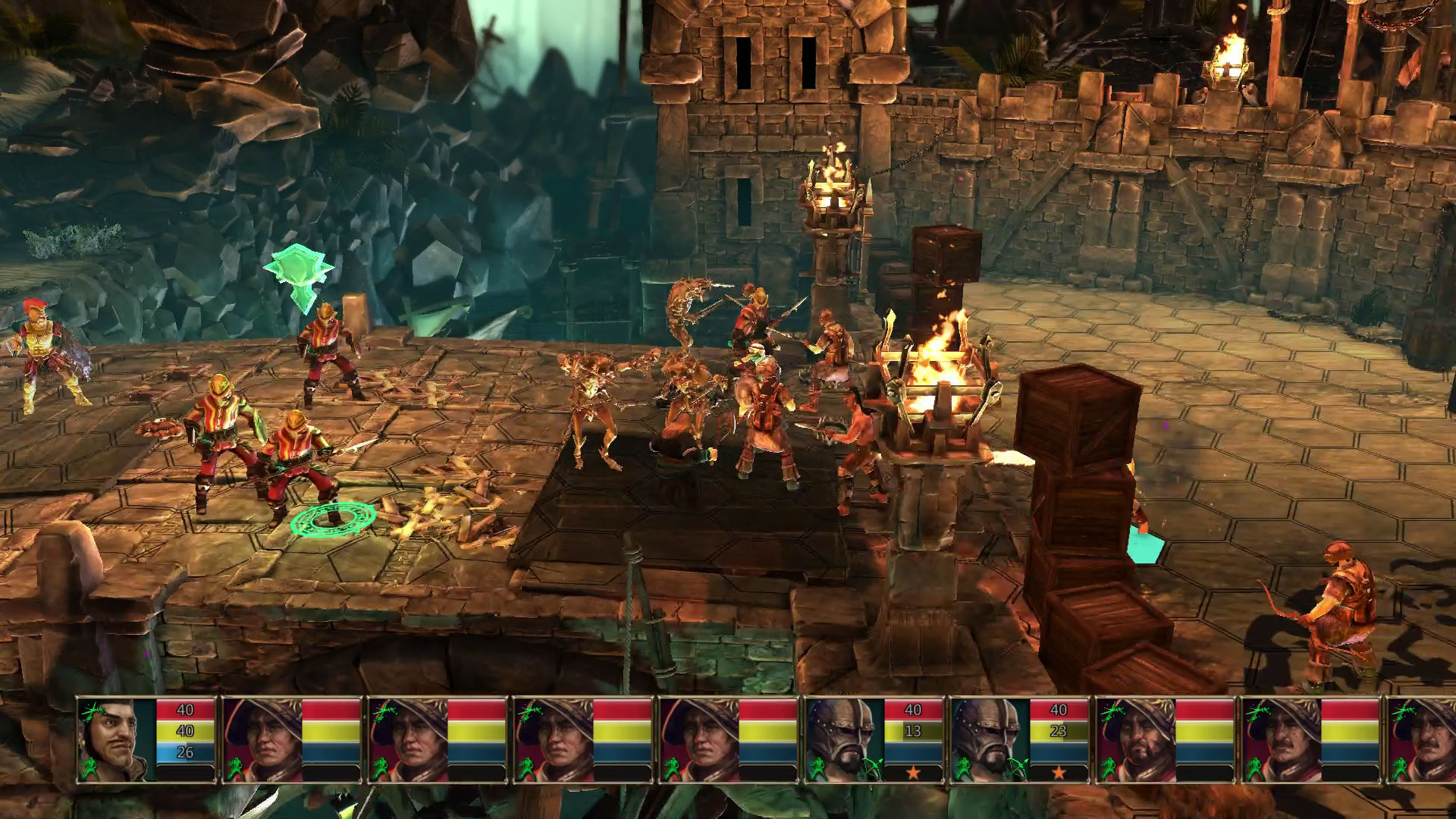 Earlier this year, Daedalic Entertainment has released arguably the greatest adventure game of this generation, in form of Ken Follett’s The Pillars of The Earth. And in many ways, the overall quality of this particular entertainment product was surprising to say the least, as in the past, the developer in question has been known for releases which were rather sub-par, to say the least. And unfortunately, Daedalic’s most recent console release, in form of Blackguards 2 follows in the footsteps of developer’s lesser titles such as A New Beginning, rather than Ken Follett’s The Pillars of The Earth.

Some could argue that the decrease in quality, in case of Blackguards 2, comes from the fact that this particular title, unlike Daedalic’s other works, is not an adventure game, but an RPG. But unfortunately, even when one takes such a stance, it is difficult to give Blackguards 2 any bonus points for its quote-on-quote complexity, as it is not the role-playing experience, which one would otherwise expect from a title carrying a tag of an RPG. And that’s because the title at hand is not a TPP, or FPP action RPG, but because it is an eerie mix of turn =-based strategy, Dungeons and Dragons like foundations and structure, and story-board centeric narrative devices.

To put it bluntly, Blackguards 2 is simply strange. And not strange, the way that Metal Gear Solid series is odd and unpredictable, yet incredible – no, it is strange in the same way that a homeless man talking to himself in third person, is strange. The mix of different forms and substances in Blackguards 2 is simply astounding. On one hand it is a narrative heavy RPG adventure, but on the other, the very same adventure is told using stills, and limited art. And as epic, and as mind-boggling title’s themes and plot-lines may be, they’re ultimately hindered by the title’s limited visual capabilities. 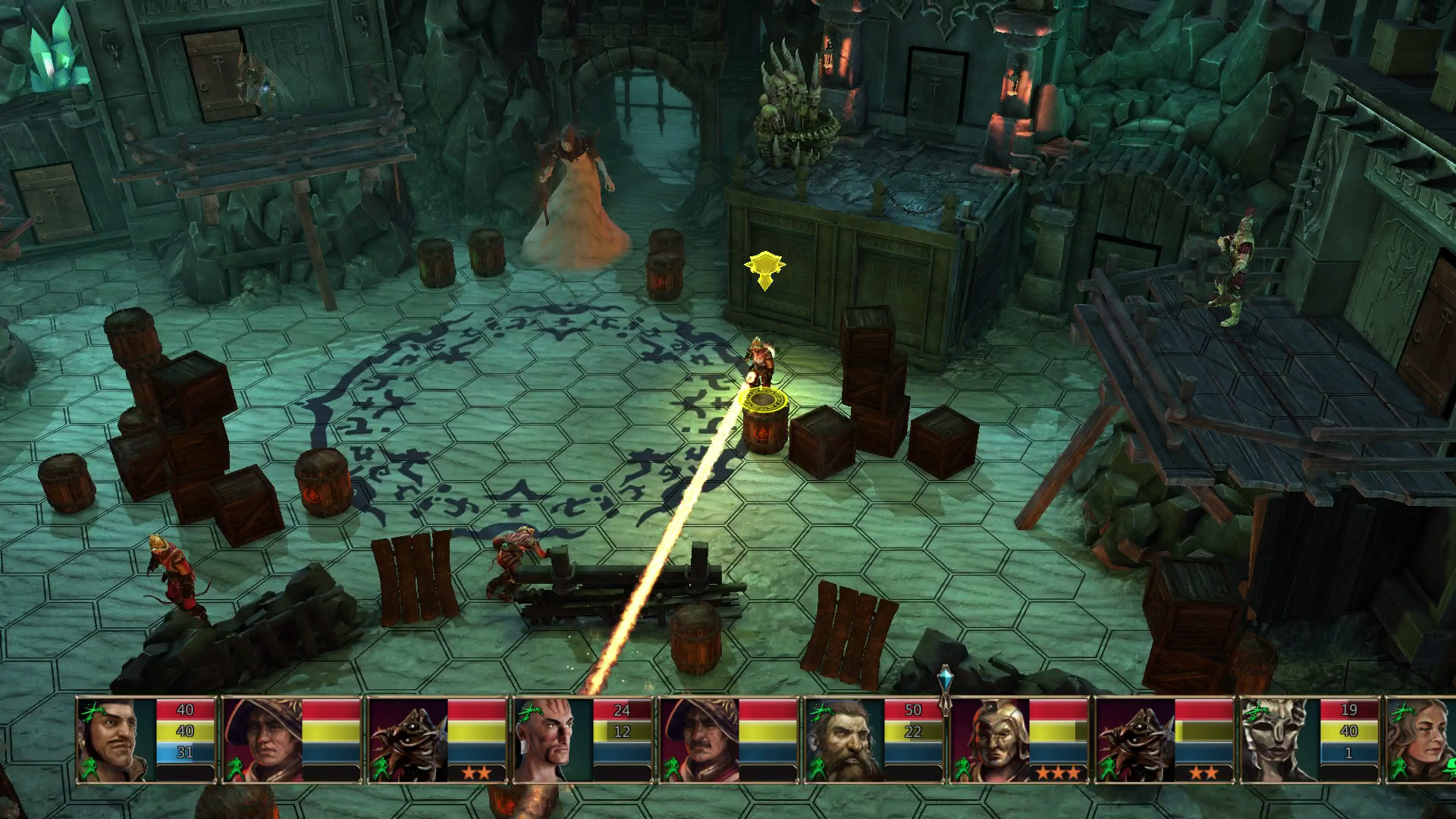 Visually, and narrative wise. Blackguards 2 suffers from the same problems that Torment: Tides of Numenera did, earlier this year. And if not for the title’s limitations, its story could have been the center point of the entire experience. However, still images, ambient sounds, and average at best voice acting do very little to convince one to get invested into the story that Blackguards 2 is trying to tell. And there comes a point where most who decide to give this particular title a go, will simply skip majority of the exposition, and conversations all together, and that’s simply because the supporting visual façade, is not up to scratch.

Some could argue that archaism, and low budget solutions, are the heart and soul of the RPG genre, and the above flaws, will simply not be enough to deter them from purchasing Blackguards 2. But one thing which many RPG players have in common, is the hatred of overly complex, convoluted, and infuriating in-game mechanics. And unfortunately, Blackguards 2 features as many poorly designed and implemented features, as still backdrops. As those, just like the in-game art, come a dime a dozen.

In game, players will spend majority of their time staring at a still image, while listening to a conversation. But once the conversation is over, the real hell ensues, as the hardest battles of Blackguards 2 are not fought on the turn-based, hexagonal battlegrounds, but within the title’s menus. Every visit to the in-game hub, any hub in-fact, is a pain to one’s mind and soul. And that’s because the in-game menus are simply not suitable for console environment, as every flick of the analogue stick, even the slightest, will fire player’s selection cursor to the opposite side of the screen. And the rather shambolic placement of objects of interest, doesn’t help either, as sometimes trying to pick between a cluster of two or three objects, can be an adventure in and of itself. 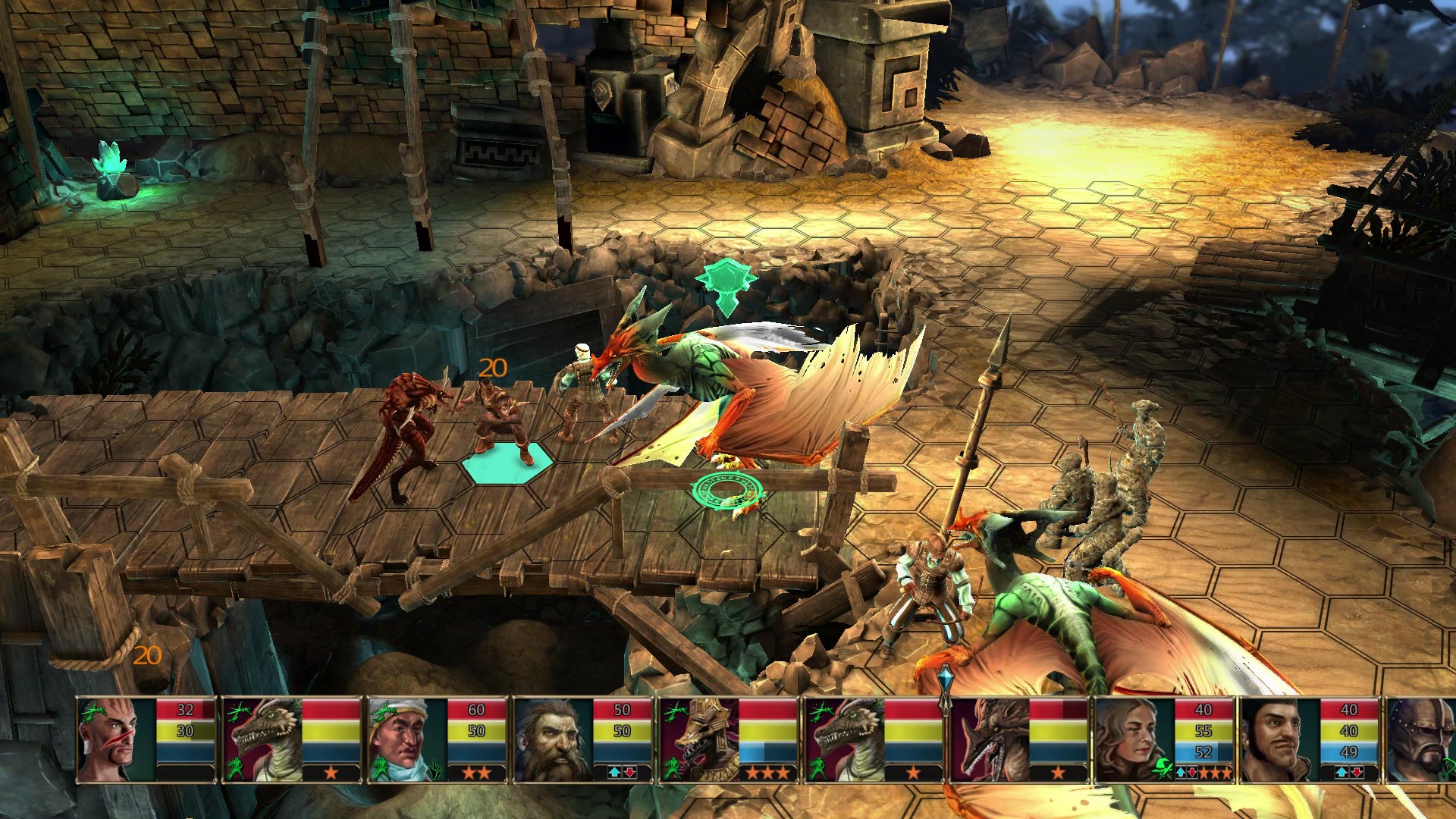 Once one has spent in excess of ten minutes wrestling with the title’s numerous menus, due to its inadequate technical design. He/she will finally be ready to take on the challenges that Blackguards 2 has in store. However, if you believed that such will come from title’s gruelling difficulty and/or necessity of a tactical mastermind, then you are probably going to be disappointed to hear that you’ve been deeply mistaken. As Blackguards 2’s real difficulty, yet again comes from its design and feature implementation, just like in the case of its menus.

First of all, it has to be said that Blackguard 2’s core combat is not bad, in fact, it is far from it. But just like the title’s menus and home screen, it features a plethora of rather baffling bugs, and/or design choices. For example, making a move will not always result in a desired outcome, as at times, the title disallows one from committing to certain actions. For example, one may start a round while standing right next to chest or a hostile NPC, but the game, for some unthinkable reason, will disallow one from initiating the most reasonable action. Not until one skips his/her turn at least once, by moving around the board. And in a turn based games, such bugs are simply unacceptable, as they force one to take unnecessary damage or casualties, which may result in serious impediment of one’s progress.

There is a lot that can be said about Blackguard 2’s negatives. However, certain unfavourable points such as dissonance between the game and the player due to unnatural arena designs, do not have to be mentioned, as many won’t engage with the title at hand enough in order to really disengage from it in turn. And that’s a shame, because Blackguards 2 possesses inklings of brilliance, but unfortunately, its shortcomings are capable of dousing any fire that Blackguards 2’s positives, could otherwise ignite. And in short, all that has to be said about the title at hand, is that just like all the other products of Daedalic Entertainment, it will have to stand in The Pillars of The Earth’s shadow, as it is not even fit to lace its shoes, let alone stand beside it.