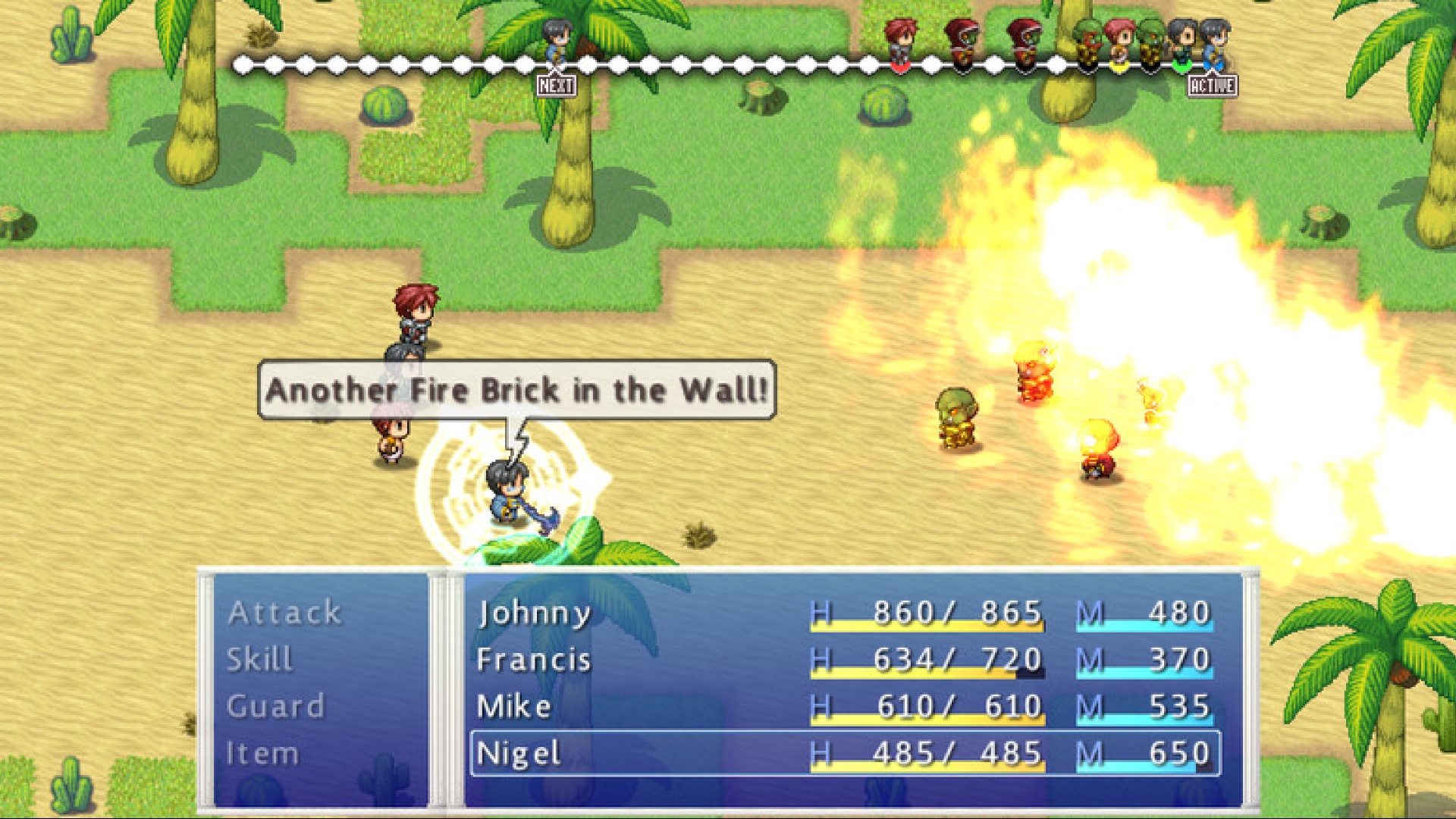 Doom and Destiny is the name of the 3rd album of my experimental thrash metal band. It also happens to be the name of a long in the tooth JRPG-like by Heartbit Interactive that seems to have infiltrated every gaming platform known, including the Nintendo Switch.

So spreading like a virus from platform to platform, you have to wonder if you should consider jumping in like a chicken-pox party, or vaccinating yourself from its potential fever and rash.

The first thing to note is that this is not an ordinary run of the mill role-playing game trying to mask itself in grandeur and inventive story telling. Doom and Destiny is incredibly self-aware of what it is bringing to your screen from the outset.  Four friends are summoned to assist their friend Benjamin to a strange land to fight the ‘Unnamed’. Nigel, Johnny, Mike and Francis quip, joke and swear their way through over 30 hours of gameplay, exploring, levelling up and dungeon crawling and while some of the jokes are borderline on passing being acceptable in terms of taste and language, you’ll be hard pressed not to fall under the heady spell of the wave of nostalgia that will engulf you while playing.

Yes, those are the protagonists names each with the obvious stereotypical personalities, and yes, as you play through the game you’ll find continuous examples of this self-awareness peppered throughout your quest. Doom and Destiny isn’t trying to be RPG clever, it’s trying to pass that particular mantle back to the player. So early on you’ll see references to Zelda, or the players will marvel how a boss battle is really just a bigger version of a normal sprite, or that you simply aren’t the first team to go on this particular quest. 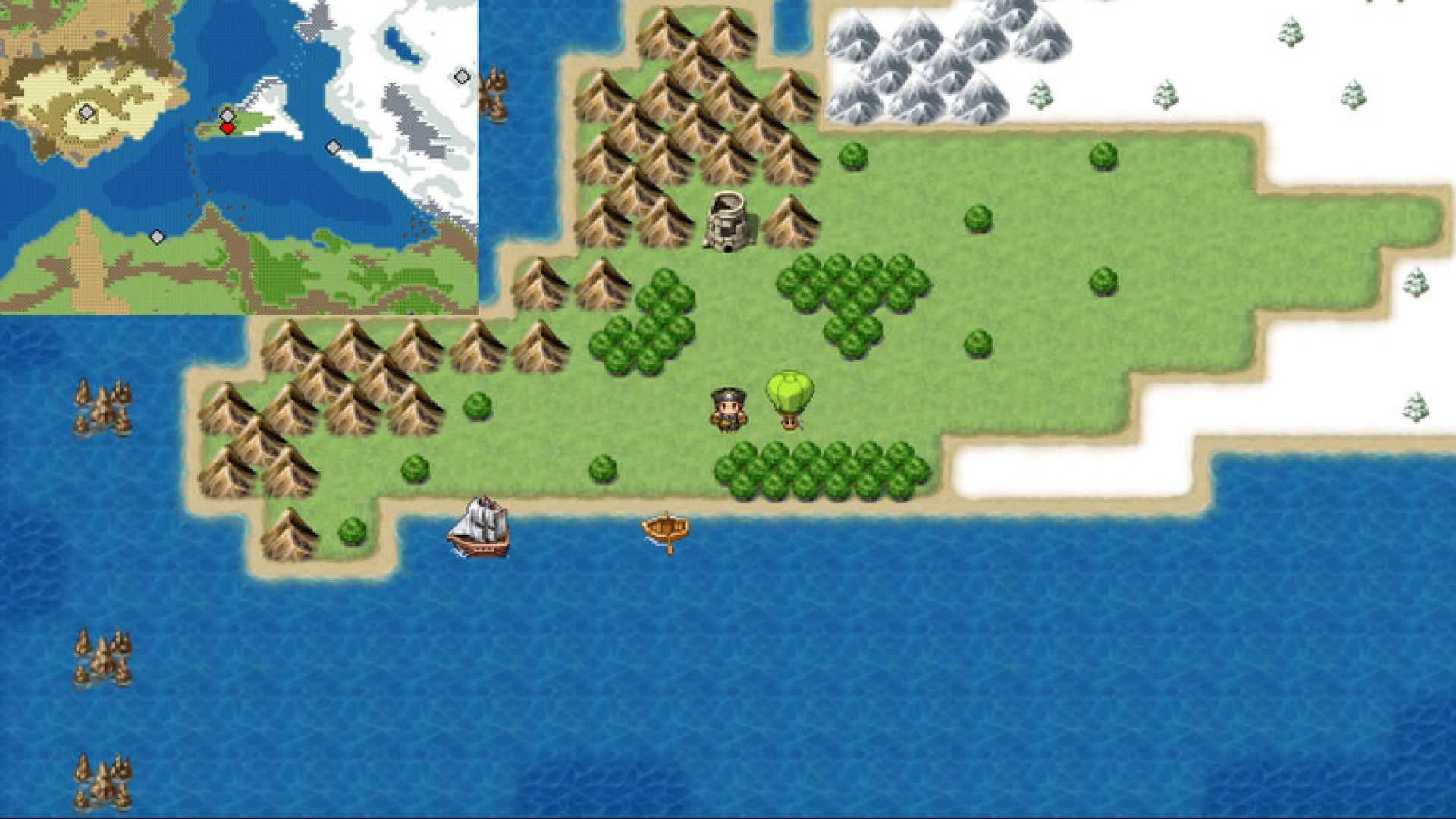 For those who cut their teeth on the 16-bit Terranigma and Secret of Evermore or even Final Fantasy VI of previous console generations, Doom and Destiny is going to feel like putting that old worn jumper back on, and settling down in front of the TV with controller in hand.

Gameplay take places in two main areas. A huge map allows you to explore unknown regions, while reaching a place of interest on said map will take you into that location where you have the chance to interact in villages and towns, or single smaller locations. You’ll also discover dungeons where you get the opportunity to head in and explore further, finding keys and shortcuts and battling foes. NCPs you meet will normally have some dialogue to share with you, again some of it is riffing from other much more well-known properties, especially one or two of the levels which seriously make you wonder how they ‘got away with it’ at all. The whole thing is very 16 bit in terms of its presentation, and at no point did I feel tricked or cheated that the graphics weren’t much better than they were, it all added to the overall enjoyment of the game.

As with any RPG, you can upgrade your character through gaining experience points, and enough experience allows you to unlock higher stats, which interestingly are the combination of some normal expected stats. As an example ‘Might’ increases your health and your strength, so in some ways you are doubling up in your progression as opposed to being forced down a particular pathway. Going further, once you have invested five points into a stat, you get a power point that allows you to further additional skills each of your characters have. It allows you to slowly build up the team into power houses to make sure as you progress through the story, you’re progressing naturally in your skills, and you aren’t having to go out of your way to improve your chances in battle. There are options to purchase additional skills as you need to throughout the quest in order to keep things fresh for you as you play through and discover different combinations that will work for you. 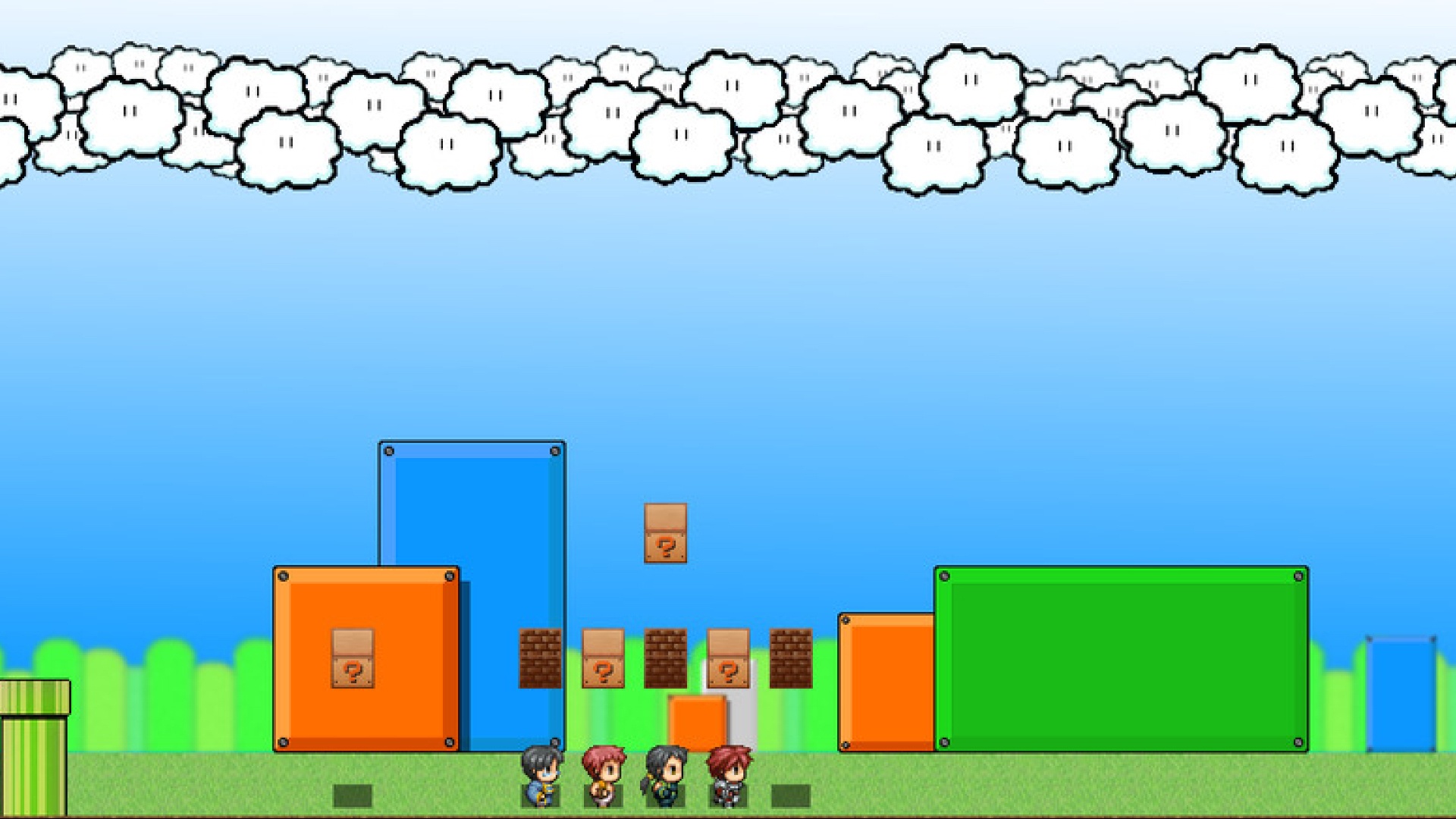 Battle works on a turn based option, and the placement of individual party members is important as based on whether they sit at the back, middle or front of the group; which will have direct ramifications for who the enemies will attack first. It’s kind of similar to any tanking mechanic you might see in an MMO situation, but it means you need to make sure you’re lead is covered in terms of healing as the battles get tougher. The track at the top of the screen will let you know who’s turn it is next between you and your foes. There’s no real pressure to make decisions immediately and so it allows you to take you time and decide on your battle choices, but don’t be too lazy and hope button mashing attack will see you through, as later challenges need a little more thought rather than a hearty CHARGE!!!

It punishes those who rely on whittling down the enemy and not defend or be mindful of healing, but it never reaches the giddy heights of confusion that you can maybe expect of other more ‘serious’ titles in the same genre. It rewards you as you fight for defeating certain foes, and this is another little touch that shows you that Heartbit care.

That is maybe what made Doom and Destiny appeal on a number of fronts for me. The graphics aren’t going to win any awards here. They definitely do the job, they look great for what they are trying to achieve and they capture the spirit of a 16 bit game perfectly. There is plenty to explore, even after you have defeated the big bad, and Heartbit want you to keep going and find everything, because finding some of the extras is pretty rewarding and fun. Look, I can see some of the swearing and jokes causing some to wince instead of smile and that’s to be expected.  The biggest attraction to Doom and Destiny is that it wants you to play it through, and so while it is challenging, it’s not entirely difficult. Well not in the terms of what would be enough for someone to turn off and never come back again in terms of frustration. You lose combat because you rushed in instead of taking your time, you don’t ever feel the game wants to punish you for the sake of it. You never really feel you have to grind in order to be ready for the next challenge, which is something that has put me off so many contenders to the ‘modern RPG’ of late. If you want to get that extra bit of kit earlier, there are side quests and up quests and down quests you can take part in to get there but it isn’t necessary. In some ways, I’m reminded of StarDew Valley, as there is enough love of the source material to show they really enjoyed making Doom and Destiny, but enough innovation to show you this isn’t just a love letter, but someone taking their first steps to writing their own chapter. A pleasant surprise.

Doom and Destiny is a pleasant Dungeon nostalgic romp that challenges where it needs to and provides call backs when it’s bored and mischievous, but shows a real respect for the genre it is trying to parody to great effect. Definitely worthwhile checking out.

Doom and Destiny is a pleasant Dungeon nostalgic romp that shows a real respect for the genre it is trying to parody to great effect.