With the Wii U out for well over a year and the Xbox One and PS4 closing in on their own first anniversaries, it seems as good a time as any to take a look at the best games of the generation so far.

While some of the choices might prove controversial (especially their placing on the list), please keep in mind that this is my personal opinion and nothing more.

We would love to see your own top 5 lists in the comments below. Please, let us know what you think. 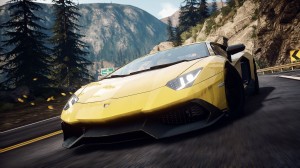 I know it’s a cross generational title, but Need For Speed Rivals really does look quite fantastic on both the Xbox One and PS4. It might not look quite as crisp as the ludicrously gorgeous Forza Motorsport 5, but in terms of sheer entertainment, Need For Speed Rivals delivers the most outrageously enjoyable racing experience available on current gen consoles.

It’s not without its faults, but when the wind kicks up and the rain starts falling in the middle of an impromptu cop chase, Rivals really does shine like little else out there. 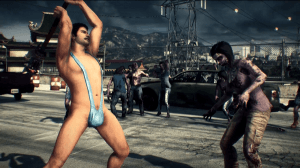 Initial fears of Dead Rising taking a  turn for the serious are allayed within moments of booting up what is, in my opinion, the best Dead Rising to date. It might not be 1080p and, judged upon screenshots, isn’t even that good looking a game, but when in full motion and with a thousand zombies standing in your way, Dead Rising 3 does a fantastic job of highlighting the difference between this-gen and the last.

With seamless movement, no load times between areas, thousands of zombies and a continued commitment to fun, Dead Rising 3 feels like the quintessential Dead Rising experience. Add to that the fantastic fan service offered by the legitimately brilliant DLC, Super Ultra Arcade Remix Hyper Edition EX Plus Alpha, and you’re left with one of the most underappreciated launch titles of recent times. 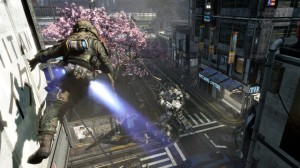 It might not have rewritten the competitive FPS rulebook as some were claiming (and hoping), but that doesn’t make Respawn’s, Titanfall anything less than absolutely fantastic. By wisely forgoing a half-baked single player campaign, the team at Respawn were able to put their full commitment behind the all-important multiplayer offering. The result of this commitment is a shooter that sits comfortably amidst the genre heavyweights, and in many respects, surpasses them.

Easily my favourite online shooter of….well, ever, Titanfall represents a major step forward for the genre and is without question, the Xbox One’s current killer app. Activision might well reclaim its crown with the upcoming, Call of Duty: Advance Warfare, but honestly, I find it hard to imagine going back to any shooter without giant mechs. 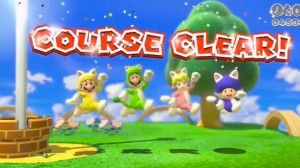 Ok, so it isn’t Super Mario Galaxy 3, but come on, get past that initial disappointment and Super Mario 3D World arguably delivers as much invention and imagination as either of the Galaxy outings. The perspective ensures that the level design and movement is more constrained than in the 64’s and Sunshine’s of the this world, but you have to give it to EAD Tokyo who have once again crammed more ideas into most levels than you find in the majority of full games.

Its position as a family friendly, multiplayer player outing might ensure that it is never revered in the same was as some of its 3D–based predecessors, but Super Mario 3D World is amongst Mario’s finest and proof (if ever it were needed), that Nintendo still make the best games around. 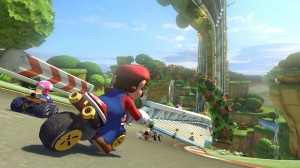 As great as Super Mario 3D World might be though, it’s not the best game of the current generation….heck, it’s not even the best game on the Wii U. Both of those accolades go to, Nintendo’s, Mario Kart 8; a fantastic return to form for the series, and arguably the best Mario Kart to date.

Yes, Battle Mode is a complete turd, but when it comes to the core experience, Mario Kart 8 is in a  league of its own, and in terms of delivering an experience that entertains in single player, online and local multiplayer, Mario Kart represents a truly unmatched package. As great as it is in single player and online though, Mario Kart 8 is, as always, at its best when played locally with friends. With online gaming dominating the gaming landscape, Mario Kart 8 serves as a reminder that the best internet connection in the world can’t compete with a few friends sitting by your side……..preferably with a few beers to go around too.

I appreciate that there are no indie games on the list (or PS4 games for that matter), but thus far, while there have certainly been some very strong indie offering and a handful of decent PS4 exclusives, none have quite wowed in the way that those on list above have…..well, in my eyes anyway. I’m sure many (most) will disagree, but then, that’s the beauty of an opinion.

InFamous: Second Son certainly came close, as did Resogun, but the fact is, while it arguably has the strongest specs, as it stands, the PS4 is still lagging behind in terms of top quality content. Please note that I was tempted to put, The Last of Us on the list, but that still feels like a PS3 game to me and, as great as it is, this remastering feels like it has come a little too soon for my tastes.