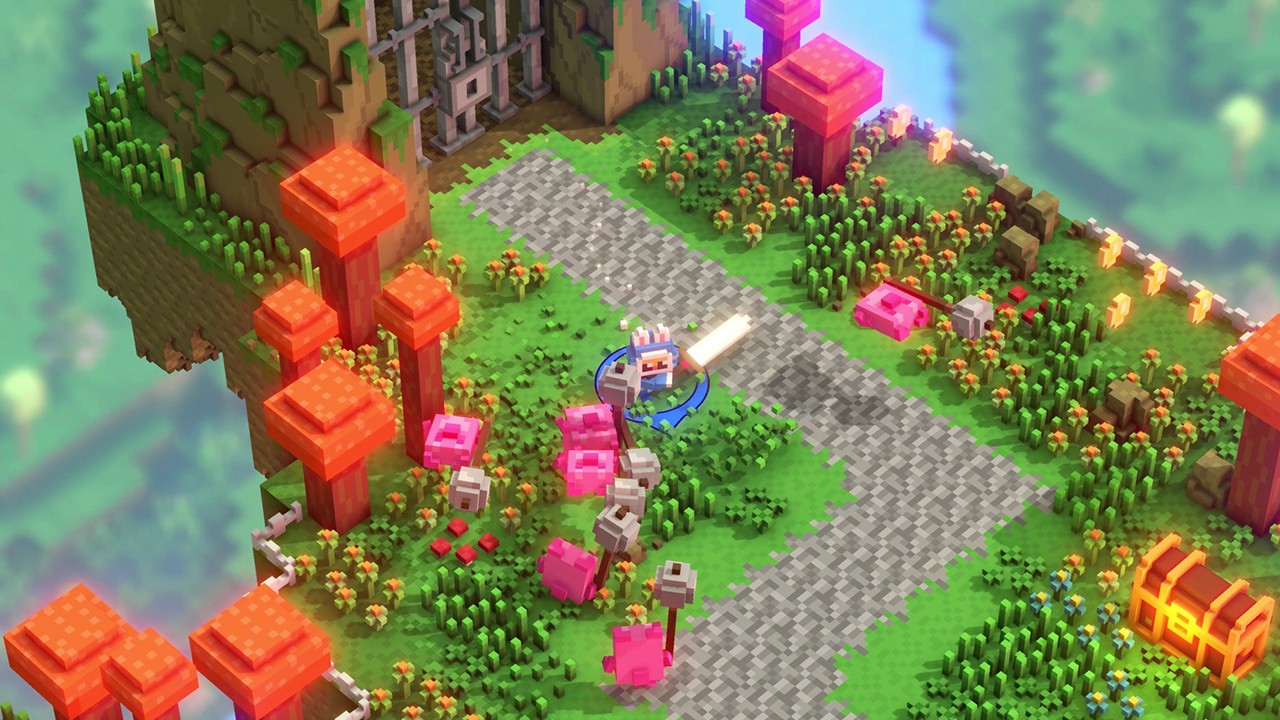 I was drawn to Riverbond by the vibrant, cutesy graphical style reminiscent of games like Minecraft. What I was expecting was a charming adventure game that played like Legend of Zelda where you explore temples, solve puzzles, and ultimately become a warrior of legend. Unfortunately, Riverbond delivered no such adventure. Instead, I got a shallow button masher that, while pretty on the outside, was unpolished just below the surface.

When you first start Riverbond, you’re greeted with a series of stages that you can explore. Well, explore is a generous term seeing as each stage is linear and confined to a series of small “rooms” that contain NPCs and the occasional chest, but for the most part they’re just pretty…empty. Interacting with either nets you points, which really don’t do anything for you unless you happen to have friends who you can measure up against. In each area you must locate the one NPC with something worthwhile to say and finish a quest in order to continue. Quests require you to kill monsters or collect items while fighting monsters and you’ll do that again and again in sequence until you’ve finished that stage. 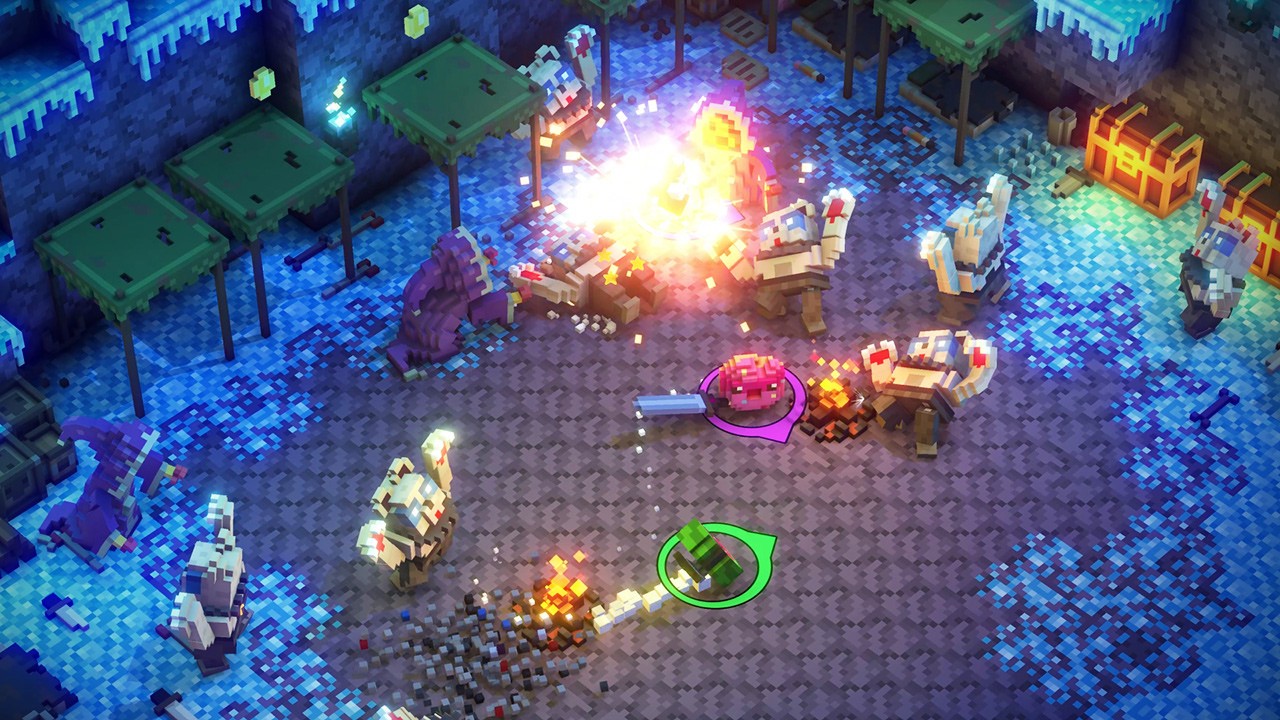 ​You move your character using the right stick and adjust your field of view using the left stick, which are familiar controls for anyone who’s played an action title. In order to use your weapon, rather ranged or melee, you use ZR or X. Ranged weapons have a limited amount of shots before you must reload, which is indicated by a bar above your head. Upon emptying your clip, you’ll automatically reload, though this will leave you a sitting duck for precious seconds. I found changing weapons to be uncomfortable as it utilizes the directional pad and requires you to stop moving completely. Given that ZL and L are inbound (Z performs a ground pound that I always forgot to use), this could have been done better.

Within the first 30 minutes of starting Riverbond, I had seen everything there was to see and do. Sure, the levels feature different biomes and themes, but ultimately progressing through the areas boils down to killing all enemies and then finding the exit.  Boss fights aren’t that much better. Though they’re large and initially intimidating, beating them really just requires you to kamikaze your character until the boss has fallen. There’s no penalty to dying and, as mentioned, the score doesn’t make a difference, so even the allure of getting a bonus for defeating the boss within a certain amount of time is pointless.

The way the game looks is definitely it’s strongest point. Your character can be customized via skins you find in chests. Weapons can also be discovered periodically and not only do they look cool, they control differently. Two handed weapons, for example, are quick while large two-handed swords feel slow and powerful. It’s just a shame this sort of attention to detail didn’t extend to other aspects of the gameplay. 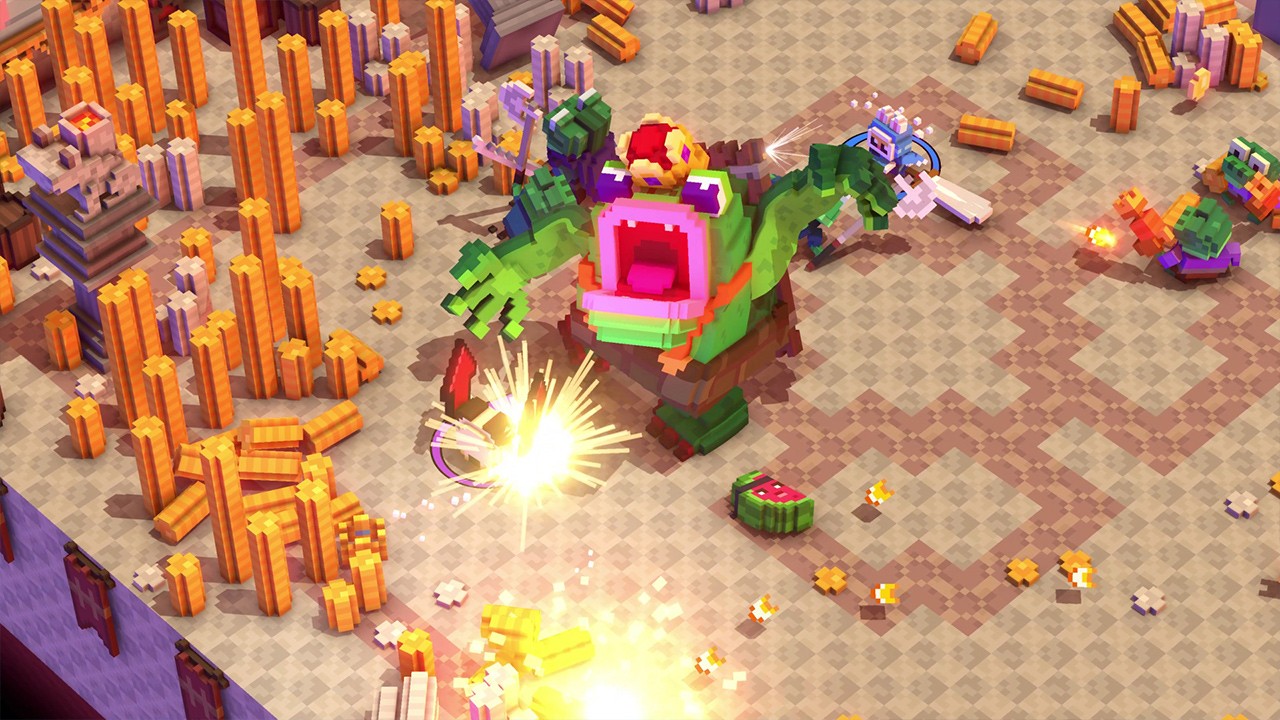 Riverbond presents itself as a whimsical adventure, but fails to deliver such an experience. Due to its lack of diversity in gameplay and the linear nature of the handful of available stages, there isn’t enough to keep a gamer in search of a challenge occupied. Even boss fights, which had the potential to be something greater, come down to running in, guns blazing, and dying a few times before finally felling the beast–a formula that gets old quickly. Being that there’s no penalty for dying, you can blitz your way through the series of fetch and kill quests, then find something else to play.

For better or for worse, in Riverbond what you see is what you get.