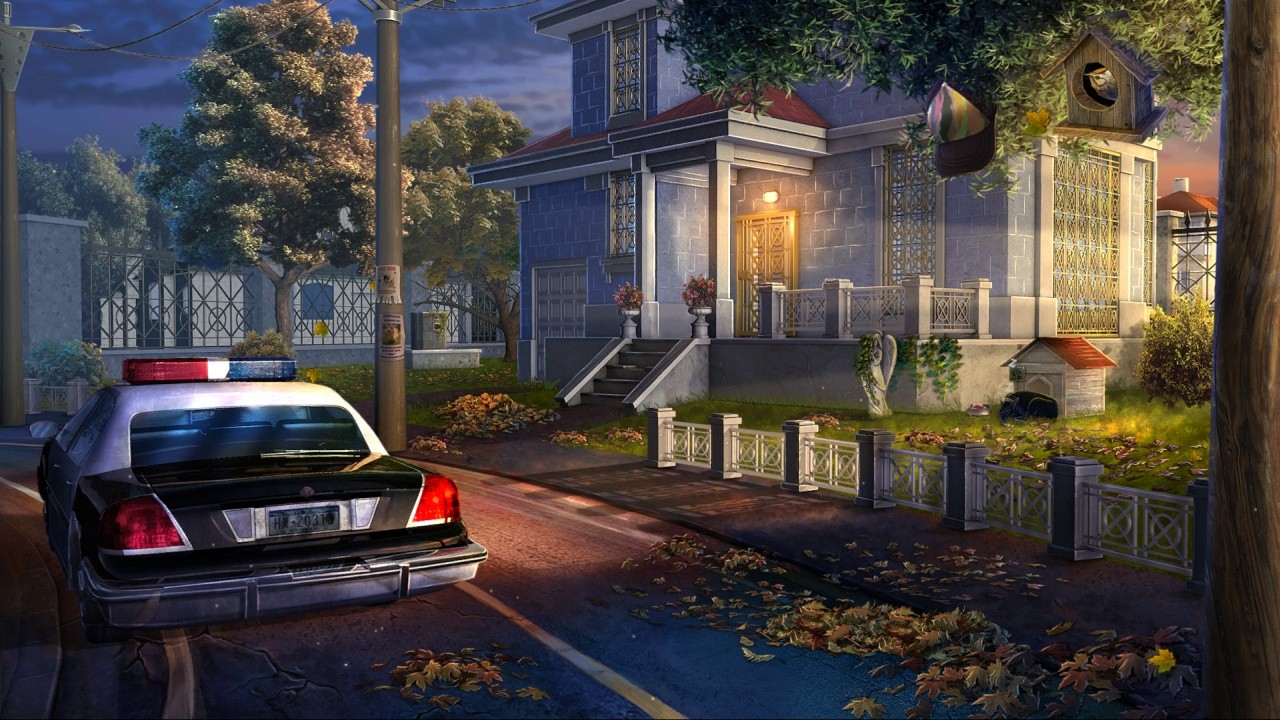 Ghost Files: Memory of a Crime is a hidden object game (HOG) in which you play as private detective Arthur Christie, who in the middle of a serial murder investigation. In the opening scene, you come face to mask with the killer known as “The Executioner” and from there must discover their identity as well as your scattered memories. Later on, you learn that your investigation has implicated you and solving the case will not only save more people from dying but also clear your name. Put your crime-solving hat and hidden object glasses on and hit the pavement running, detective!

I’m a huge fan of hidden object games and developer Artifex Mundi has a track record of putting out decent titles at a fair price that make their way to every possible platform—even mobile devices. Combine availability with the fact that their games semi-frequently go on sale means that there’s no excuse not to have a title or two in your library if you’re a fan of the genre. Artifex Mundi’s hidden object games

Though these sorts of games fare better with a mouse and keyboard, Ghost Files: Memory of a Crime’s console controls work adequately. The left stick points your cursor and selections are made with x. Square allows you to use an item you’ve picked up with the one your cursor is over. Movement from scene to scene, where possible, can be done by holding x or by opening your map with the corresponding directional button and choosing from there; the other directional buttons give you access to your task list and the hint system. The only other button input is to access your inventory, which is where Ghost Files: Memory of a Crime becomes a bit clumsy. Holding R2 opens your inventory, which is hit or miss, and you have to press triangle while doing so in order to interact with items that need further interaction before becoming useable, which are helpfully marked with a plus sign. I would have preferred if the inventory could be brought up by merely clicking R2, which was rarely ever used for anything else so there was no need to make the click and hold distinction. 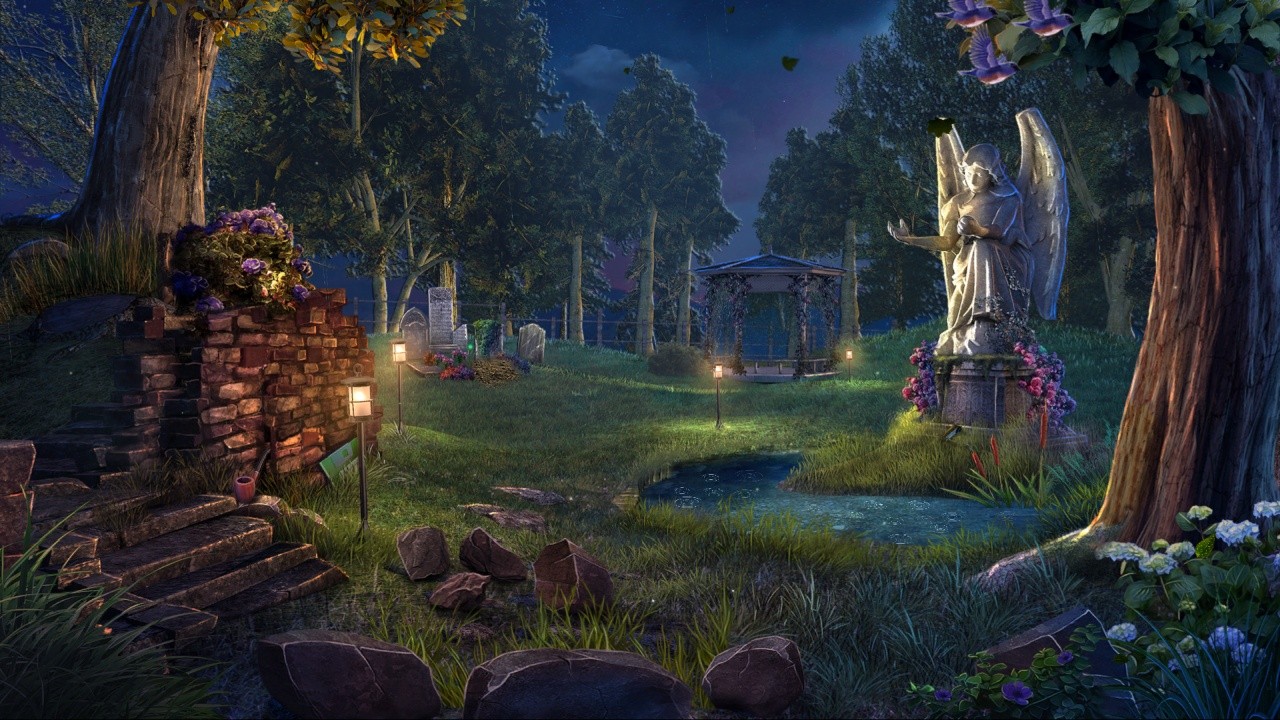 There are two difficulty levels: normal and expert. Puzzle solutions remain the same in both, but playing on expert means hints recharge more slowly and the glittering effect that indicates what you should interact with next is not present. In casual mode, you’re given prompting sparkles if your cursor is still for more than five seconds, which felt insultingly pandering. There’s no in-between difficulty where you can ask for sparkles and I prefer to play on expert if only because casual detracts from puzzle-solving, which is 97% of the game.  For the most part, none of Ghost Files: Memory of a Crime’s puzzles were overly difficult to solve, though a few of the more gritty hidden object scenes that used silhouettes rather than a list were difficult from a visibility standpoint.

There are several different kinds of puzzles and mini-games found within Ghost Files: Memory of a Crime besides hidden object scenes. The hidden object puzzles themselves require you to pick out objects from a list, which I’ve always found to be a bit misleading depending on perception. A vacuum cleaner, for example, will bring to mind a different mental image depending on person, so finding one right away may not be as easy if you’re thinking if a ShopVac when the list means a hand-held DirtDevil. This, is or course, opinion and not everyone will run into this, but I found a lot of my challenge came from that perception. Objects within the scene must sometimes be moved or used on other objects in order to reveal what you’re looking for, which can then be collected. After finding all objects listed in a scene, you’ll be rewarded with a single object that can be used to progress. Other puzzles include turning puzzles, where you must manipulate a series of rings to align correctly; “Simon” puzzles where you must correctly mimic a sequence; matching puzzles, where you must identify identical objects; and switch puzzles where you must find clues within the environment to figure out order or positioning of switches. 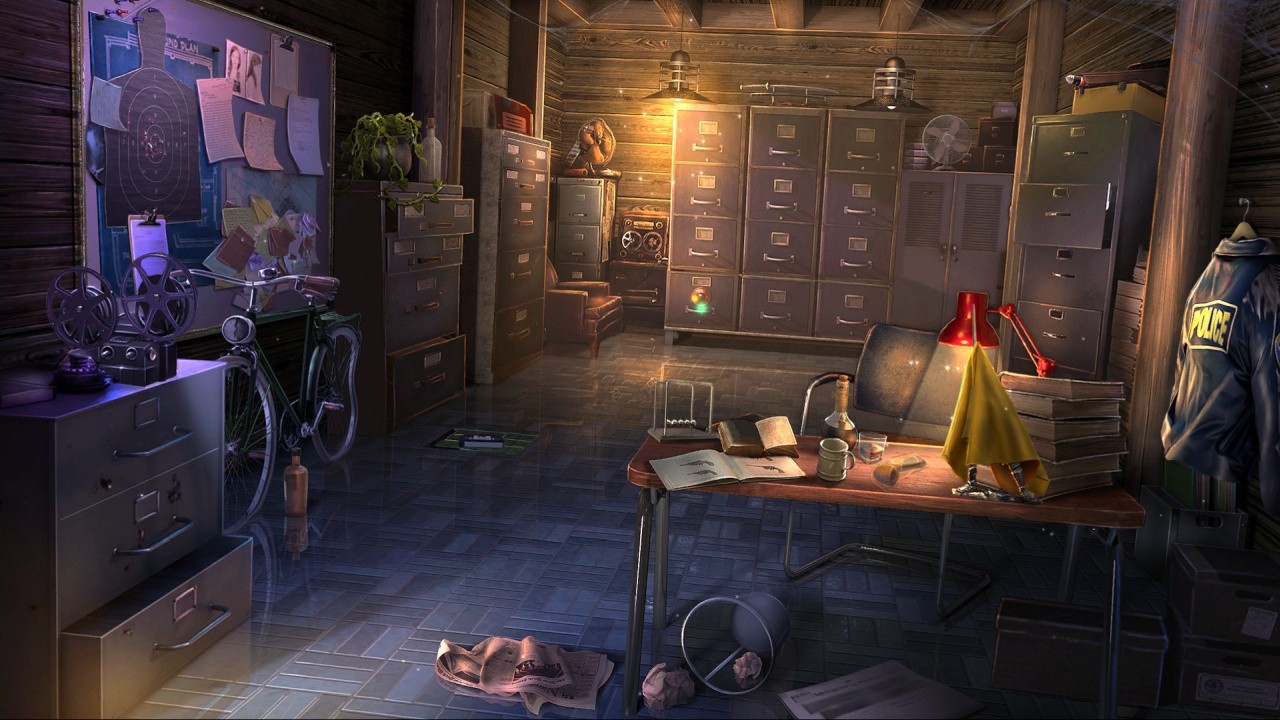 Ghost Files: Memory of a Crime has a distinct 1D hand-drawn art style with some 2D elements to add depth and it does well to create complex scenes in which you need to find hidden objects. The soundtrack isn’t anything to write home about and neither is the voice acting, which is present for the majority of the dialogue. Ghost Files: Memory of a Crime can be completed, bonus chapter included, within an afternoon and there’s no replay value as puzzle solutions and hidden object locations won’t change.

You don’t need to redesign the wheel to have a good time. Ghost Files: Memory of a Crime is another decent title by a development team that has figured out a formula that works and has stuck to it. If you’re already a fan of Artifex Mundi, you’ll already know what to expect and are likely waiting for a sale. For newcomers, there’s a smattering of other games that fall into different themes, but if crime and mystery is your thing, Ghost Files: Memory of a Crime may be for you.

Artifex Mundi does it again by providing a decent hidden object game with a solid story and a good mix of mini-game/puzzle types.