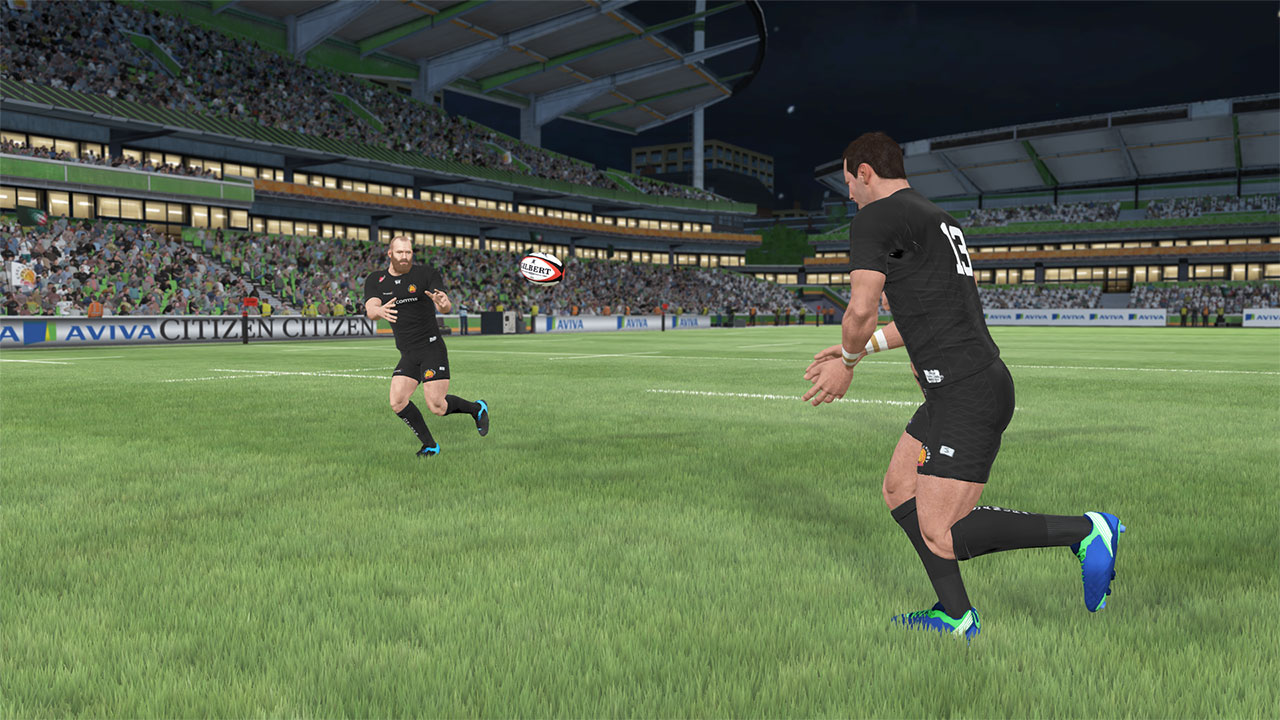 Is it impossible to make a good rugby game? No, definitely not. But the longer it goes, the more I think the chances of us ever getting a truly great rugby video game become increasingly slim. Jonah Lomu Rugby back on the PS1 arguably remains the benchmark by which other rugby games are judged, and while that game was an undoubtedly enjoyable affair, it was far from ever being great (don’t let those rose-tinted glasses blind you from the truth). More recent releases such as last year’s, Rugby Challenge 3 proved to be decidedly decent takes on the sport, but like most attempts, its more positive aspects were held back by technical issues and a comparative lack of budget. It’s probably unfair to compare them, but when you’re being asked to pay full price at retail, you can’t help but hold up these games against the infinitely more polished likes of FIFA, Madden and NBA 2K. When held to these lofty standards, the likes of the solid but technically underwhelming, Rugby 18 really don’t stand a chance.

Is that fair though? Probably not. Like so many things in life, it comes down to a matter of expectations. I don’t think any rugby fan out there is realistically expecting a video game that can match the likes of Madden et al, and if you can temper those expectations, there is certainly plenty to like about Koch Media’s much improved, Rugby 18. It’s still somewhat ugly, technically limited and dogged by a lack of content, but despite these rough edges, it manages to deliver a surprisingly robust recreation of the sport thanks to some much needed refinements to its gameplay and a handful of wisely implemented changes.

These updates and refinements to the tackling and standard set-piece systems make for what is a much improved follow up to the critically savaged, Rugby 15. Tackling is still a little inconsistent and player movement is often erratic, but with its enhanced animations, what appears to be improved AI, and above all else, a new visual indicator letting you know the potential success rate of any attempted tackle, Rugby 18 feels like a much more polished experience. 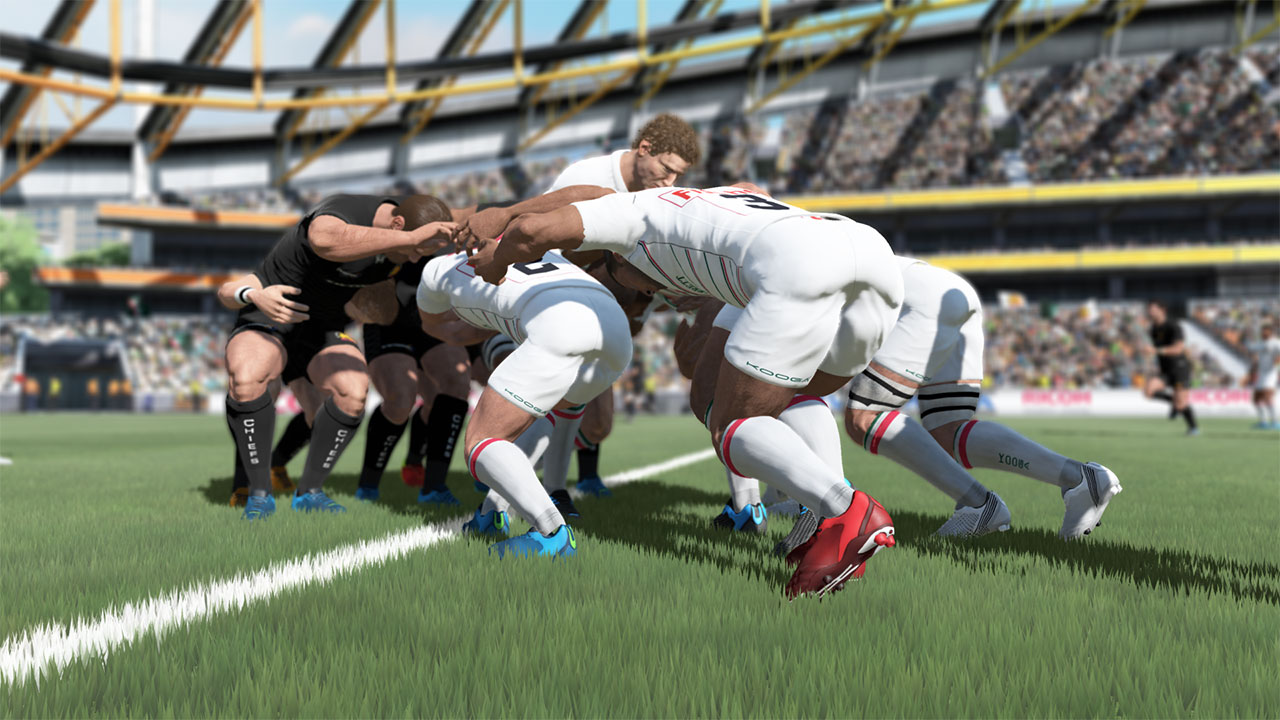 The biggest change however comes in the form of the new systems implemented for rucks, mauls and scrums. In what is a complex sport, it is often the set-pieces that prove rugby’s most bewildering obtuse aspects. What is here, while far from capturing the nuances of the sport, manages to keep things straightforward and thus the speed and flow of the overall experience nice and steady. Rucks are a simple matter of adding players at the right time with the coloured ring that surrounds play clearly indicating who is controlling the ruck at any given time.

The same is largely true of mauls and scrums – Rugby 18 essentially turn these into mini-games with the chances of victory a combination of personal skill, team rating and current field position. Beyond the standard coloured rings, an extra marker is added, thus creating a rudimentary game of what amounts to virtual touch. It’s a simple mini-game in its own right, but one that does manage to capture the essence of what is trying to be achieved out on the field. Naturally it simplifies the set-piece (arguably too much), but it does provide a clear indication of the current battle and who is in control at any given time.

With lineouts also solid and kicking decent if a tad awkward at times (I’m never far from clumsily kicking to touch when under pressure), Rugby 18 delivers solid fundamental gameplay that, while undoubtedly flawed, provides a strong base for the core experience, a base that manages to capture the sense of hard-fought forward momentum that makes rugby so exciting to watch. Don’t get me wrong, there is still plenty of room for improvement, but what is here delivers one of the stronger interpretations of the sport for quite some time.

It’s a shame then that the rest of the package can’t match the solid core gameplay. Visually, the game, while improved over previous entries, remains a bit of a stinker. More effort has been made to capture player likenesses, but for the most part, players look rubbery and poorly defined. The stadiums benefit from improved lighting, but the crowds looks very poor, and like the rest of the game, suffer from PS3-era textures. Again, I appreciate budget limitations are a major part of the problem here, but compared to the almost lifelike recreations of Ronaldo in Pro Evo and LeBron James in NBA 2K, those found in Rugby 18 feel almost laughably last-gen. 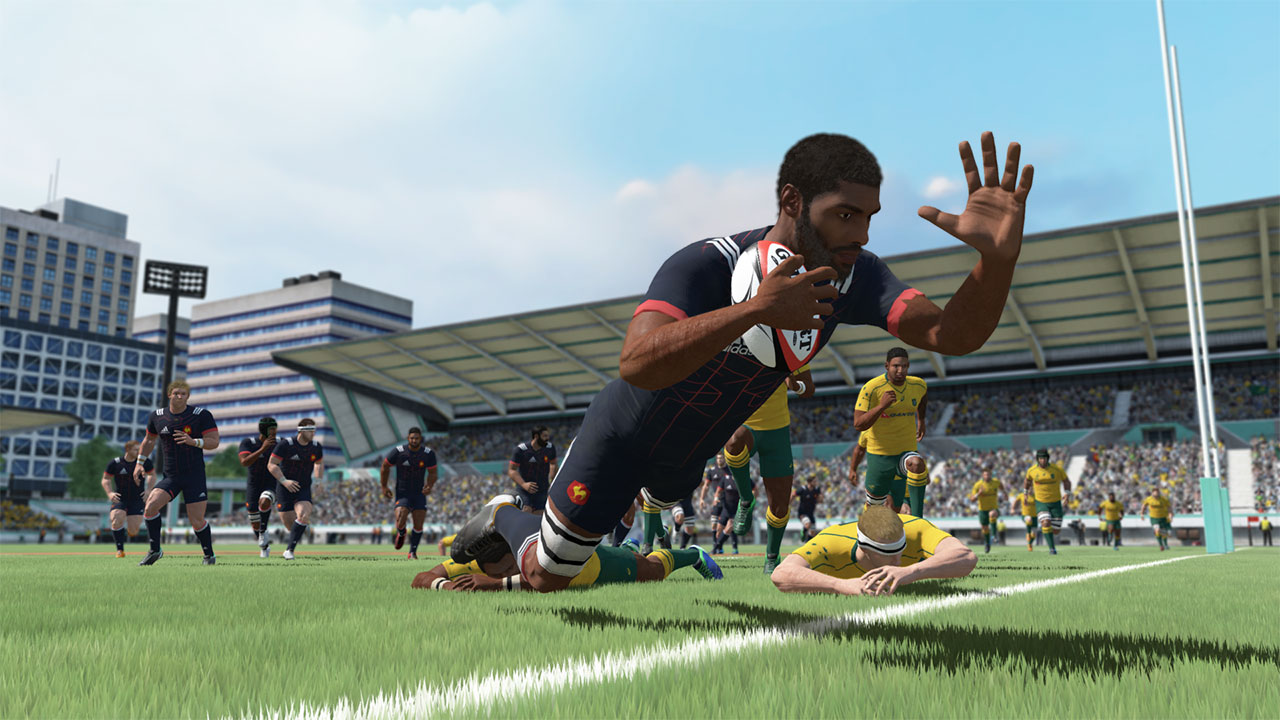 The other major issue comes via Rugby 18’s comparative lack of game modes. There is a decent selection of Union leagues to choose from alongside the usual selection of international teams (despite the usual selection of disappointing omissions), but with basic exhibitions, a career mode and a FIFA Ultimate Team style online mode being the only options for play, it again pales in comparison to the feature rich sports games that most of us have become accustomed to. Still, like so much else in the game, what is here is actually pretty good. Finding games online can be tricky, but the star based fantasy team mode is a step in the right direction even if the career-like league mode remains the most well-rounded and compelling of the options available.

The importance of a proper tutorial also shouldn’t be overlooked. Given the complexity of the sport, it’s amazing how many rugby games haven’t seen fit to include a proper tutorial. The one here is hardly groundbreaking, but the inclusion of one at the start of the game makes a huge difference and certainly helped me hit the ground running when I got down to the business of competitive play.

It’s technically uneven, it has a relative paucity of game modes, the commentary is pants and the gameplay is still occasionally erratic, but thanks to its strong core gameplay, simple but effective set-pieces and convincing recreation of the ebb and flow of the sport, Rugby 18 belies its shortcomings and limited budget to deliver a relatively decent virtual interpretation of what is a very complex sport. It’s not is the same league as the FIFA’s and NBA 2K’s of this world, but judged upon what has come before, this has to go down as one of the more successful rugby video games of the last generation…..even if that isn’t actually saying much.