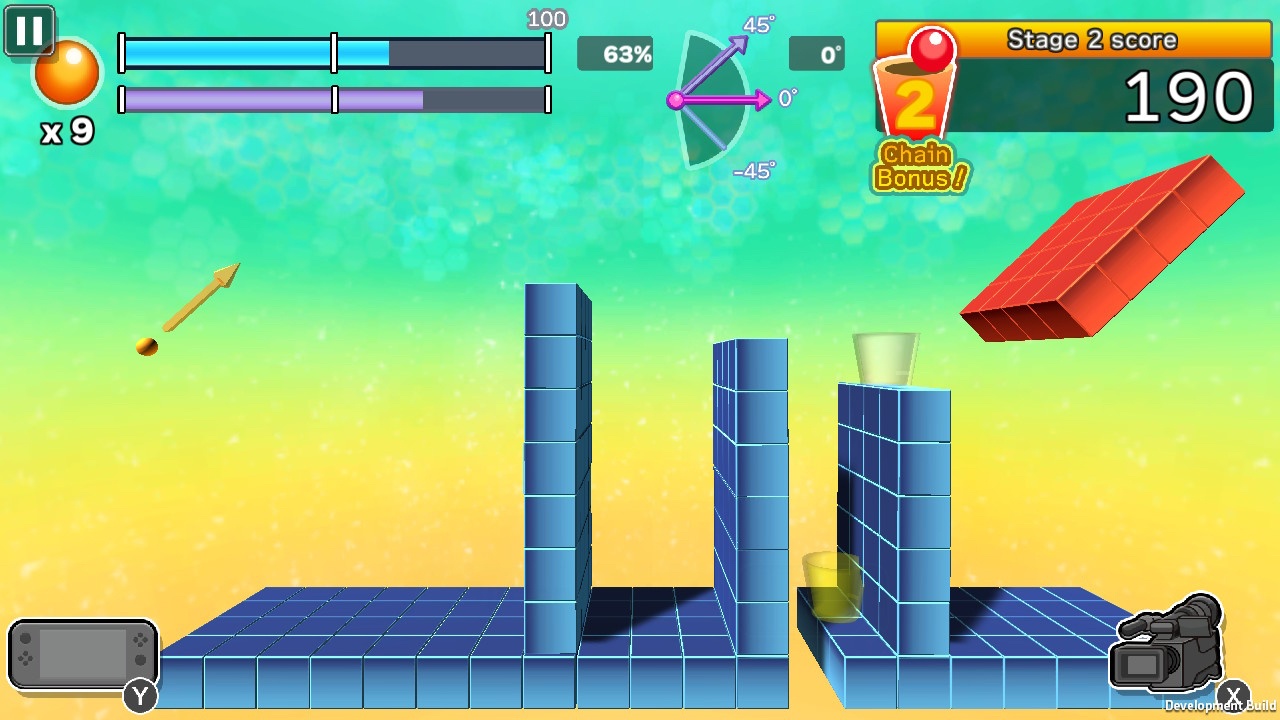 Super Ping Pong Trick Shot, despite having a fairly long name, is also a pretty cut and dry puzzle game about being able to nail some incredibly difficult goals with a harsh environment around you. If I had to guess, I would imagine the development team really, really wanted to have beer in the cups where the balls are supposed to land, but Nintendo said no, so here we are instead. There’s nothing wrong with wanting a beer pong puzzle game, and I would have been game, but you know how Nintendo is. Actually, does anyone know how Nintendo is, anymore? Next month we got DOOM and LA Noire landing on the Switch, and Butcher was the craziest murder spree I’ve played in years. After Senran Kagura finally hits the Switch I won’t know what the hell Nintendo is about anymore. Kudos to evolution.

Firstly, I do have to give credit to the development team for trying to do something very diverse with their game. Controls are pivotal to interacting and enjoying any game, and Super Ping Pong Trick Shot, despite any other flaws, is trying all manner of interfaces. You have button control for the full gamepad, for one JoyCon, for touch screen and even gyro control for motion play. I mean, don’t get me wrong, I really didn’t like the motion controls (pretty erratic and frustrating to use), but having the option and having a developer take a chance was really cool. Again, having said that, I highly recommend using controllers: touch controls felt too soft and often lead to wasted shots, and motion controls lead to dropping the ball straight down or hurling it off into the sun. I didn’t solve a single puzzle this way and quickly gave up because this isn’t a controller review, it’s a game review. 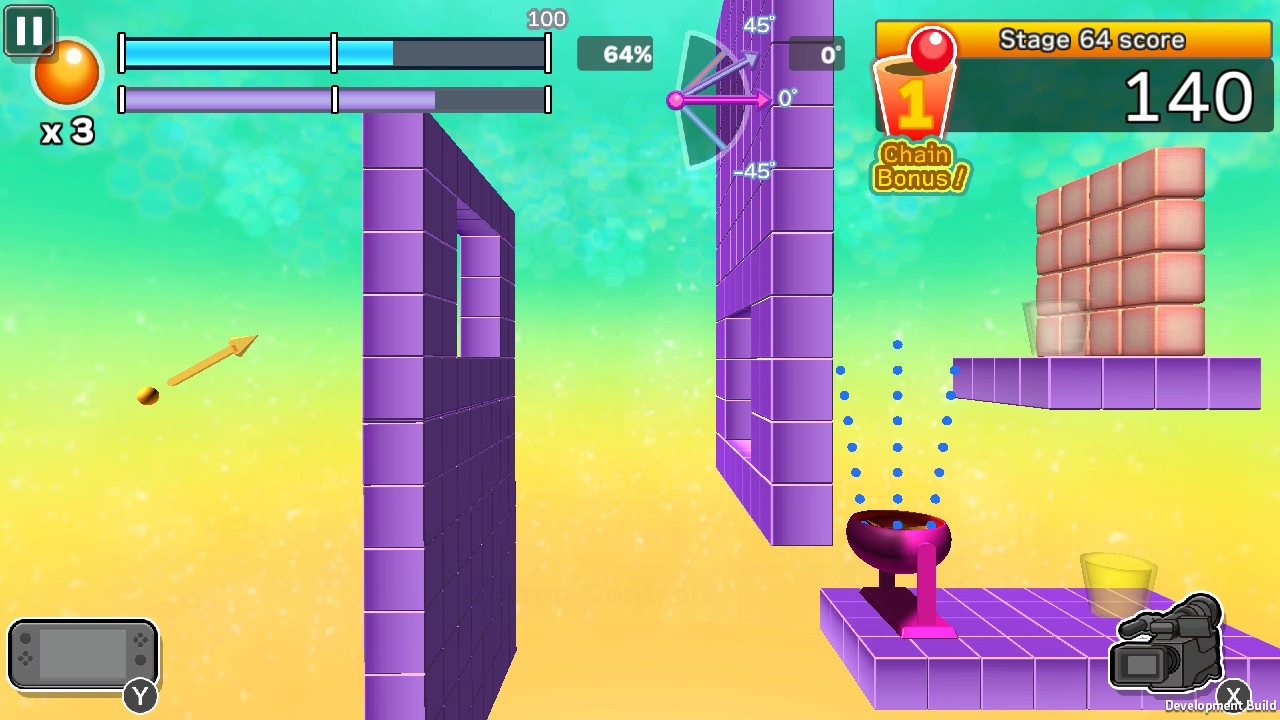 You have eighty missions of Super Ping Pong Trick Shot, and you can jump forward or backwards at any time to any one of them. Each stage (with the exception of the first) involves some kind of obstacle or trick to prevent you from easily getting your ball into the cup. For example, there’s giant fans that blow you around, spinning platforms, teleportation panels and buttons that need to be pushed. I applaud the devs for creating some variety in the levels, even though there arguably isn’t much.

In all honesty, once you’ve played the first ten you’ve seen every conceivable combination for what’s to come, though with certain caveats in place. The levels have three stars that you can accomplish, with one of them always being “get the ball in the cup.” It’s actually pretty great to try and get all the missions accomplished, with ones like “under 20 seconds,” or “bounce three times before getting in,” being in place. It’s something where, if you like the game, you’ll love the amount of variety that’s baked in for what you need to do. 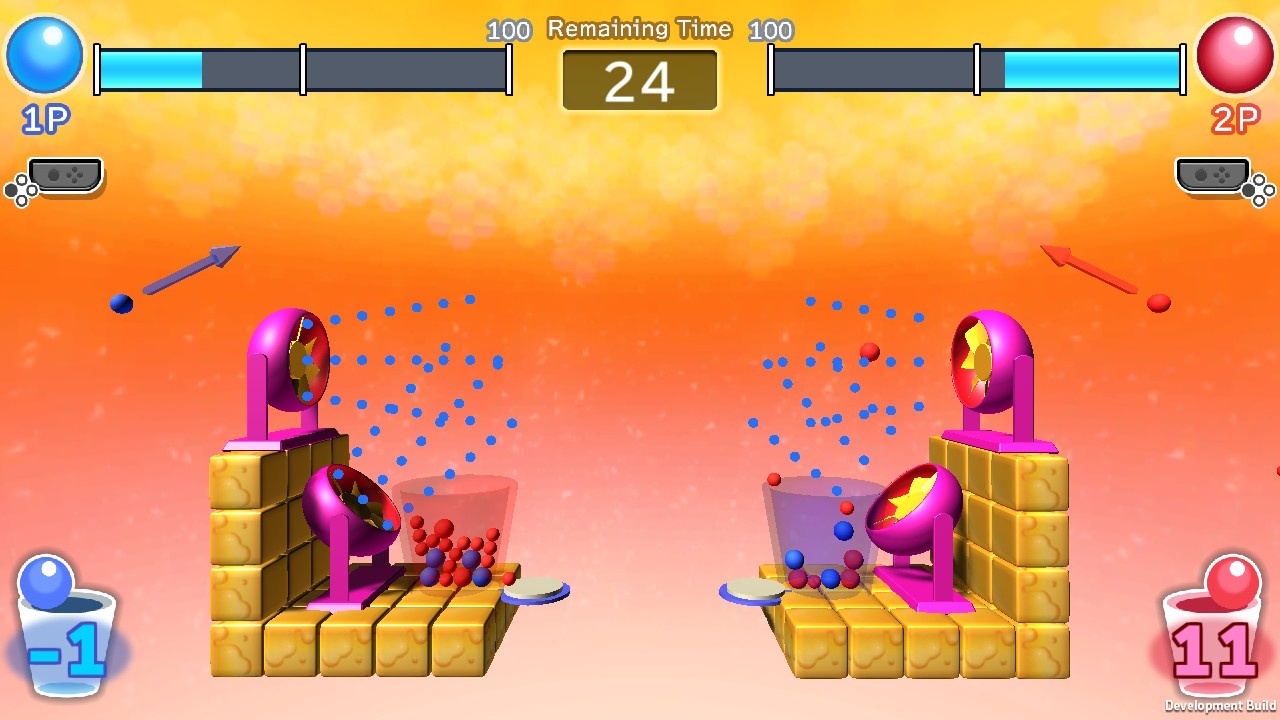 Graphically, this game is bordering on ironically hilarious. Super Ping Pong Trick Shot looks like something that would have been made in the mid 90s to show how computers could now make 3D models and this was the future of gaming and art as we know it. I want to crap on it, but, honestly, I can’t. There’s actually a certain charm to it, a retro future vibe that fits in well with the resurgence of 80s influenced culture (vaporwave) that makes me like it. You don’t need to create something flashy in order to gain interest or attention, and I kept playing. I realize I’m a game critic, but I easily kept playing, less like something I absolutely HAD to play and more like something I didn’t mind playing. I liked seeing how things were designed and wanted to keep on moving forward.

Without a plotline to speak of, secrets to be found or a soundtrack worth mentioning (it’s pretty standard “background puzzle music”), this review of Super Ping Pong Trick Shot feels terribly short, but there’s not a lot to sell it on. Much like the Physical Contact series, this is a fun game for a casual stint that a lot of people can take or leave based on their opinions of the first five minutes. I implore the developers to try and revamp the motion controls to be more intuitive and straightforward in execution, because this could become a really great party/drinking game in the right environment. Who wouldn’t want to set up impossible beer pong shots and taunt your friends as they try and bounce off six walls, ride the fan and sink it in the white cup? If you’re even mildly interested, a minor investment could get you hours of fun. I’d say go for it, even if you never play it again after one rainy afternoon.