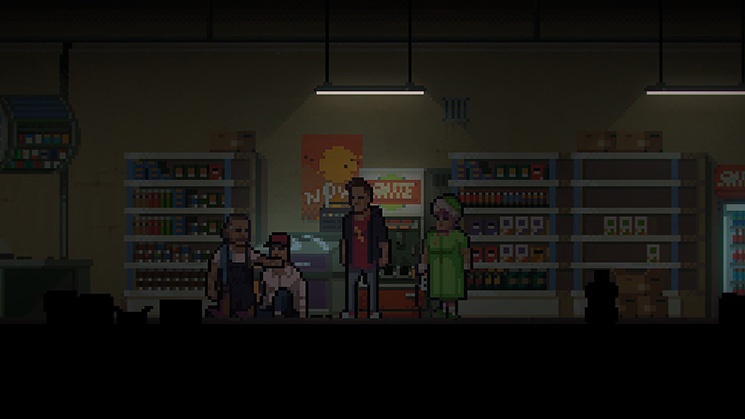 The Long Reach. Three words that have haunted my days and nights for the past week. If I’d have thought that a pixel art game like this had the capacity to chill me to the bone when I started playing, I have to ask if I’d have clicked “New Game” at all in the first place. However, if I had taken the cowards way out and decided to swerve The Long Reach then it would have been a total injustice.

In more than one way, I was blown away by this game. As a huge horror game enthusiast I eagerly anticipate new releases that I know are going to scare me into a few fresh pairs of undies, lately we’ve had gems like Layers of Fear, Outlast 2 and Resident Evil 7 but what I didn’t expect is to be moved to actually looking away from the screen in The Long Reach. A side scrolling pixel art puzzle game that shocked me so much that I had to give myself a moment to let my heart rate slow every now and again. 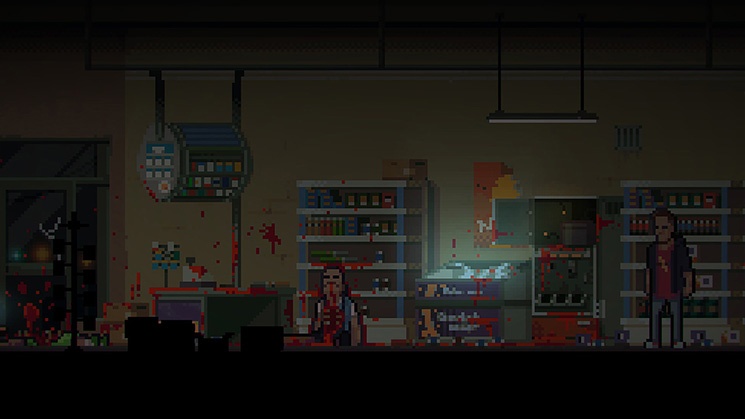 The gameplay is simple enough, you walk around certain areas and collect items, trigger events and learn from your environment in order to solve puzzles that will advance the narrative. You’ve seen this before in point and click games for decades. But not like this. The Long Reach takes it one step further and turns that formula that we’re familiar with and puts a disturbing and almost demented spin on it. The story follows an experiment gone wrong where scientists were trying to allow people to transfer skills directly into their minds. For example our protagonist plays the piano perfectly with no practice at the start of the game. This infects the minds of test subjects and then the people around them, haunting their minds and turning everything they see into a living nightmare. What you fear most appears before you.

It sounds like a Stephen King novel and that being said, who wouldn’t want a brilliantly crafted Stephen King video game? That’s the kind of vibe I got from The Long Reach. It’s difficult, sure. Some of the puzzles are obscure and might take a while to figure out but with enough ingenuity you’ll get there in the end. I can’t explain how brilliantly written and pop culture obsessed this game is. Every room and conversation holds something for the pop culture lovers out there.

I should talk more about the art style and how the game looks. I say that because it’s one huge part of the game that surprised me the most in terms of enjoyment. I’ve never been the biggest fan of pixel art but this is the exception. It truly is an art form and it makes the world so much more difficult to creep through. Not being able to make out whether that’s a shadow of someone lurking and waiting to pounce on you or just a plant in an office, that’s what makes this one of the most brilliant horror games I’ve played in recent years. 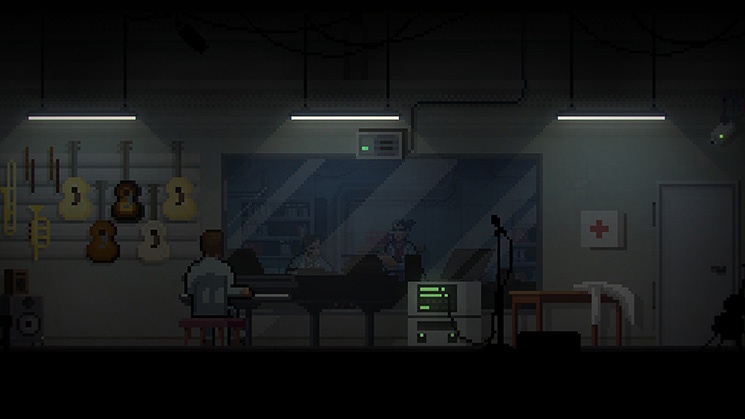 The music in the game is hauntingly beautiful too. There’s something so subtle about it at times that when it really kicks in you jump out of your skin. It’s those little moments where you realise the attention to detail that really has been filtered into this world that the developers have crafted.

Personally, I find myself thankful that in a world where we have huge expansive adventures like The Legend of Zelda: Breath of the Wild and AAA horror titles like Resident Evil 7, there’s still a place for a crazy, self contained, funny and horrifying title like The Long Reach. With fear of using hyperbole I would like to say that this game may not be one of my favourite games to play on my Switch but may also be one of the most perfectly crafted video games in recent memory.