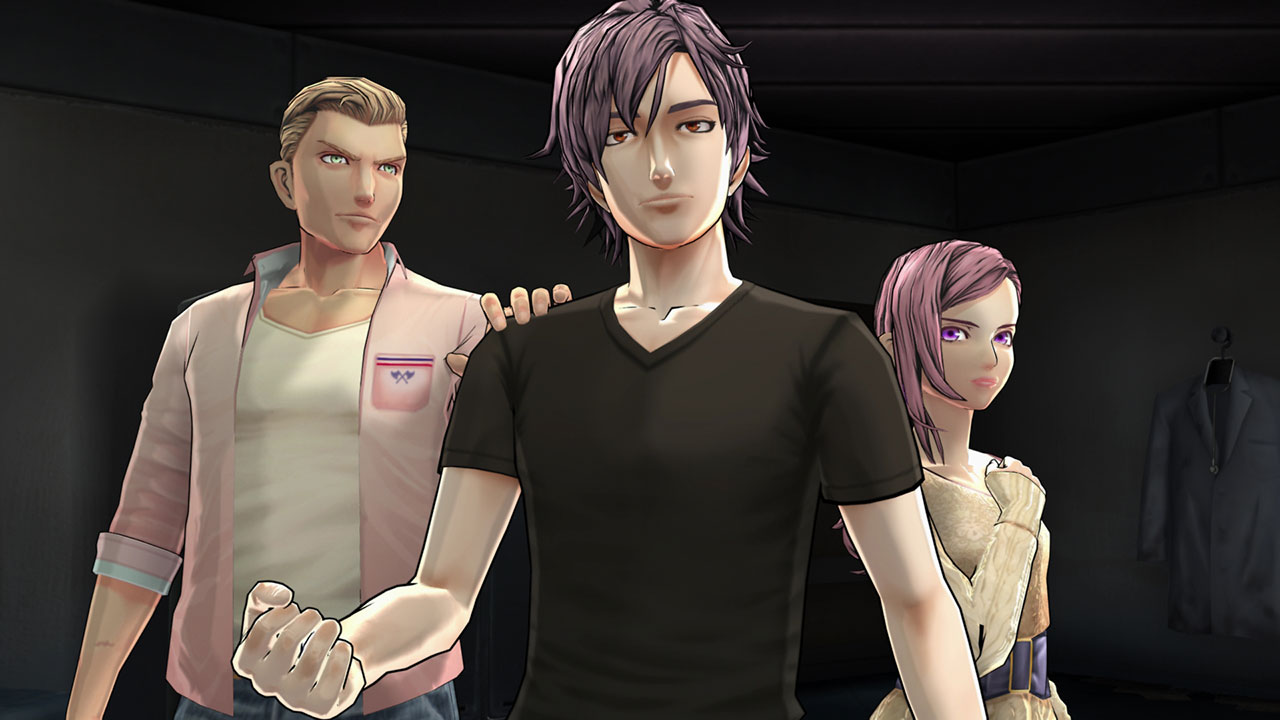 Last week, for the very first time, I’ve played a title which I would never even consider touching with a ten-foot pole, just a month ago. However, the title in question, Persona 5, turned out to be one of the best RPG’s I’ve ever played despite of its far-eastern façade. And while still on the high, after walking away from Persona 5, I’ve decided to give more Japanese titles a chance, as maybe there might be more to the Japanese games market than Metal Gear Solid, and Resident Evil. And this is exactly why I’ve decided to move from one Japanese game onto another, and selected Zero Time Dilemma, to be my next far-eastern experience.

Zero Time Dilemma, unlike Persona 5, is not an RPG. It is still heavy on its narrative just like the former title, but due to its nature, it is more like mobile-centric ‘escape the room’ games than Telltale’s The Walking Dead, or Quantic Dream’s Heavy Rain. As its core gameplay boils down to making choices, and solving relatively simple puzzles. And besides the two in-game activates, there’s not much more to it, as even the transitions are made for the player, so one doesn’t even have to walk from one room, to another. And such state of Zero Time Dilemma’s gameplay ultimately works against it, as limited user agency ultimately leads to boredom. 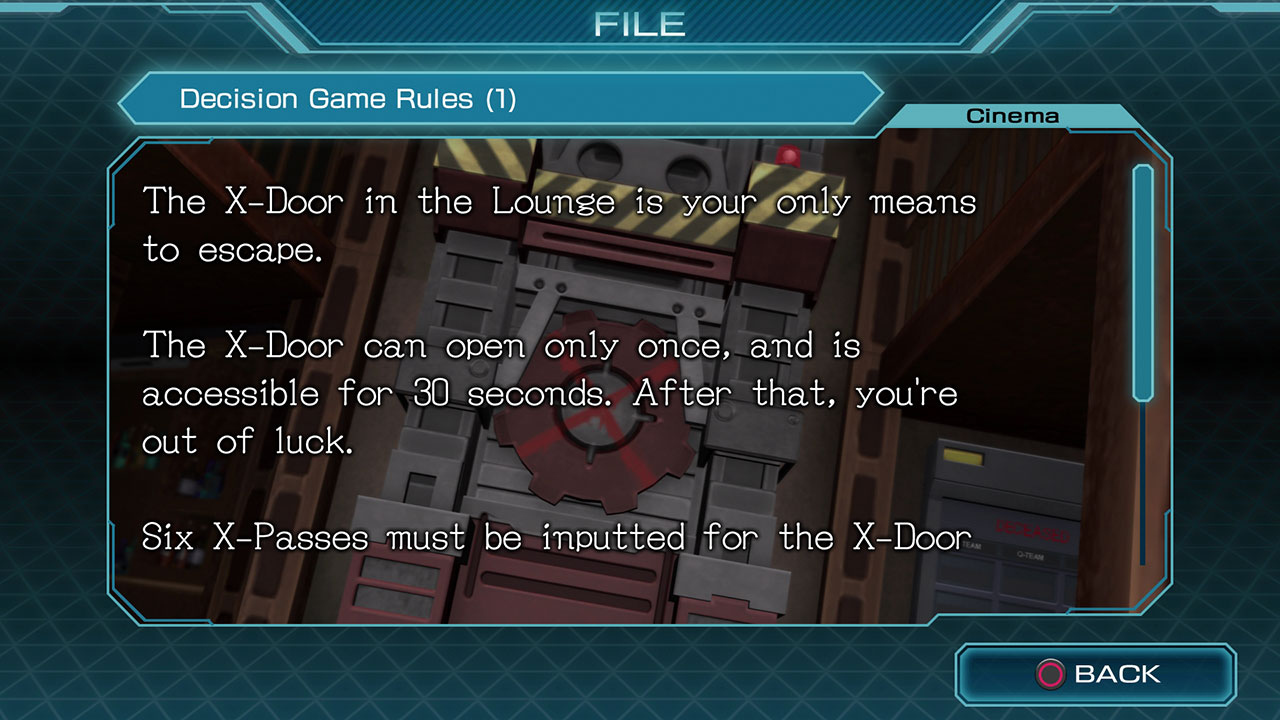 In truth, Zero Time Dilemma is more like an interactive film, than a video game. You watch a cutscene, make a choice, pick up a handful of items with a cursor, and move onto the next scene – rinse and repeat. And while the abovementioned activities may not come across as dull and repetitive at first, they grow tiresome with time, as certain scenes must be replayed multiple times, in order to achieve all the possible outcomes. And more often than not, one is forced to replay the same encounter over and over again, just to get one more tick on the plot’s flow chart. And it’s possible to argue that the intrigue which Zero Time Dilemma creates with its non-linear approach to the story, is enough to keep one moving forward, but in truth, the title’s structure is ultimately its final undoing.

At the beginning, the power to alter the story at one’s will is interesting enough to hook one in. However, Zero Time Dilemma does very little to expand its basic formula, and the initially impressive mechanic quickly begins to grind on one’s gears. And most will simply sit through the vast majority of the title, with their arms crossed, and controller put down, waiting for yet another poorly animated, and acted out cutscene to finish. And while the title gives one the ability to fast forward all the previously seen scenes, all in-game cutscenes cannot be skipped completely, meaning that you will have to watch each and every one of them, at least in part – with no exceptions.

Zero Time Dilemma, is an incredibly underwhelming title on each and every level. And the fact that its audio-visual façade is simply shambolic, and is more of a laughing stock, than a tool of narration, doesn’t help either. As one can only stomach so many poor animations, lacking sounds, or even missing scenes. As Zero Time Dilemma has a habit of replacing cutscenes with still shots of the celling. So, if you want to watch one character cut the other one down with a chainsaw, then you are out of luck, but if you want to have a look at a handful of lamps, ceilings, and showerheads, then you’re in for a treat. 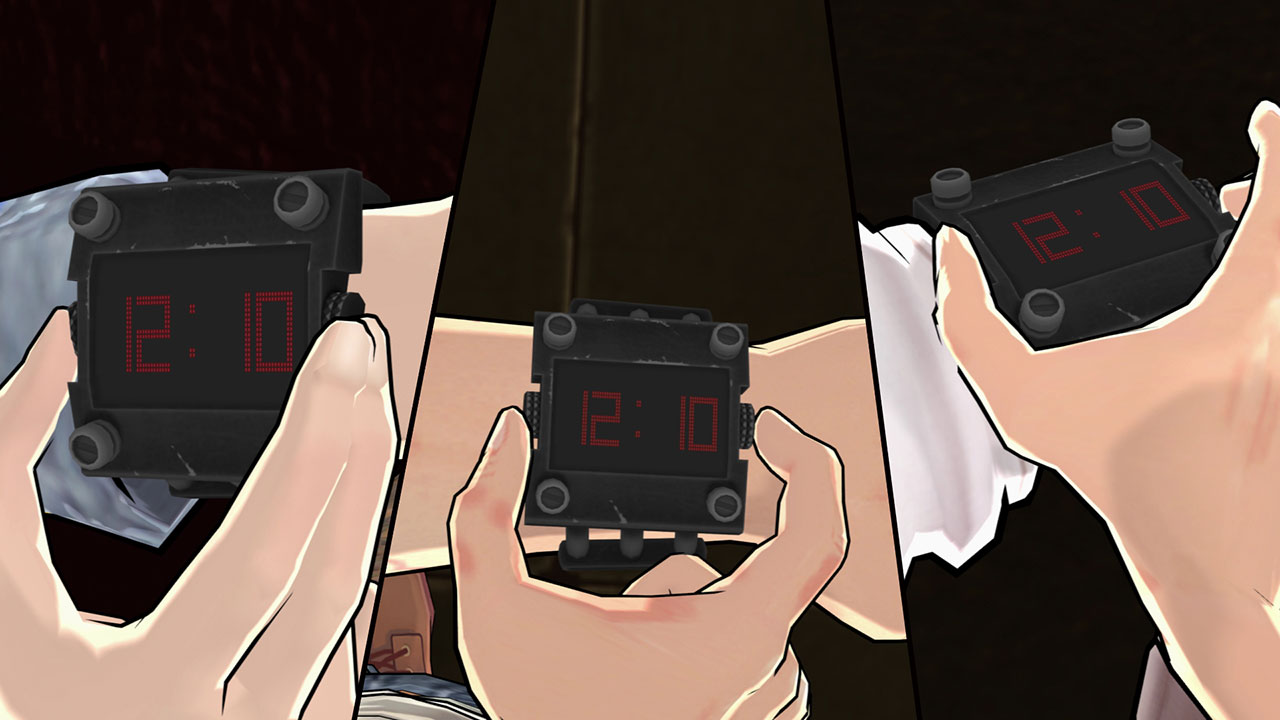 Zero Time Dilemma is a mostly tedious, and repetitive experience, which is full of tropes and stereotypes, which do not translate well into the west. However, it allows the player to get into the game like no other, as most will probably fall asleep while playing the game, just like the on-screen protagonists. And just like Carlos, and the rest of the gang, I’ve found myself slowly drifting away on few occasions, and similarly to the game’s cast, I’ve also forgotten what I was doing, simply because I slept through numerous scenes – only to find myself staring blankly at the in-game screen which was now lit up like a Christmas tree due to me unlocking a handful of new paths.

Subsequently, the title at hand is not entirely bad, as some – mainly weebs – will find it to be a gripping and enticing experience. However, an average western gamer should probably stay far away from this particular title, not just because it is what I like to call a ‘’trash for dweebs’, but because it is nothing more than a cheap port of a year-old Vita game, which simply feels out of place within the western market. But if you own a full range of hentai body pillows and Japanese manga – which you can’t even read, then you are probably going to fall in-love with Zero Time Dilemma, head over heels.