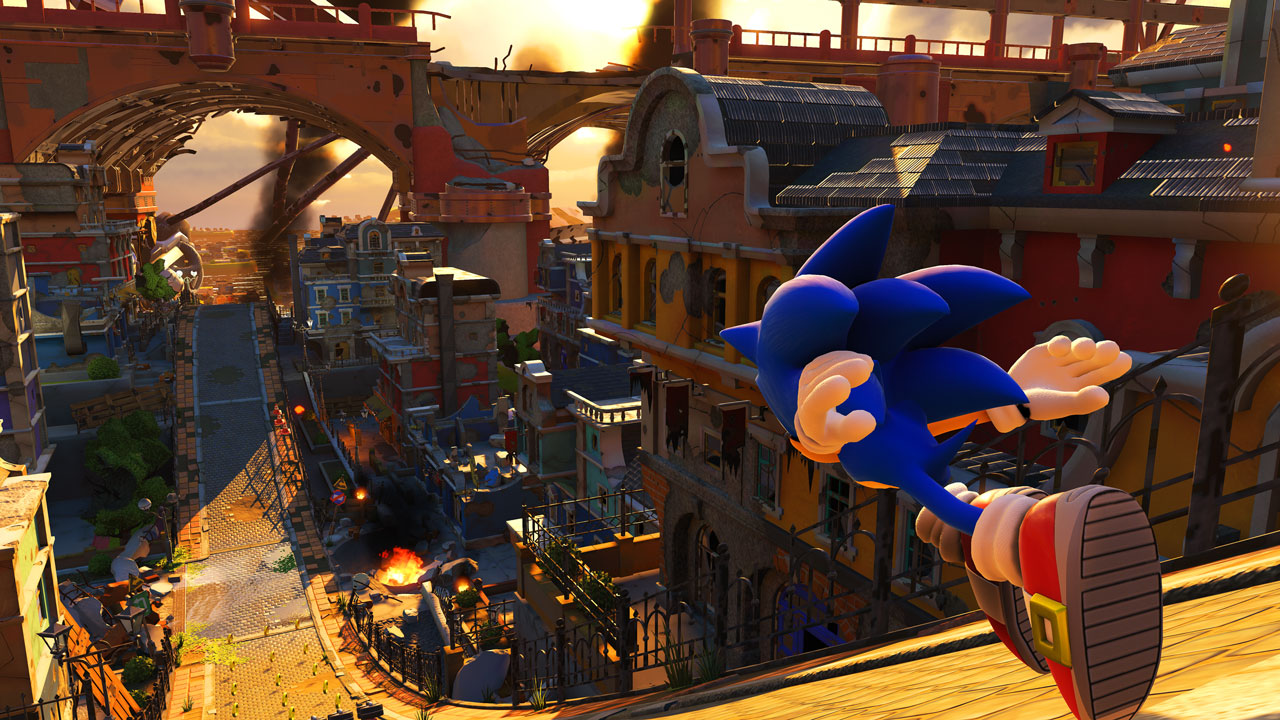 It’s been a few years since we last saw the famous blue hedgehog in action when it comes to the console AAA space, the series had it’s ups and downs over the last decade from the forgettable Sonic 2006 to some great games like Sonic Colors and Sonic Generations so how does Sonic Forces Stand out towards it’s predecessors?

The one thing you’ll notice is the direction of the story is unlike any previous sonic game, it seems to have a darker tone. Dr Eggman tries to take over the world and succeeds, the game starts with sonic trying take him down but a new mysterious villain named infinite comes along and stops sonic, he then gets put in to space prison and it’s down to your avatar that you create in the game to save him, once sonic is saved you form a resistance to take out infinite and Dr Eggman’s army to restore peace in the world. Classic sonic also makes his return to help out and you get to play as him in some of the stages, you also bump in to some familiar foes along the way. The story was well written and every moment felt important throughout the game, the voice acting was superb on all characters especially Infinite. There was never a moment where the voice acting was cringe worthy, the cut scenes were high quality it looked great.

The gameplay and controls felt fluid with most of the playable characters but classic sonic was pretty basic since he never had boost or any other ability like the others but he still has his classic spin dash. The classic sonic stages were there to add variety to the game since it switches the game from 3D to 2D as a throwback to suit the gameplay style of classic sonic. It was pretty much like Sonic Generations with a few tweaks. The play style with modern sonic was extremely satisfying since he’s the fastest, his boost was really testing the physics of the game. Playing with your avatar felt new and fresh, your avatar wasn’t as fast as the others but you get some cool wispons which is basically weapons, you get to use burst which is a flamethrower, lighting That shoots out electric and many more weapons that have importance when you’re collecting special rings on each stage. These wispons help you clear enemies easier and it doesn’t slow you down, shadow’s play style is just as good when It comes to speed. 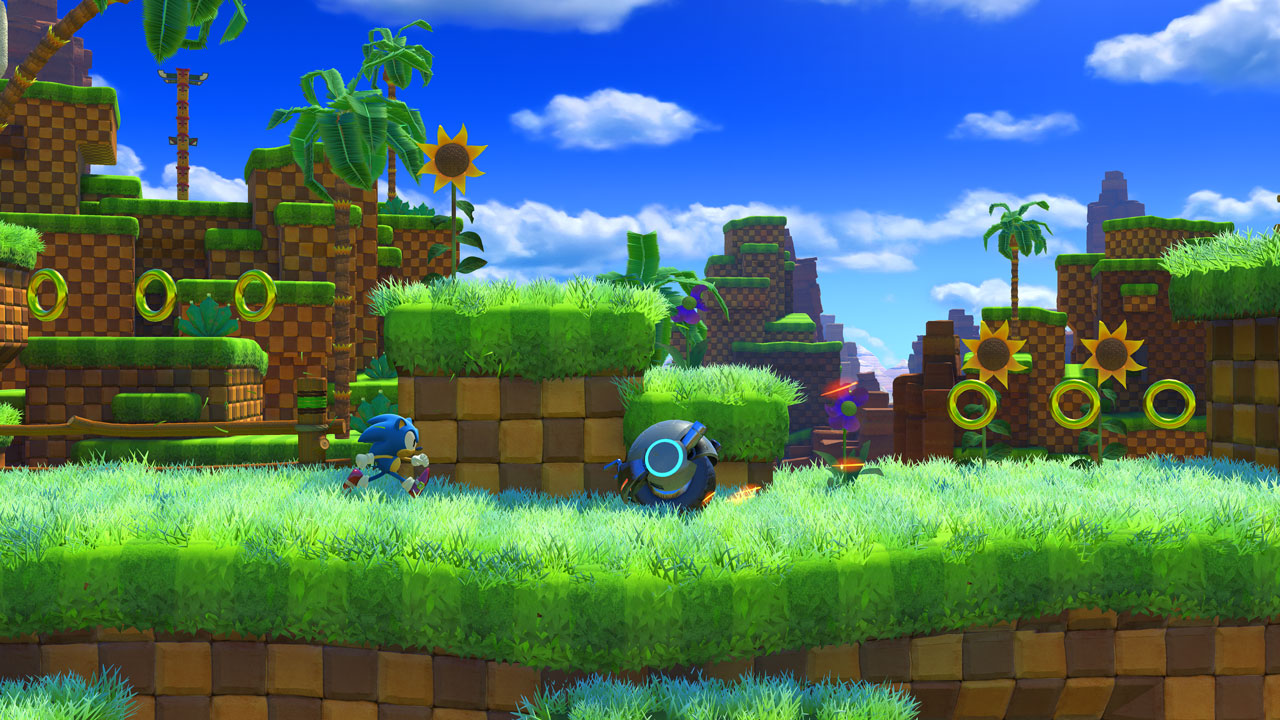 The 3D levels had some great platforming and it takes good skill and timing to get S ranks, during some moments it felt like the game was on rails and I found myself doing quick time events, some of the set pieces looked cool and the camera work made certain moments look epic. The Avatar creator in this game is a welcoming feature and it gives you a chance to create your own hero, you’ll unlock new gear and wispons everytime you clear stages and get S ranks. The customisation is pretty good but it doesn’t have enough colour options, you can create a male or female and the type or hero you want it to be. The game also pays homage to Sega’s classic IP’s like Nights, Jet Set Radio and the most recent Persona 5 with some gear, It was indeed a nice touch especially when it comes to fan service.

The game wasn’t as long as sonic generations but there was enough content and value especially knowing that the game wasn’t at full price like most AAA games in the market. You also get Episode shadow which gives you an insight on the events leading up to the main game. Some boss fights were good but not all of them were as difficult, you still get the secret stages, sos missions and regular daily missions that help you unlock more gear for your avatar. There’s plenty of replay value especially when you start playing the game on hard, you get online features like leaderboards which allows the game to be more competitive, you can compare times and scores to your rivals. 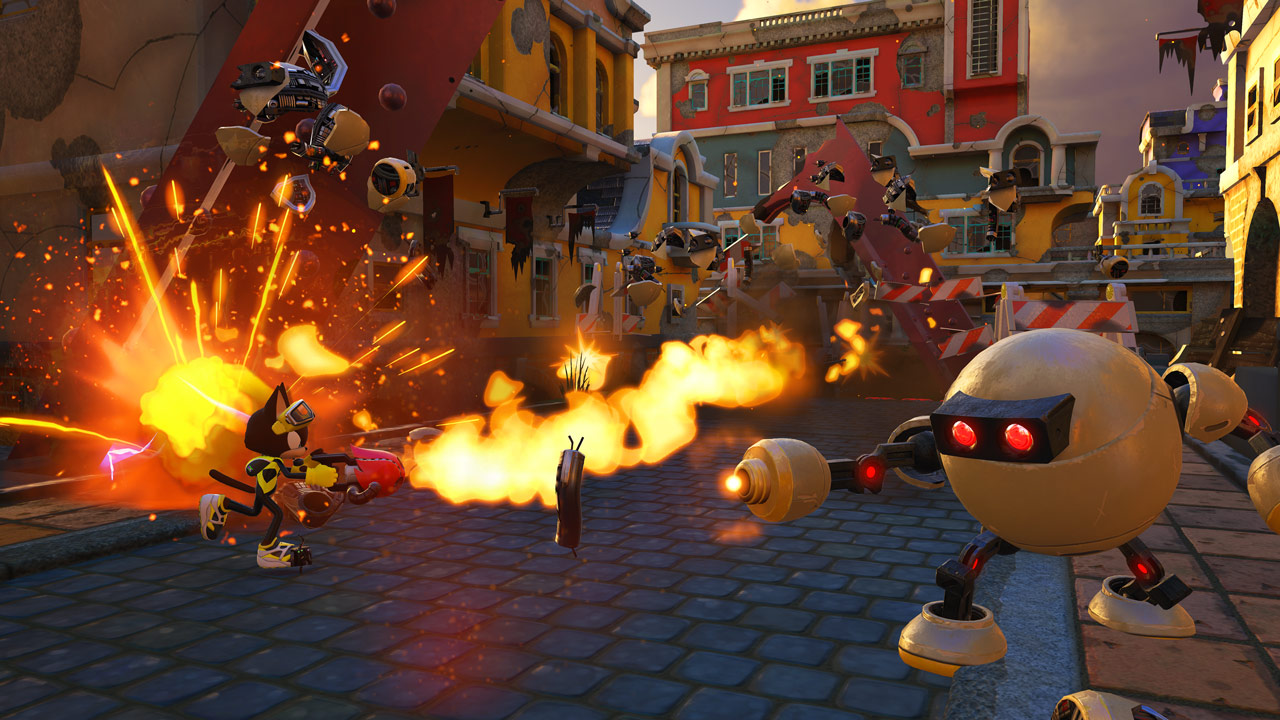 The graphics in Sonic Forces were pretty looking, the backgrounds were detailed and the character models and animation were looked incredible. The colours were vibrant especially on the green hill and city stages. The lighting and particle effects really made the game stand out. Sonic Forces was running at a blistering 60 frames per second and it made the game a lot more gorgeous to look at.

Sonic Forces was dark but at the same time is was charming and beautiful to look at. The soundtrack was the best I’ve heard in a sonic game since Sonic Adventure 2, it was enjoyable from start to finish. If you’re looking for a great platform adventure that’s competitive then Sonic Forces is definitely a game worth playing.