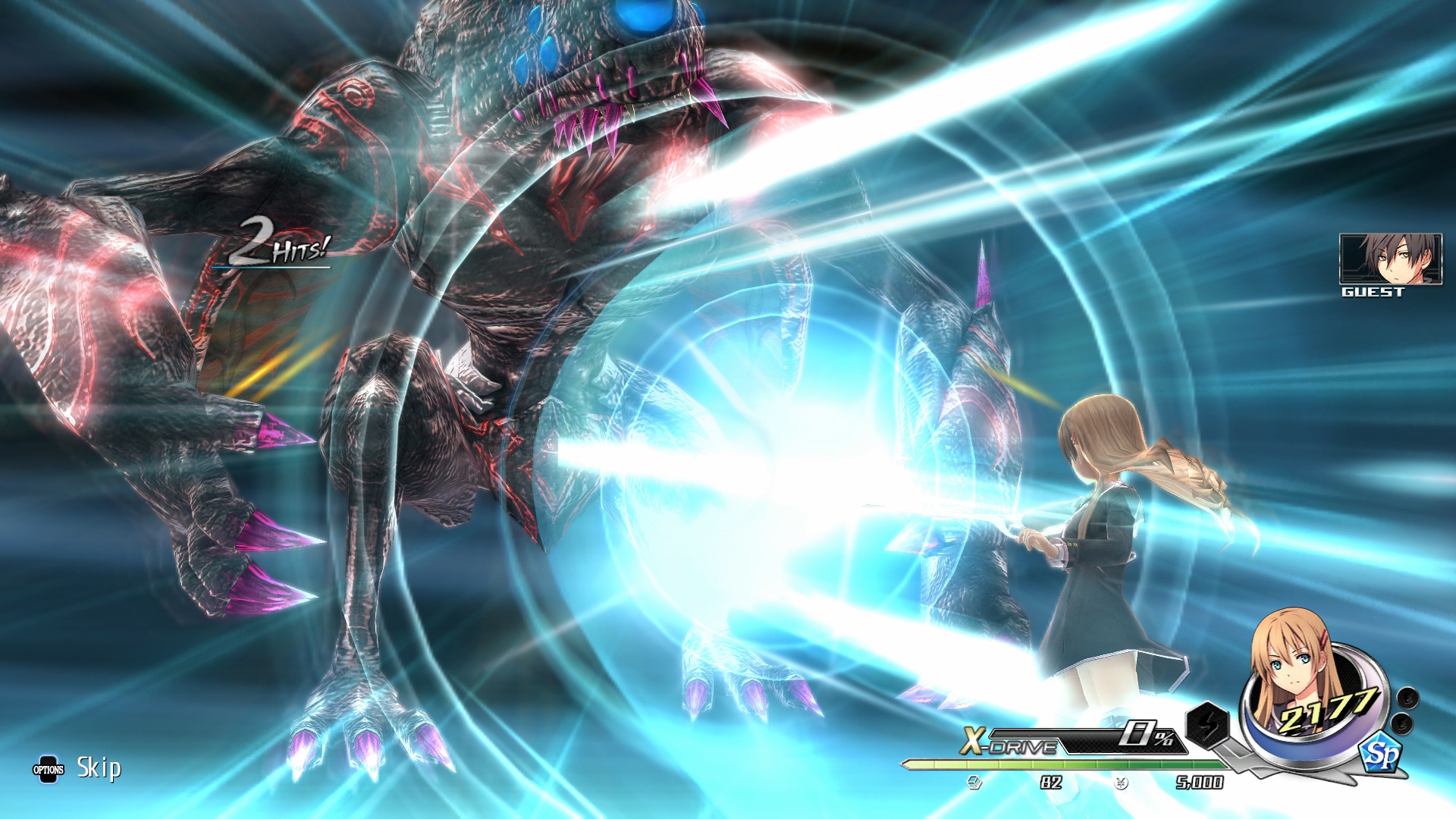 Tokyo Xanadu EX+  is a JRPG by Nihon Falcom. Though the developer is known for the Ys series, Xanadu differs greatly as far as the universe and the way story progress is handled; however, the fast and furious combat remains the same at the core.

The main character, [name], is your average high schooler until he witnesses Asuka and two punks who’d been pursuing her get sucked into a frightening red crack in the very fabric of reality called a Gate. This sighting is the first of many in a series of mysterious occurrences across your hometown that will inevitably throw Kou and everyone he happens to be friends with into a quest to fight monsters, close these rifts in reality, and save the day–again and again.

Gates lead into the Eclipse, a realm that infringes on reality. Regular humans who go inside don’t come back out, but for Wielders like Kou, there exist weapons called Soul Weapons that can defeat the monsters known as Greed.

During your free time, you are able to socialize, shop, and take on quests.

Affinity Shards are expended to initiate friendship episodes, which tells you more about the character in question and deepens your bonds. Just speaking to students and faculty scattered about the map adds additional info to NiaR, which I thought was a neat way to handle character bios. NiaR is a social app on your Xiphone through which you can keep track of the story thus far, character profiles, monster info, and quests as well as do some cooking. 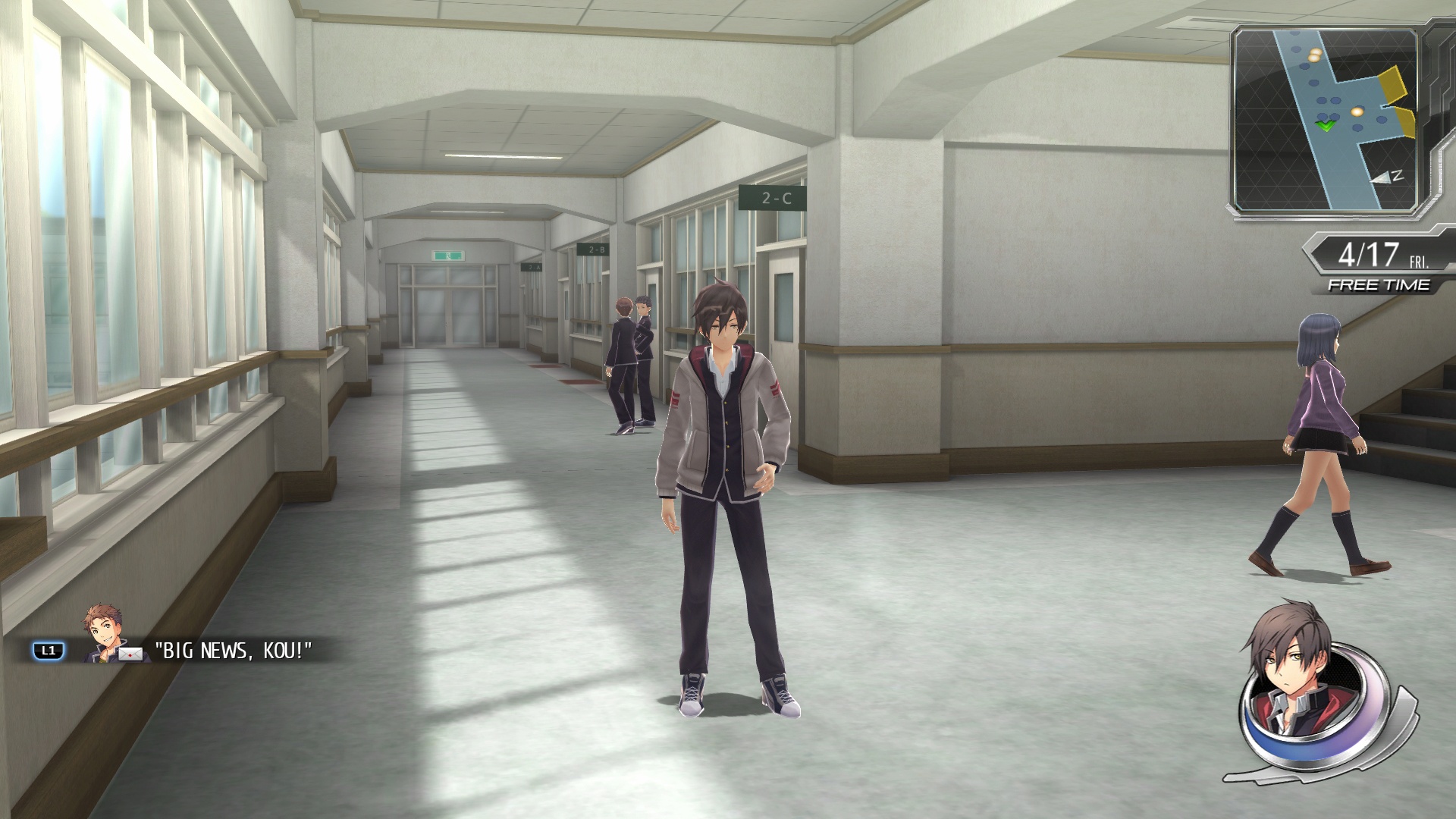 NiaR also allows you to keep track of your own profile, which details your growth in one of three stats: virtue, wisdom, and courage. Each stat can be improved upon by completing quests, visiting the library, clearing dungeons with a high ranking, and choosing the correct dialogue options during classes. After your rank goes up, you can speak to your grandfather at the Kokonoe Shrine for a useful reward. The system works like a sort of “lite” version of the Persona series’ character development.

There are various stores you can visit and they sell equipment your character, miscellaneous customization for your phone, buy healing items. You can also upgrade and socket your weapons with different elements by visiting the blacksmith. Equipment isn’t reflected on characters except for weapons, though there are costumes you can wear.

Quests reward you with equipment and gems, which can be traded for cash. They also allow Kou to increase his parameters.

Combat is combo based and plays off of elemental affinities. There are five in all: fire, steel, spirit, wind, and shadow. They work as a cycle (fire>wind>steel>spirit; and then back to fire) except for shadow, which deals greater damage against all elements. You’re able to take up to four people into dungeons and you’re able to see the elements to use beforehand. Unlike the Ys series, you only control one at a time, but you can switch between characters at any time using the triangle button. There are no points to distribute once you level up or new skills to learn; all of that is handled by upgrading your equipment.

Dungeons are scored based on performance and ranges from an S-ranking to a C-ranking based on the following parameters:

This allows you to approach dungeons a variety of ways. Are you the type, like myself, who likes to clear dungeons completely, killing every enemy and discovering every secret within or are you the speed running type?

There are four difficulty levels: easy, normal, hard, Calamity. They can be changed at any time, except for Calamity. I did have an issue with game balance early on: easy is way too easy and normal experiences a difficulty spike during boss fights that will have you spamming healing and revival items.

Cutscenes are full voice acted. Some can be on the lengthy side and I’d say there’s a 60:40 split between time spent reading/listening to character dialogue and time spent delving dungeons. 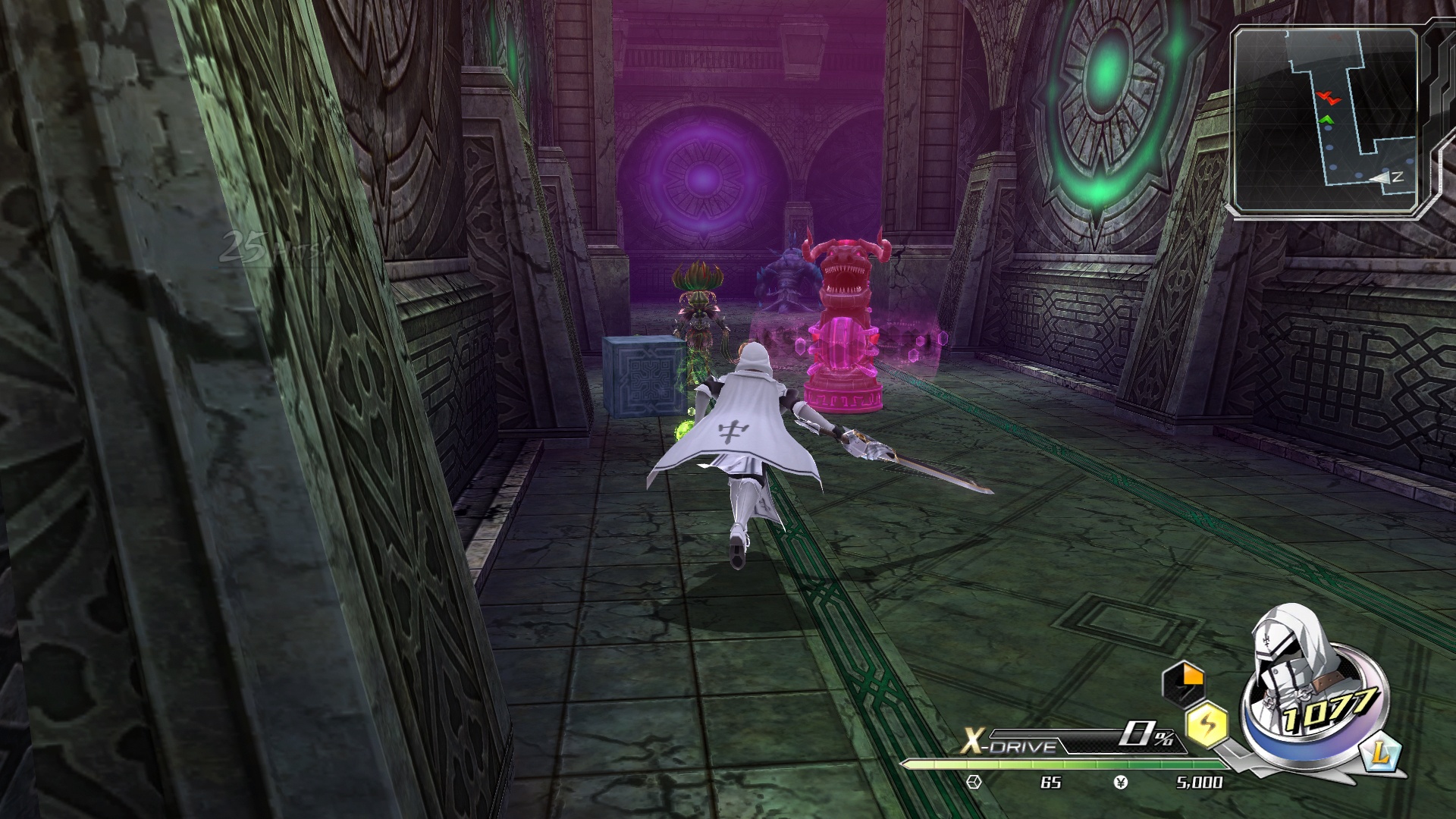 The “EX+” bit introduces a new side story and playable character: White Shroud. He utilizes a special sixth element, light, meaning that he’ll score an elemental kill against all monsters expect those of the dark element. He’s also quite a bit more powerful than Kou and his friends, though that’s understandable given his mysterious lone wolf act.

Music and art wise, Tokyo Xanadu does a great job. A lot of the ambient sound between cutscenes is catchy and upbeat, while the 3D character models are expressive and nicely animated. Speech boxes also get the 3D character model treatment so ofscreen characters also have a face. There’s a lot to like about the presentation, though fans of more realistic graphics won’t feel as thrilled as I was.

While Tokyo Xanadu EX+ may not win any awards for originality, it’s got just enough innovation in it to keep it from feeling stale. Fans of action RPGs, anime, and/or Falcom’s fast and fluid combat system will feel right at home.