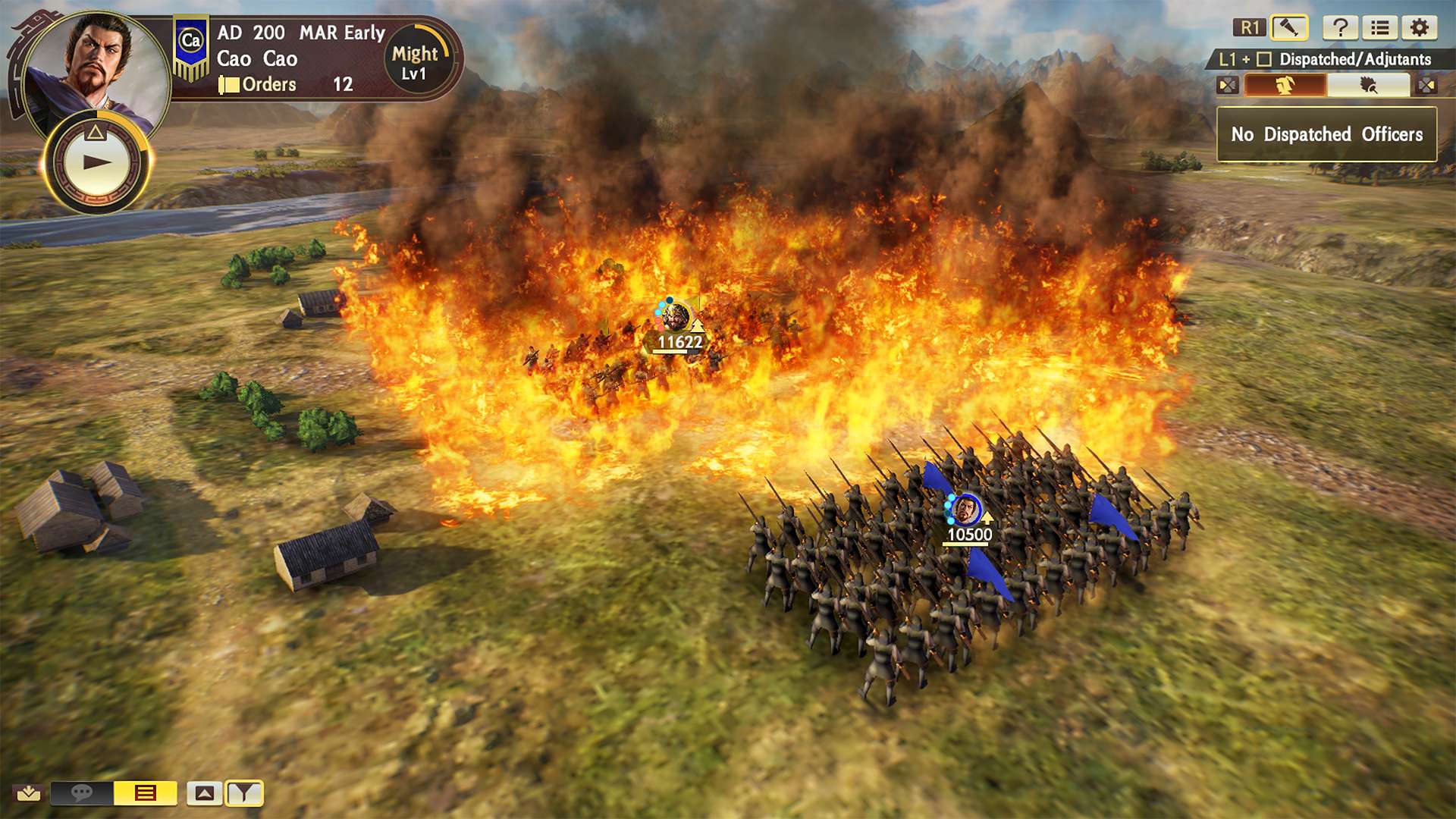 Jumping in to any series whose core mechanics have been built on constant iteration can be an incredibly daunting experience, but when that game happens to be a grand strategy title, and one with 35 years’ worth of iteration to boot, well, you could be looking at an almost insurmountable challenge. Romance of the Three Kingdoms XIV (yes, you read that right – 14!), does its best to ensure that newcomers aren’t utterly abandoned, but be warned, as brilliant as this game can be, and it can be brilliant, for those without previous knowledge of the series or the historical novels upon which it is based (which I assume is just about everyone west of Japan), no short amount of patience and effort will be required to get the best out of this deep, enjoyable, but occasionally obtuse title.

Made by the team at Koei, those famous for the unendingly popular Dynasty Warriors games and their myriad of Musou-based offshoots, this decidedly slower paced, but no less epic strategy title was actually one of the first games upon which the companies’ success was built. In terms of core mechanics, the Romance series couldn’t be further from the titles for which Koei have become famous, but in terms of tone and content, there is actually quite a bit of crossover. In fact, if you’ve played enough Dynasty Warriors in your time, you’ll likely be at least partially familiar with some of the history, factions and battles referenced throughout.

Even if you are though, the first few hours of Romance XIV can be more than a little intimidating. Yes, there are plenty of tutorials and there are what appears to be encyclopaedias worth of both historical and gameplay-based information, but honestly, while it’s all there, you kind of have to go looking for it. If you just jump in, well, the game does assume a certain level of competence, a level that I clearly didn’t have. As I said, patience is required, but stick with it and you’ll be treated to a largely enjoyable and often hugely rewarding experience. 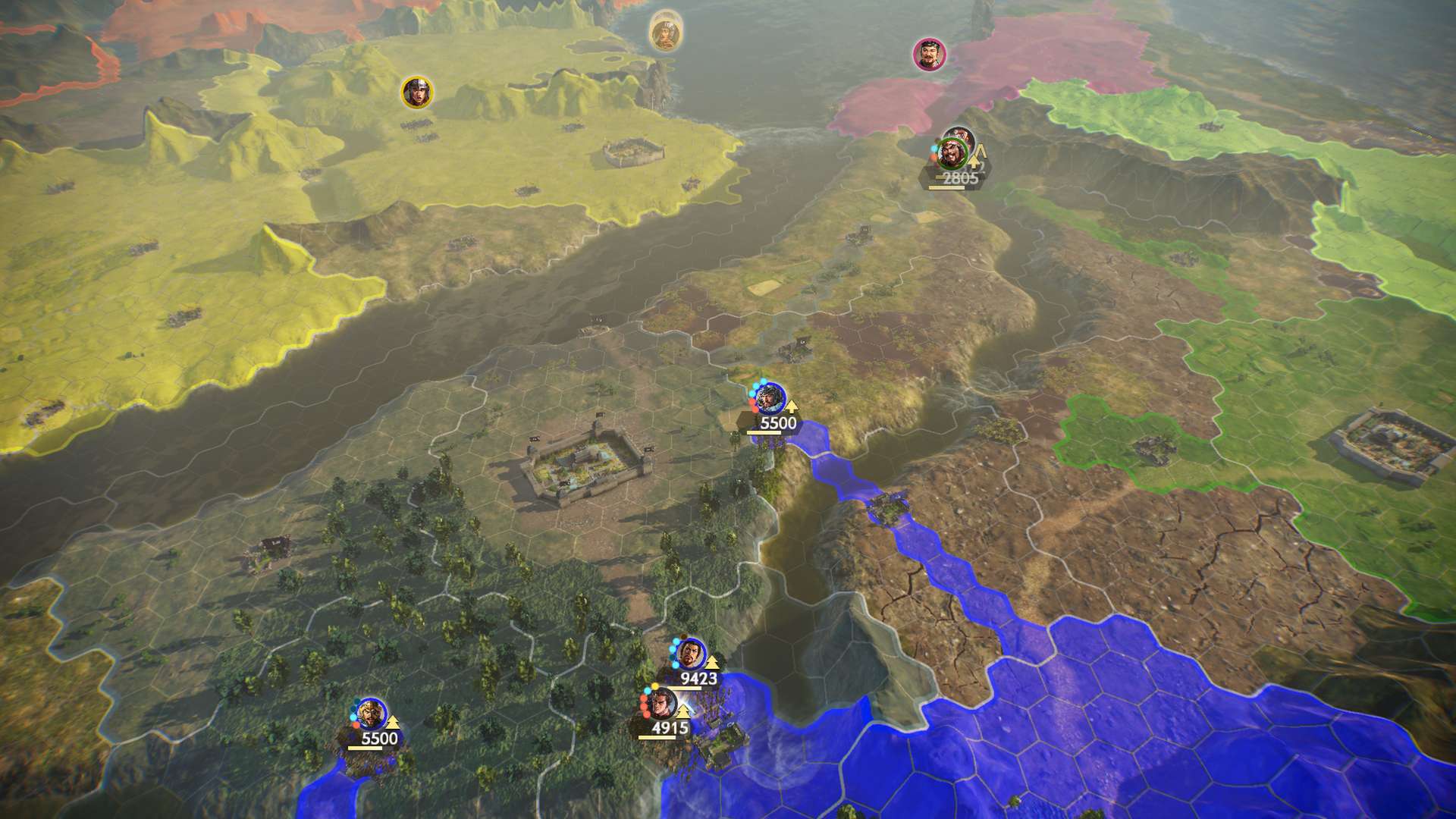 Set in the 12th century, the core aim in Romance IX is to conquer and ultimately unite China. With tons of both historically accurate and fictitious battles to fight through, and a huge number of generals and factions to choose from, the options available to you are massive. The different style of each general also allow for unique approaches, with some encouraging diplomacy and others all-out war and destruction. Sure, the core gameplay of setting up your armies, planning your your strategy and then watching it all unfold with a  final press of the button never really changes, but your more immediate goals and aims can vary wildly.

Once in place, watching those battles unfold can be a hugely gratifying experience, but sadly, getting to that point can be occasionally arduous. Despite being built primarily for consoles, the control scheme can feel initially convoluted and clumsy with menus hidden within menus and infuriating inconsistencies in the control method from one task to the next proving initially exasperating, but like everything else with this game, stick with it, and it all starts to feel like second nature after a while.

And that’s the truth of so much of this game – while initially imposing, those systems that have been refined with returning players in mind, eventually start to make sense, and soon, everything clicks in to place. Battles, while visually a touch bland, are often exhilarating, and troop and inventory management, soon starts to feel intuitive and exciting (well, as exciting as inventory management can be I suppose). The only issue at this point is that, after struggling your way to initial victories, things can start to feel a tad repetitive in the long run. Sure, there are a multitude of approaches one can take to any given encounter, but once you find one that works, there is little reason to change things up. 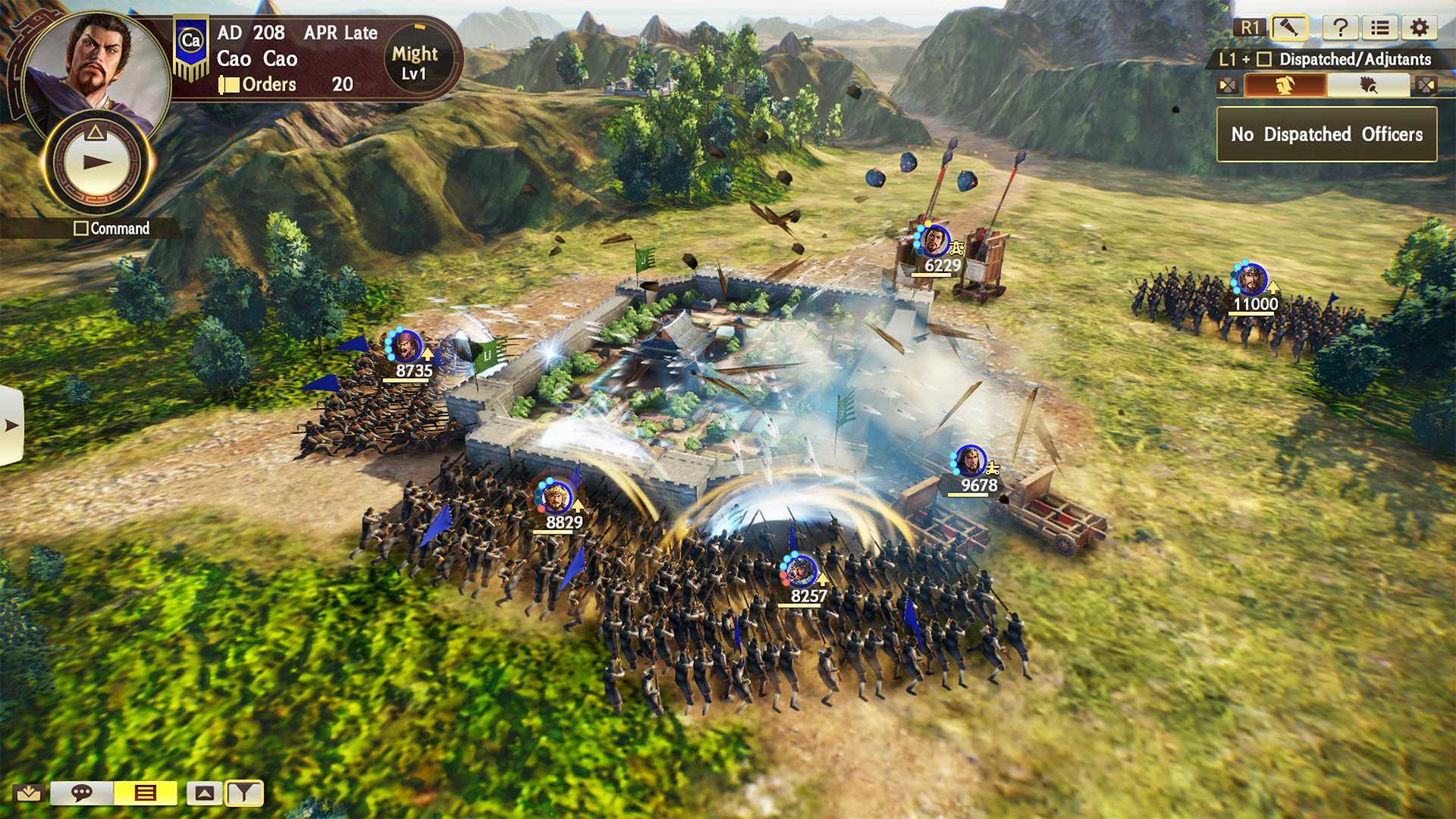 Also, while the control scheme does eventually click in to place, the new grid system (one of the few genuinely new additions for this 14th mainline release in the series), can prove somewhat fiddly in practice. In theory, it makes total sense – with China split in to grid-based areas, it makes your individual conquests and missions that much easier to follow and visualise, but in practice, moving your armies between them and managing your troops accordingly can feel more troublesome than it should. Perhaps it’s because it’s one of the games’ few new features, but this feels like an addition that, while full of promise, could do with a little more polish.

Speaking of polish, the visuals could do with, well, perhaps not more polish, but certainly a touch more in the way of wow factor. I get it – this is a strategy game, I’m supposed to be looking at maps, but come on, other games at least attempt to spice things up rather than have the player spend the vast majority of their time staring at what is a relatively boring looking map of China. It’s all very serviceable, and yes, the visual flourishes that are employed all look perfectly pleasant, but there simply isn’t enough of them. Again, there is nothing actively wrong with the visuals, and from a technical perspective, it all runs smoothly enough, it’s just a bit, well, bland.

Romance of the Three Kingdoms XIV has its fair share of problems, and is not particularly welcoming to newcomers (something that probably shouldn’t come as a massive surprise given the fact that this is the 14th game in a 35 year old grand strategy series), but despite these issues and it’s somewhat forgettable aesthetic design, this still feels like a game that has been refined over years of largely successful iteration, one that, if given the chance, delivers an enjoyable and often rewarding tactical experience. It’ll take a fair bit of effort and patience to get used to some of its more obtuse design choices and to get up to scratch with its dense combination of both historically accurate and enjoyably fictitious Chinese history, but stick with it, and you will be rewarded with, what on console at least, feels like a genuinely unique gaming experience.

With tons of both historically accurate and fictitious battles to fight through, and a huge number of generals and factions to choose from, the options available to you are massive.