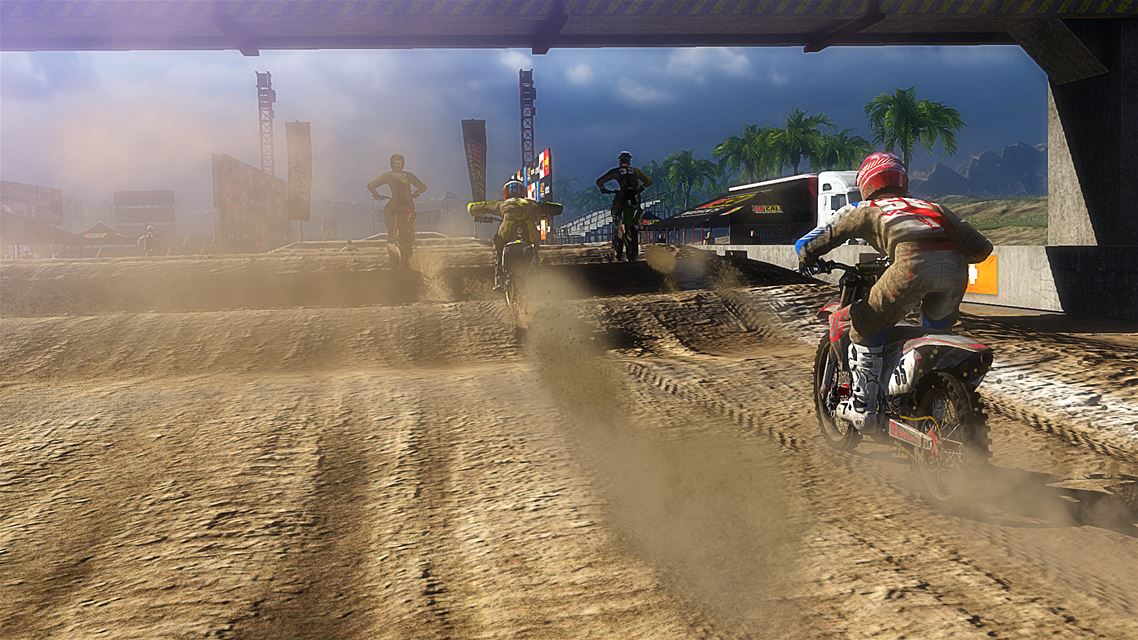 I’m not the biggest fan of all these re-masters and re-makes flooding the shelves at the moment, but if a developer is looking to bring a bit of attention to a lesser known title and to improve it by adding a substantial amount of new content then, heck, who am I to complain? MX vs. ATV Supercross was released by Rainbow Studios on pS3 just last year, and despite their decent track record in the field of off road racing, it proved a bitterly disappointing entry in the series. Ugly, awkward and sans outdoor tracks, it appeared to be an undeniable step backwards for a series that seemed further than ever from its PS2 salad days.

Luckily, the PS4 2015 vintage, MX vs. ATV Supercross Encore has added the outdoor tracks that were so disappointingly left out last time and, uhhhhh, well, that’s about it. Despite the addition of new tracks taken from the previously released, MX vs. ATV Alive, MX vs. ATV Supercross Encore remains a bit of a shoddy mess. The handling is awkward and twitchy, the trick system pointless and cumbersome and the visuals, man, those visuals. I appreciate that this is a re-release of a last-gen release, but even in its current state, this would be considered a butt ugly PS3 game. The animations are terrible, the draw distance is poor and the textures are muddy and unattractive. Heck, even the framerate is rubbish. For a game being moved to current-gen consoles, the very least one should expect is a decent frame rate, but here, it often shudders terribly, often enough to have an adverse effect on the already awkward handling model and trick system.

Needless to say, this has to go down as one of the most disappointing re-releases of the generation. Yes, the addition of the new game modes is a welcome one, but really, outside tracks should have come as standard back in 2014, so again, their inclusion hardly feels like justification for a title that does so little to warrant its existence on PS4 hardware. 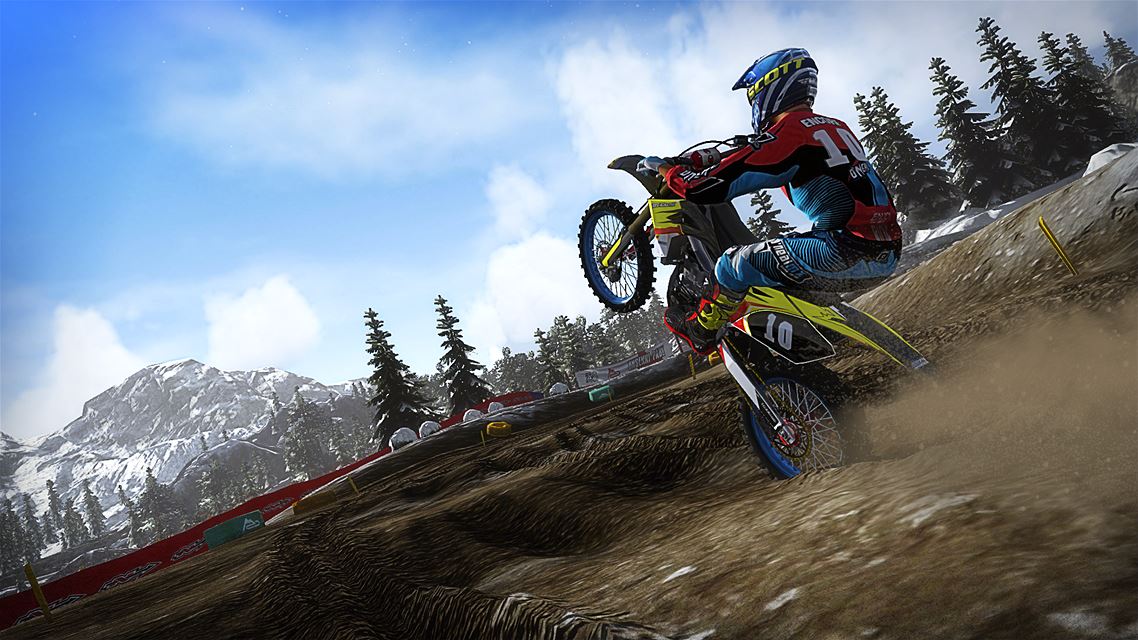 In fairness, if you do learn to get on with the fiddly control scheme and block out the unpleasant visuals, there is plenty of content here to keep you busy. With a decent array of online options and some much appreciated local multiplayer game modes, there is certainly loads to do outside of the sizeable career mode and the addition of Nationals, Waypoint, Free Ride and Rhythm Racing to go along with the previously included Supercross events.

Career mode offers the chance to go with MX, ATV, or a combination of the two, and while the option to choose your path is appreciated, the handling on both is pretty dire and thus comes down to a matter of aesthetic taste. Similarly with the customisation options, beyond the standard selection of visual and cosmetic changes, there is the opportunity to tinker with your vehicle, but sadly, nothing I did here had any major impact on the quality of the handling. You can change the control scheme and move the Rider Reflex controls to the same stick as the standard controls, but if anything, this actually makes handling even worse.

The Rider Reflex controls actually make a lot of sense on paper with the right analogue stick providing additional lean and control for jumps and corners, but in practice, it all feels far too fiddly, and when combined with the odd physics and inconsistent relationship between the track and the racer, turns even the most basic of actions into something of a chore. Like anything else, practice makes perfect, and you can learn to work with the controls and amend your play style to work within the confines of the game, but the fact of the matter is – MX vs. ATV Supercross Encore simply isn’t worth the effort. And besides, no arcade style racer should take this much effort. Learning the nuances of a control scheme is one thing, but for that to be worthwhile, the core mechanics have to work straight from the off…..sadly, nothing here works quite as one would hope. 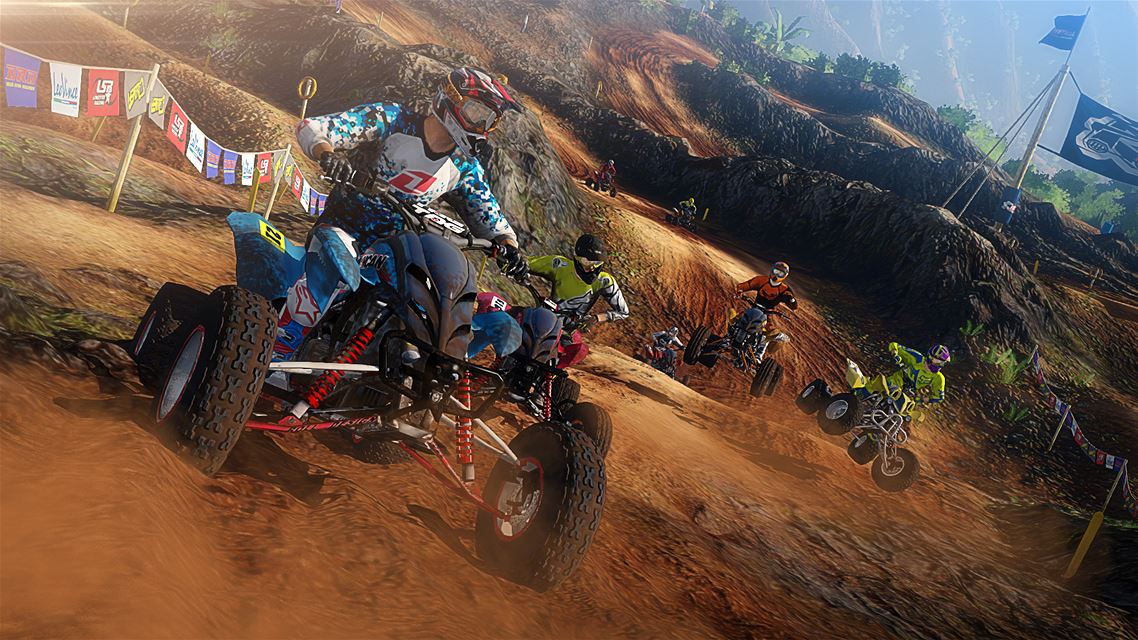 This goes for the tricks too. Largely pointless and almost universally without any benefit to the event being undertaken, these have also been mapped horribly with even the most basic of tricks requiring Olympic level finger gymnastics to pull off. Again, that might have been acceptable if the tricks were any good, but with physics this wonky, even the most perfectly executed trick can often prove detrimental to your chances of actual success.

Some re-makes and re-releases are easier to justify than others, but despite the inclusion of (partly) new content, MX vs. ATV Supercross Encore is a game that should have been undoubtedly left behind with the last generation of consoles. It was bad then, and honestly, it seems even worse now. Even with a handful of improvements to the visuals and a selection of new game modes available, the world has moved on since the PS3, and on PS4, the games’ faults feel more unforgiveable than ever. There is plenty of content here for those that learn to live with the awkward control scheme, but even for those especially eager for a new off road racer, this ugly and uncooperative return will provide an unwelcome reminder of just how far this series has fallen from grace.