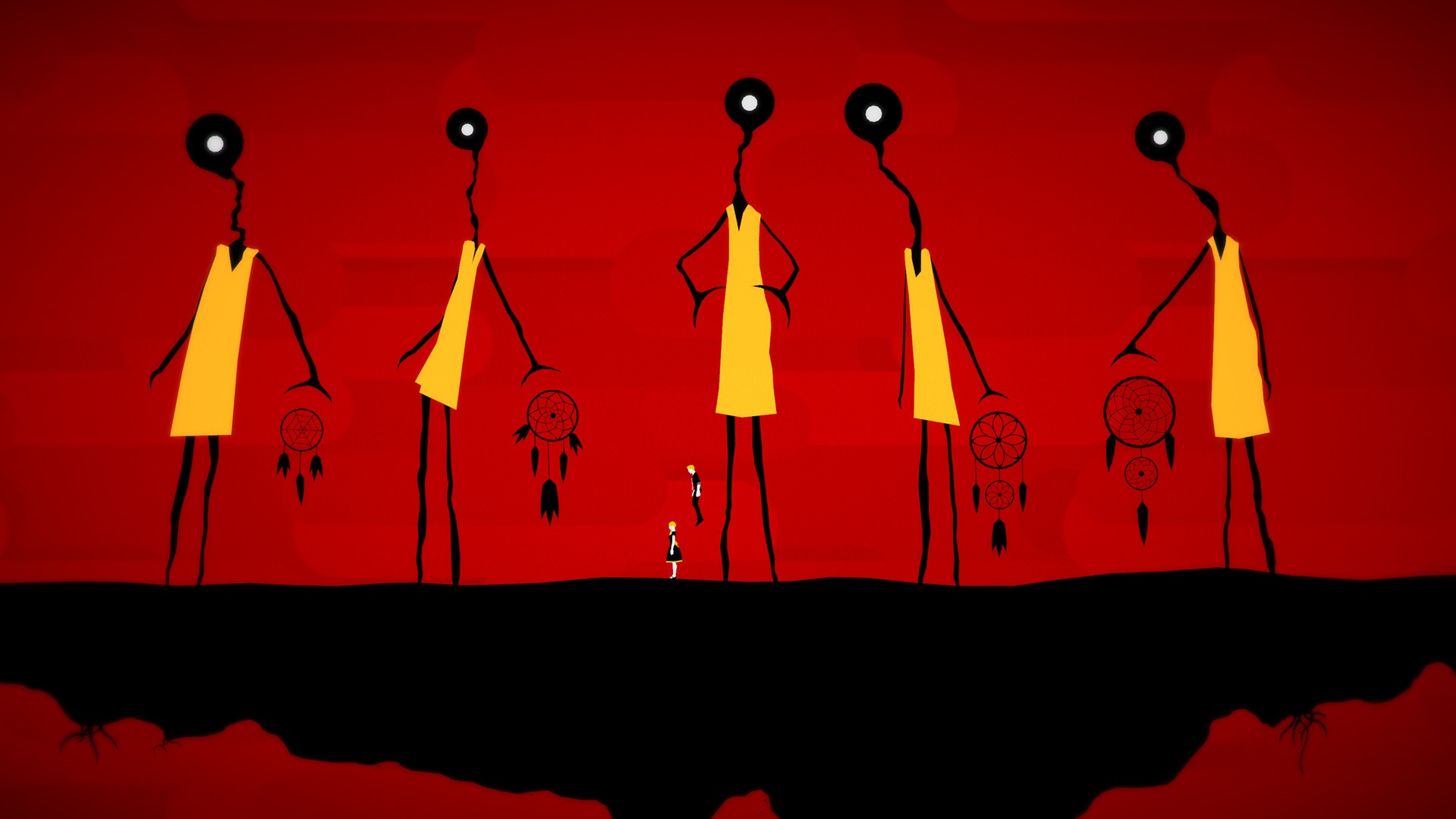 A ‘tulpa’, Wikipedia reliably informs me, originates in Indian and Tibetan Buddhism and is the concept of a being conjured into reality through sheer mental discipline. It isn’t necessary to know this in order enjoy this latest title from Rising Star Games (I wasn’t aware of what a tulpa was at the time) as there isn’t a standard narrative at all beyond guiding Ophelia and her tulpa Oliver through a mysterious landscape towards an unknown goal. This is indeed a game where the developers see the journey as more important than the destination.

Gameplay will feel very familiar to anyone who has played Limbo, as will the graphical style, as players seek to safely guide Ophelia from left to right (and right to left in every other chapter) with assistance from the ghost-like Oliver – both of whom actually remain nameless during the actual game itself. And maintaining Ophelia’s safety is important due to how vulnerable she is – and sharp items or longer falls can cause instant death, while prolonged separation from Oliver causes Ophelia visible distress before they both shatter. 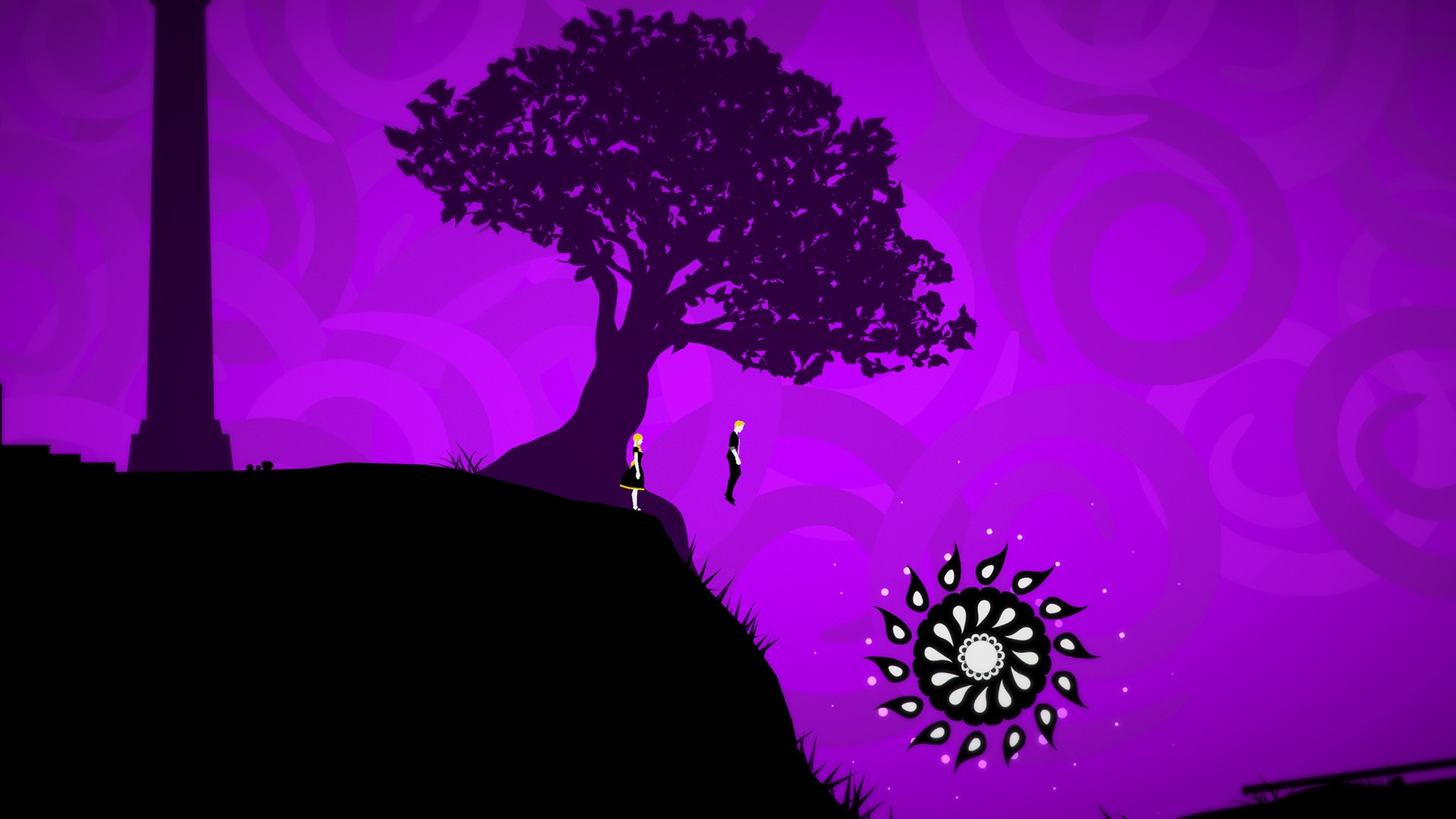 Control can be switched to Oliver at a single button press and you’ll often spend more time playing as this character. As well as being able to pass through objects and float through the air he can telekinetically manipulate certain objects to solve puzzles and allow progression – in contrast Ophelia is only able to manage a basic jump and can pull certain objects (an ability used less than a handful of times during the course of the game). Gameplay then is fairly languid as thoughtful care is needed to solve puzzles rather than relying on timing or reactions.

This relaxed pace does allow your attention to focus on the most striking aspect of the game – the beautiful silhouette graphics which again bear similarities to Limbo. Where they differ however is the use of colour. While Limbo was pure monochrome the various chapters of Tulpa feature rich backgrounds of red, green and purple with dashes of yellow on Ophelia and Oliver themselves. The levels in Tulpa are also fascinating and disturbing in equal measure as buildings and trees are soon replaced with strange spiritual apparitions and objects. For the most part these seem to have roots in Buddhist symbolism but there are clearly references to Christianity in there as well as occasional glimpses of Lovecraftian imagery.

The audio side of the game is more subtle, with no vocal cues and limited sound effects, yet the haunting sitar music definitely complement the visuals. The style and atmosphere certainly lingered in my mind well after I stopped playing. 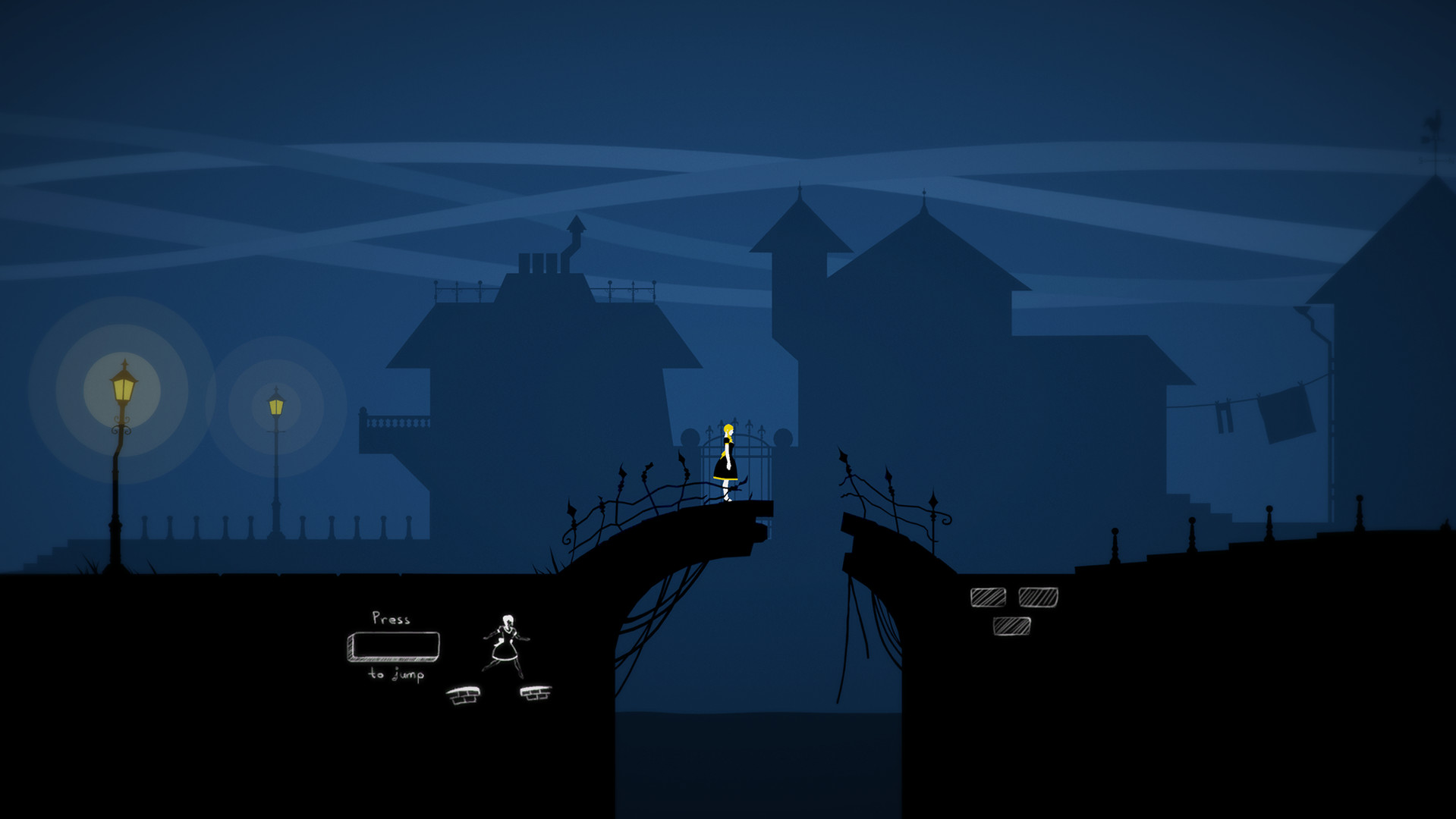 The main focus of Tulpa though is the solving of the various puzzles, which is actually the best and worst feature of the game. They generally involve using Oliver’s ability to levitate and arrange objects and taking the lead from the visuals can be quite unusual. A bit more thought and analysis is usually required to succeed, and clues to success are often hidden in the landscape itself. Successfully solving a puzzle can be very satisfying, yet at the same time when you become stuck it is very frustrating. At times the main difficulty can be working out what Oliver can parts of the landscape can actually be interacted with and several times I found the solutions too obscure and succeeded through trial and error.

Perhaps the main obstacle to me recommending Tulpa too highly is that despite getting stuck several times I was able to finish the whole game in only a few hours, and there is very little incentive to replay it. However as mentioned earlier, the journey rather than the destination is the focus here and I definitely did enjoy it while it lasted. For any fans of indie titles or puzzle games this is definitely a diverting way to spend an evening.